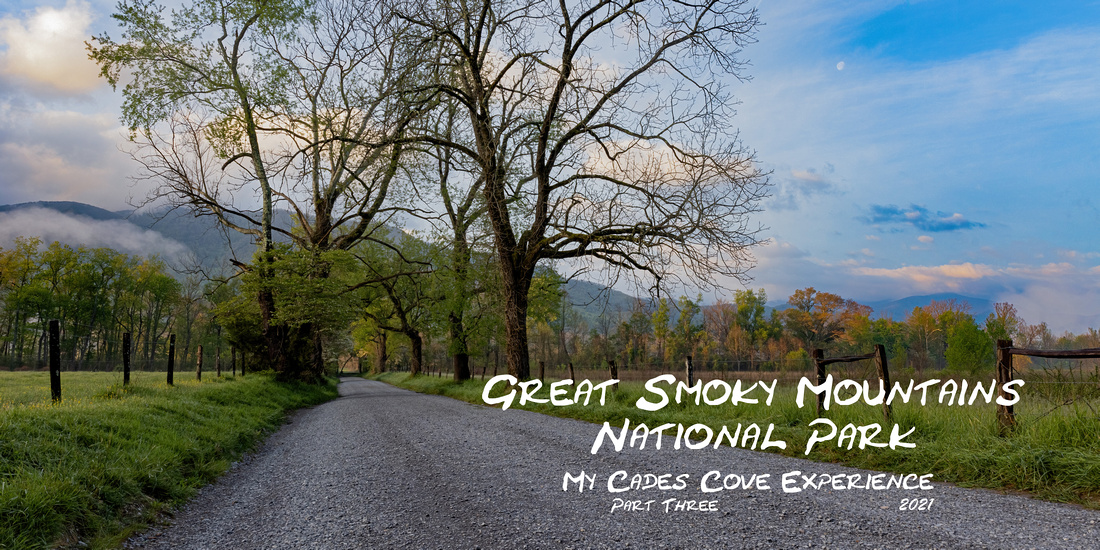 Thank you for returning for part three of this three part series of My Cades Cove Experience.  If you missed part one or part two, I suggest you catch up before reading this one.  Click the links below to get caught up.

My Cades Cove Experience Part One

Thursday morning the four of us hiked back to the area we previously saw a sow with four cubs.  She hasn't been at this location for a couple days so we thought we'd take a chance.  Also, this was Luke's last day and he was only staying in Cades Cove until noon so we were hoping for some good activity early.

Luckily, we did find some other photographers that found the bear family we hoped for.  Demonstrating the similarities of all the bear families we found this week, she and her cubs were laying behind a large tree in a dense area of the woods.  You could not see her or the cubs from where we had to stand.  We just hoped she would go to the green meadow when she became active.

We waited quite awhile for her to stir.  Finally, she walked out of the thicket, down the hill, and stood by a tree near the meadow. 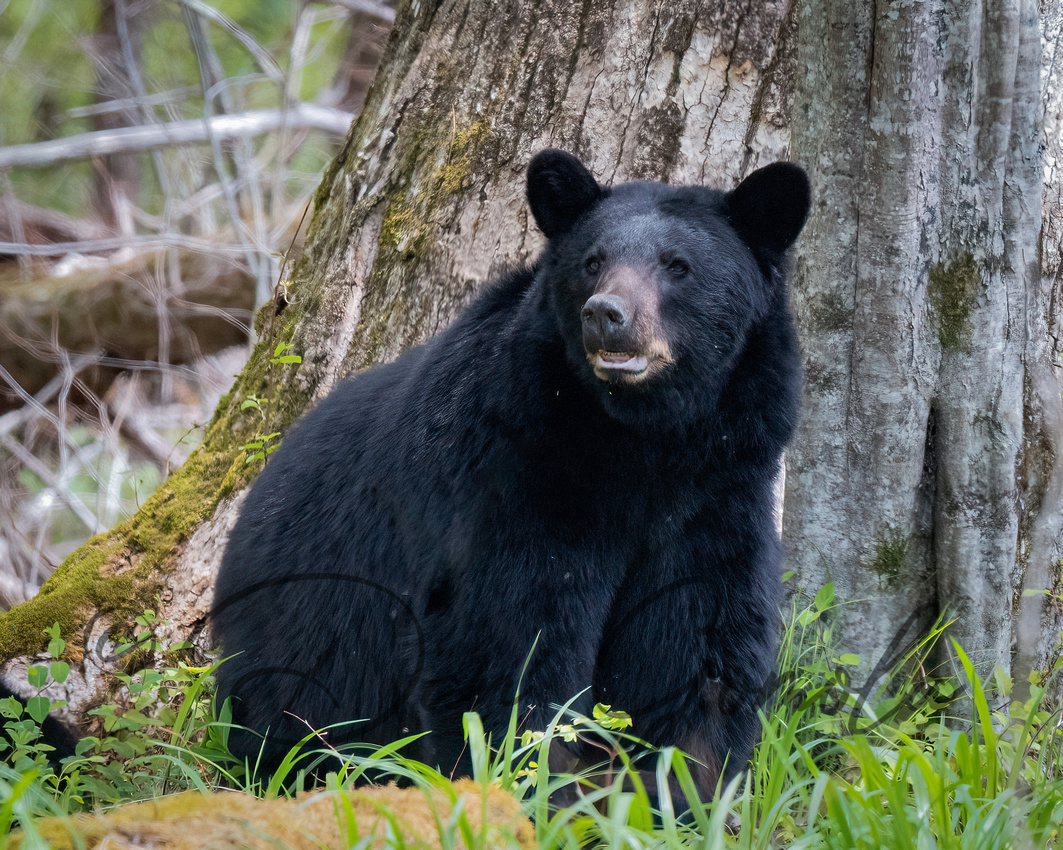 The four cubs, not quite as fast as mom, followed her. 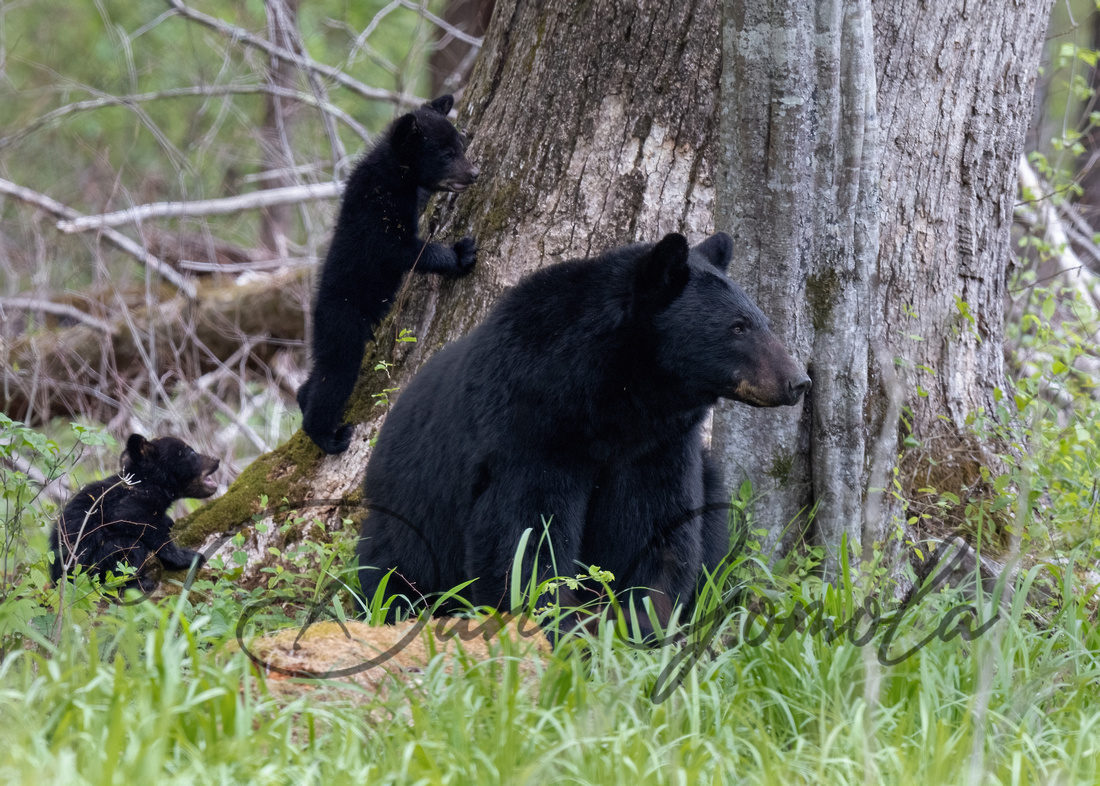 Once again, I think chewing on broken limbs is the number one national pastime of Black Bear cubs. 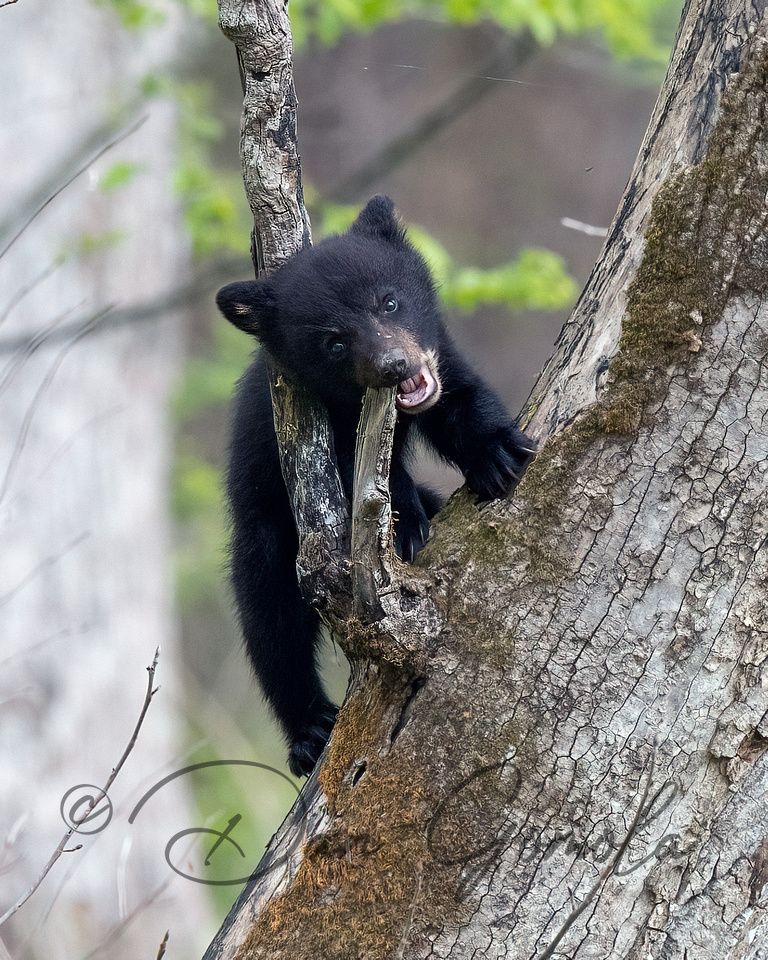 It's difficult to climb a tree when someone is behind you tugging on your foot. 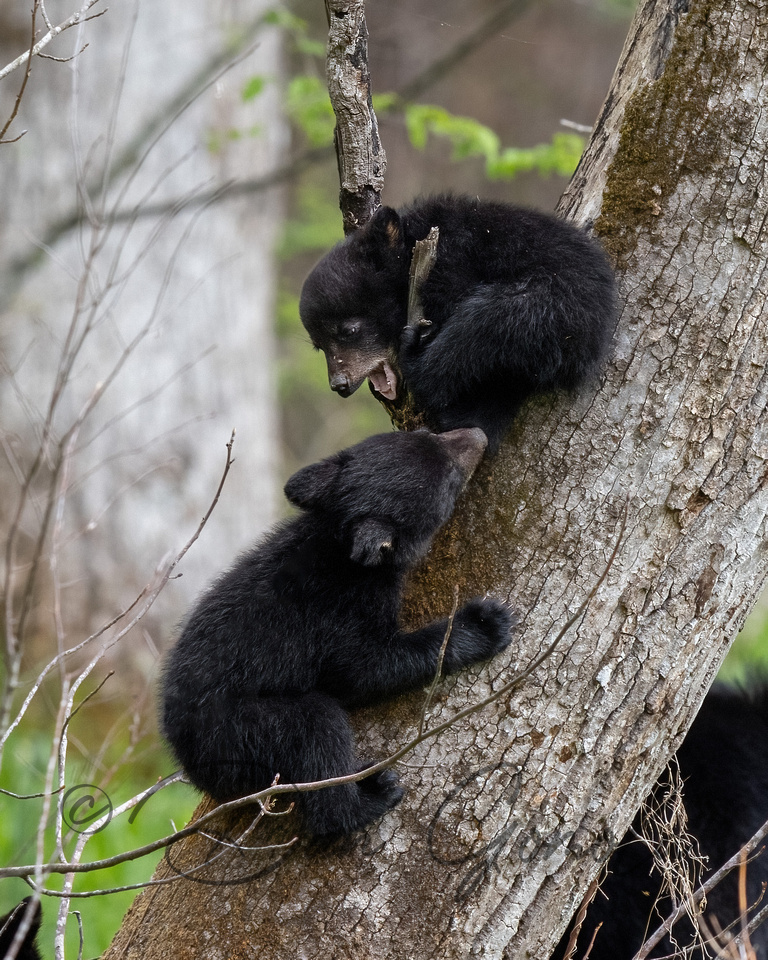 As the cubs played, mom roamed through the meadow eating grass.  Occasionally, she looked up to check on them.  If she couldn't see one, she quickly moved toward them to make sure they were ok. 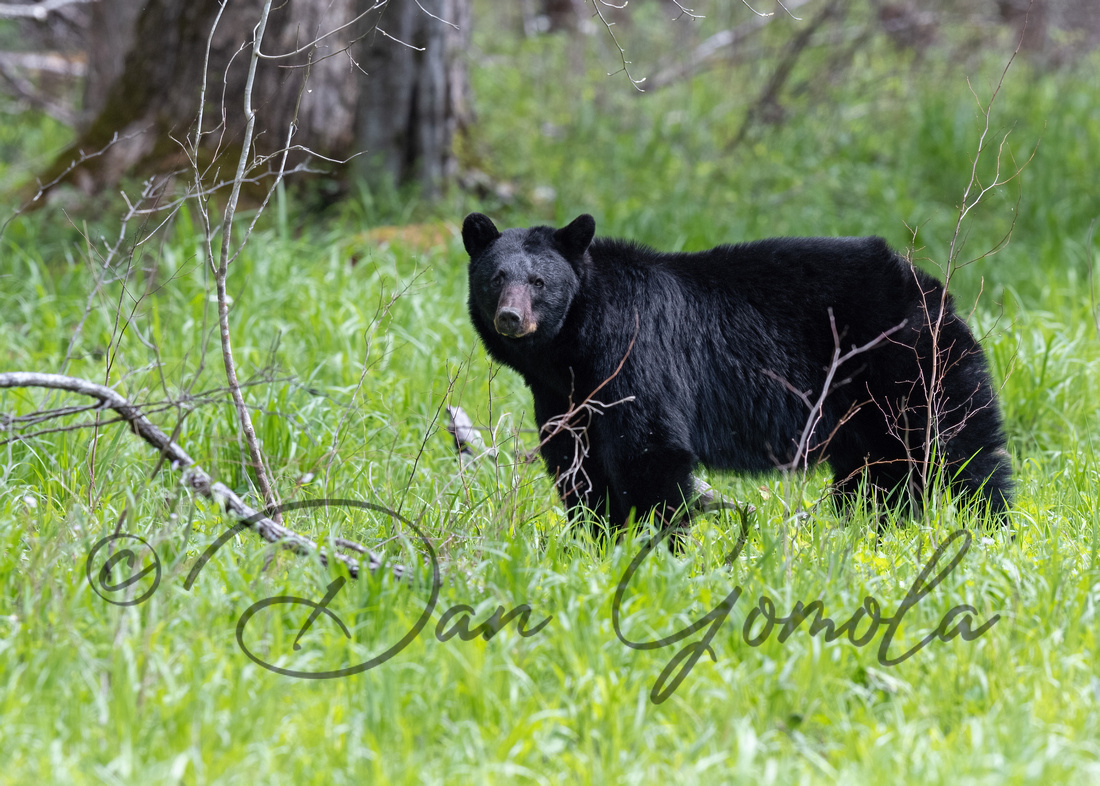 While three cubs continued to play, one cub climbed up a tree, sat on a branch, tangled its legs in other branches, and fell asleep. 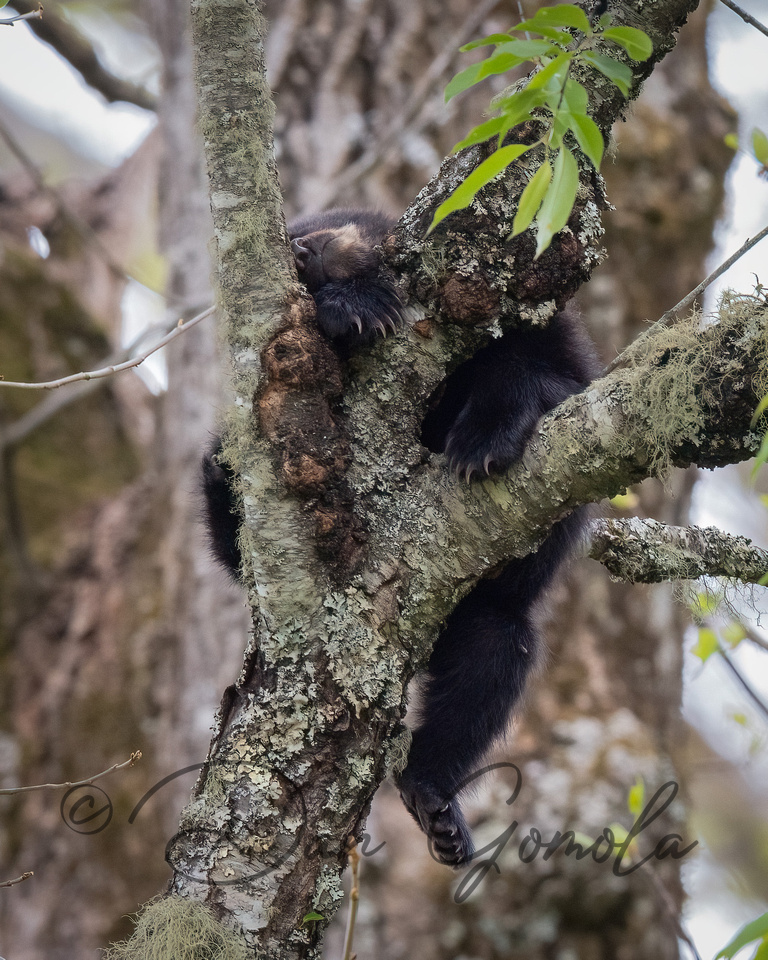 Before she took the cubs and headed back into the woods, I captured this short video.

Another day was in the books.  The bright sun and high heat were affecting our success.  The bears were becoming less active and more difficult to find.

We had some rain overnight so I was looking forward to getting into Cades Cove this morning.  Capturing landscape images to showcase the fog was on my mind.  A slight breeze and the rising sun can cause quick change in the weather conditions.  I was slow to react to a few opportunities that would have made great photos but still ended up with a couple good ones.

The next three images were made this morning along Sparks Lane.  I managed to catch a little of the "smoke" rising from behind the tree line and a thin line of ground fog that was evaporating quickly. 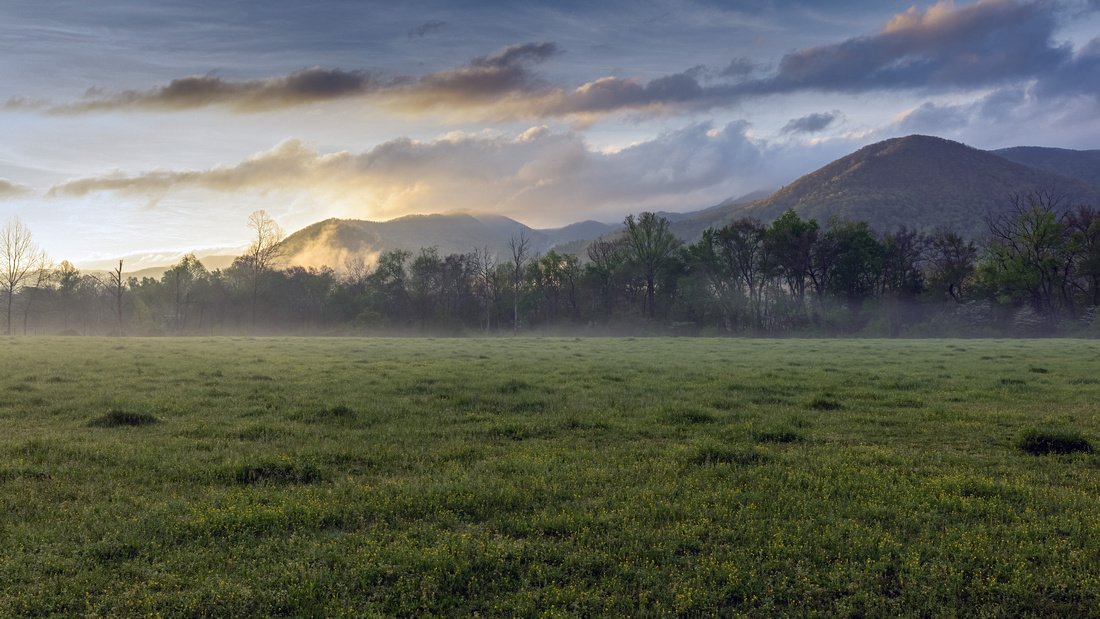 After making the last image, I looked to my right and saw this scene.  The ground fog burned off very quickly and the glow of the rising sun added vibrance to the background making it look like an October scene instead of April. 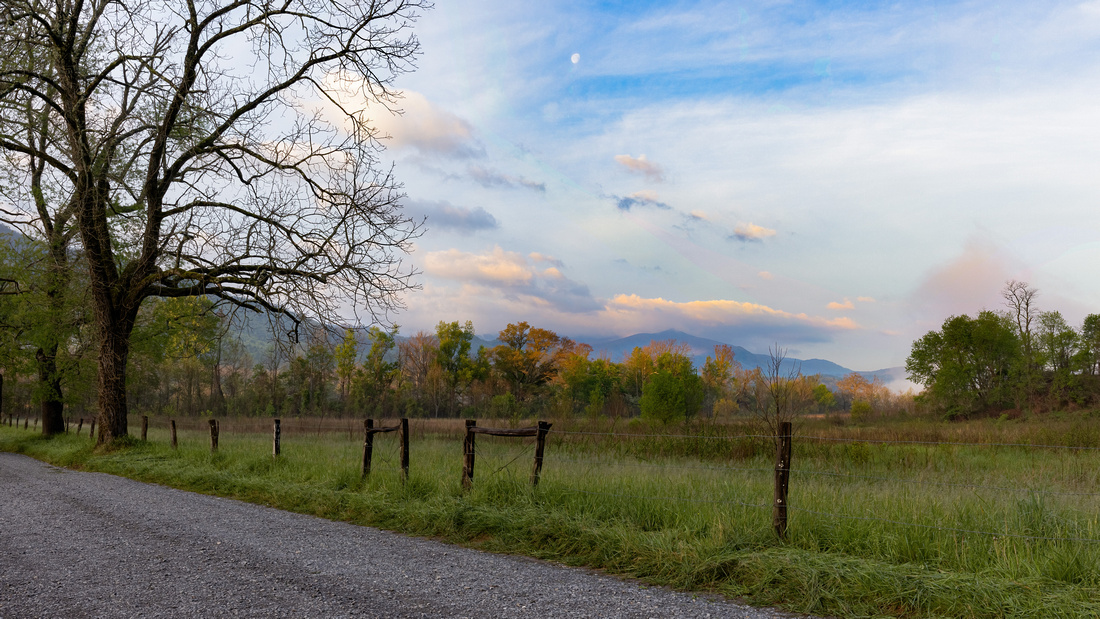 Here is a shot directly down Sparks Lane.

Within minutes, the sun was above the distant mountains.  I looked back to the left and made this image.  At first, I didn't think I was going to like it because of the extreme differences in brightness.  After post-processing, it is one of my favorites and will probably end up being a large, glossy, metal print on our wall soon.

I'd like to say our last day there was a fantastic photography day but it wasn't.  The sun was so bright, making everything shiny, it took the wind out of our sails when compared to the first few days.

I made this one last Black Bear photo before leaving the park around noon.  Tom and I had one more stop in mind and then we'd wrap up this trip. 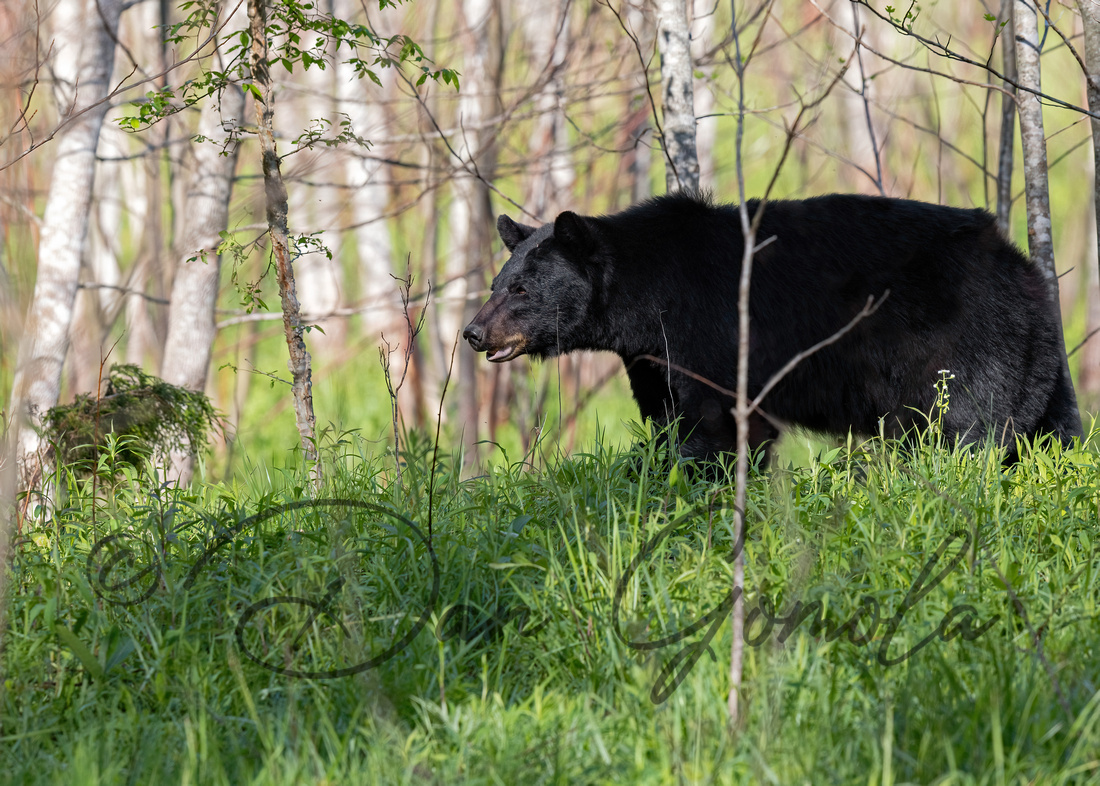 Laurel Creek runs along the Laurel Creek Road, the only paved access into Cades Cove.  There is one spot with a nice cascade and we passed it every day.  On the way back to Townsend, Tom and I spent about 45 minutes making images there.

It was only mid-afternoon but we decided to call it quits.  Like I mentioned before, the weather wasn't on our side and it would be hard to beat the experiences we had during the week.

On our first day in Tennessee, a guy we met in passing told us to try the food at Smokin' Joe's BBQ in Townsend.  So, for our last night in the smokies, Jake, Tom, and I decided to try it out.  The food was pretty good but the Black Raspberry Cobbler hit the spot.

Saturday, May 1, 2021
The day has arrived to drive back home.  It was a great week and I accomplished more than I imagined.

If you made it all the way to the end of this journey, thank you.  I appreciate your interest.