Striking Gold in a Pennsylvania Wetland

During the spring and summer, I spend a lot of time exploring our western Pennsylvania swamps and woody wetlands.  Among the waterfowl, turtles, herons, blackbirds, snakes, and Muskrat, lives a tiny golden ray of light called the Prothonotary Warbler.

Prothonotary Warblers build their nests in tree cavities or nesting boxes placed above the standing water.  They eat a wide variety of insects that are found in the swamps.  During the non-breeding season, they also eat fruit and seeds.

I wear my knee pads when I photograph this bird because I spend a lot of time kneeling on the ground along water edges.  I want to be as low as possible because when they hunt, they are usually only inches above the water. 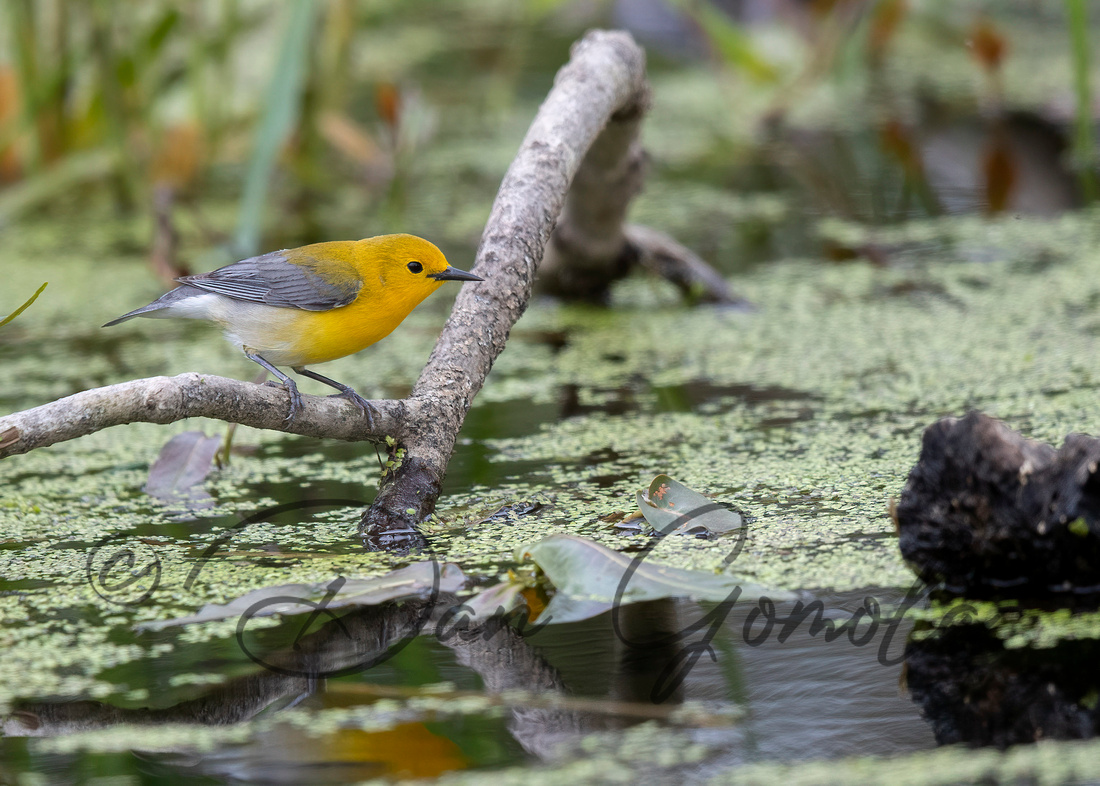 After a couple minutes on the perch in the previous image, he jumped to the nearby log to catch an insect.  Do you see another insect in danger on the log just above the water? 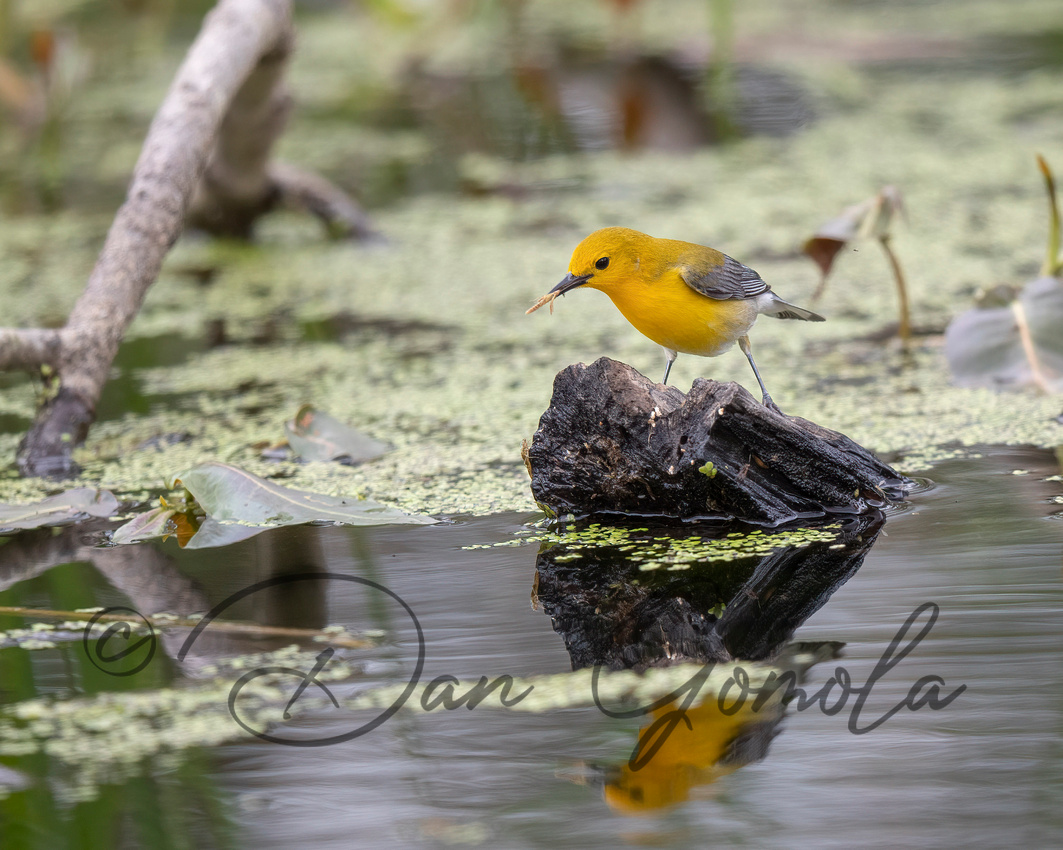 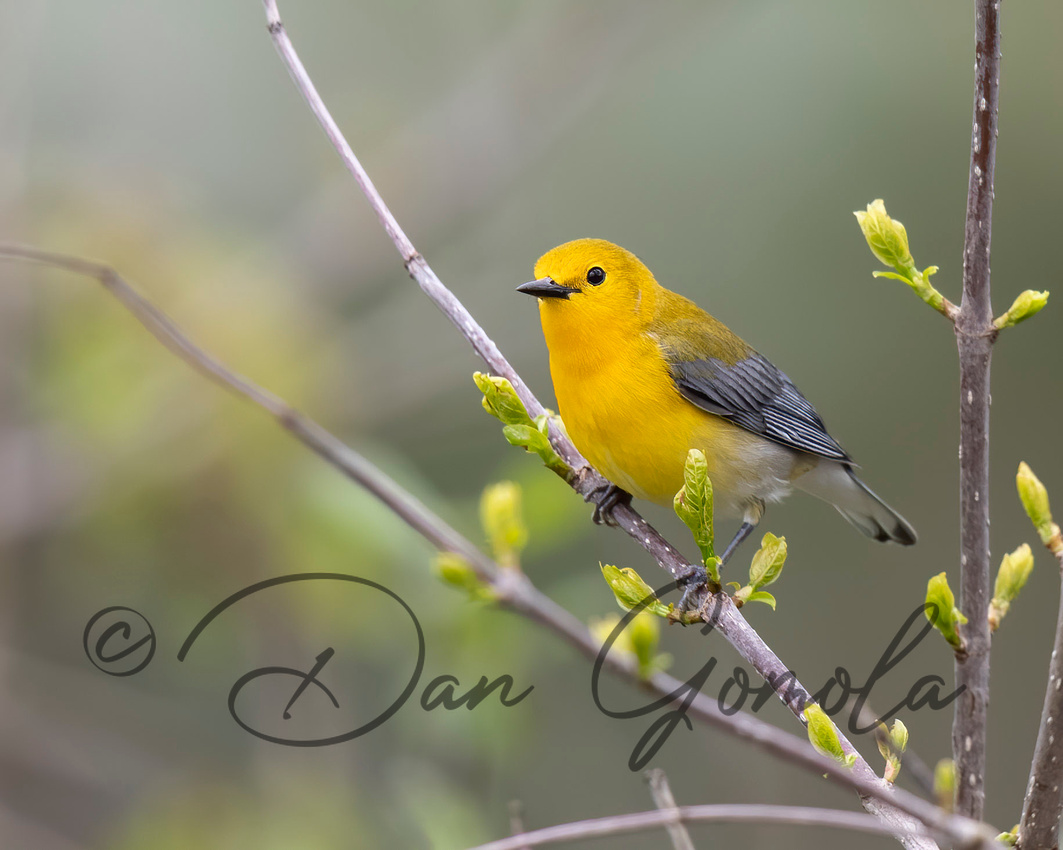 As I said earlier, I spend a lot of time low to the ground when I photograph these birds.  Yes, they do fly into trees and shrubs also but I have a fascination with photographing them while they are hunting.  Upon studying their habits, I learn their favorite hunting spots.  Despite the urge to get up and follow them when they fly, I try to stay put and wait for them to return.  That's the best way to make natural, behavioral photos.  This male just caught another midge. 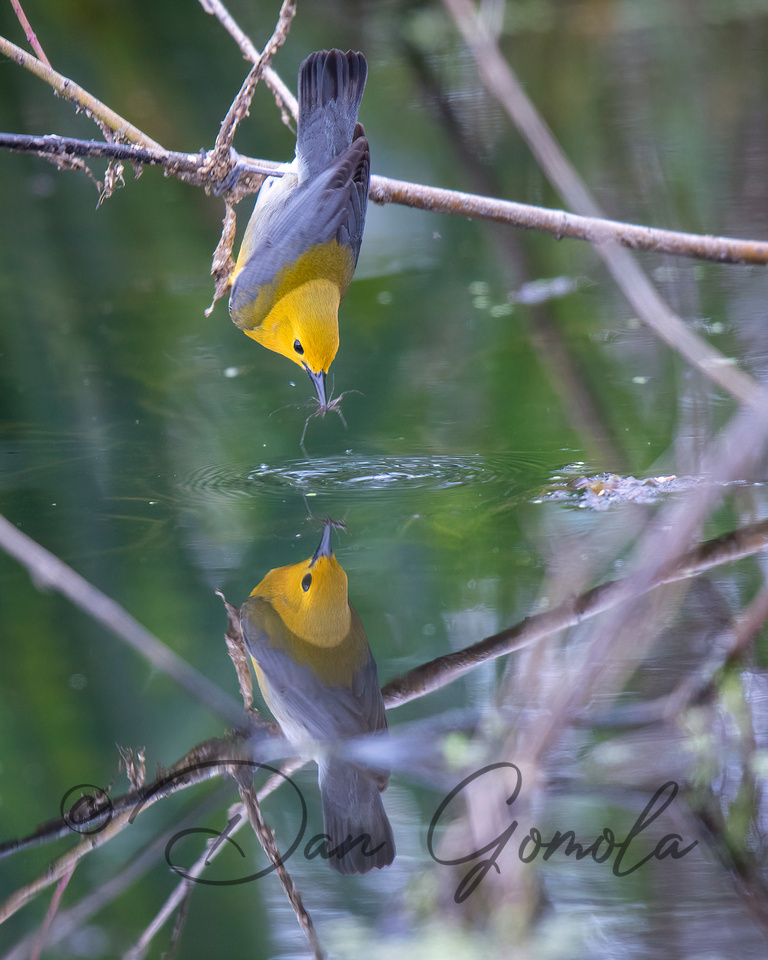 Only 5 inches long from the beak to tail, a Prothonotray Warbler weighs in at a whopping .44 ounces. 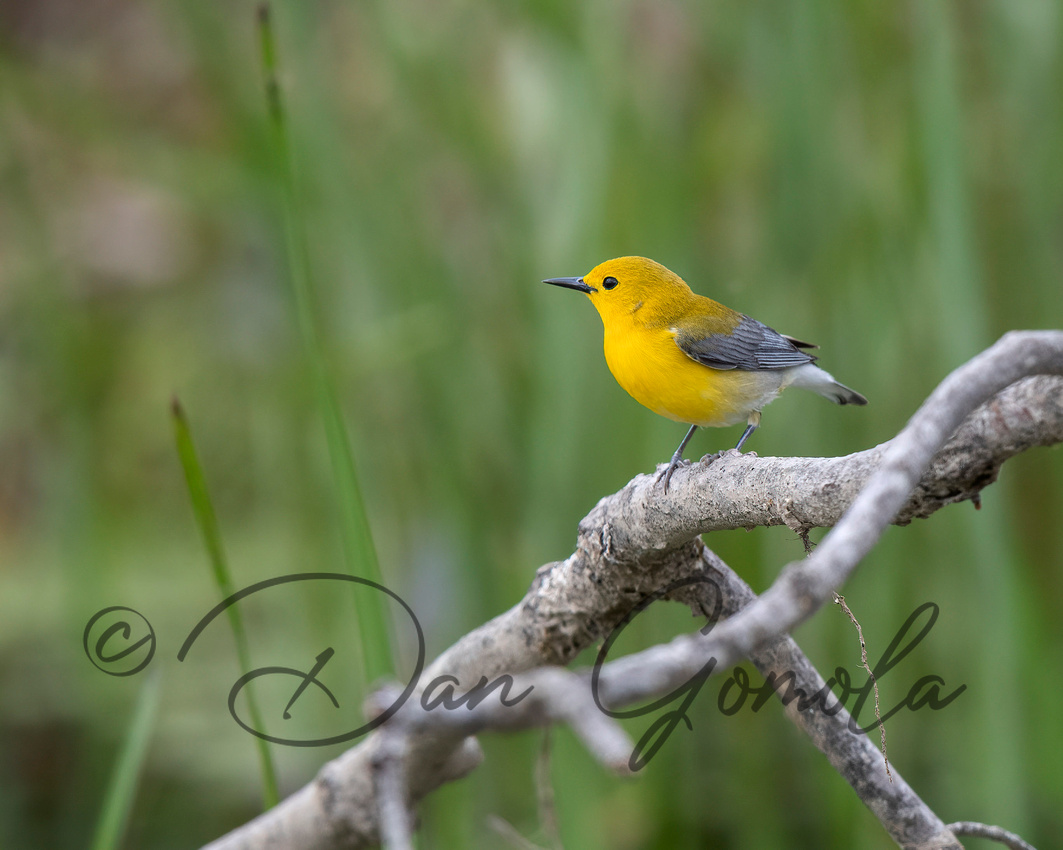 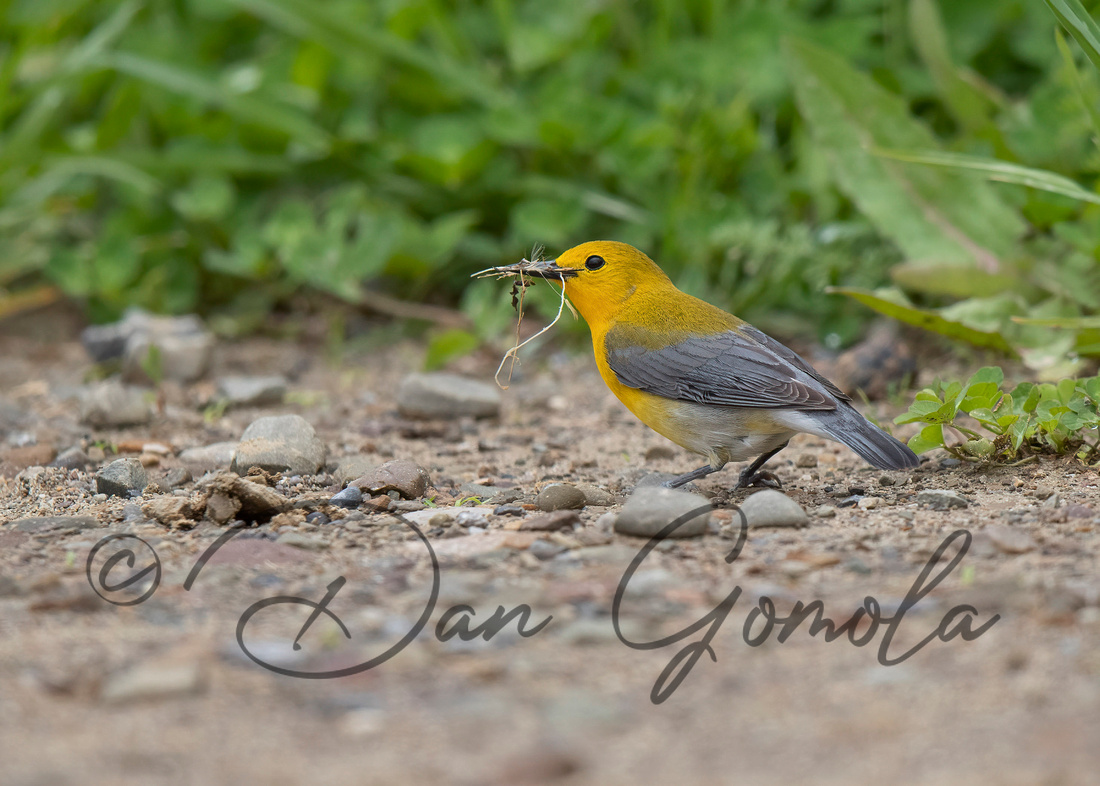 The next time you are driving country roads that meander through a dark, drab, woody wetland, be on the lookout for the golden flash of a Prothonotary Warbler.  Prothonotary Warbler populations are declining because of predators and loss of habitat.  There isn't much a single person can do to preserve these seemingly useless and intruding wet areas.  Just remember, every little bit helps and the less we destroy, we are preserving habitat for many species of wildlife.