One of the first signs of spring in eastern North America is the Louisiana Waterthrush.  When you come across a wooded stream with fast moving water, stop, have a seat, and listen for his metallic song.  Soon you may see one foraging on the rocks midstream or at water's edge. 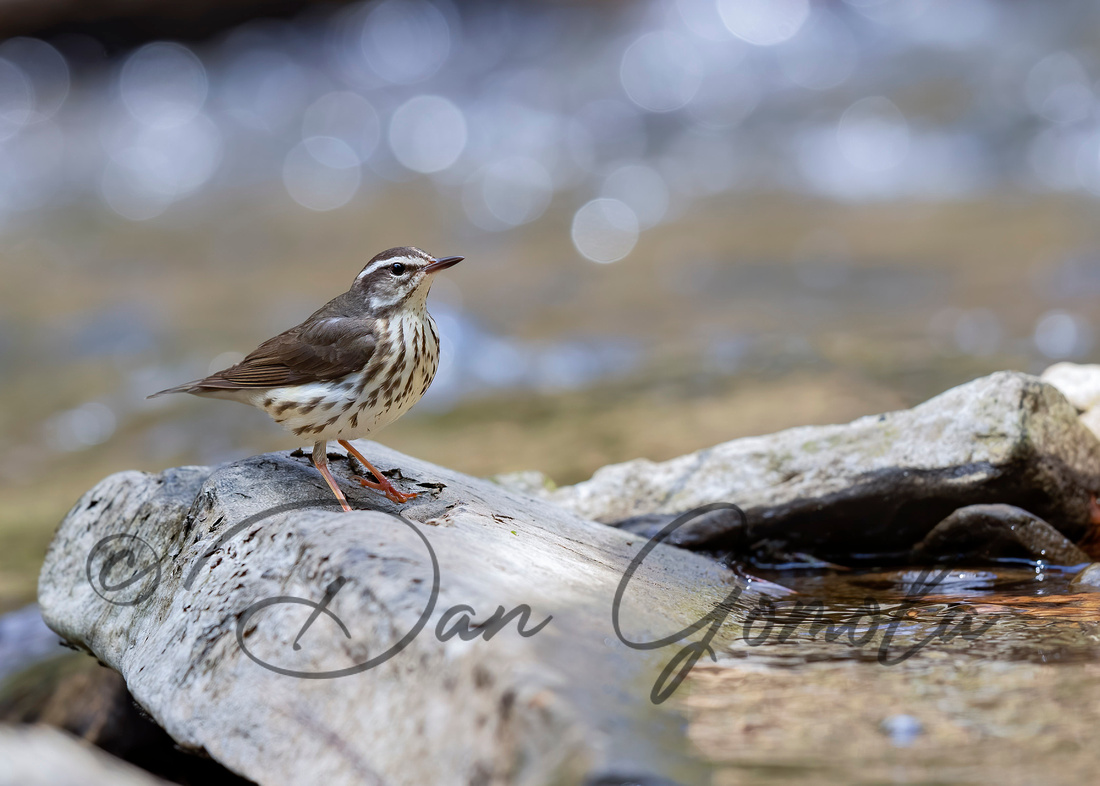 Although the Louisiana Waterthrush is a warbler, its brown plumage and bold streaking lets you know why it has "thrush" in their name.  As they move about, they tend to rock their body which causes their tail to bob up and down.  This bird's scientific name motacilla is Latin for "wagtail". 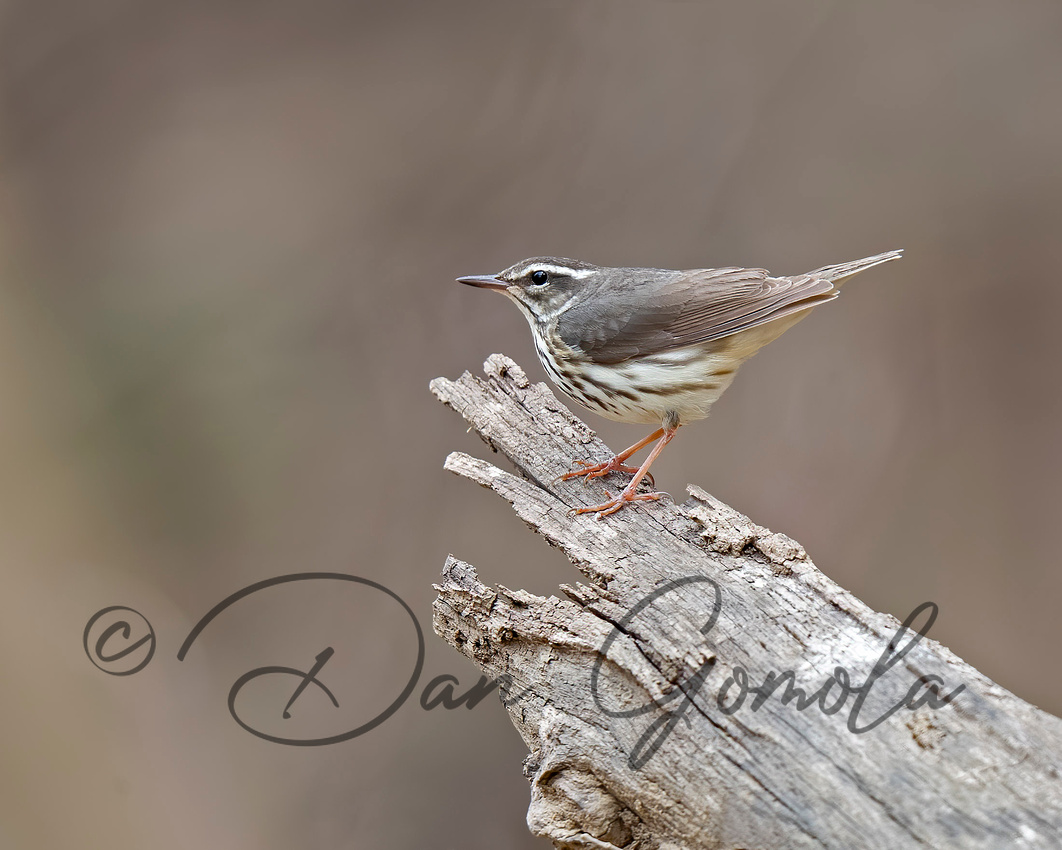 On both its breeding ground of eastern North America and wintering ground in the West Indies and Central America, this species stays close to moving water —especially forested streams and creeks. 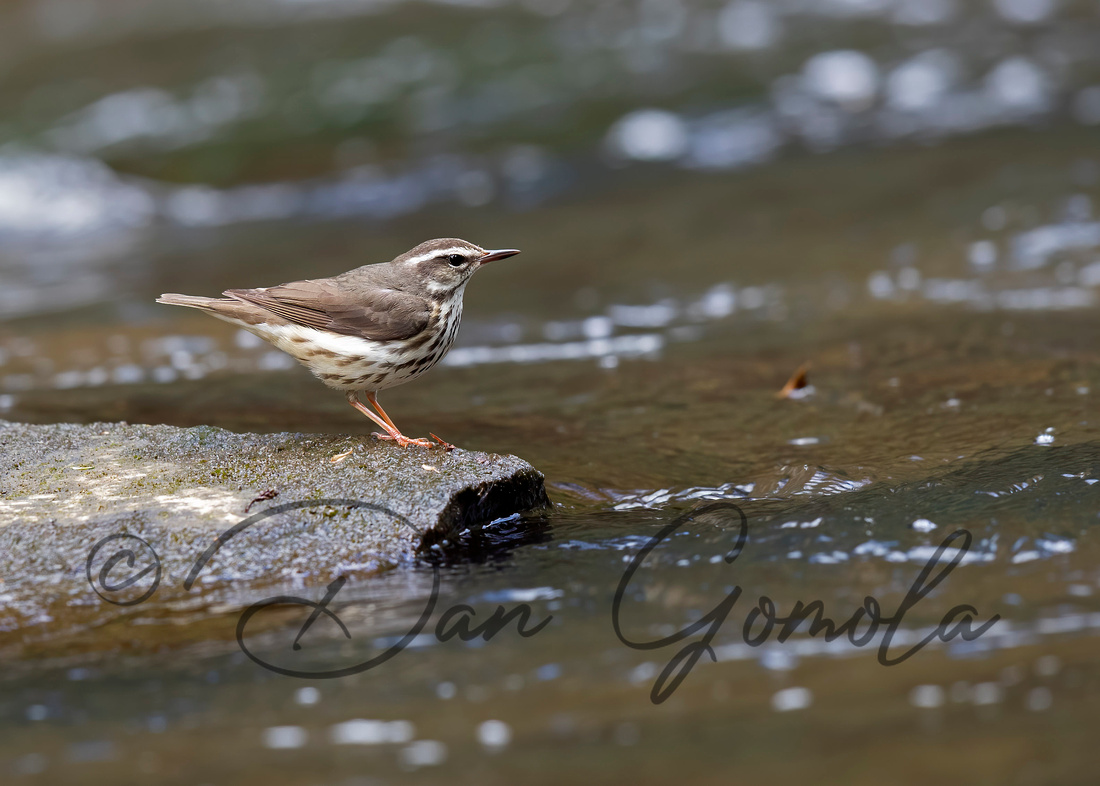