In the early spring, many species of birds travel from their winter home to the north where they will breed.  Many breed in various parts of the northeast including Pennsylvania.  Some continue into Canada.  I am writing this photo essay to show you photos of some of the earliest migrating songbirds that I photographed this spring (2020).

When I say early, I'm speaking about the month of April.  Most migrant songbirds begin to show up in my home state of Pennsylvania in May.  The Palm Warbler is one of the migrants that only pass through enroute to their breeding ground in Canada's boreal forests .  Though the Palm Warbler’s name might imply it is a tropical bird, it is actually one of the northernmost breeding of all warblers.  Only the Blackpoll Warbler breeds further north.

Last April, my wife Elena and I were walking our dogs in nearby Moraine State Park when I noticed a bird hopping along the ground bobbing it's tail.  I walked towards it to discover it was a Palm Warbler.  Once we returned home, I grabbed my gear and returned to the area to look for more Palm Warblers.  I found one. 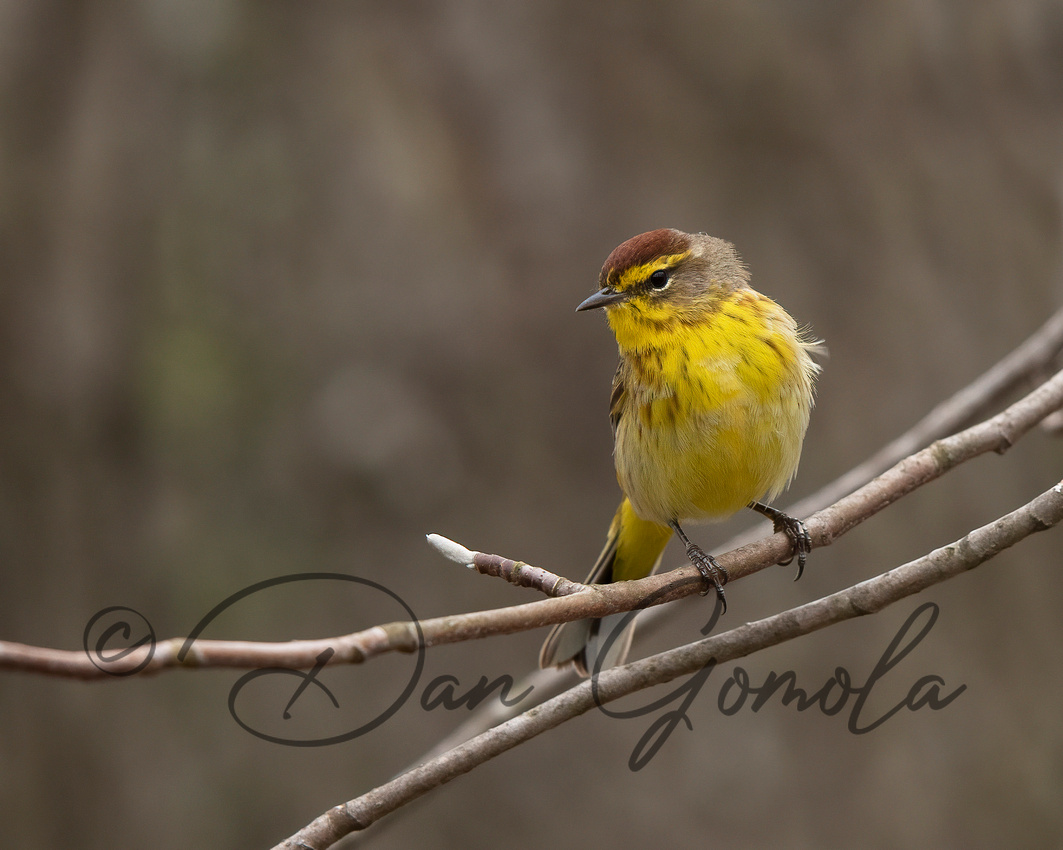 While searching for the Palm Warbler that evening, I saw other yellow birds jumping around the trees.  Knowing it's too early for Yellow Warblers, I watched and discovered there were also Pine Warblers.  Pine Warblers do breed in Pennsylvania but are usually found in pine forests.  Unlike most other warblers, you may find a Pine Warbler visiting bird feeders.  The Pine Warbler is the only warbler that eats large quantities of seeds, primarily those of pines. 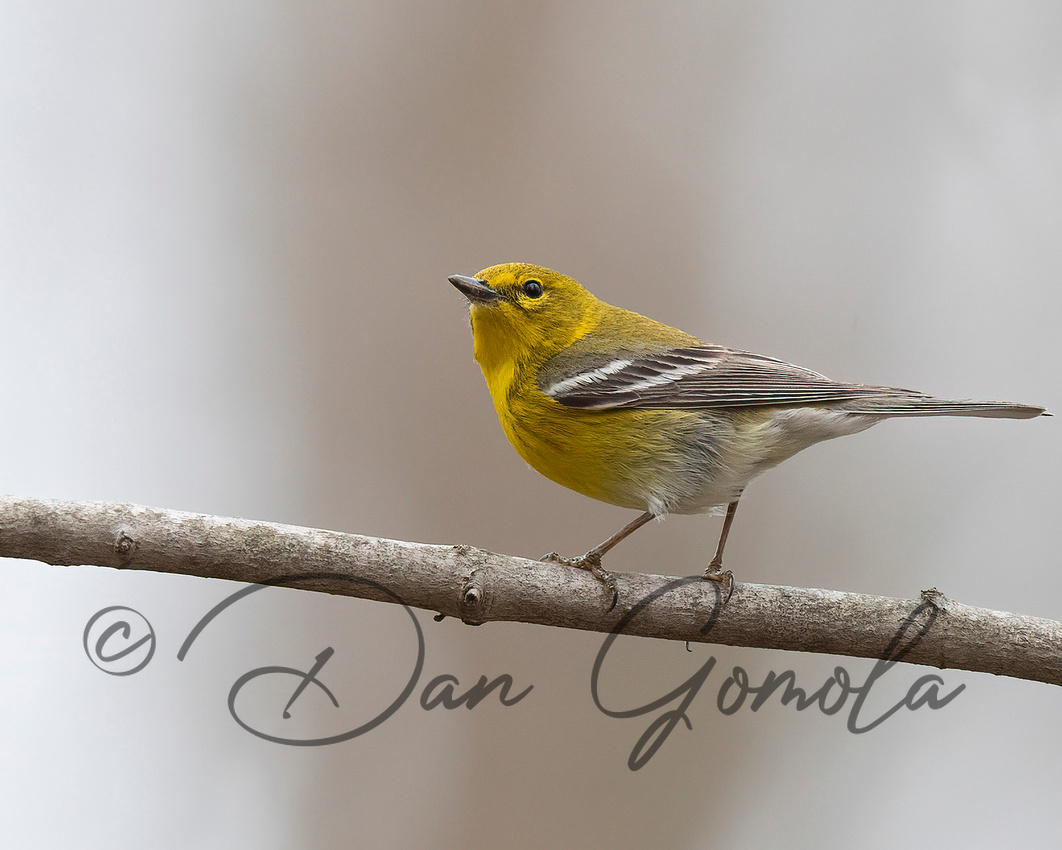 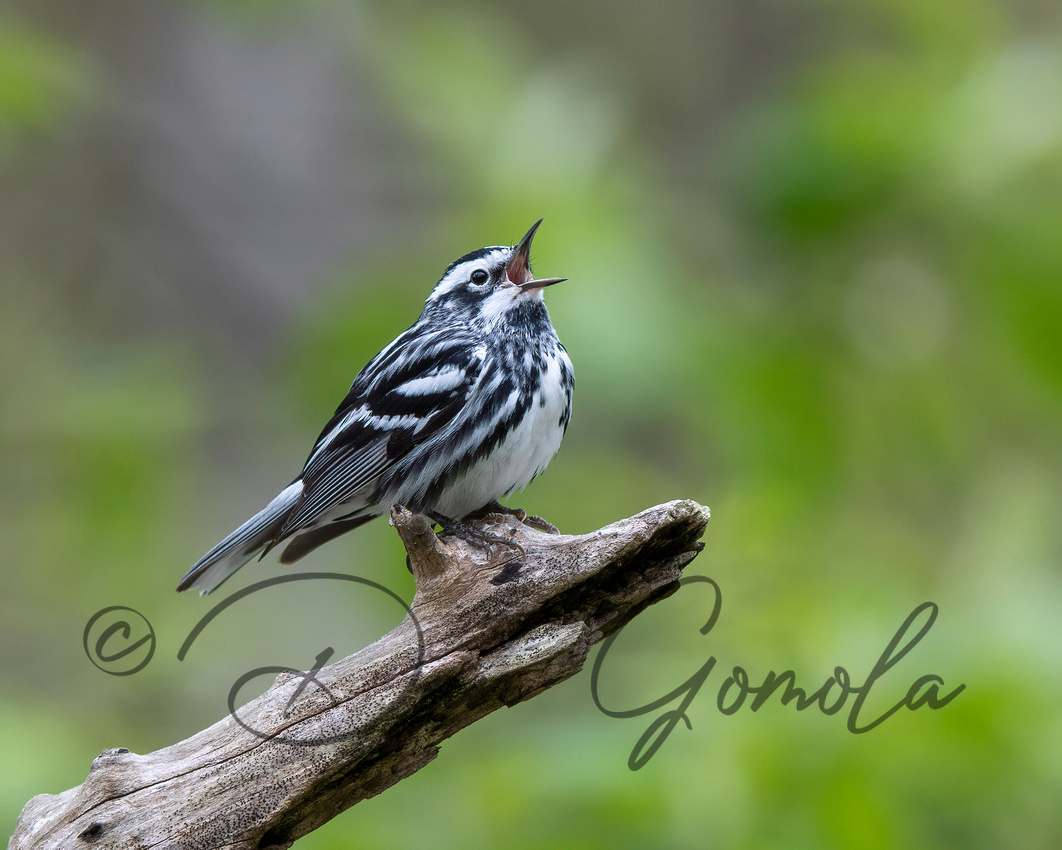 I struggle every year to get a really good photo of an American Redstart.  They jump around the trees so fast that I seldom get a clear shot at one. I wanted to point out the bright orange patches on his wings.  They are also present on his tail.  It is said they flash those colors to startle insects, giving themselves a chance to catch them. 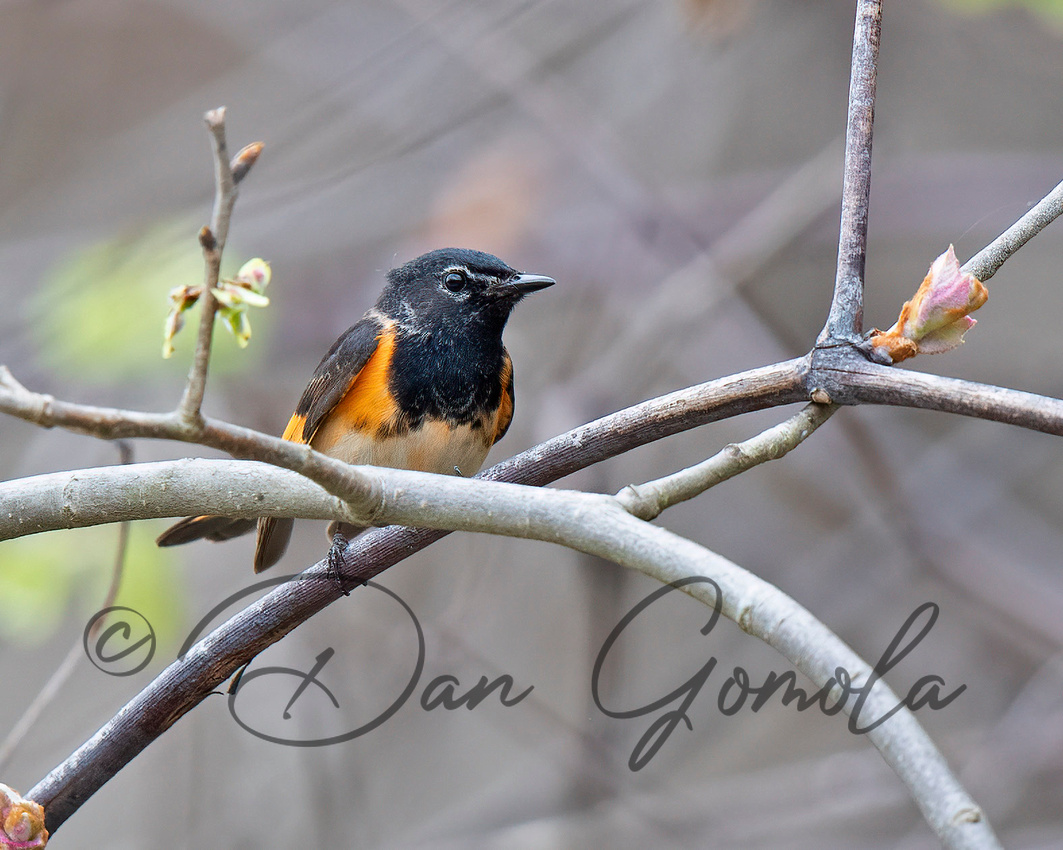 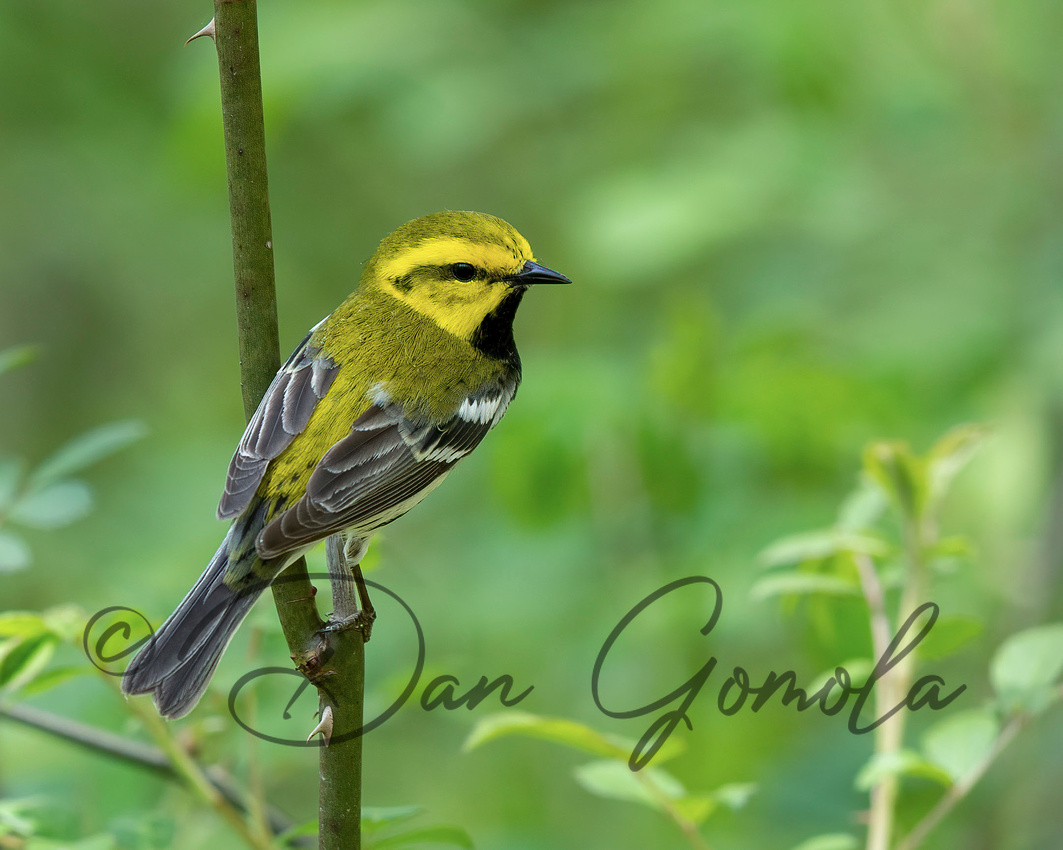 The Yellow-rumped Warbler is probably the most seen warbler in the northeast.  They do migrate as far south as Mexico and Central America but they can also be found year round in some parts of Pennsylvania.  In the spring, they seem to flood North America with impressive numbers.  Many people don't photograph them because they are so plentiful.  In my opinion, how can you pass up a bird as good looking as this male. 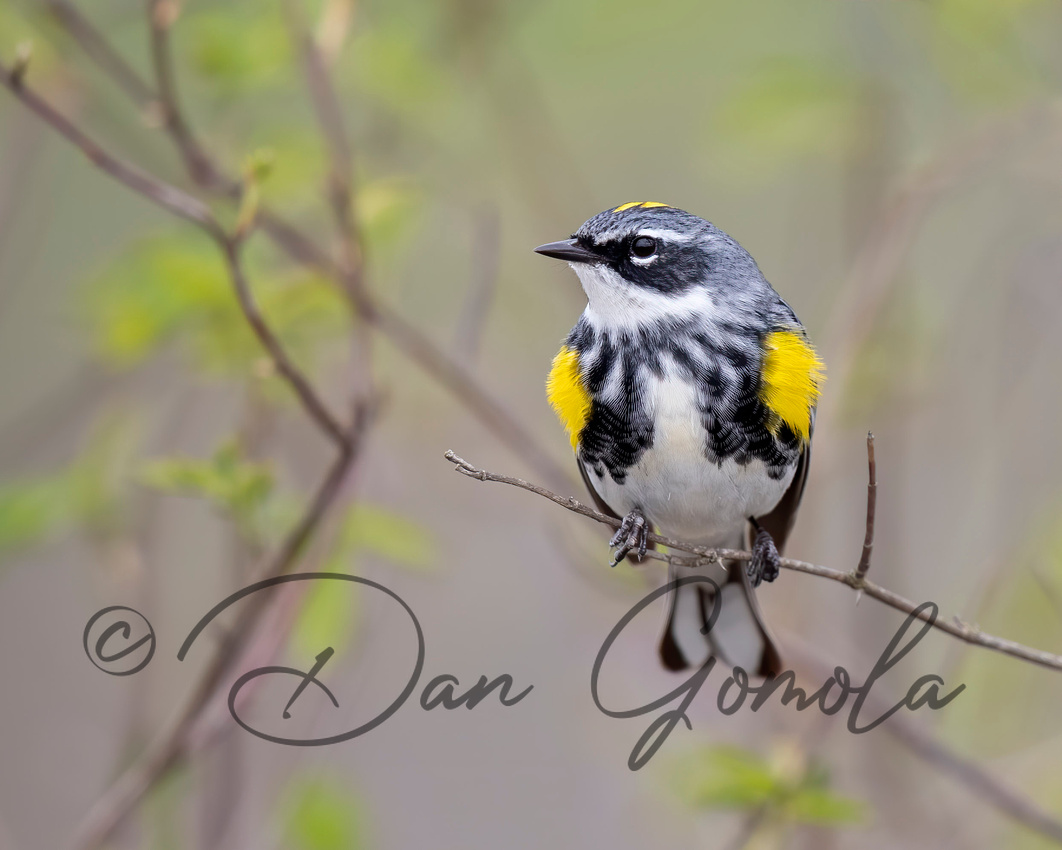 Even the female Yellow-rumped Warbler is beautiful.

The most tropical looking of our warblers is the Northern Parula.  They breed in most of the eastern United States.  They feed high in the trees with a habit of walking out to the very end of tiny branches looking for insects.   Luckily, during migration, they forage lower in the trees providing photo opportunities.  Parulas sing a lot in the spring so I find them by listening for their buzzy trill. 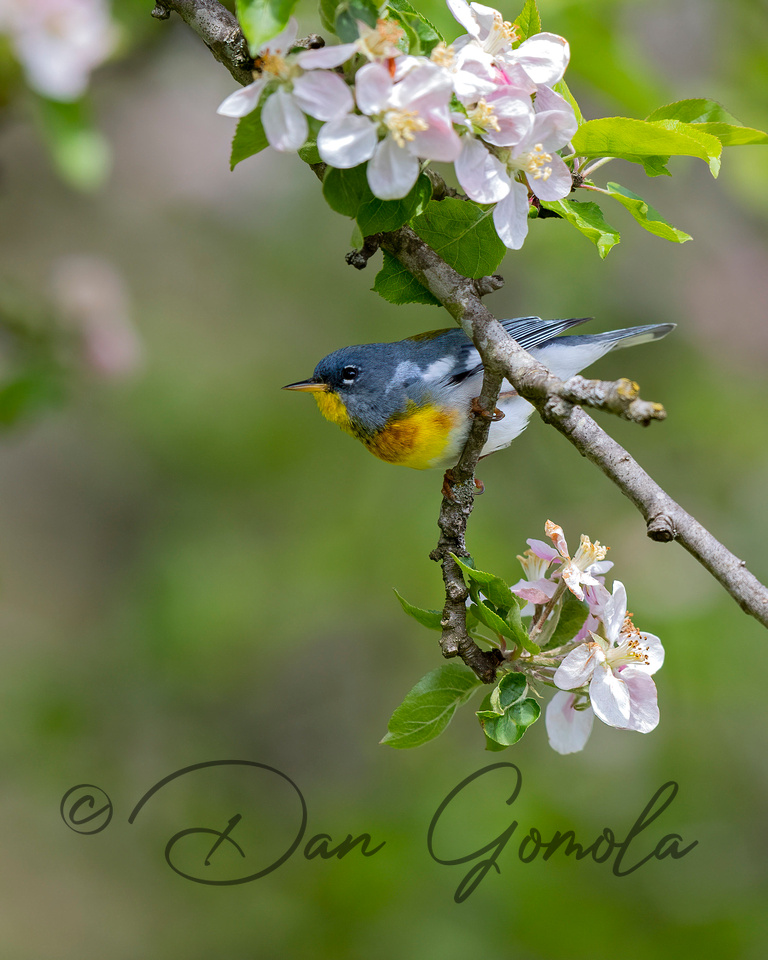 There are other species of warbler, Prothonotary, Yellow-throated, and Louisiana Waterthrush for instance, that arrive in April but I plan to include them in other photo essays to help single out their habitat preferences and behaviors.

As always, I hope you enjoyed the photos and information in this photo essay.