Exploring Our Wetlands - Part One

Our wetlands provide habitat to many species of birds and mammals.  I love spending time along these still bodies of water because of the many photographic opportunities.  In March and early April I spend some time in a blind photographing waterfowl.  That will be in another story someday.  In this photo essay and the next, I will show you other photographs I made from April through June of this year.  I have several images to show so I'm not going to write much.  I hope you enjoy.

I usually find Double-crested Cormorants in large flocks but on this day, I saw a lone cormorant standing on a log in a swamp. 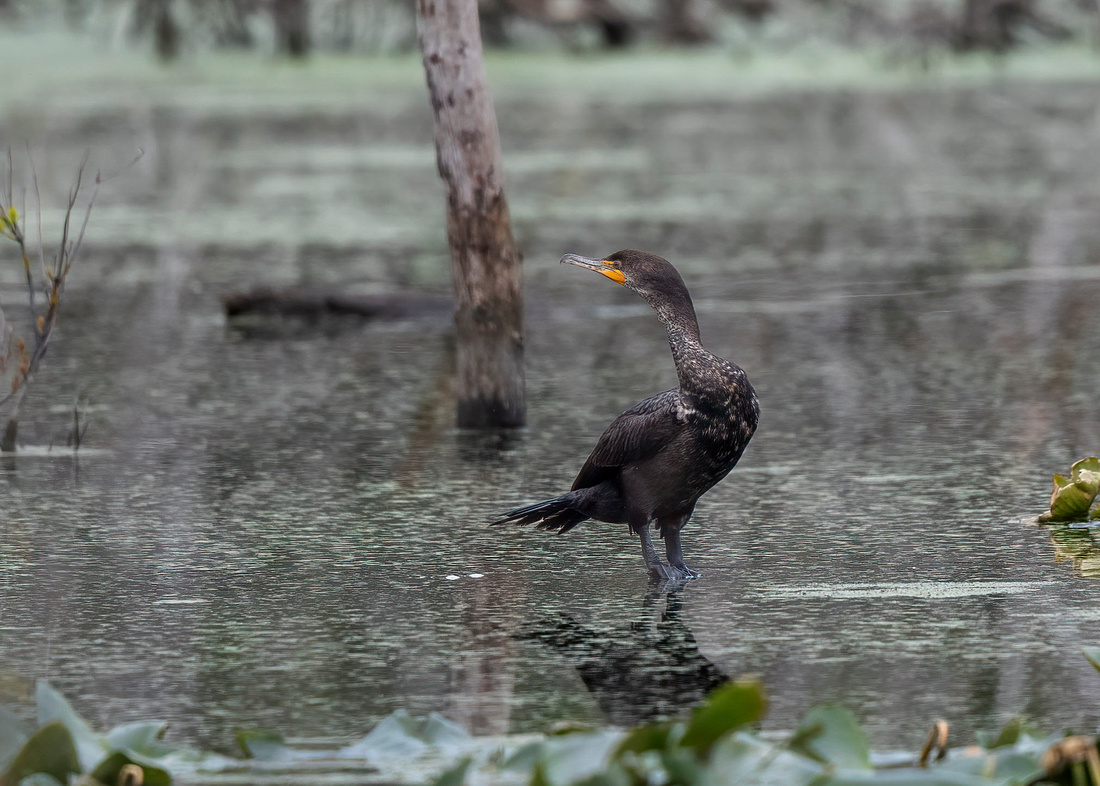 Occasionally, during early spring, shorebirds show up while on their migration route.  I happened to see a small flock of Greater Yellowlegs in one of our northern counties.  The next day they were gone. 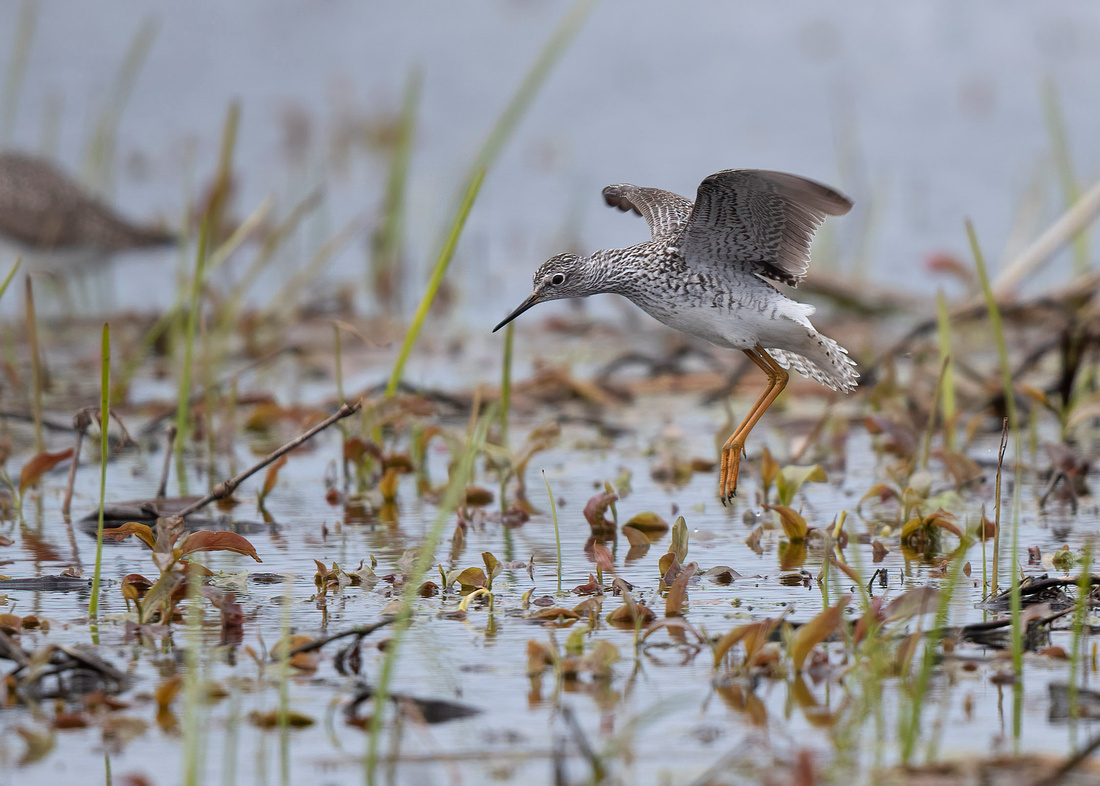 Sora is the most abundant and widespread rail in North America.  You wouldn't really know that because it is difficult to spot one.  The best chance is in the early morning or evening when they may step out of the thick vegetation to feed. 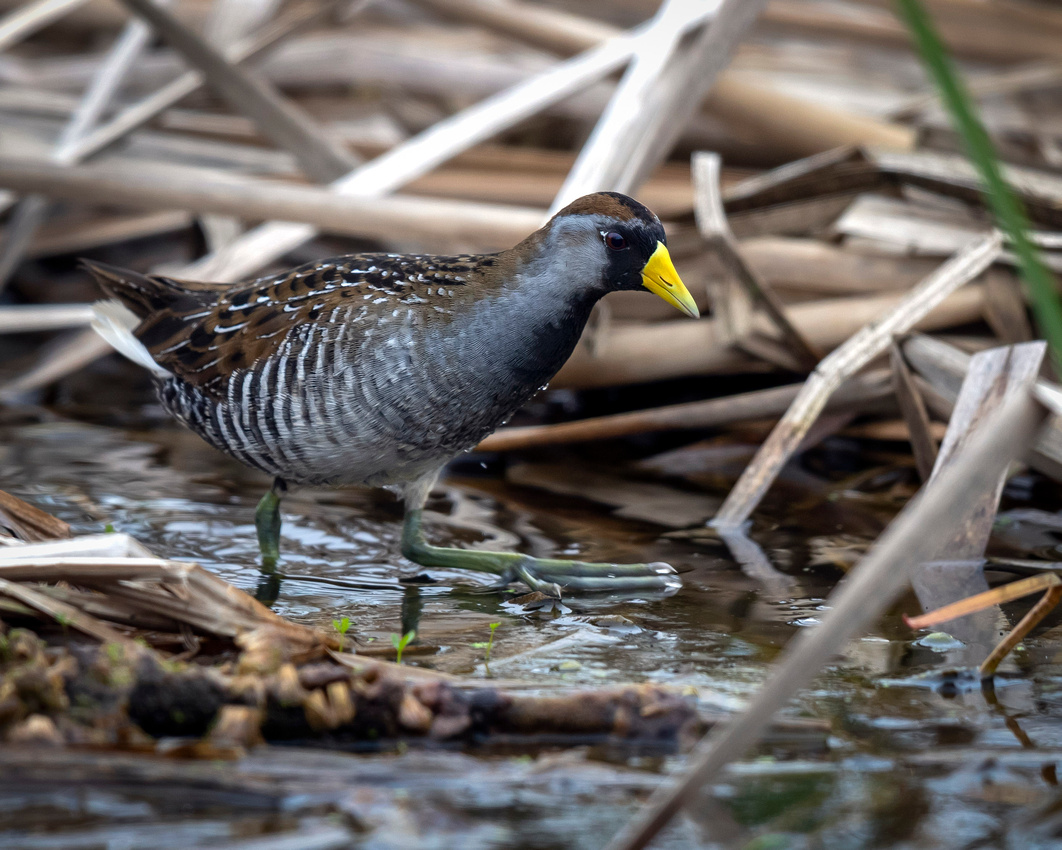 Not to be confused with a Beaver, the Muskrat is a popular resident of our wetlands. 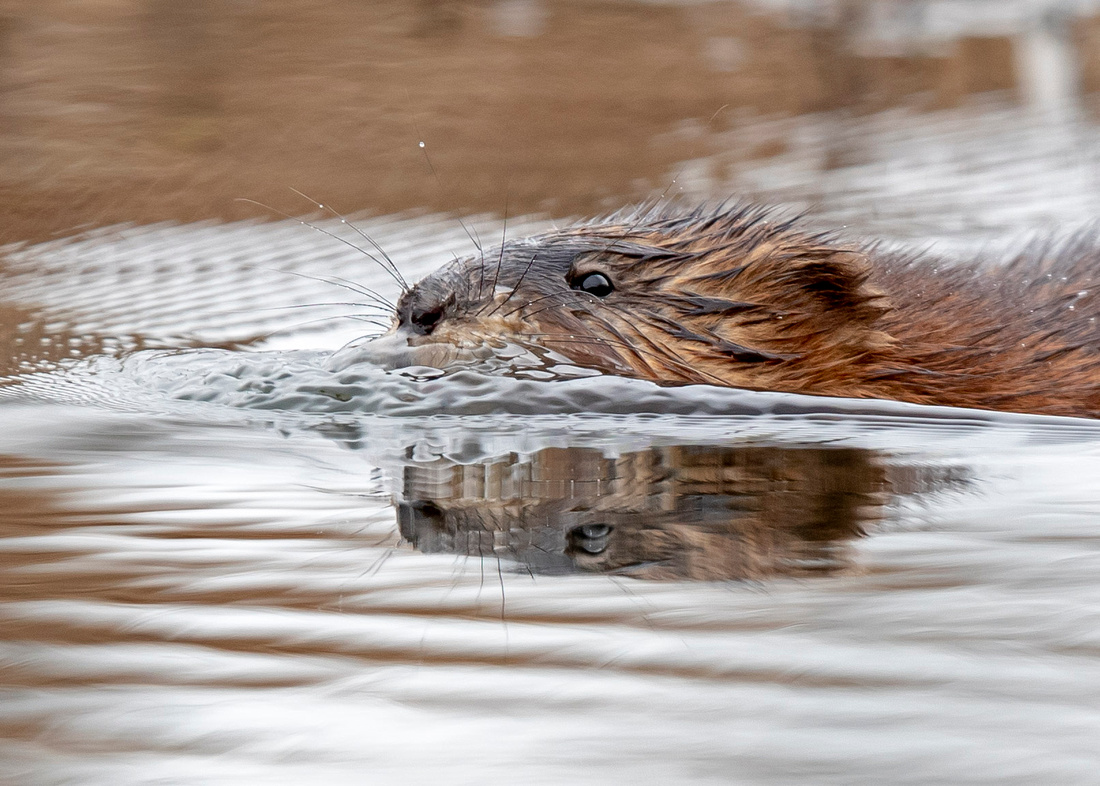 Rusty Blackbirds are uncommon visitors to western Pennsylvania.  They are seen during migration from their winter grounds of the southern United States to their breeding grounds of Canada's boreal forest.  According to reports, this is a declining species so I am always happy to see them.  If you want to see more about the Rusty Blackbird, I wrote a photo essay about their different plumage variations.  You can view it by clicking here. 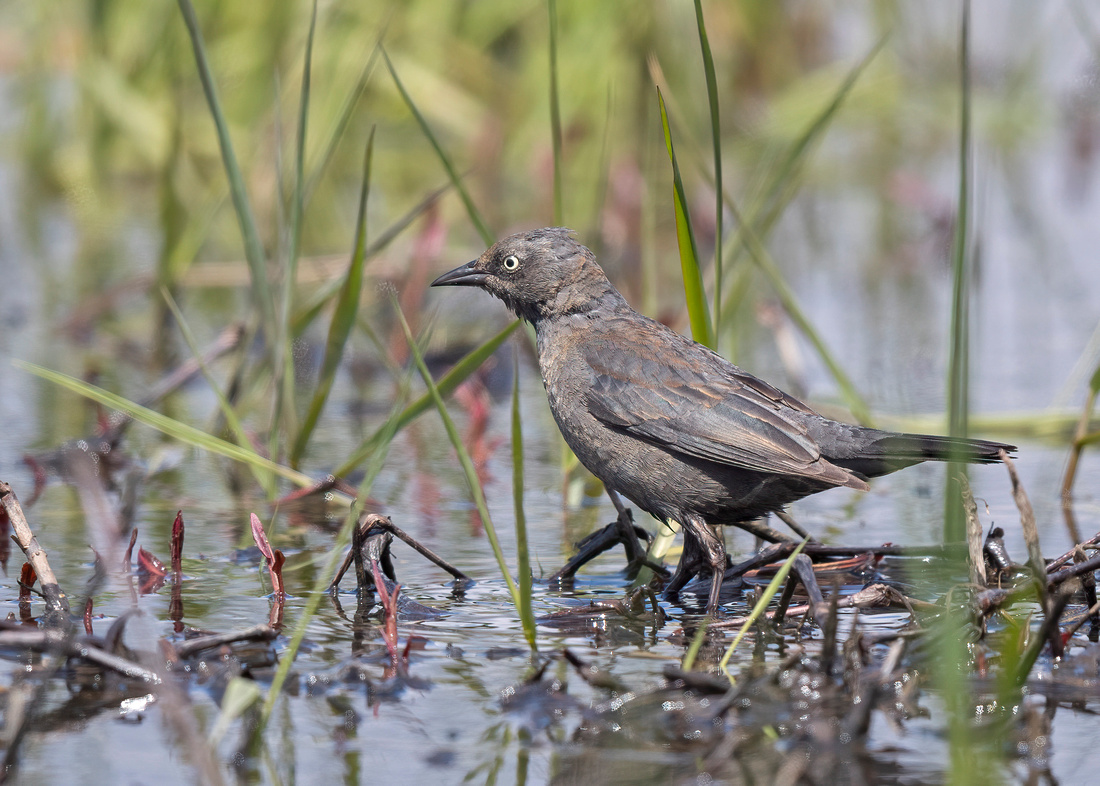 The Eastern Phoebe is not an uncommon bird.  Besides being found around water, they can often be found in backyards, farms, and woodland edges too.  You know a phoebe is near as they call their name in a raspy “phoebe”. 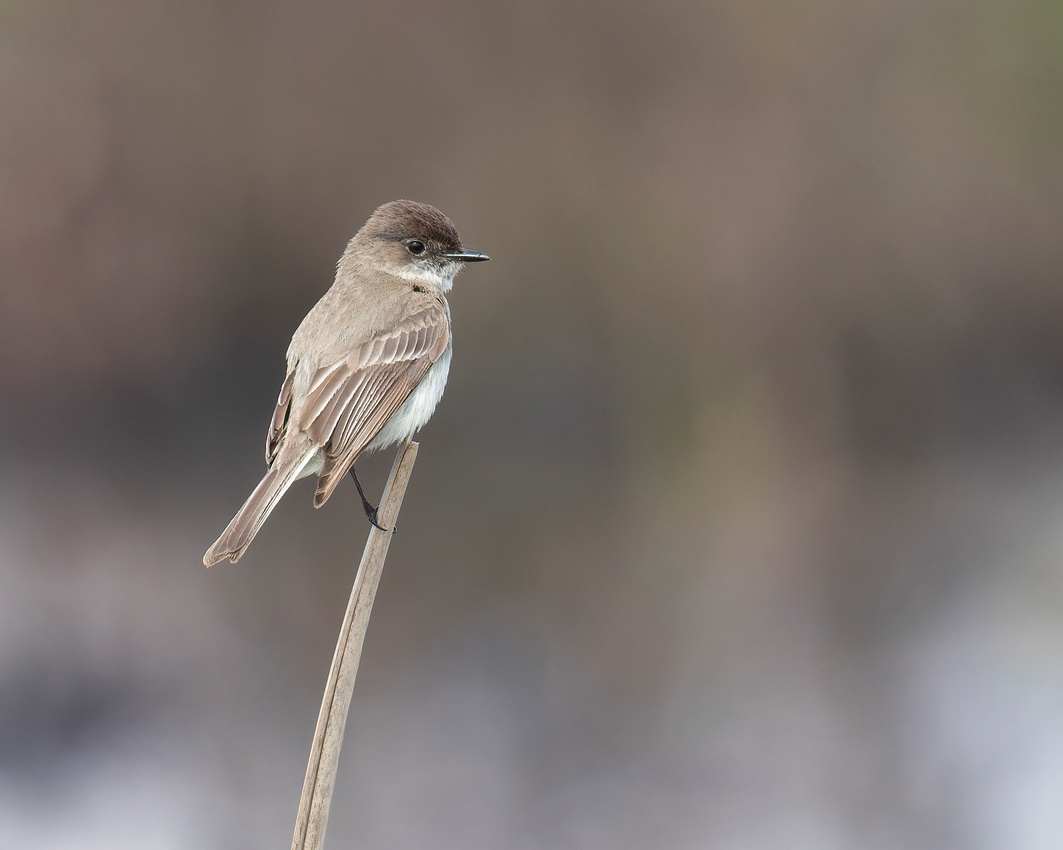 A Swamp Sparrow is a little different than many of the other sparrows we see.  The Swamp Sparrow has longer legs than most sparrows allowing it to wade into shallow water to forage.  This species even sometimes sticks its head under water to try to capture aquatic invertebrates. 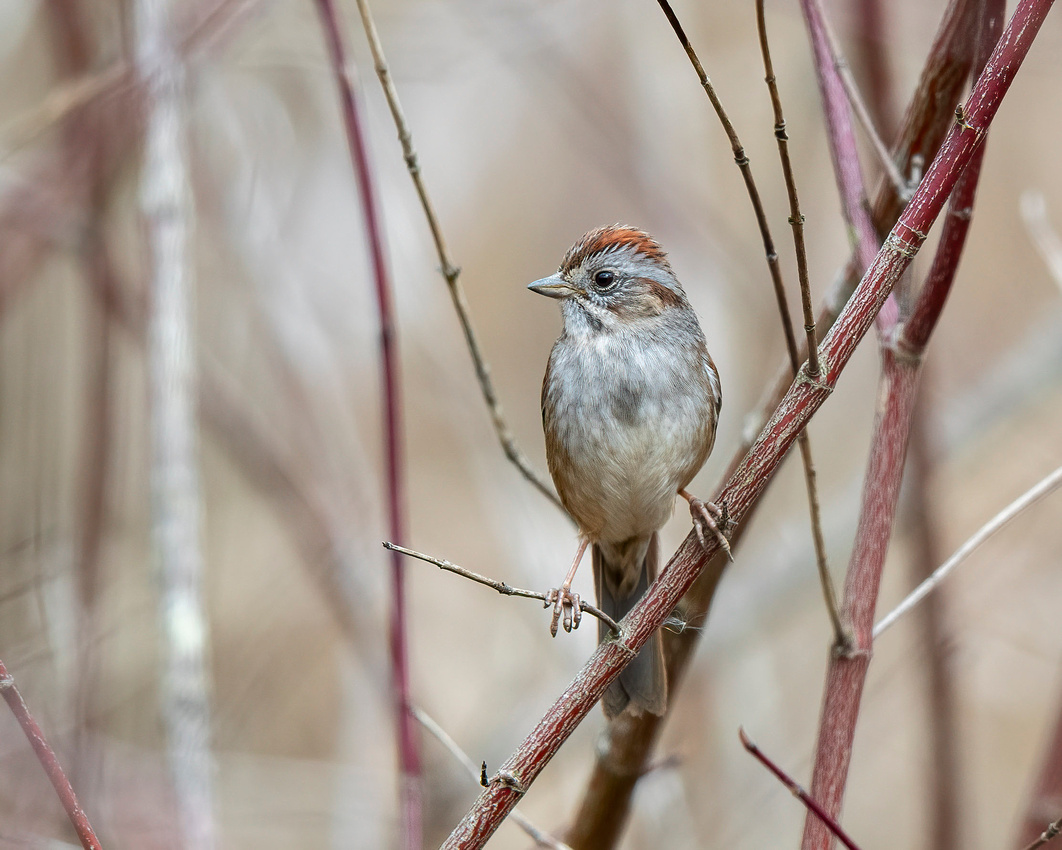 I usually don't pay a lot of attention to amphibians but I'd be remiss to exclude this American Bullfrog from species found in wetlands. 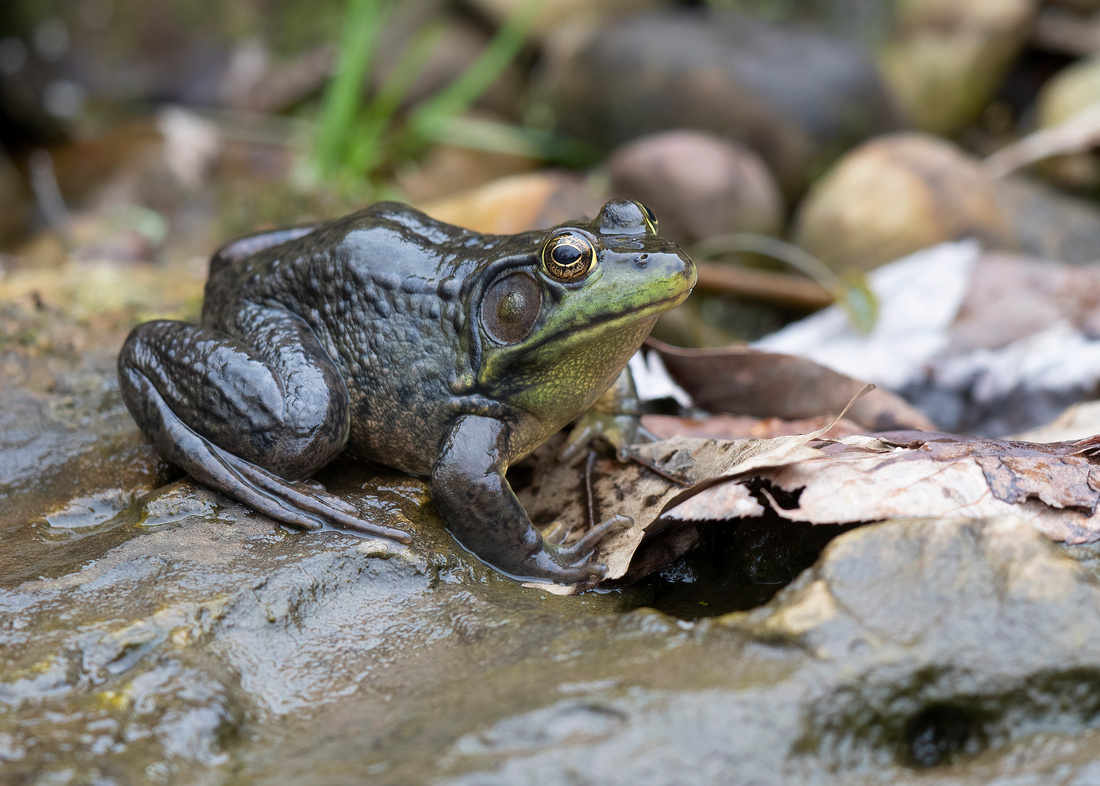 That's it for part one.  Part two will be coming soon and I hope you check it out.