One benefit of living in central, western PA is that I have plenty of places within an hour drive that offer great wildlife photo opportunities.  Then there are a few destinations that are about two hours.  One of those is Benezette, home of the Pennsylvania elk herd, Elk Forest, and beautiful scenery.

I awoke at 4 AM to get dressed and get on the road so I can arrive in the mountains of Elk County close to sunrise.  It's the time of year to photograph bull elk with their growing antlers or cow elk with calves by her side.  However, my main reason for this trip was to photograph Dickcissel in State Game Land (SGL) 311, known to locals and frequent visitors as "The Saddle".  The Dickcissel is a prairie bird that breeds in small numbers in Pennsylvania.  They are rare to find but I usually find them in The Saddle.

When I first arrived to the mountains surrounding Benezette shortly after sunrise, I began looking for bull elk.  The bulls tend to stay in the mountains in bachelor groups until fall when mating season begins.  My first sighting was a White-tailed Deer doe and two fawns.  They were a couple hundred yards from the road but I pulled over in case they came closer. 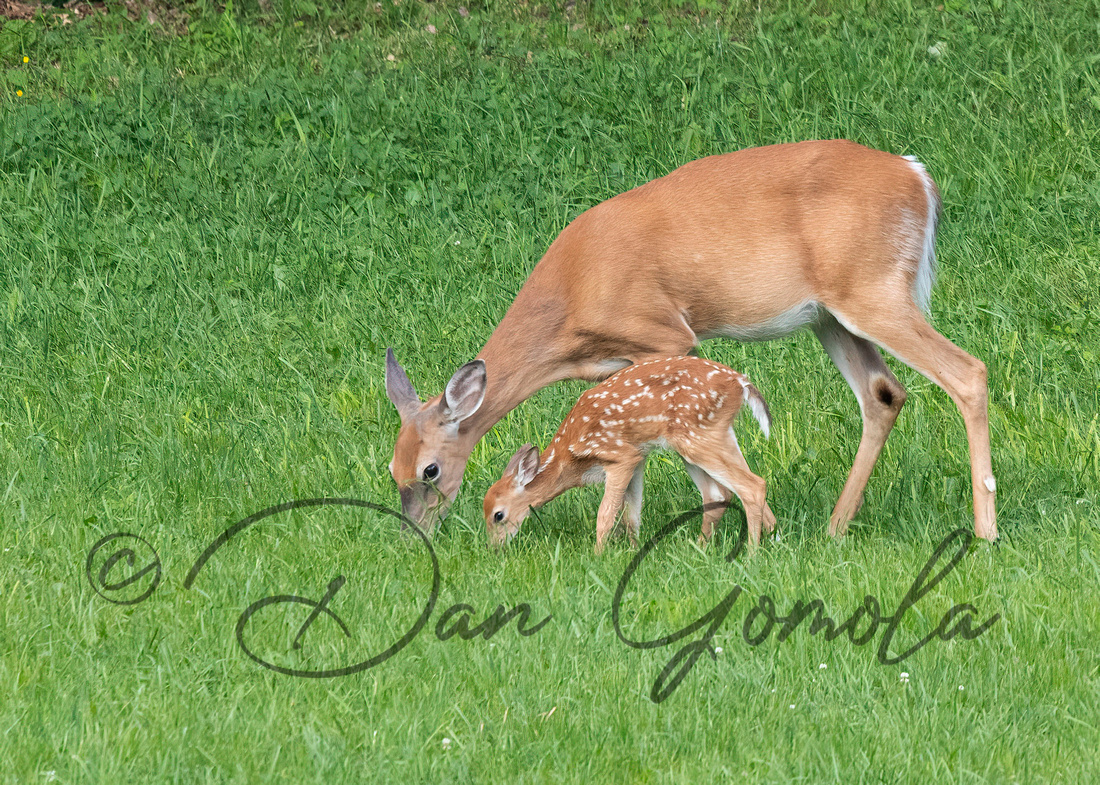 The second fawn came out of the woods to play but it seemed to encourage the family to enter the woods ending my photo opportunity. 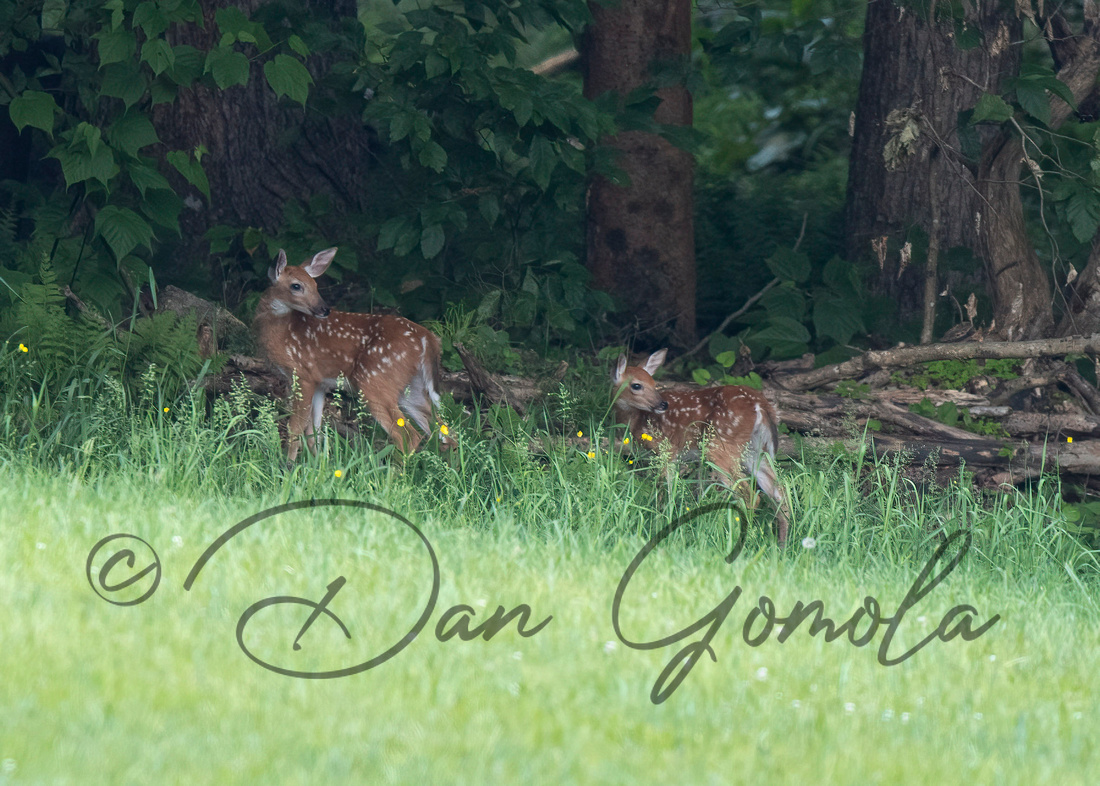 After a short time driving around the back roads, I found two bull elk.  One was quite happy staying in the woods with many trees separating us but this bull crossed the road and entered the woods on the other side. 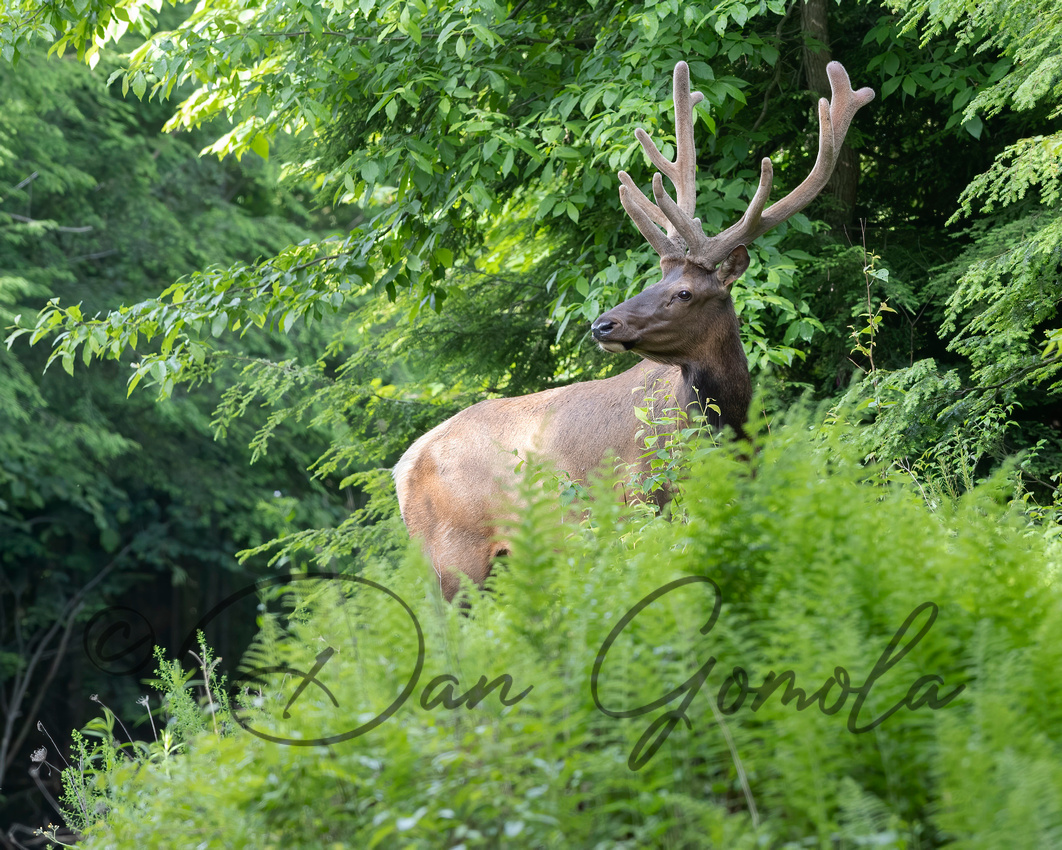 As I continued to look around for elk, I saw the head of a hen Wild Turkey in a field near the road. 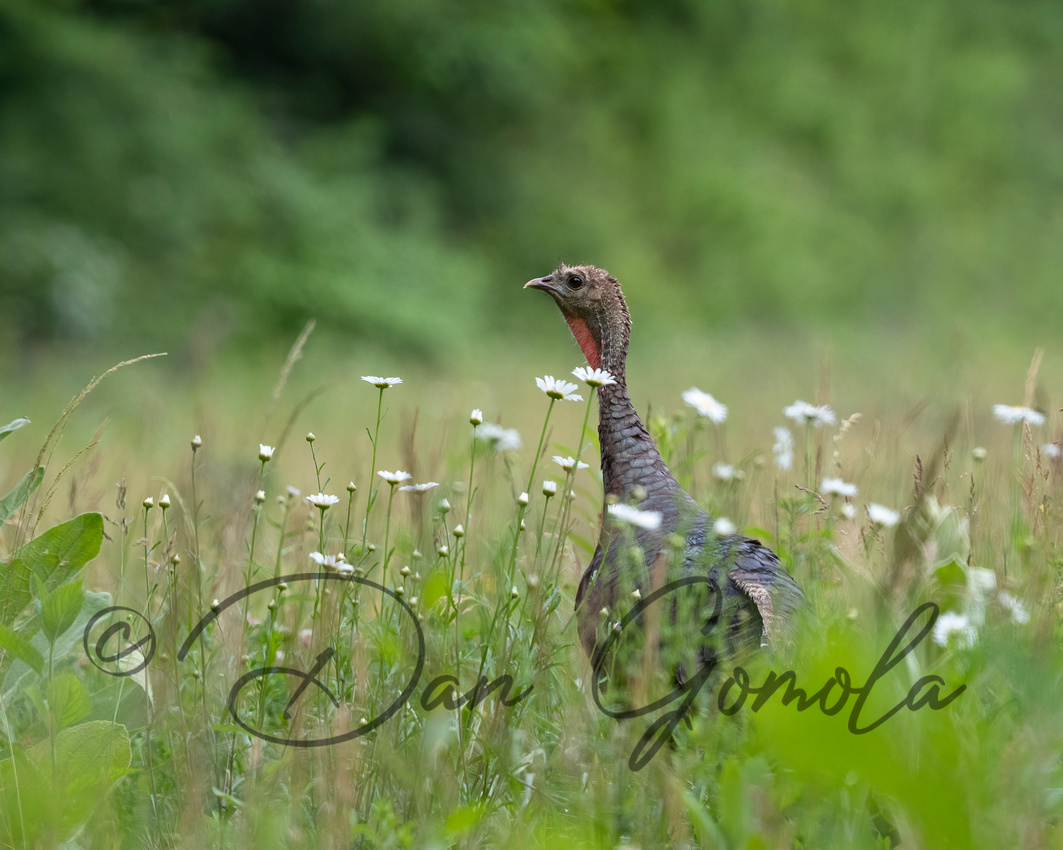 She began clucking and was reluctant to fly away indicating that she might have little ones in the high grass.  Sure enough, several poults crossed an opening in the grass before disappearing once again. Here is a close up of the Wild Turkey poults before following mom into the thick grass.  Their mother was still clucking so I drove away and left them alone. 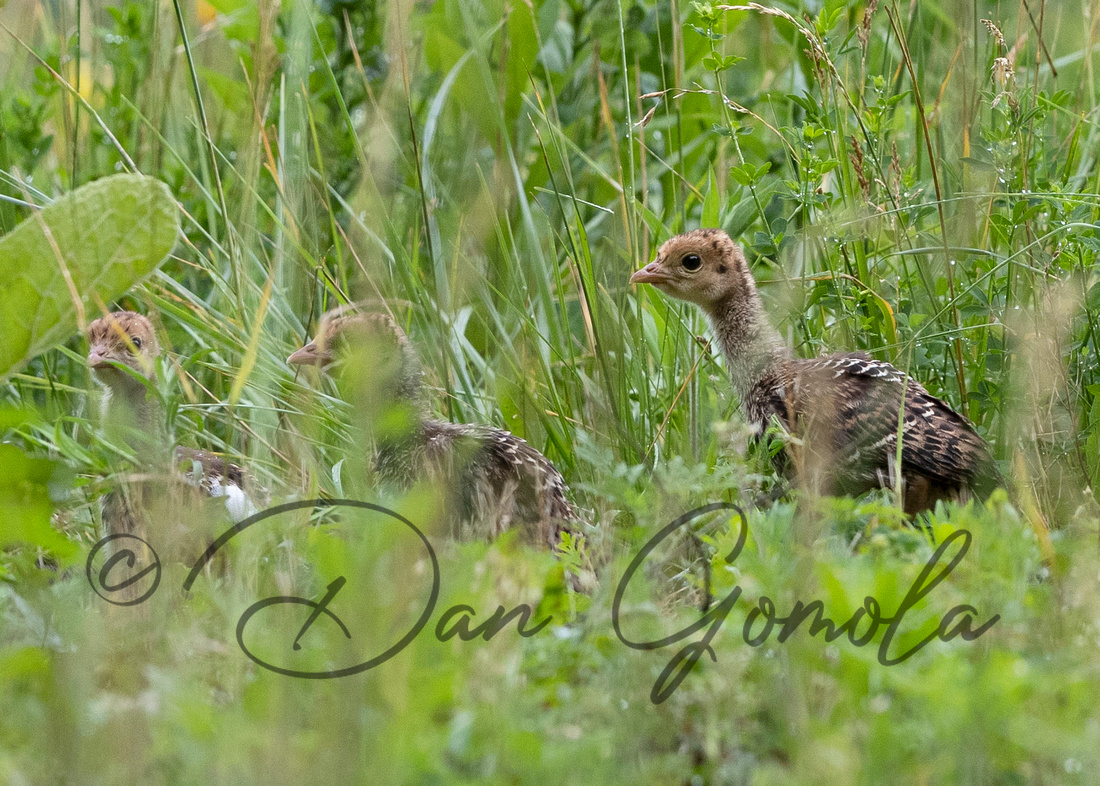 I was on my way up Winslow Hill Road to SGL 311 when I noticed this White-tailed Deer doe staring at me. 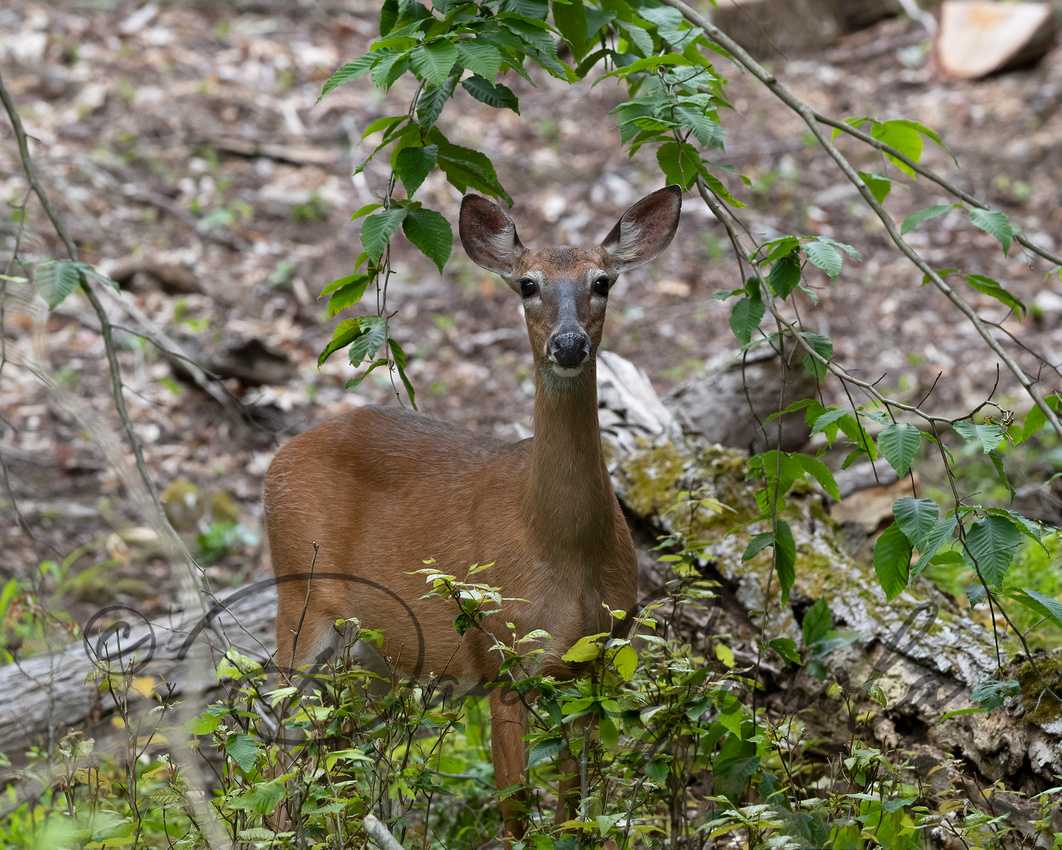 I arrived at the top of the hill and found my friend Willard Hill in the elk viewing area parking lot.  I pulled over and we got out of our vehicles and began to talk about our morning findings.  The sun was peeking through the clouds and it also began to rain.  The combination created this beautiful rainbow over the grasslands, in which, I will shortly be looking for Dickcissel.  The hilltop under the rainbow is The Saddle which comes up in a lot of conversations in September, during the rut.

The cabin on the hill is a popular sight for people coming to Benezette and it's usually used in reference to where they saw elk during the rut. 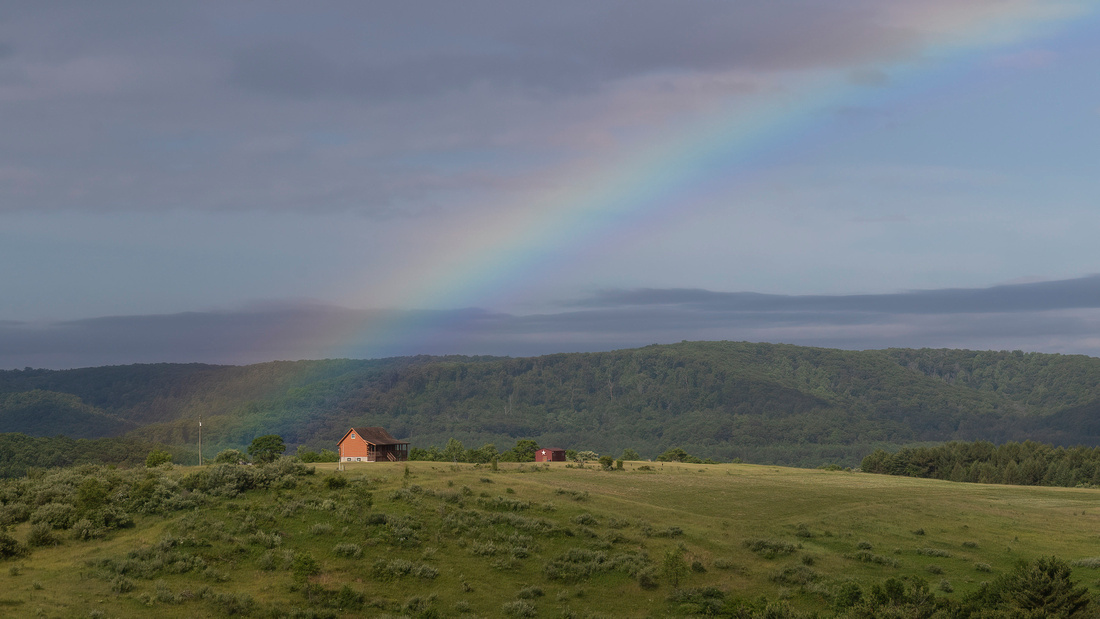 During the short drive from the parking lot to the entrance road into The Saddle, I found this male Eastern Bluebird near some nesting boxes. 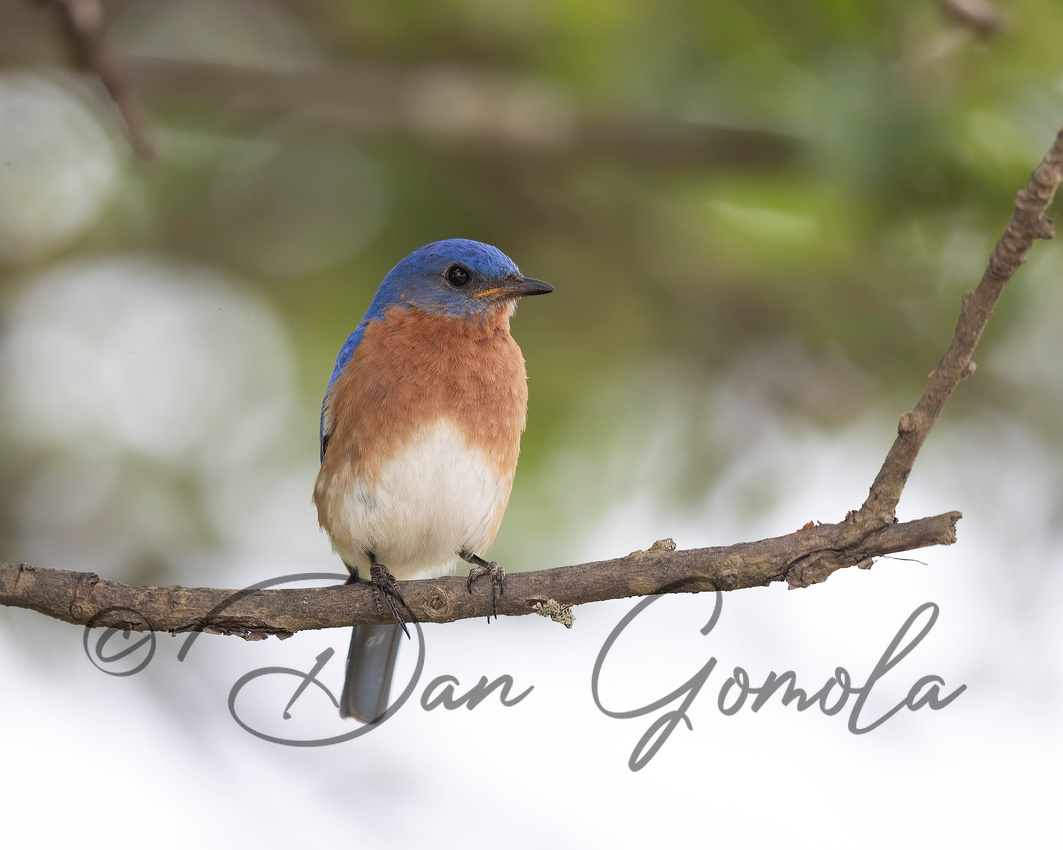 My friend joined me on the hike into The Saddle.    We had a difficult time finding Dickcissel.  On our way we saw several Bobolink, another grassland bird, flying around.  The photo below is a female Bobolink. 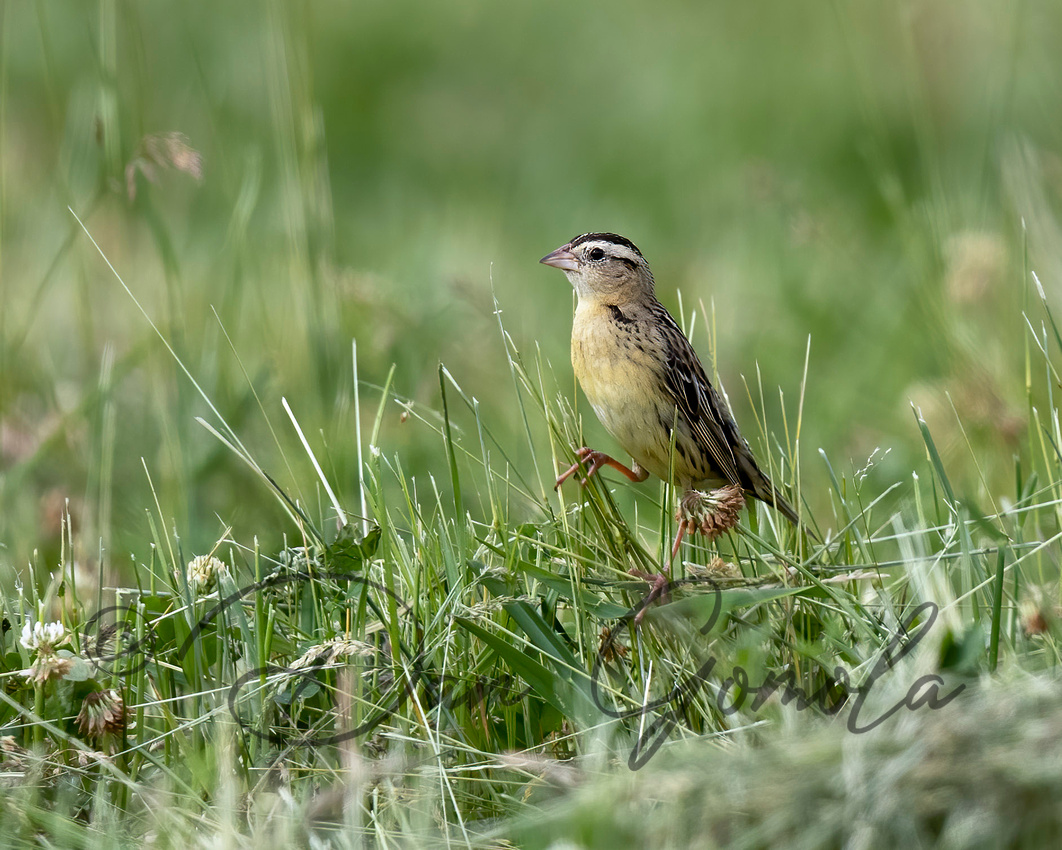 There were a lot more male Bobolink than female. 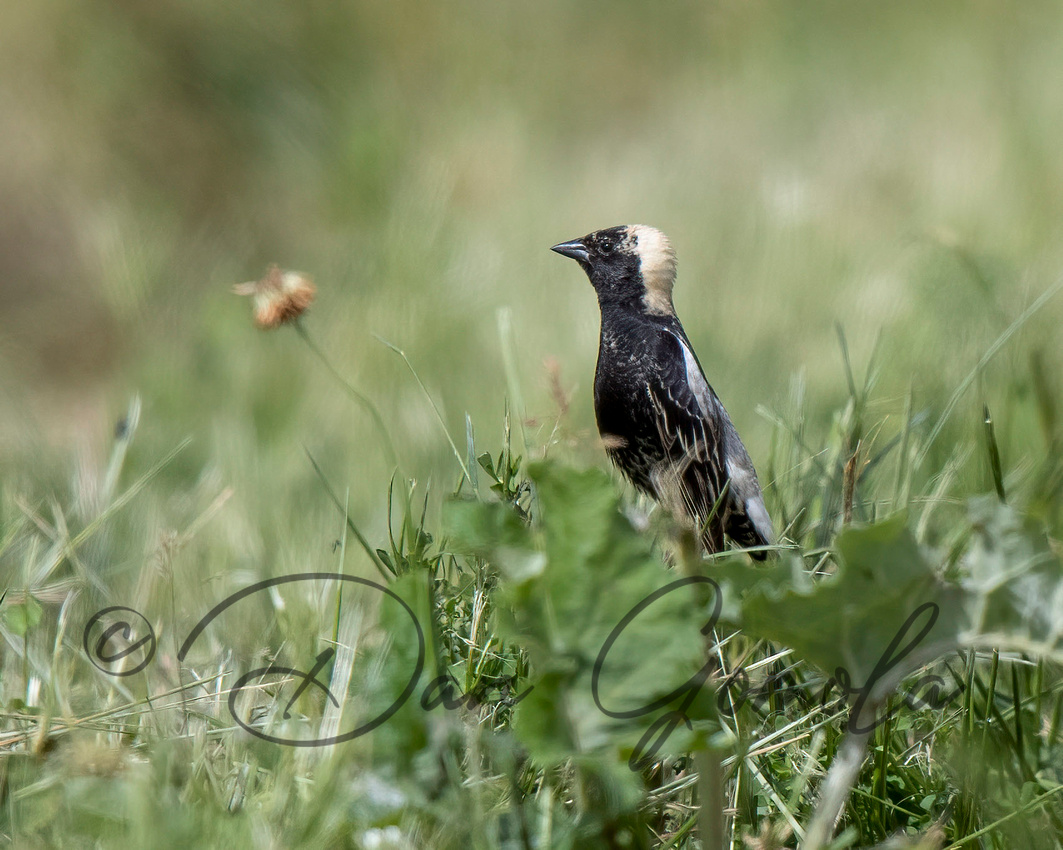 After a couple hours, we decided it wasn't our day to see a Dickcissel and returned to our vehicles.  In case you were wondering what a Dickcissel looks and sounds like, I'll wrap up this trip with a video I made a couple years ago in this same location.

Elk aren't the only attraction to Benezette and anyone who loves nature and wildlife will find your days there relaxing and leave you wanting to return.