The Magnolia Warbler, hands down, is one of the most beautiful warblers.  While other birds have their distinct markings, the Magnolia Warbler has them all.  He is loaded with features like bold white eyebrows, an elegant necklace, bright yellow rump, belly and chin and a dark mask. 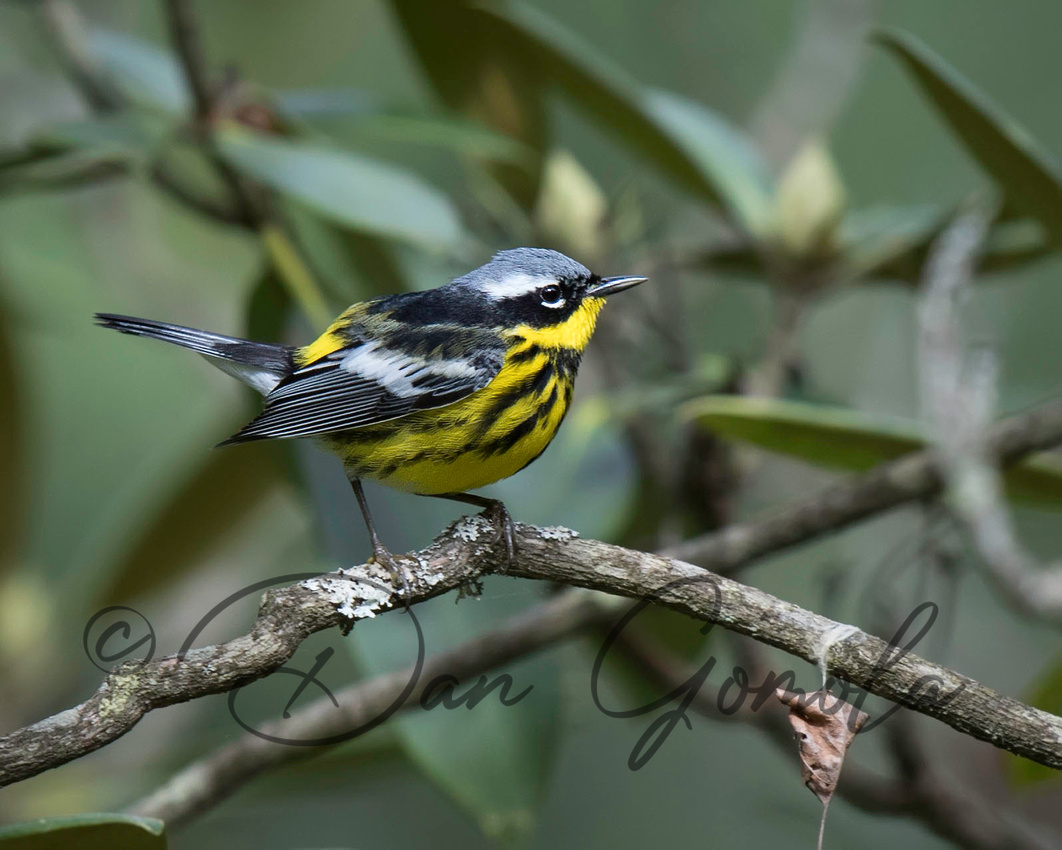 Even though this bird is very small and active, they are not as difficult to spot as other warblers because they often stay low to the ground providing opportunities for photography. 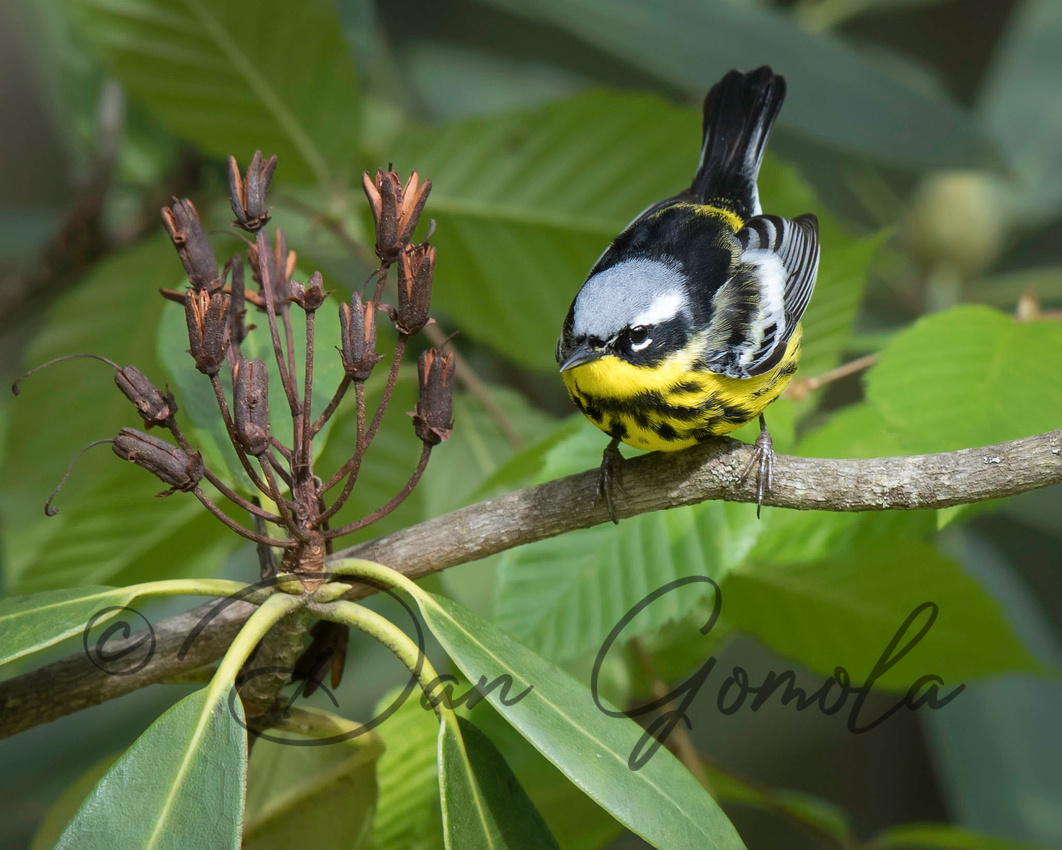 In 1810, a pioneer ornithologist named Alexander Wilson found this species in a Magnolia tree in Mississippi and is credited with its name.  He actually used the name "Black-and-yellow Warbler" as its English name and "Magnolia" for the Latin species name.  Over time, Magnolia has become the common name.

I had a lot of success finding Magnolia Warblers this year.  If you look in low growth, coniferous stands or mixed forest, you just may see a Magnolia Warbler for yourself.

The Magnolia Warbler migrates at night.  In the spring and fall, most fly across the Gulf of Mexico where they winter in Mexico, Central America, West Indies, and most commonly in Yucatan Peninsula.  Strays have been known to reach the west coast during the spring and especially fall migration.

During the summer, in the north woods, they favor second-growth habitats.  Their numbers are actually reported as stable or increases in certain areas.  One reason contributing to their increase is their ability to adapt to second-growth woods and cut-over areas.