You probably have to be Baby Boomer or older to understand the reference in the title of this photo blog.  We didn't have quite the antics that Ma and Pa Kettle had when they visited town but it was an eventful evening.

On Sunday, July 2nd, Elena and I went to Benezette for the evening. After kicking around the shops a little bit, we had dinner at the Benezette Hotel and headed for State Game Lands 311 known as "The Saddle" to photograph grassland birds. The Saddle was full of Eastern Meadowlark and most were juvenile. They all stayed pretty far away. I managed some nice photos of a rare Pennsylvania visitor/breeding resident, the Dickcissel.

It was a lot of fun photographing these birds because every time I was going to quit, the light would change and I'd have to get photos in the new light.  After the customary singing photos, I tried catching some as they landed on a perch. 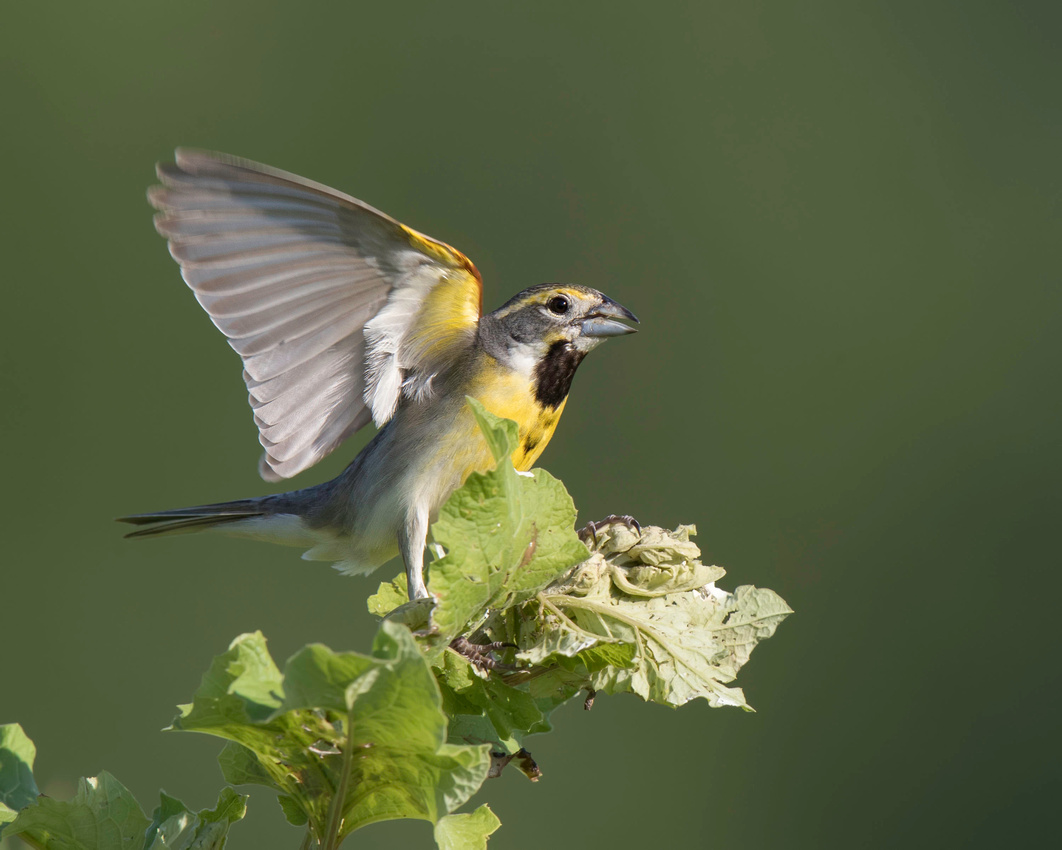 The Dickcissel is a breeding bird of the prairie grasslands of the mid-west but sometimes they venture a little further east than normal and we find them in western Pennsylvania. 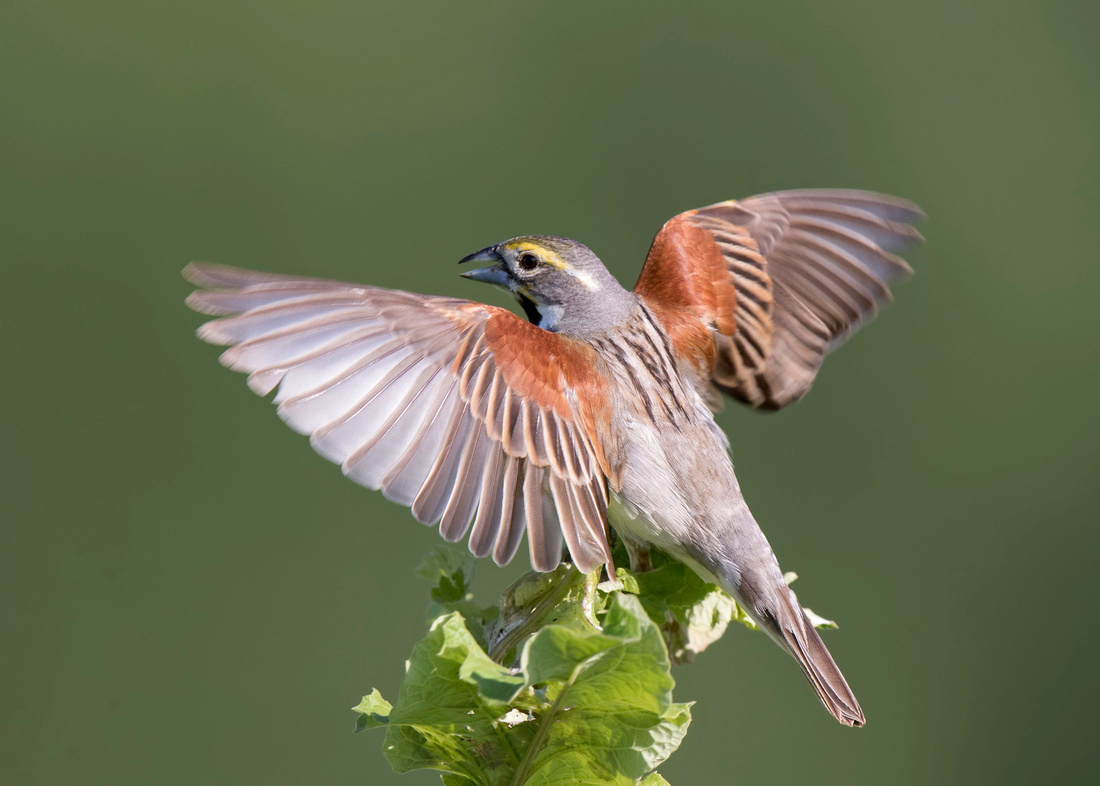 A huge cloud covered the sun for about 10 minutes and I loved the soft light it offered. 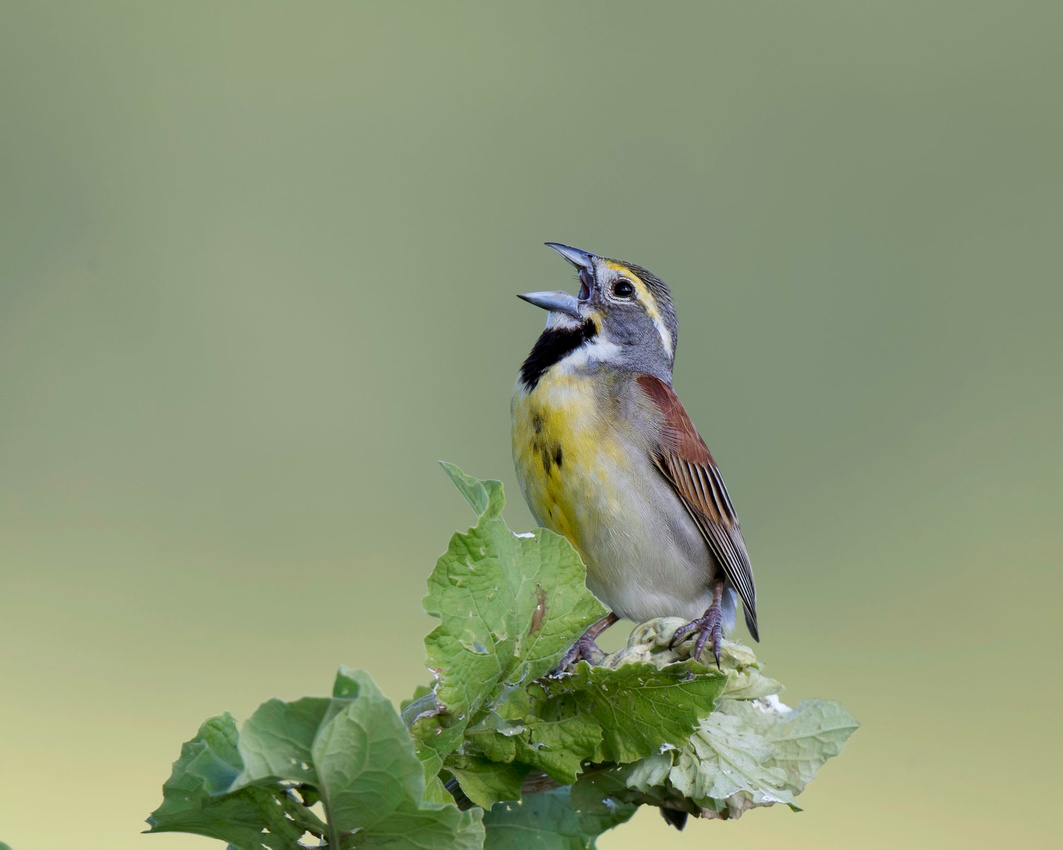 The sun was getting low and the Dickcissel perched in a budding Pokeweed plant. 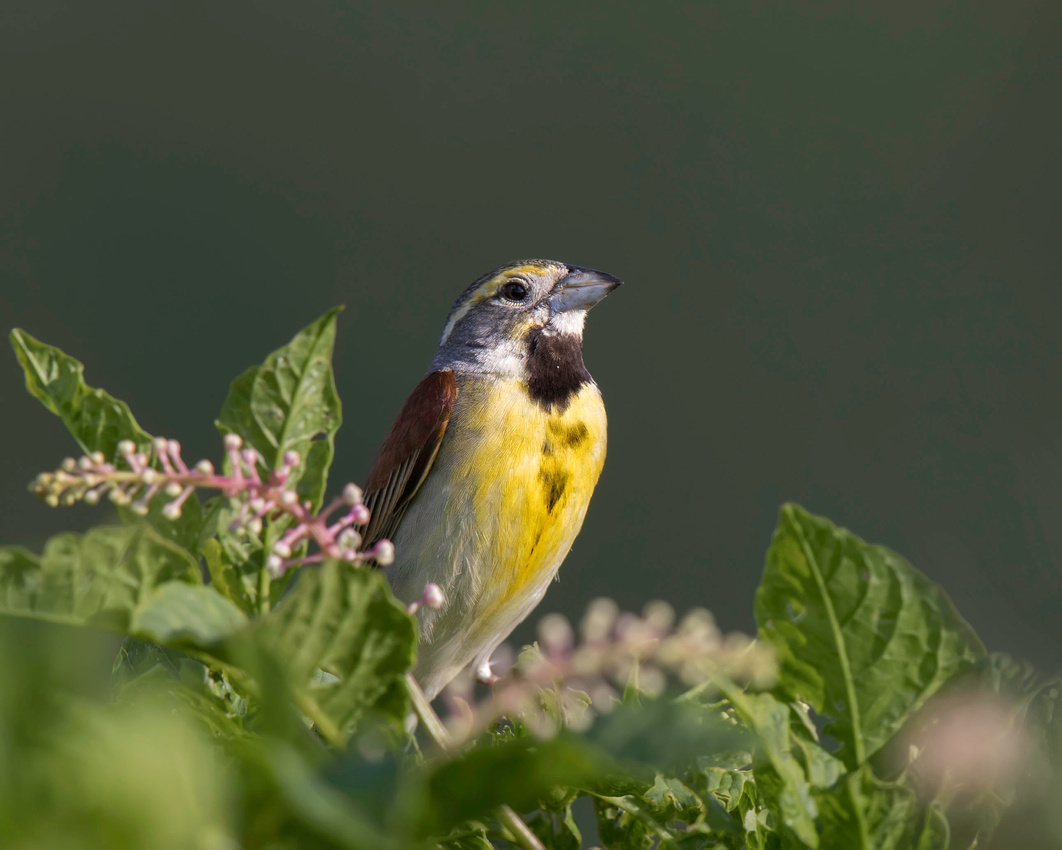 Here is a 47 second video of a male Dickcissel singing.  If you listen carefully you can hear Meadowlark in the background.

Another bird of the grassland is the Savannah Sparrow. 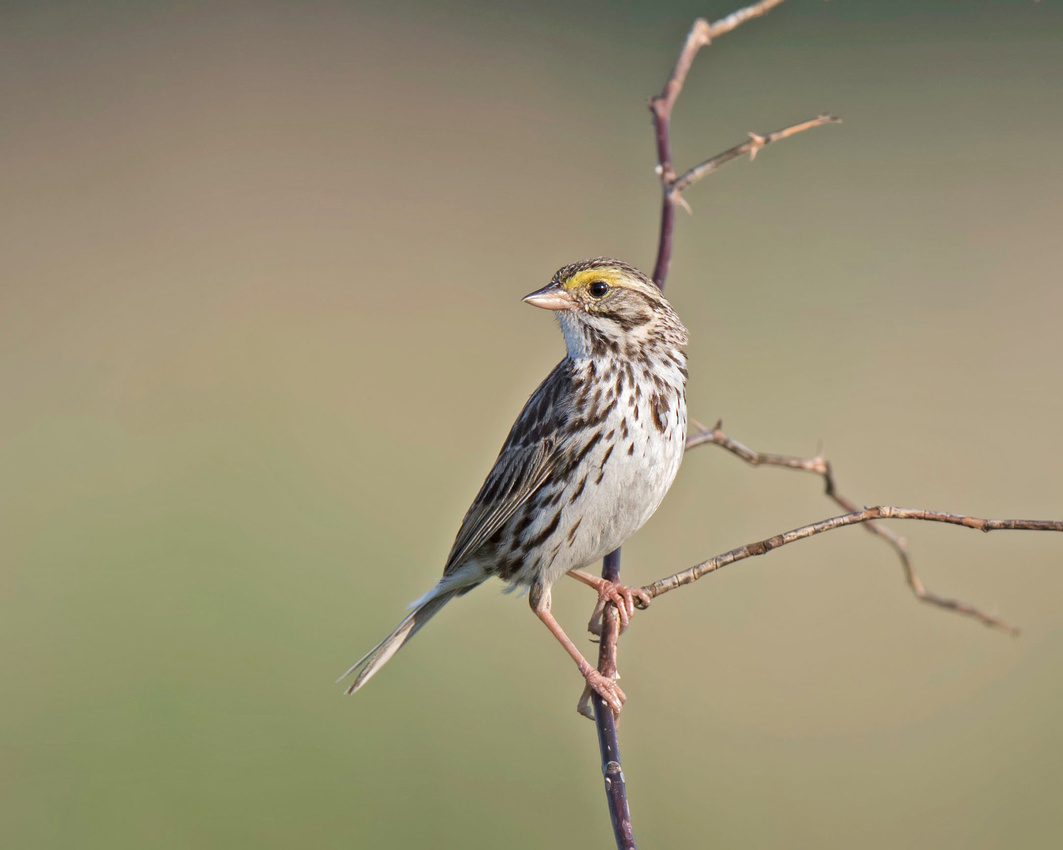 On our way out of town I spotted a bull elk deep in the shadows. ISO went up and shutter speed went down but I managed a couple sharp pics. 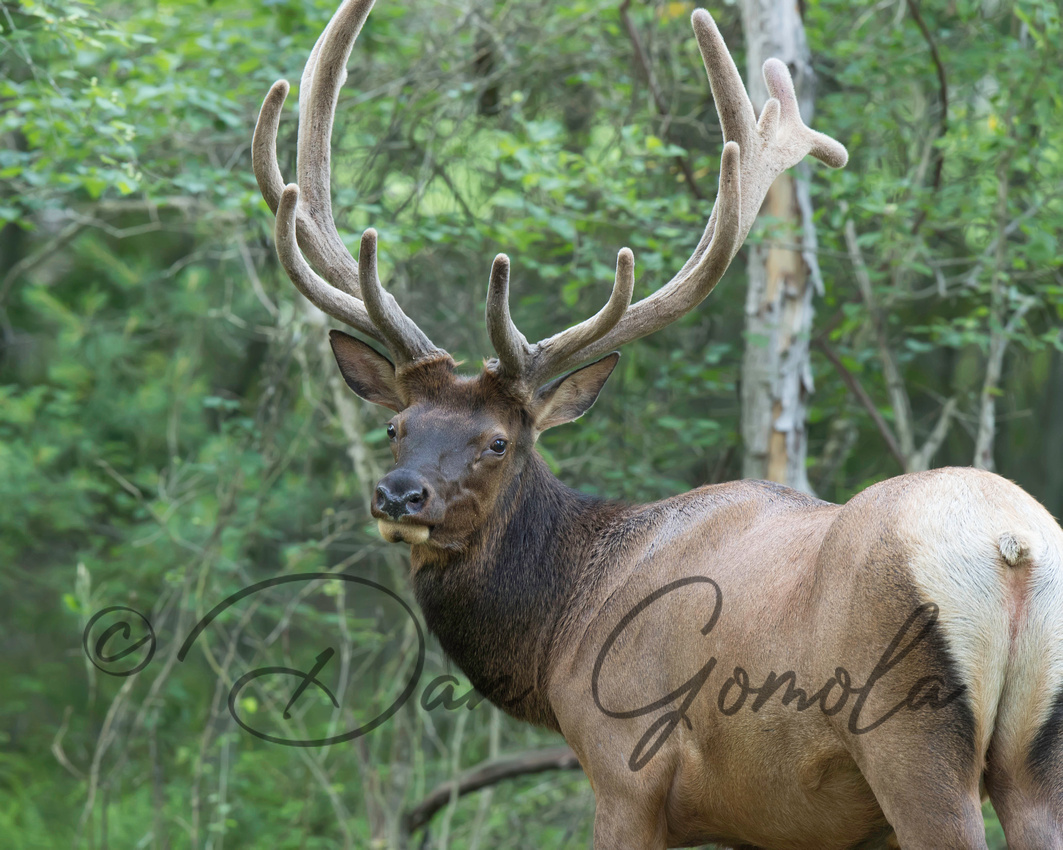 He stopped to rub his antlers in the tree branches.  There was some really cool pics to be made but my shutter speed was too slow.  When I went to see world famous wildlife photographer, Charles Glatzer, speak last year, he made one suggestion that everyone should adhere to regarding shooting in near darkness.  It went something like this: "Raise the iso to raise the shutter speed and deal with the noise in post processing because a blurry photo isn't worth anything".  I should have done that. 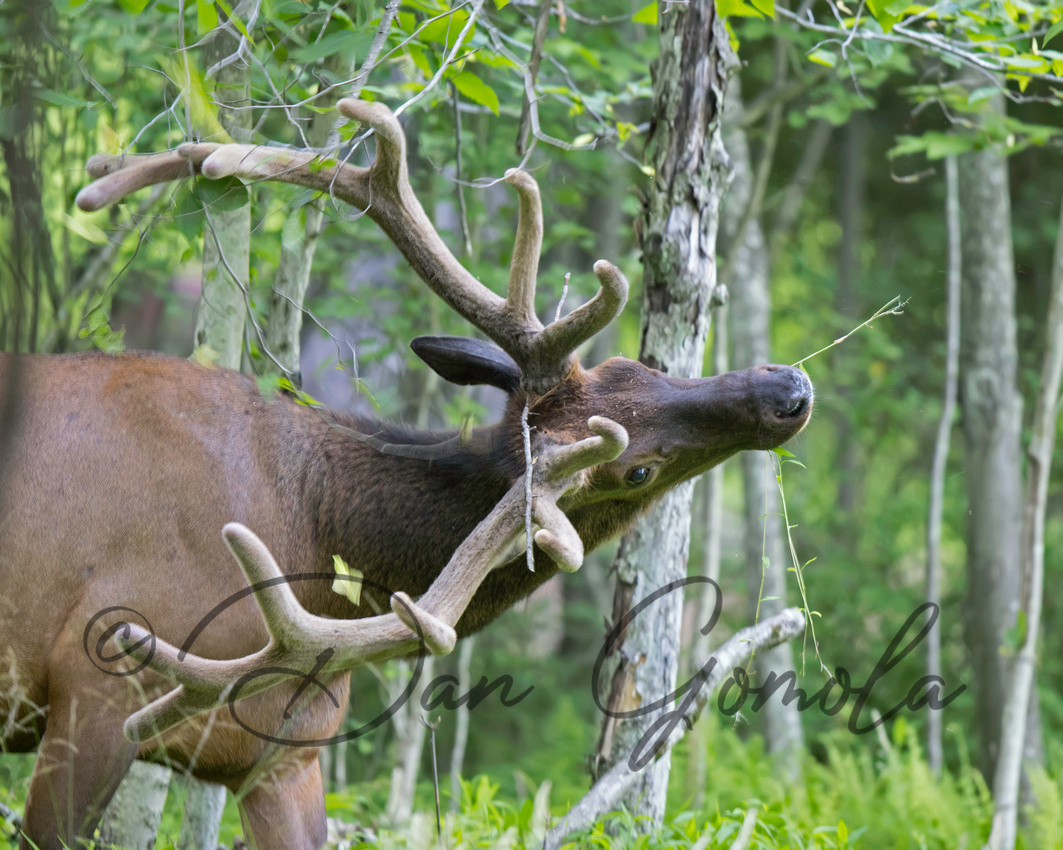 Further down the road in the mountains surrounding Benezette we spotted a Black Bear raiding someone's bird feeder. 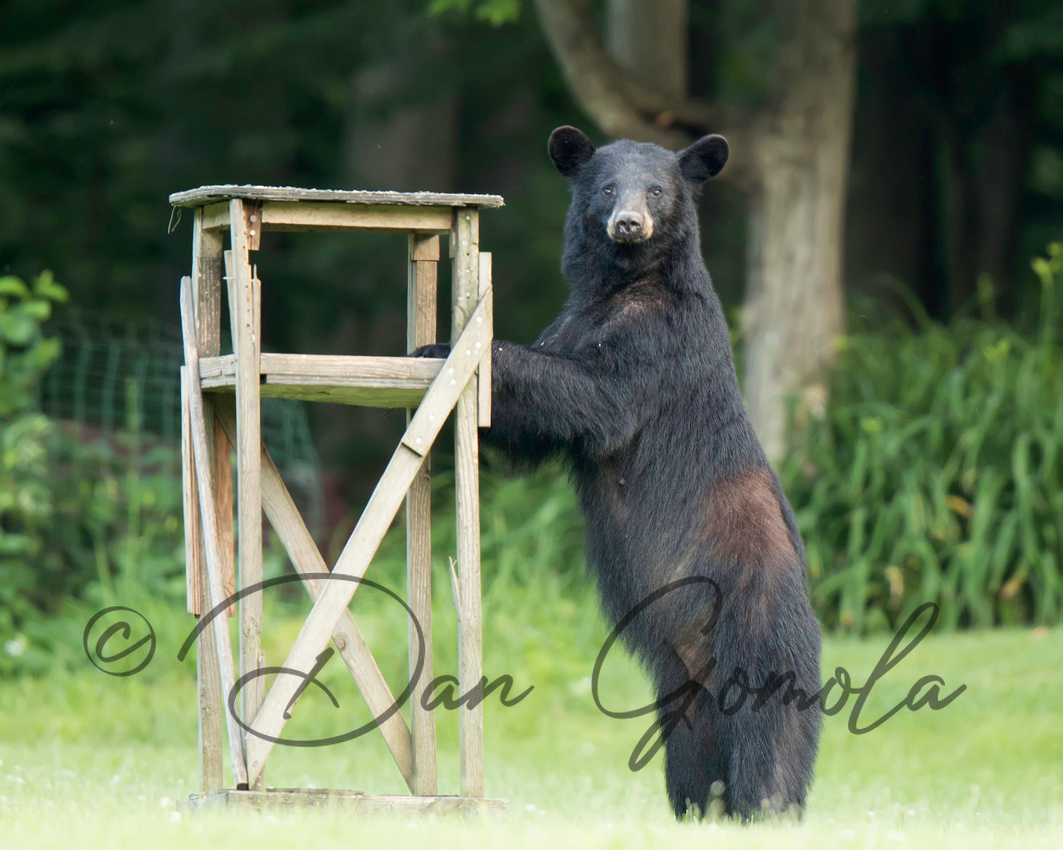 After she cleaned up the bird seed she headed back into the woods.  She gave me one last look on the way. 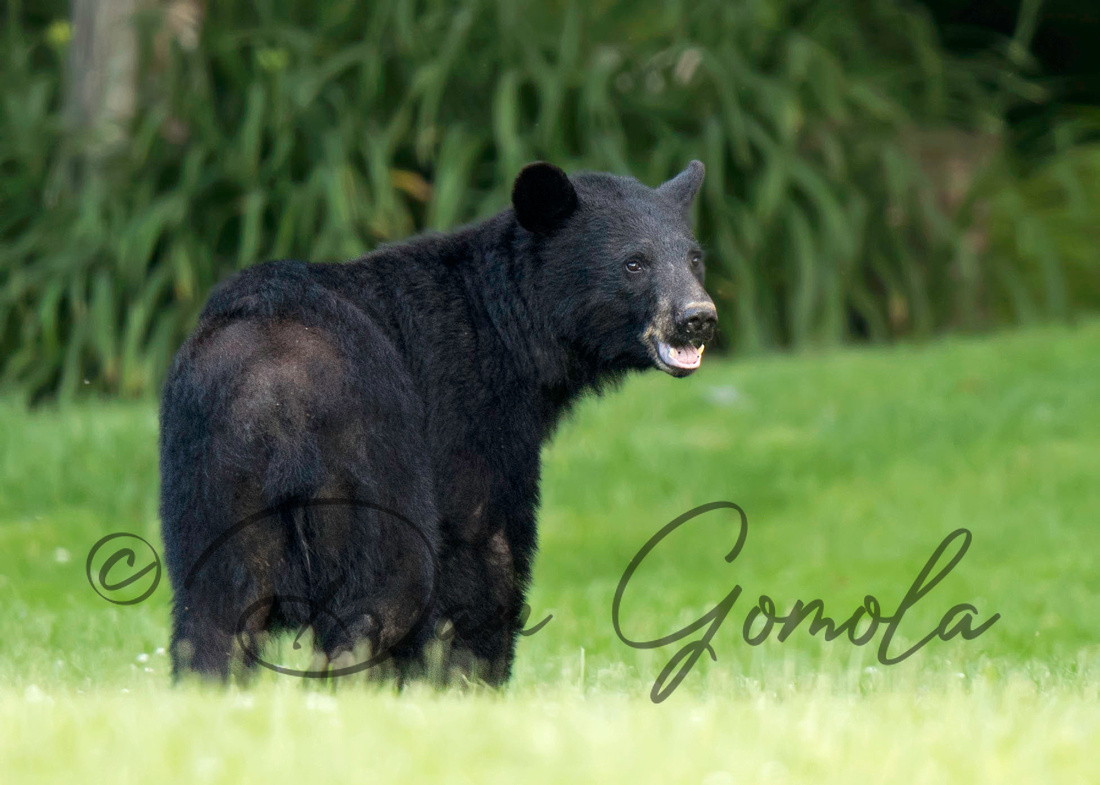 All in all, it was a great day. I forgot to mention that I almost stepped on a 5 foot long Rat Snake because I was paying more attention to the fields than I was of the trail but it moved and I jumped and all ended well.