The Enjoyment of May and June Wildlife

I was so busy in May and the first half of June photographing birds in the Warbler family.  I'm sad that it's past but I'm also a little relieved because it required a lot of travel to get some new species.  I will share the "fruits of my labor" in upcoming photo blogs but right now, I want to share many of the other encounters with wildlife that I enjoyed along the way.

Not going to be much reading in this one folks.  I hope you enjoy these bonus photos as much as I enjoyed making them. 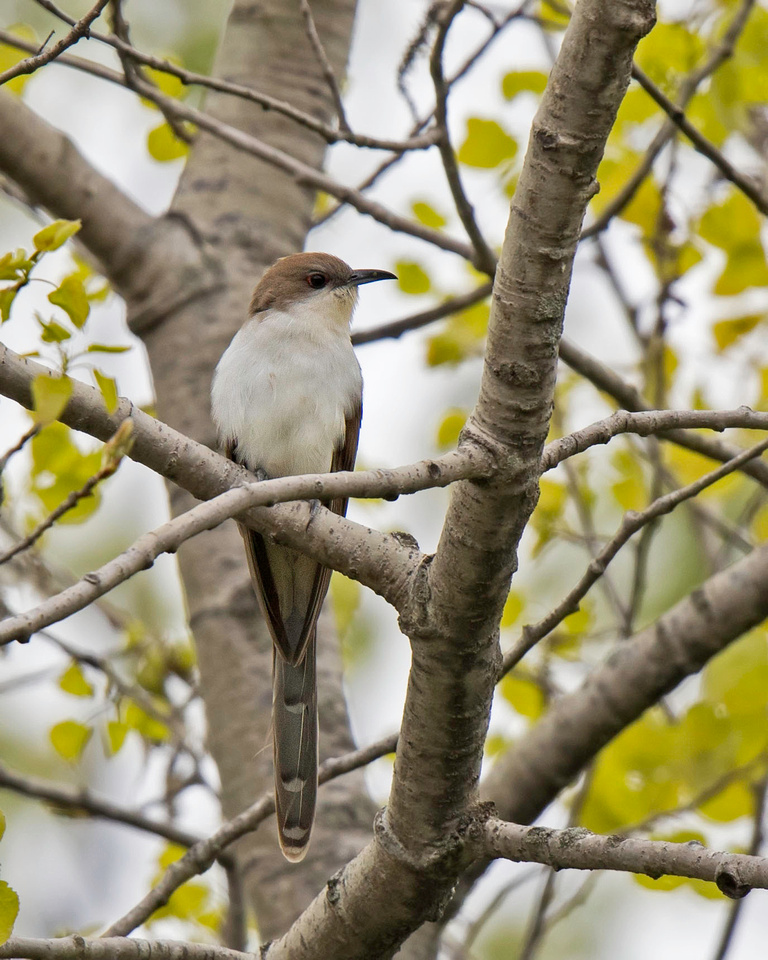 Black-crowned Night-Heron (Ottawa County, OH)  - I photographed this Black-crowned Night-Heron in mid-day with a high, bright sun.  Definitely not a choice I would make if I had any kind of clout with the wildlife. Ha ha!  Apparently, they don't care what I want!  Anyway, I watched him sit on a log for an hour or so before he decided to take a flight over the water to relieve himself and return.  I don't know about other birds but these ones don't "poop" where they hunt for food.  I was glad he had to go because it gave me an opportunity for some action photos. 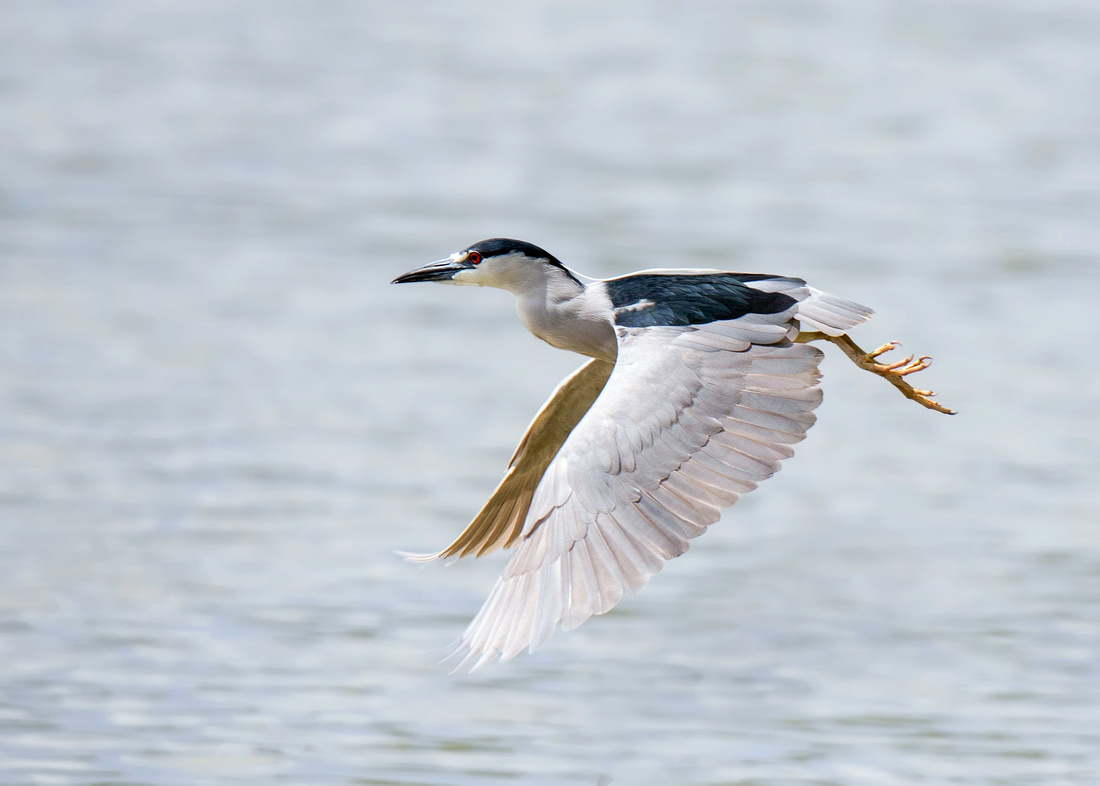 Black-crowned Night-Heron (Ottawa County, OH) - In breeding season adults have two long white plumes on their heads. They are evident in the photo below.  Black-crowned night herons don't have adult plumage until they are about three years old. 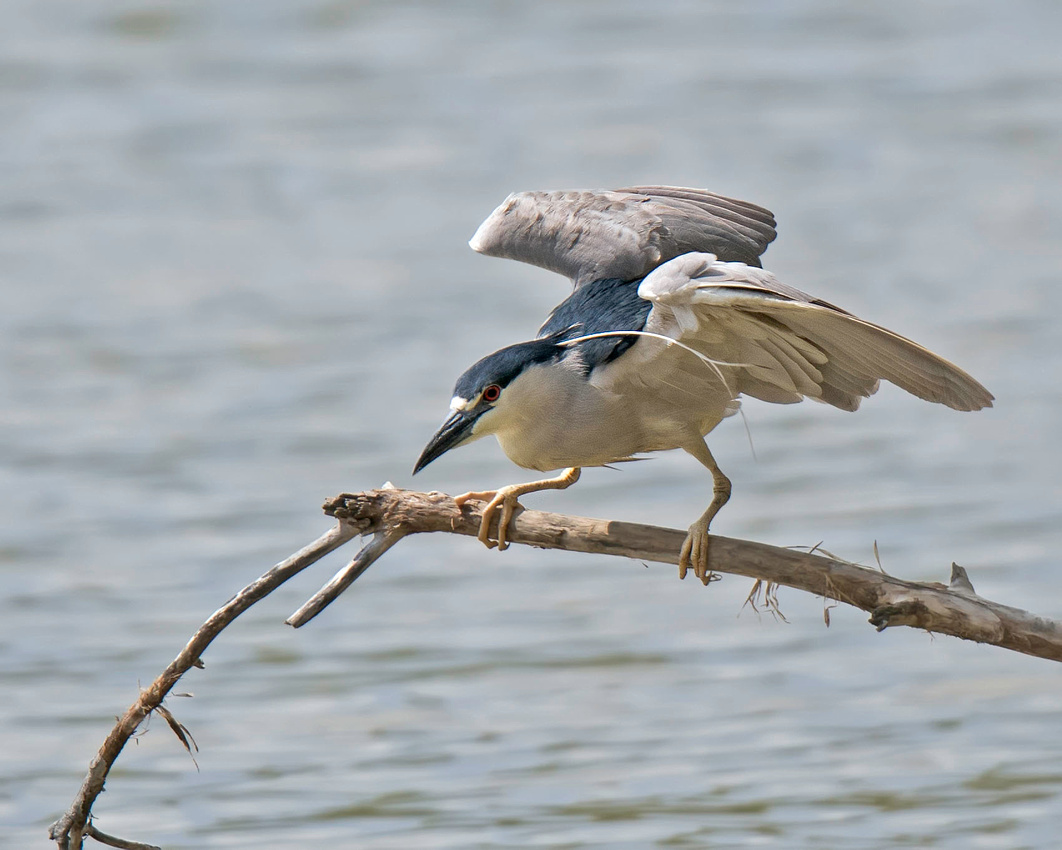 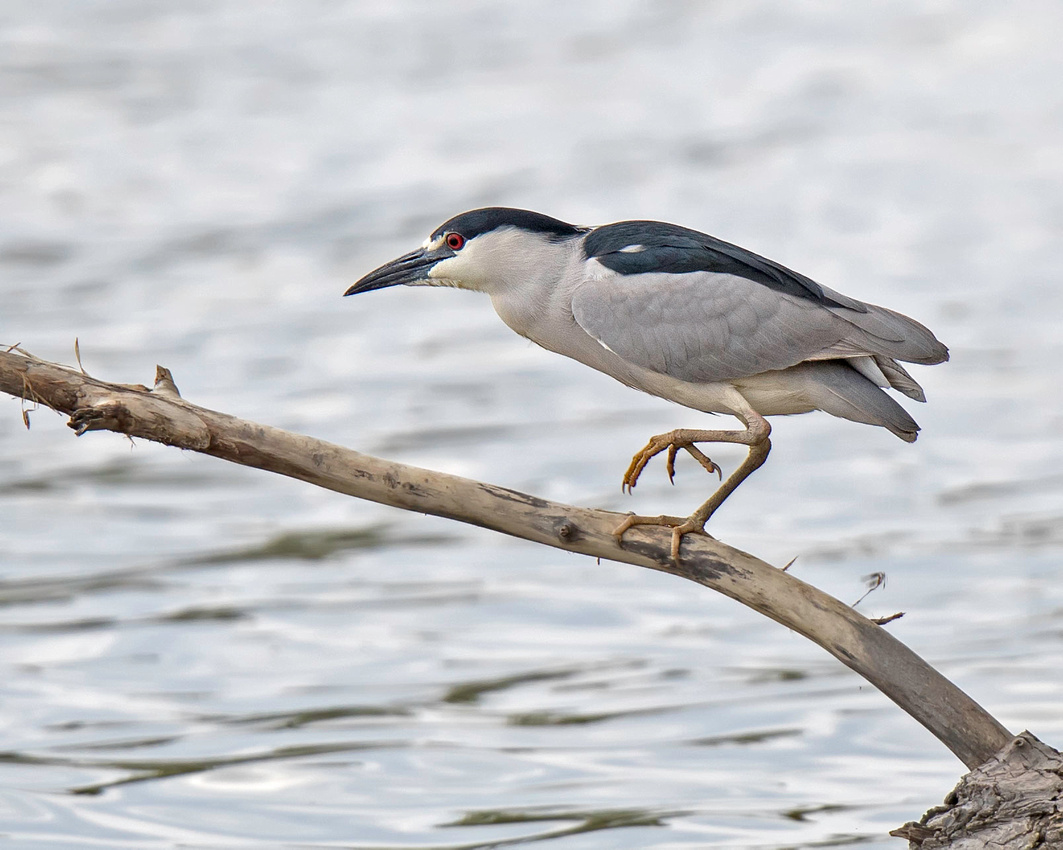 Bobolink (Lawrence County, PA) - I found several Bobolink mixed with Meadowlark and some sparrows.  The photo below is the female Bobolink. 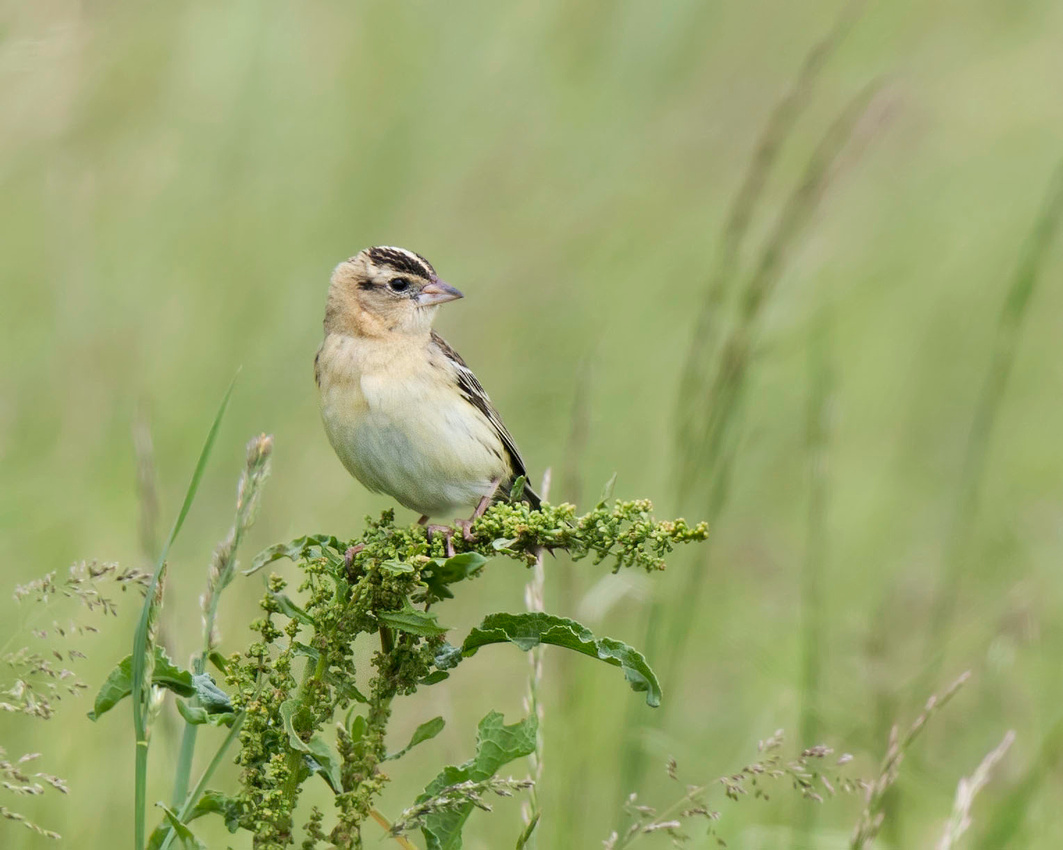 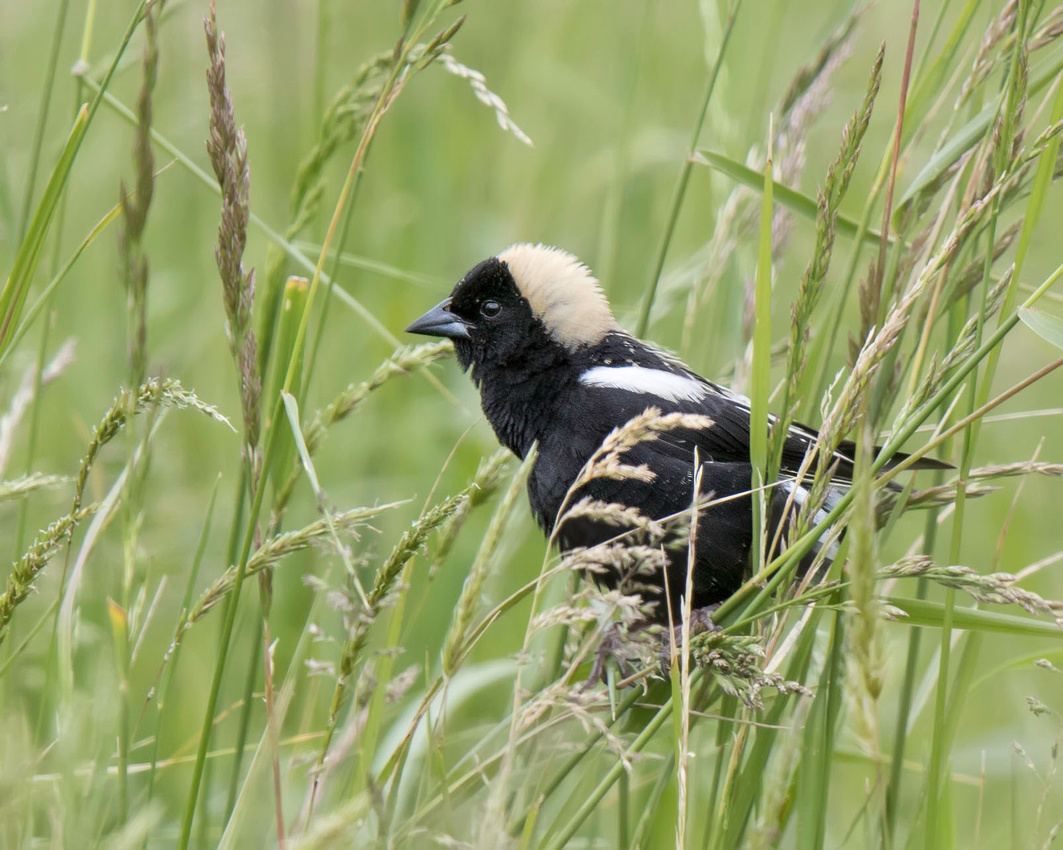 Common Grackle (Ottawa County, OH) - Known to be a poor but spirited singer, the Common Grackle has to be proud of their iridescent plumage. 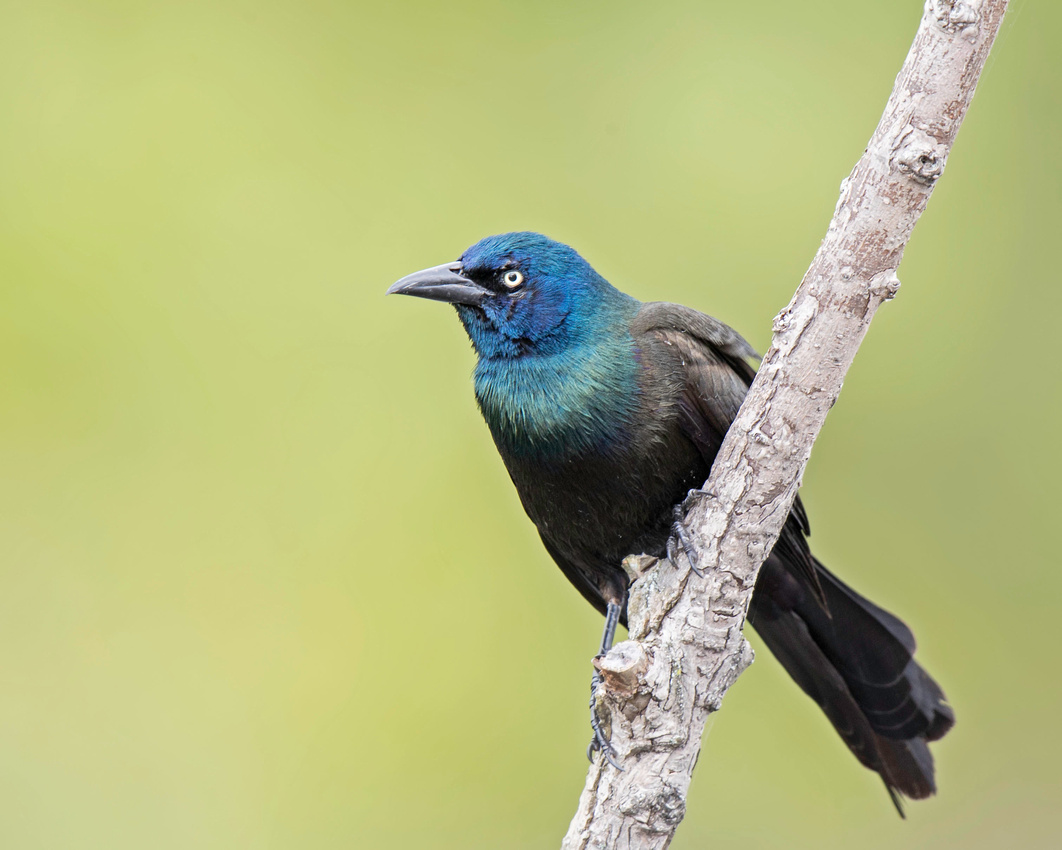 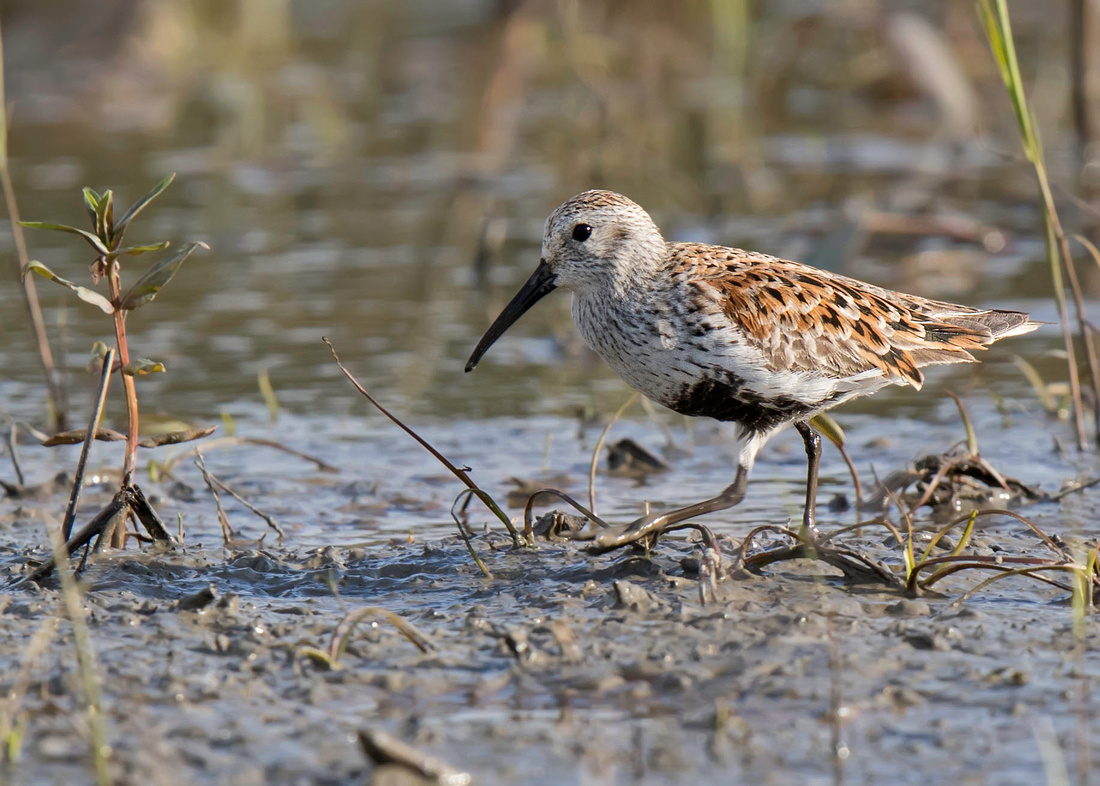 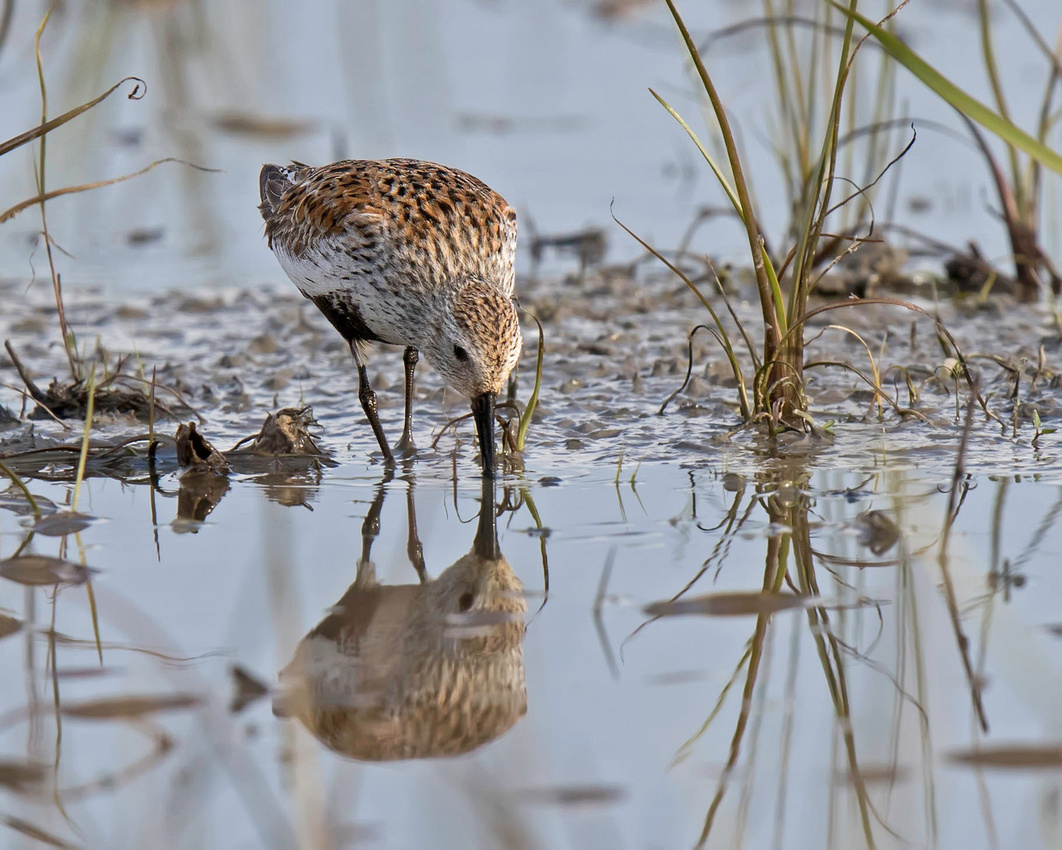 Eastern Towhee (Butler County, PA) - A vocal resident of our summer forest.  It's a special photo opportunity when you can find the male and female together in one frame. 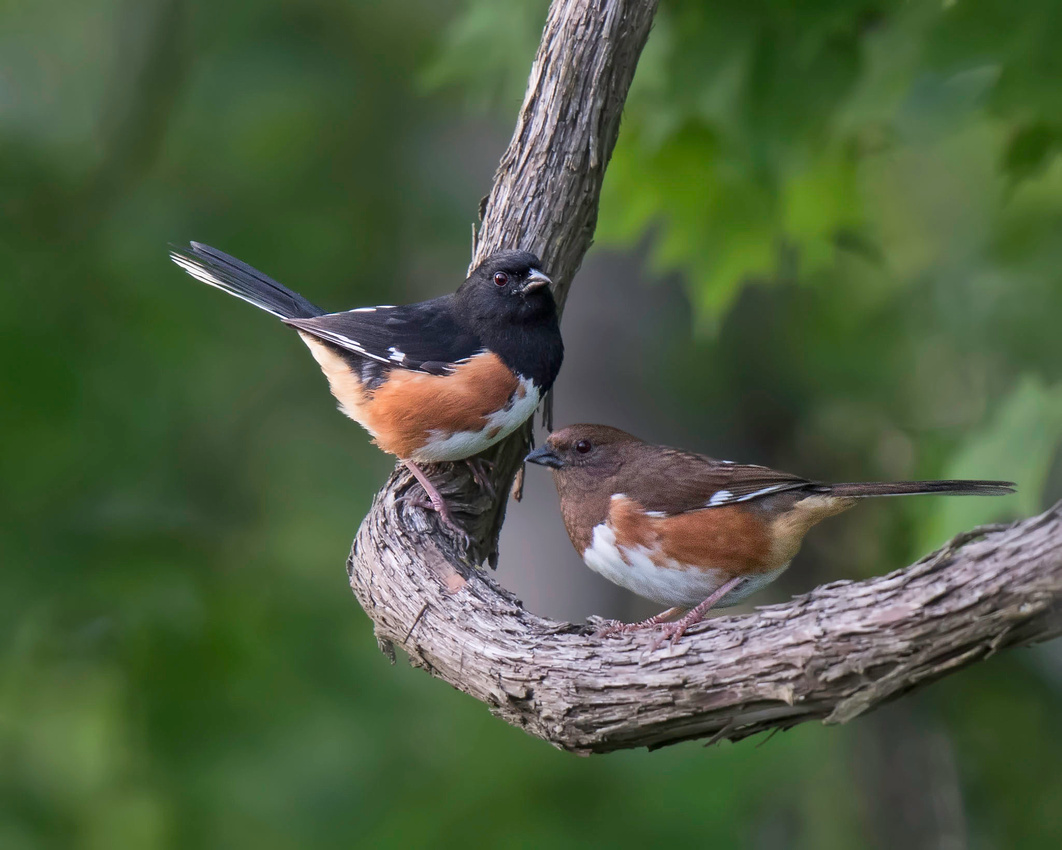 Greater Yellowlegs (Ottawa County, OH) - Taking a break on a mound in the marsh. 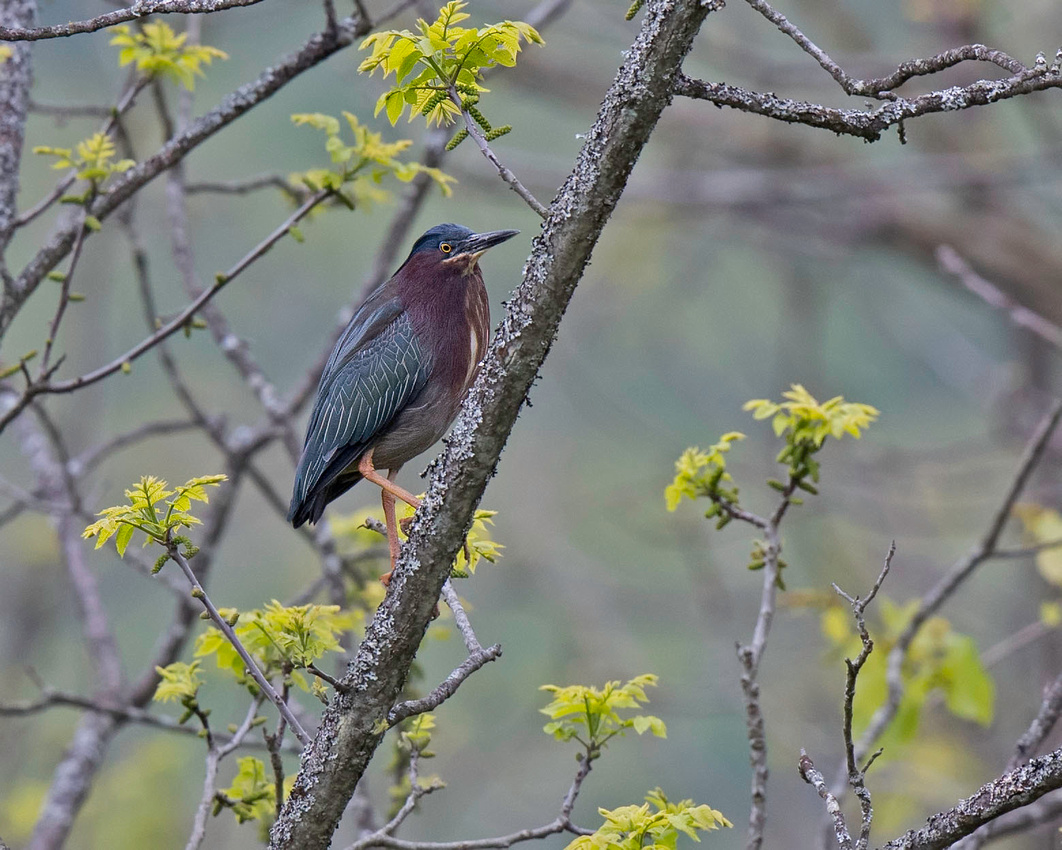 Green Heron chicks (Crawford County, PA) - A friend called me about a Green Heron nest in a nearby yard.  Height and leaves made photography difficult but it was neat to see. 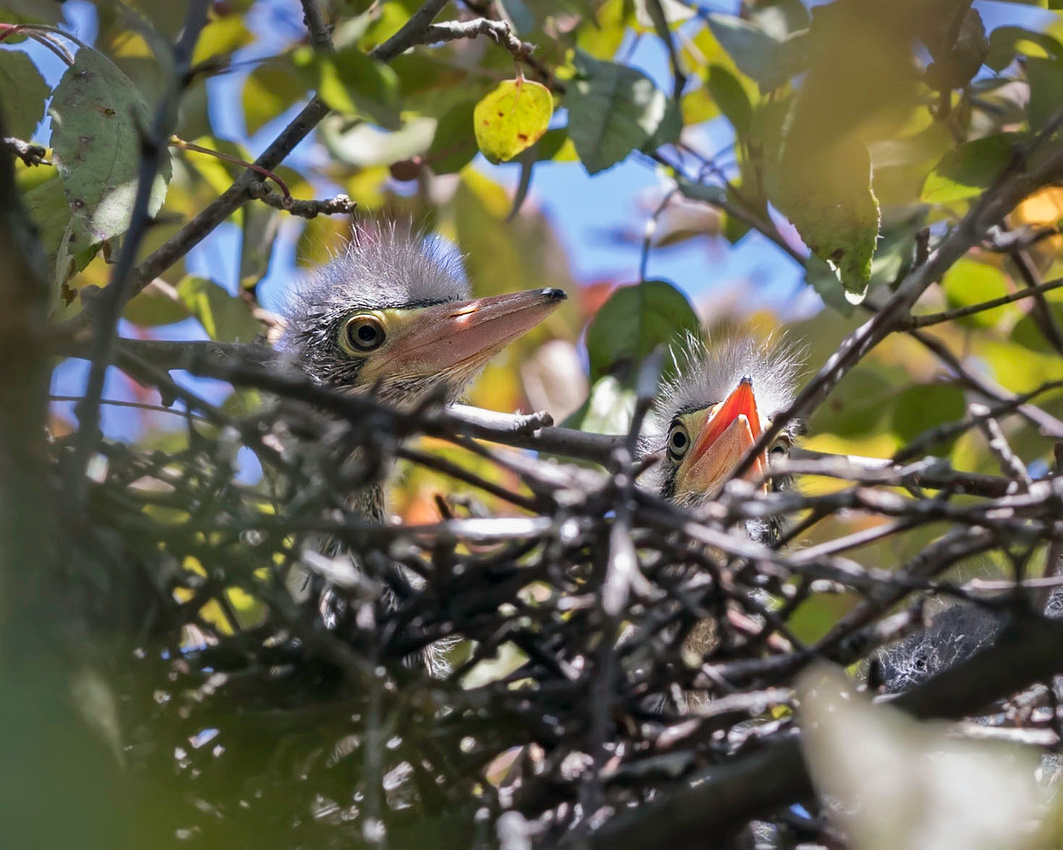 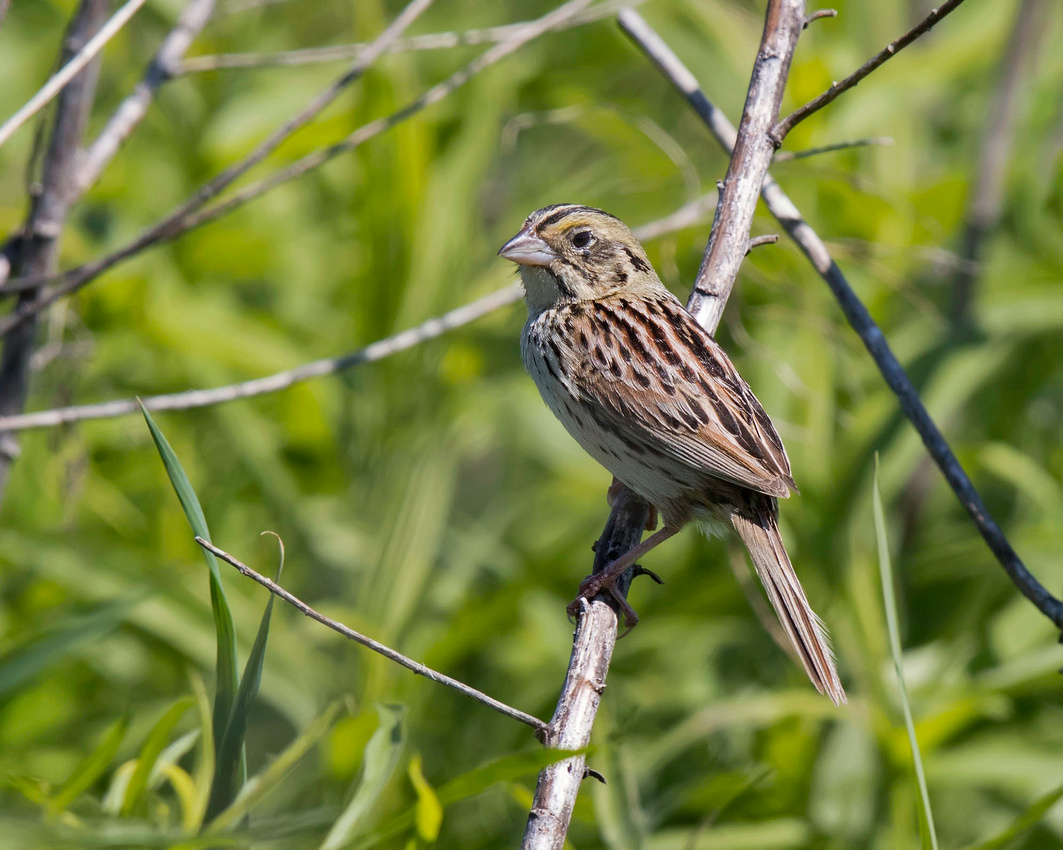 Hermit Thrush (Forest County, PA) - The Hermit Thrush has an interesting courtship behavior.  For the first two days after arriving to his springtime breeding grounds, he attacks and chases the female.  If she remains beyond the two days, a union is formed. 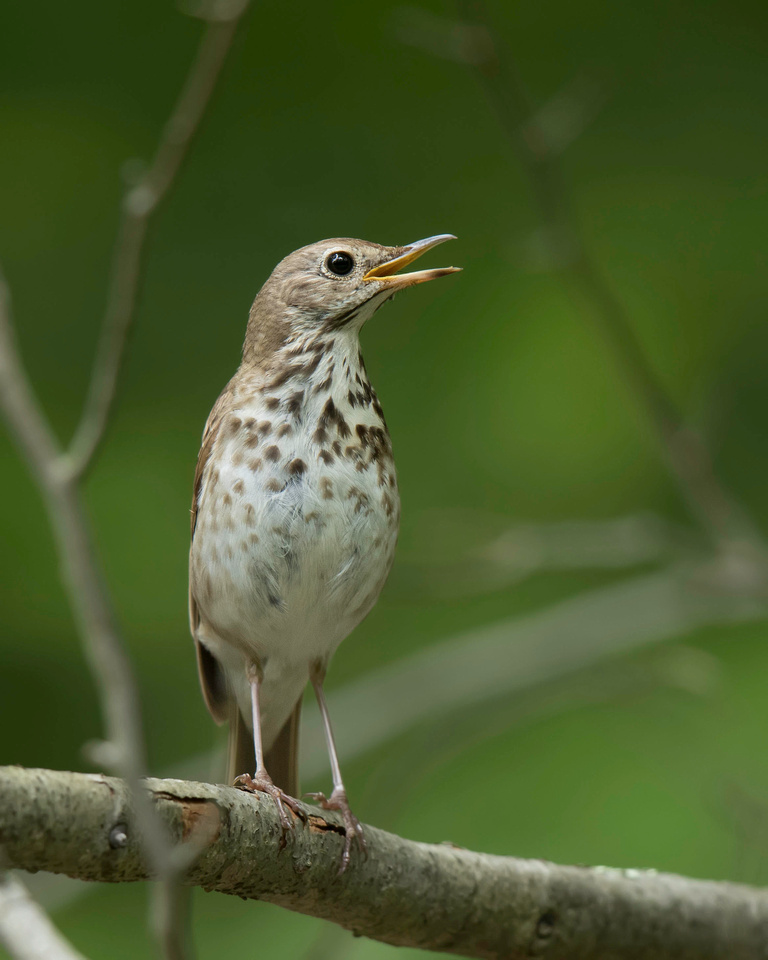 Philadelphia Vireo (Ottawa County, OH) - This guy looks very much like the Warbling Vireo pictured later in this photo blog.  The most noticeable difference is the yellow wash on the chin and chest of the Philadelphia Vireo. 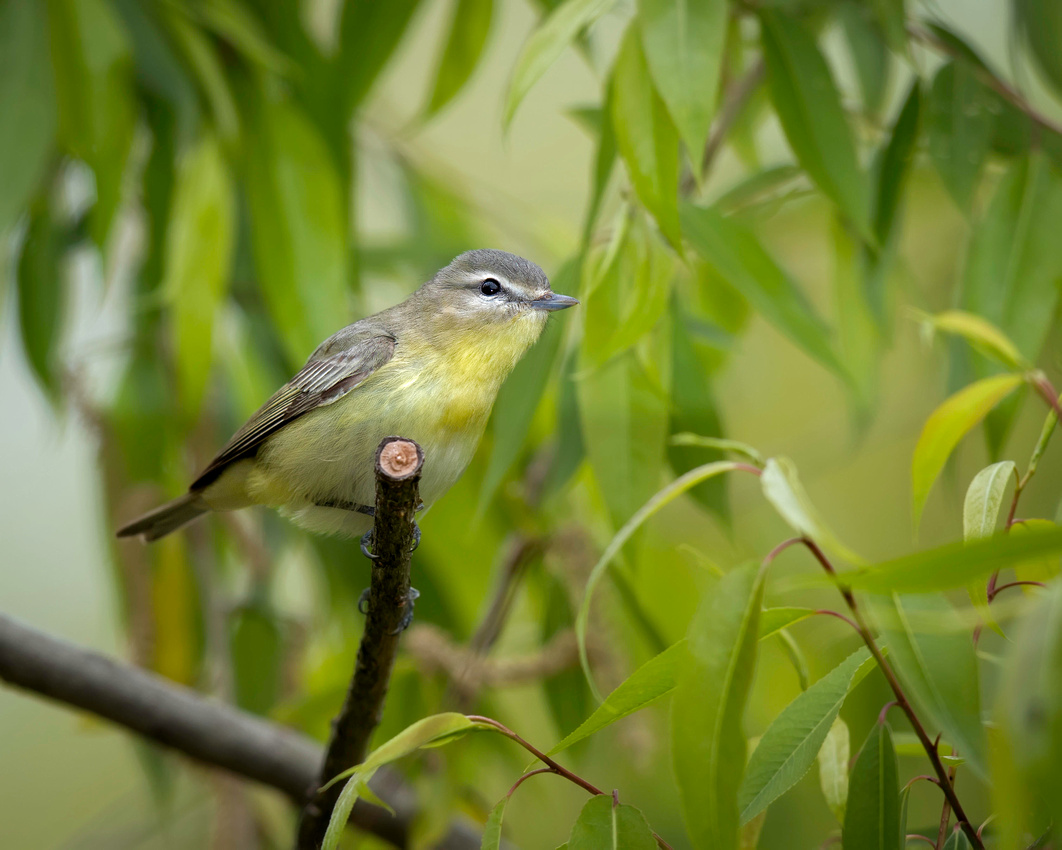 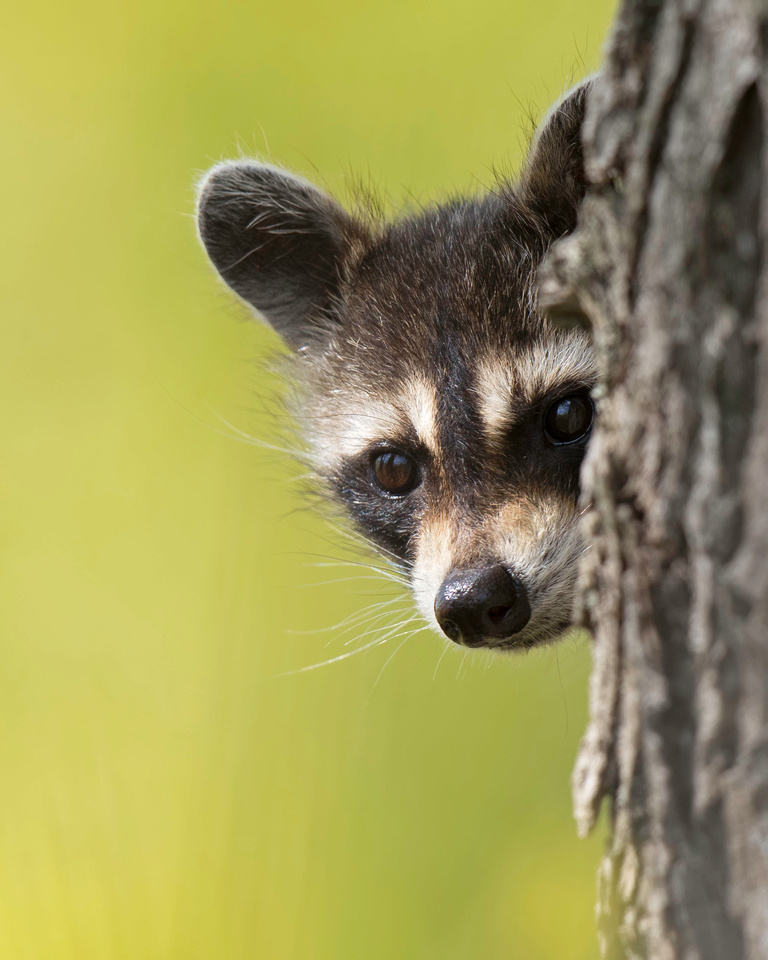 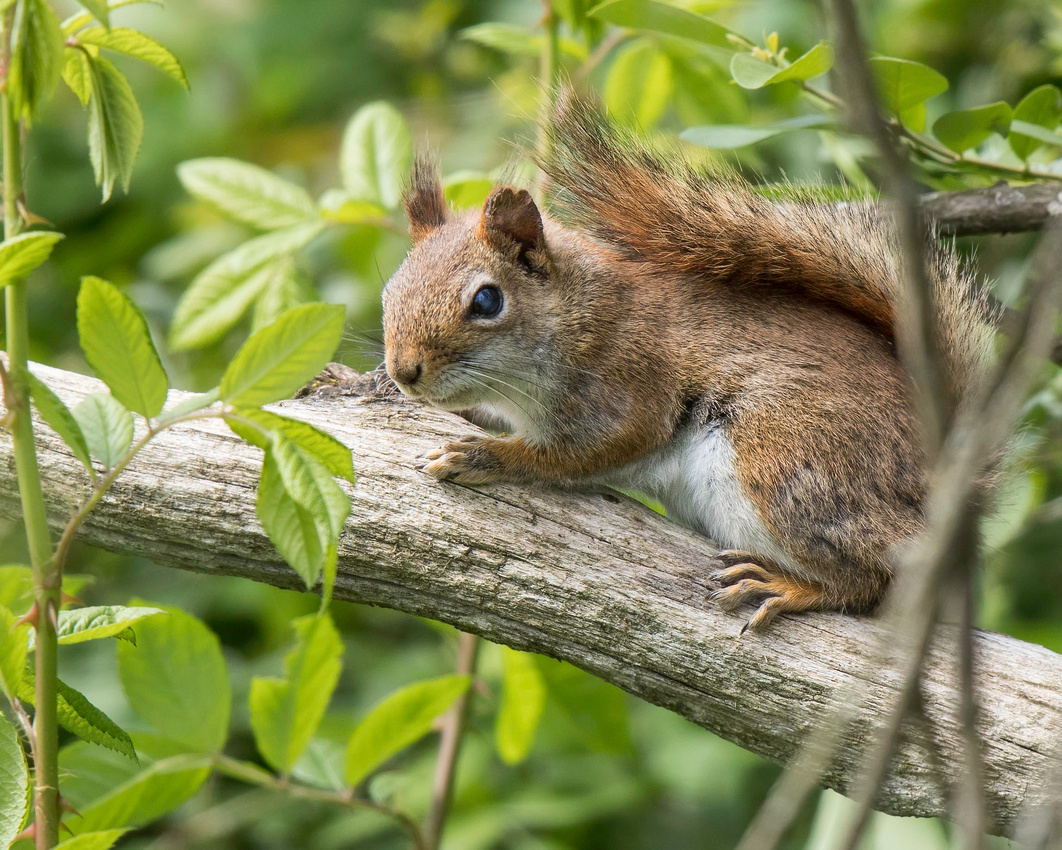 Red-headed Woodpecker (Mahoning County, OH) - Parks and golf courses are a good place to find this species of woodpecker.  I found them on a golf course in an Ohio Metro Park.  This one was looking for worms on the ground. 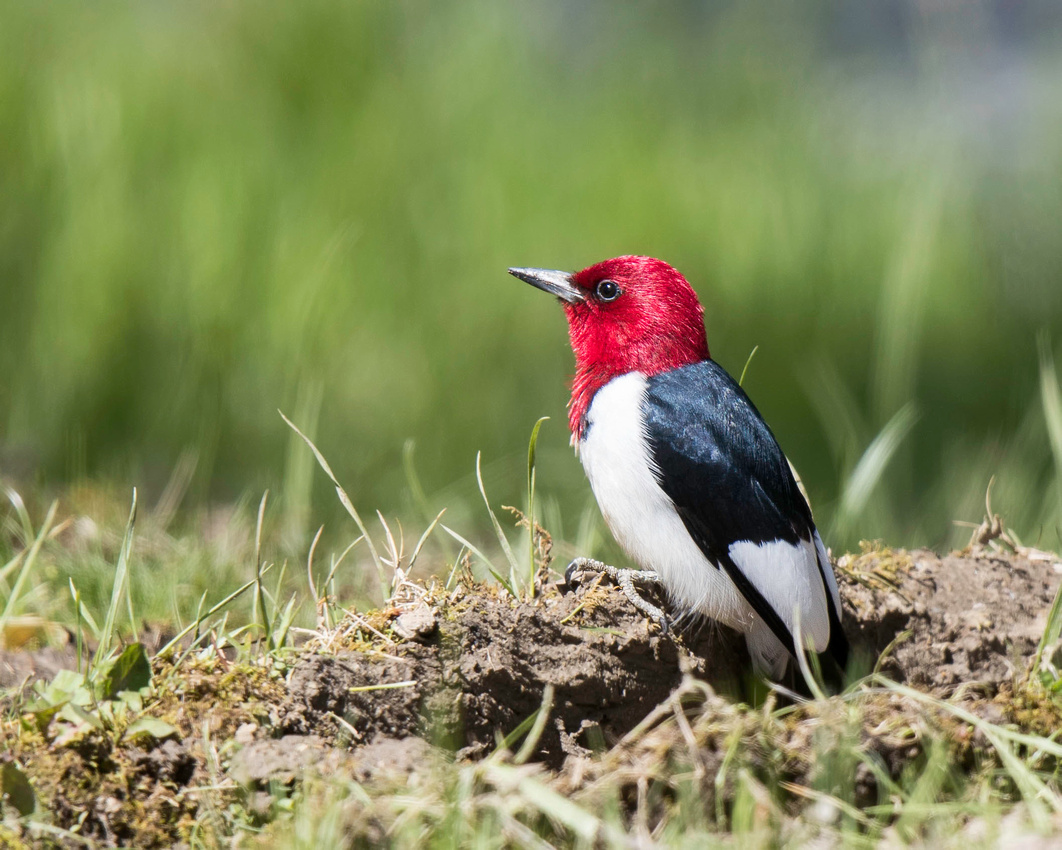 Red-headed Woodpecker (Mahoning County, OH) - I think this is one of the most beautiful reds in nature.

Red-winged Blackbird (Lawrence County, PA) - Even though they are plentiful, it's fun to capture a portrait showing his colors. 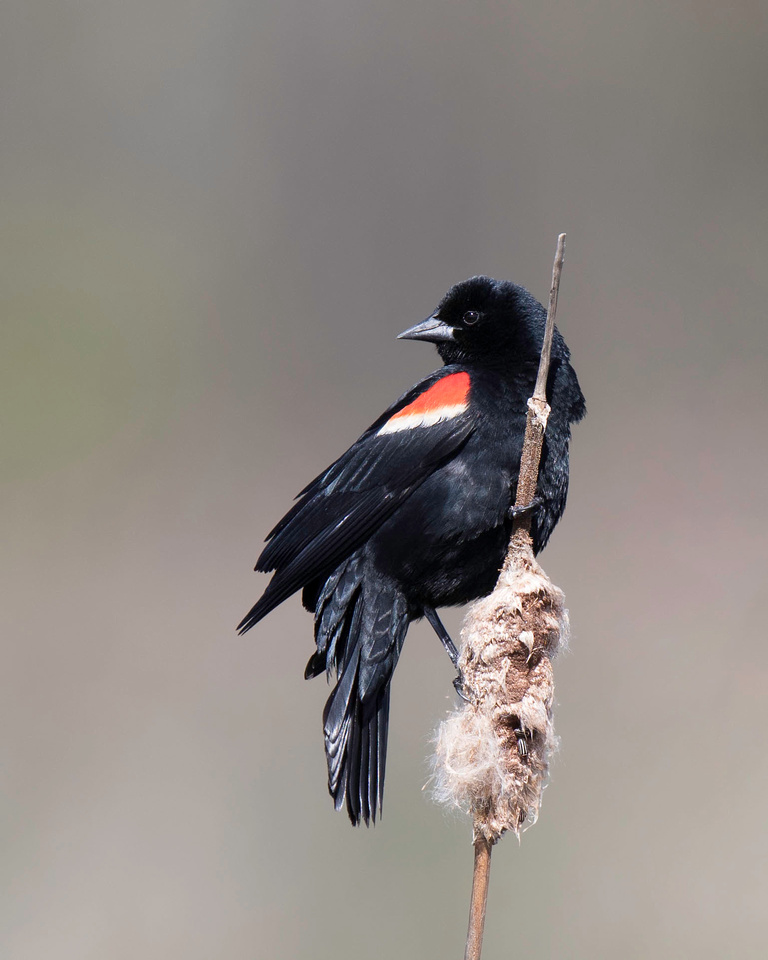 Rose-breasted Grosbeak (Forest County, PA) - He just appeared.  I had my back turned and I heard a chink sound that sounded like a sneaker on a gym floor.  I finally looked to see who was doing all the talking and there he was.  He must have heard a photographer was in town! 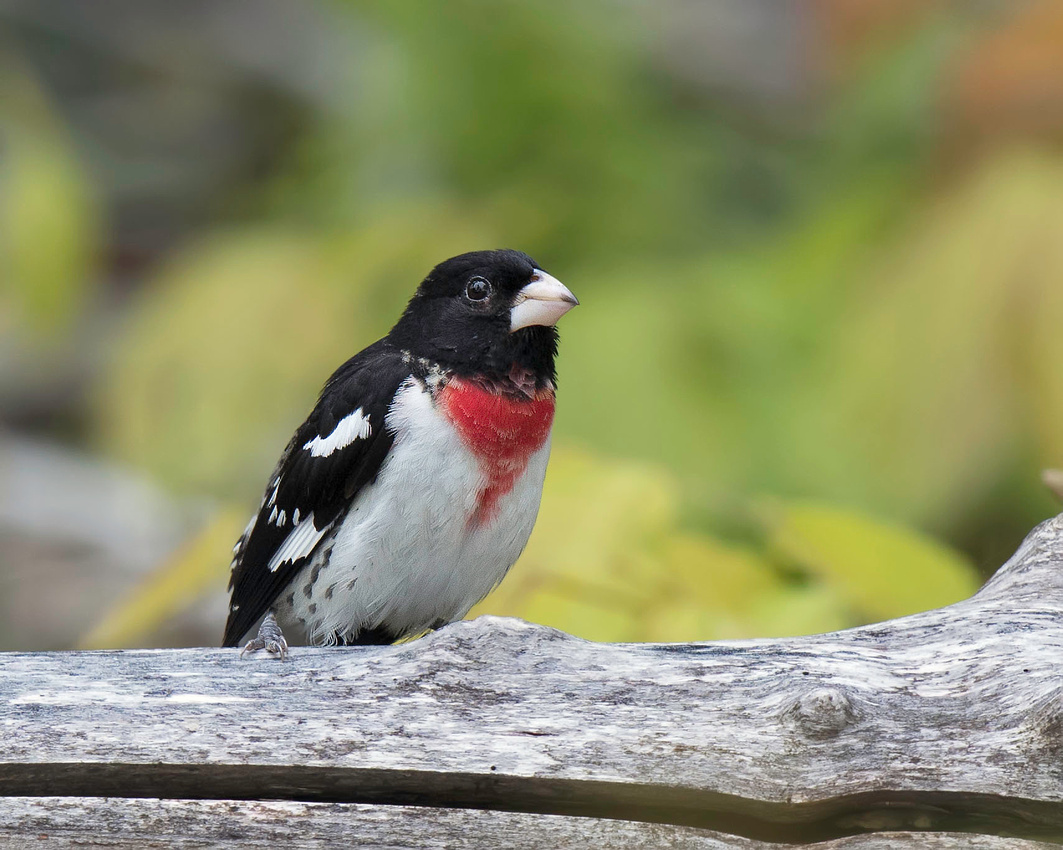 Ruddy Turnstone (Ottawa County, OH) - There are about 350 species of shorebirds in the world, but there are only 2 turnstones, the Ruddy Turnstone and the Black Turnstone, both of which occur in North America.  This one had his face buried in the pebbles of the Lake Erie shore when a wave came in. 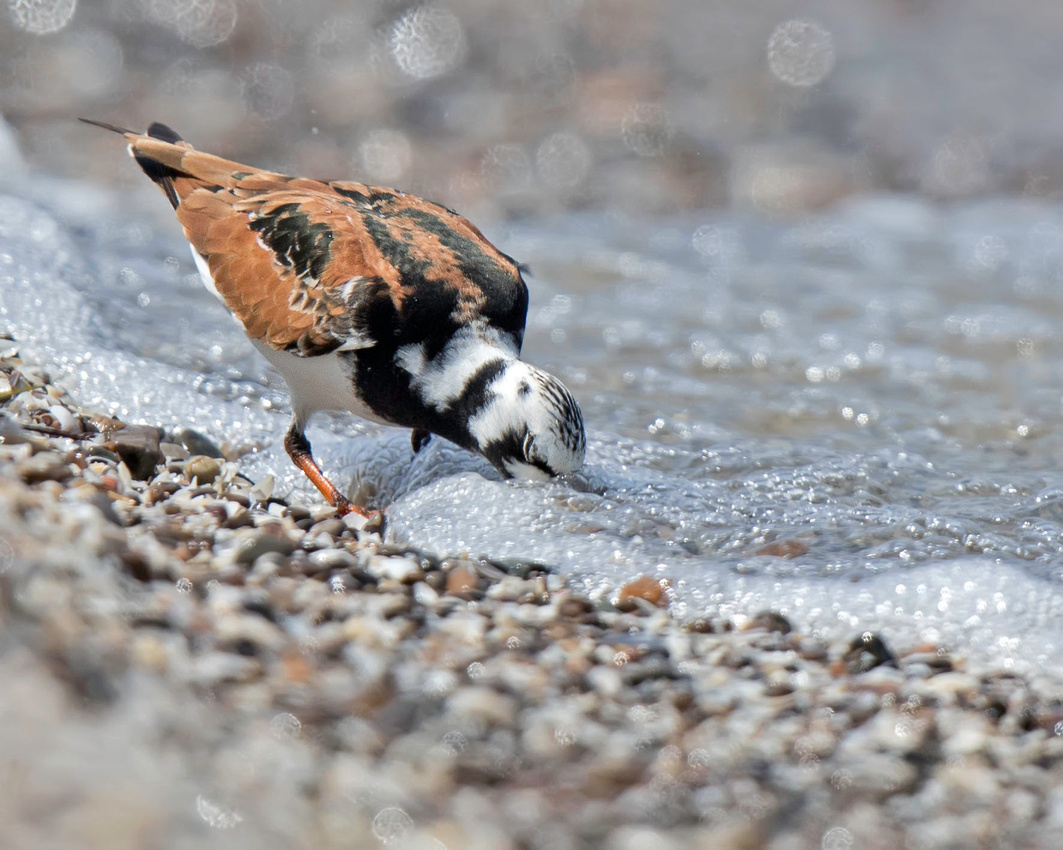 Ruddy Turnstone (Ottawa County, OH) - The turnstone gets its name from its habit of turning over stones when it looks for food. It is also sometimes called the seaweed bird because it often feeds among the kelp at low tide. 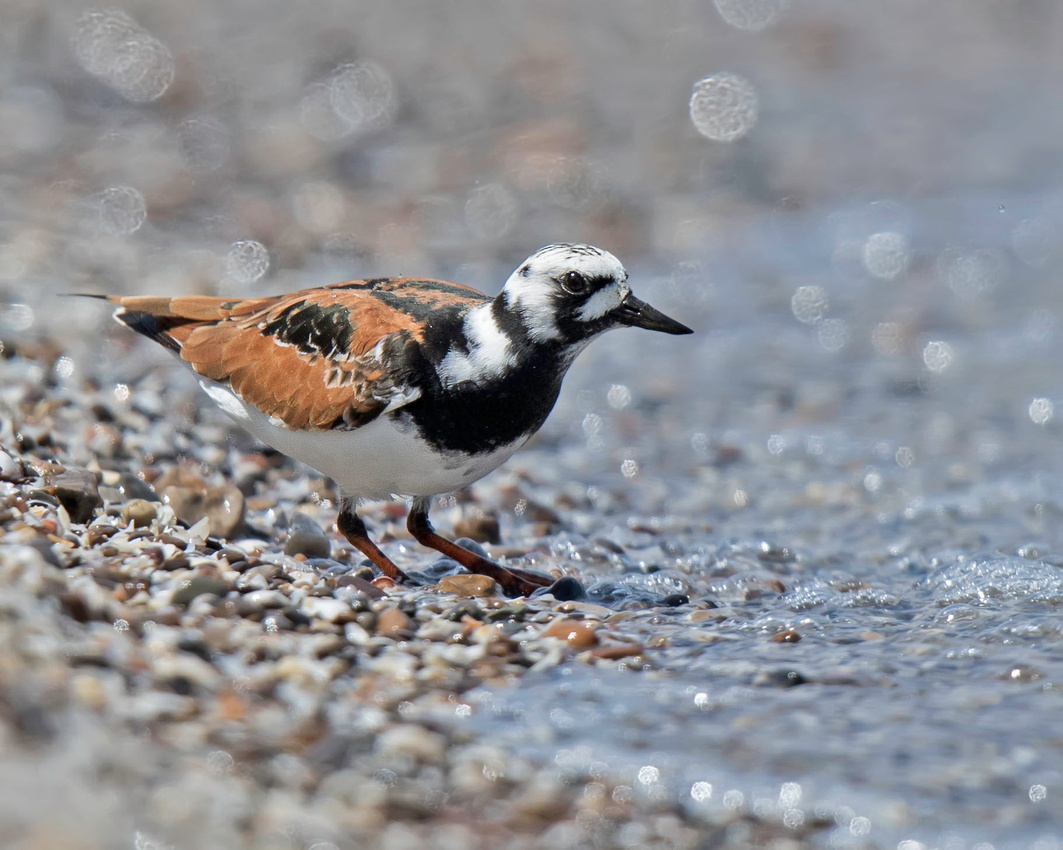 Scarlet Tanager Male (Indiana County, PA) - A beautiful tanager with a difficult plumage color to photograph.  The light needs to be just right to correctly expose the male Scarlet Tanager. Some of my photographs depict a bright red to an orange at times.  It really doesn't matter.  It's just a pleasure to see a Scarlet Tanager in branches low enough for a portrait. 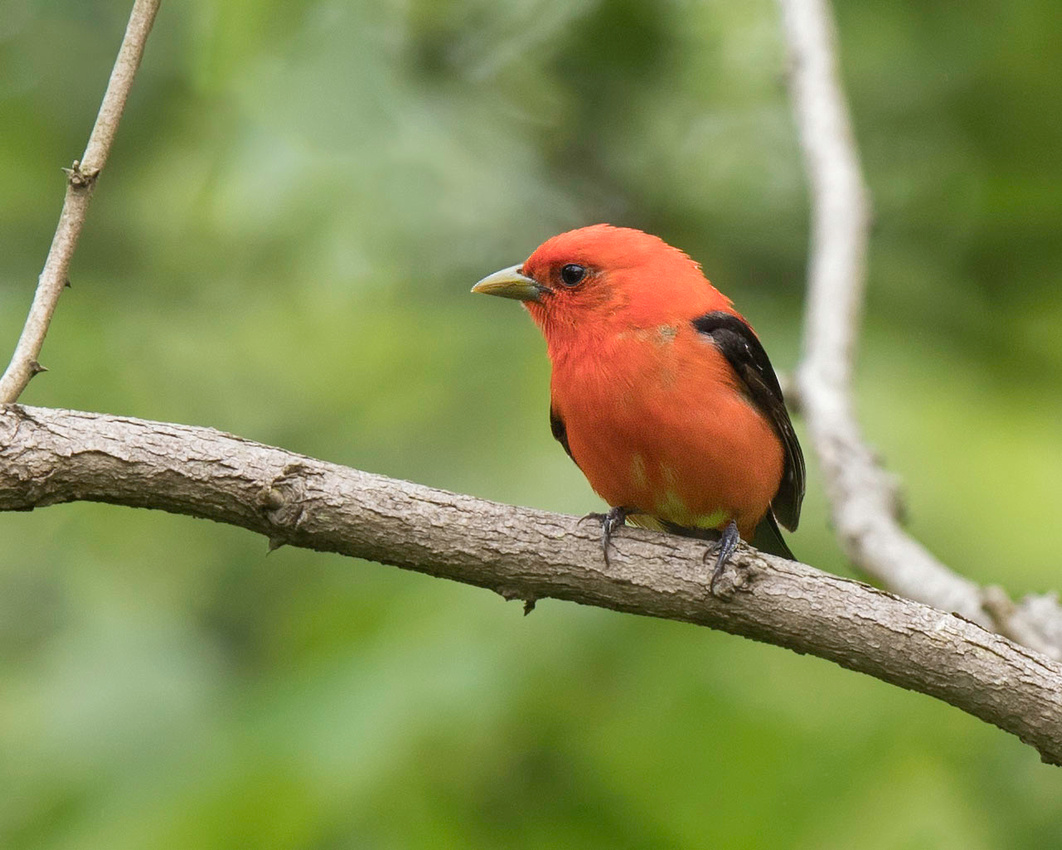 Scarlet Tanager Female (Indiana County, PA) - Sometimes a guy can get lucky and have the mating pair show themselves.  Too bad they weren't in the same frame like the Eastern Towhee earlier in this photo blog. 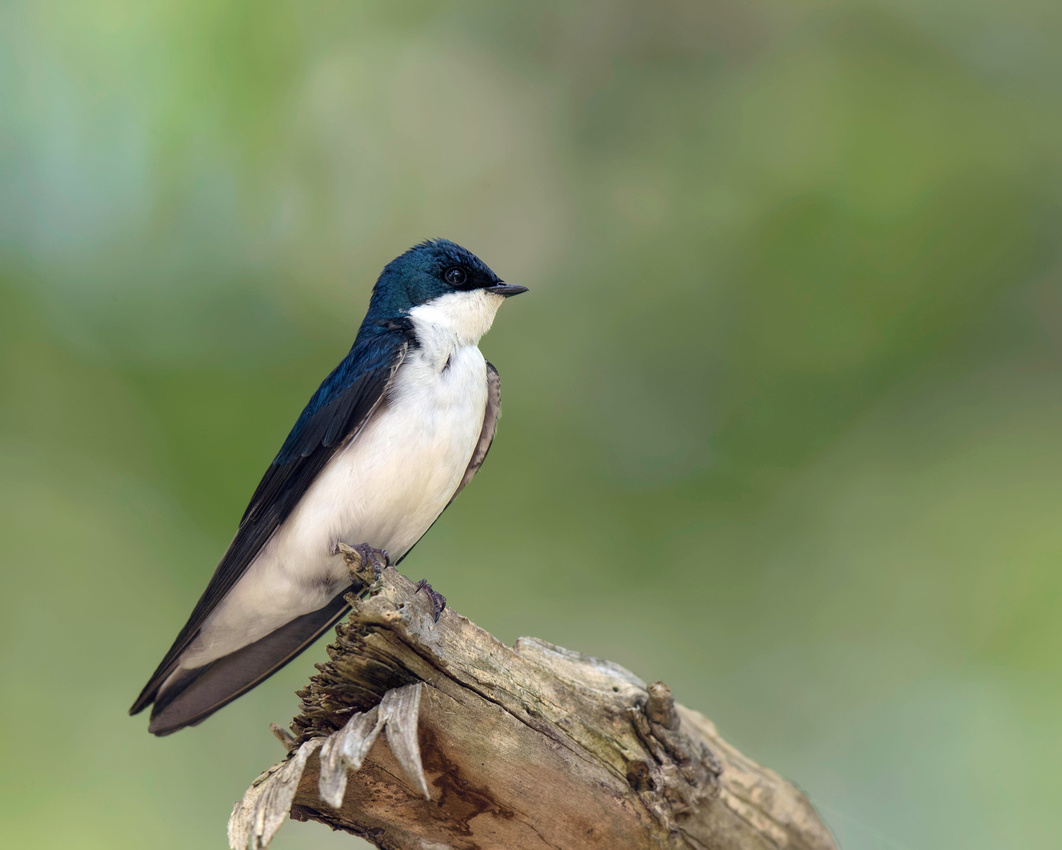 Warbling Vireo (Ottawa County, OH) - Looks like a warbler except for the beak. 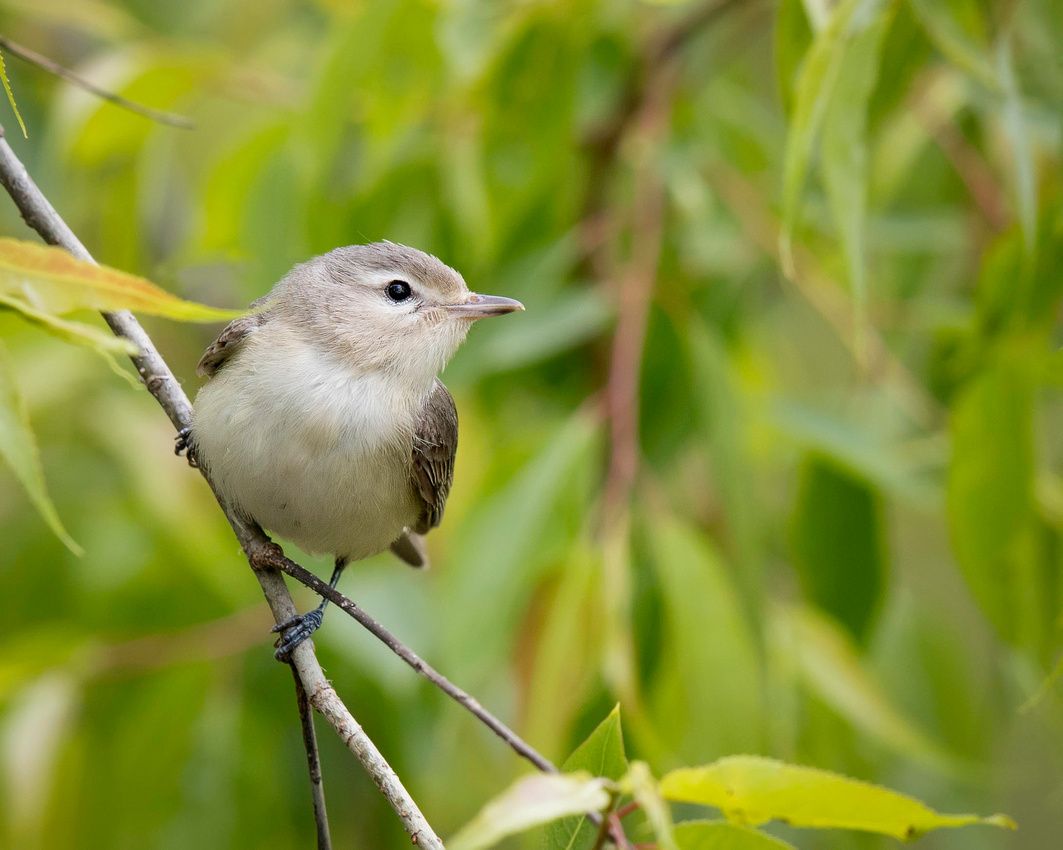 White-tailed Deer (Jefferson County, PA) - This doe was crossing a gas line cut over the hills.  The fawn was so small I had to wait for it to get into shorter grass to see it. 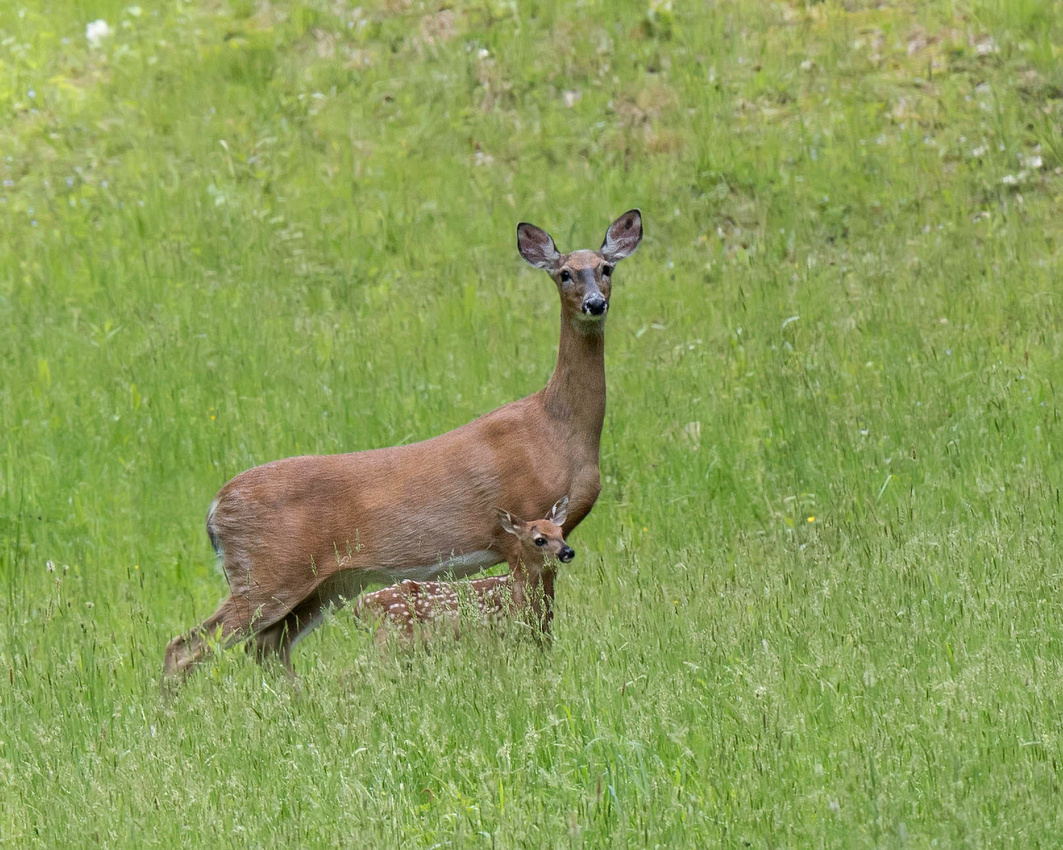 White-tailed Deer (Jefferson County, PA) - Another view as they turned up the hill. 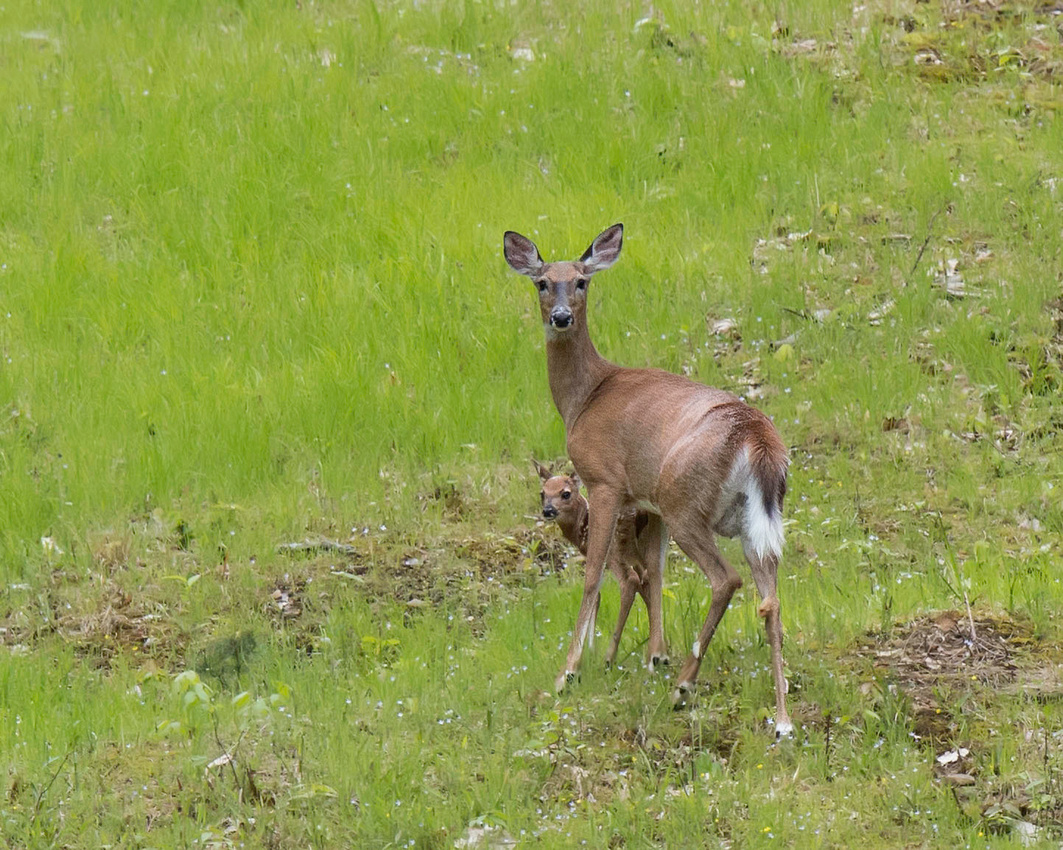 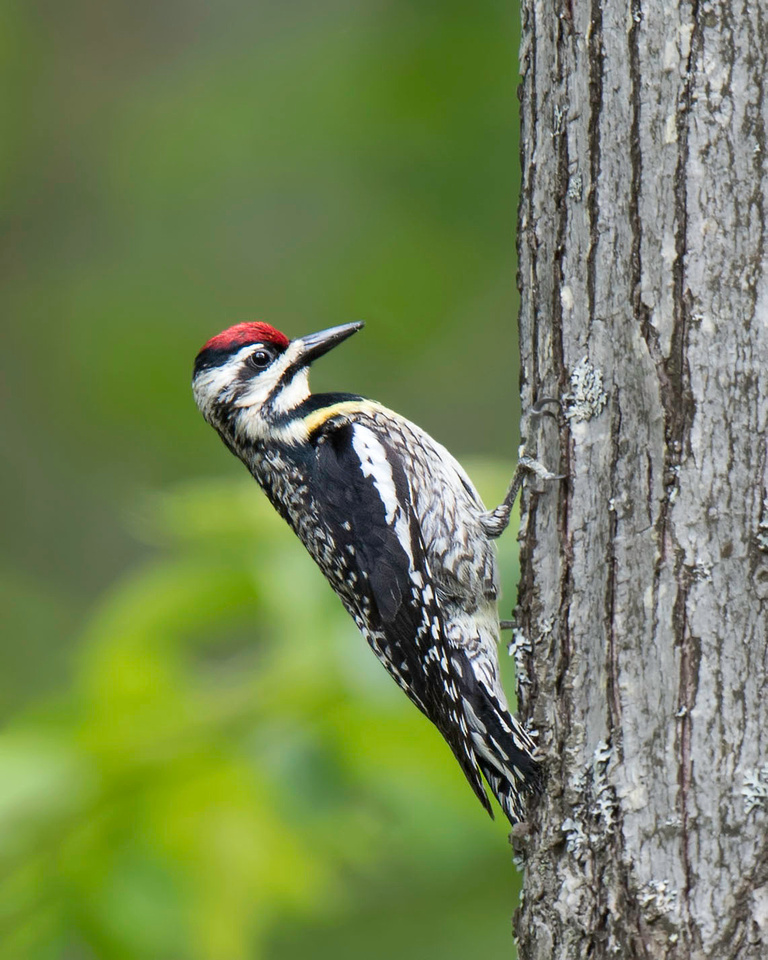 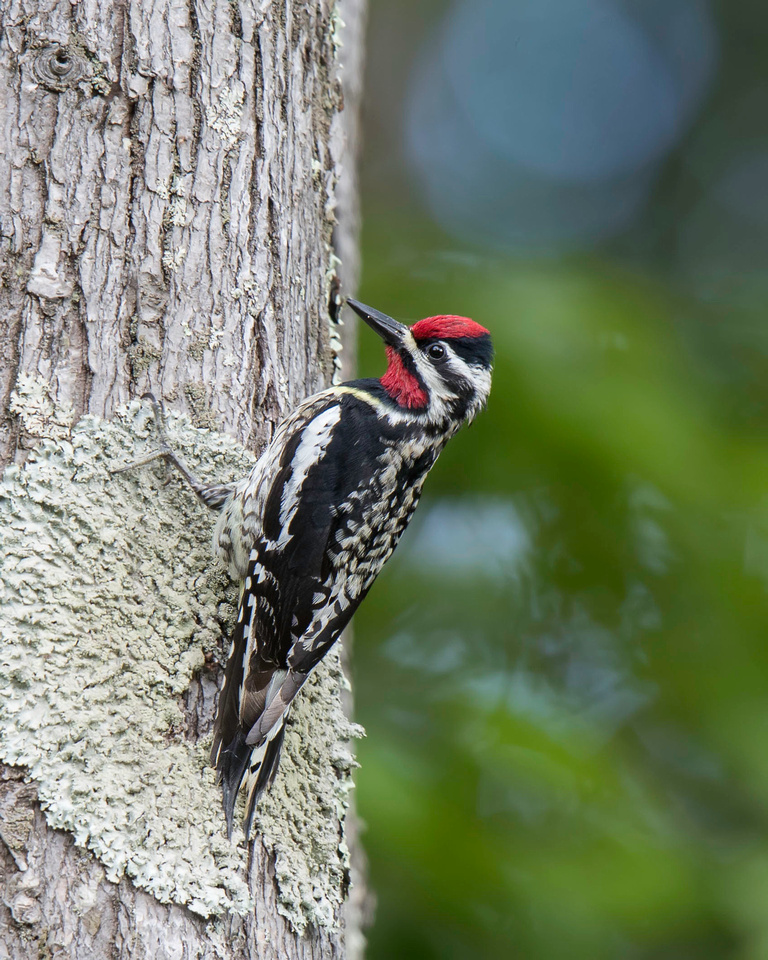 Well, that's it for now.  I saw all that wildlife while in search of warblers.  During all those travels, I wonder what was hiding in the bushes that I didn't see.  Hmmm, I think I'll have to go back!