The Prothonotary Warbler, often called a "swamp warbler" in the southeast, are usually found in the dim understory of woodland swamps.  They have been described as "a golden ray of light" as they jump around the branches searching for insects.  As you will see in the following images, that is exactly where I photographed this little male.

Although the range map below doesn't show it, there are breeding Prothonotary Warblers in the state of Pennsylvania.  They are only one of two warblers that nest in holes in standing dead trees.  The Lucy's Warbler is the other but since they live in far southwestern United States, I'm not going to find any of those in Pennsylvania.

Do you know how the Prothonotary Warbler got its name?  They got their name from the bright yellow robes worn by papal clerks, known as prothonotaries, in the Roman Catholic church. 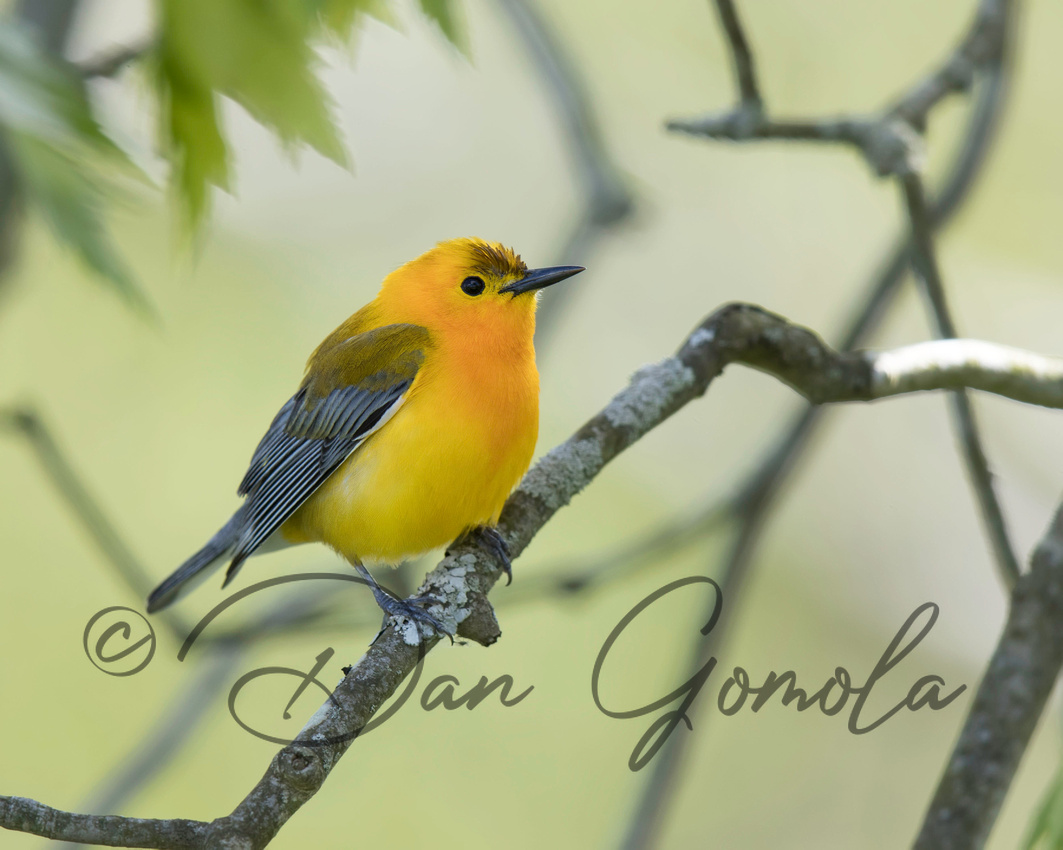 All of the adult Prothonotary Warblers that I photographed have dark, wet looking feathers on their crown where they should have bright yellow feathers like the rest of their head.  The reason is not certain but some people have said it is because of their method of hunting for insects.  They look under leaves and reach in for the insect so water touches their heads, making them wet.  Another idea is that certain plants have a sap textured secretion from their leaves and the sap gets on their head while hunting and stains the feathers. 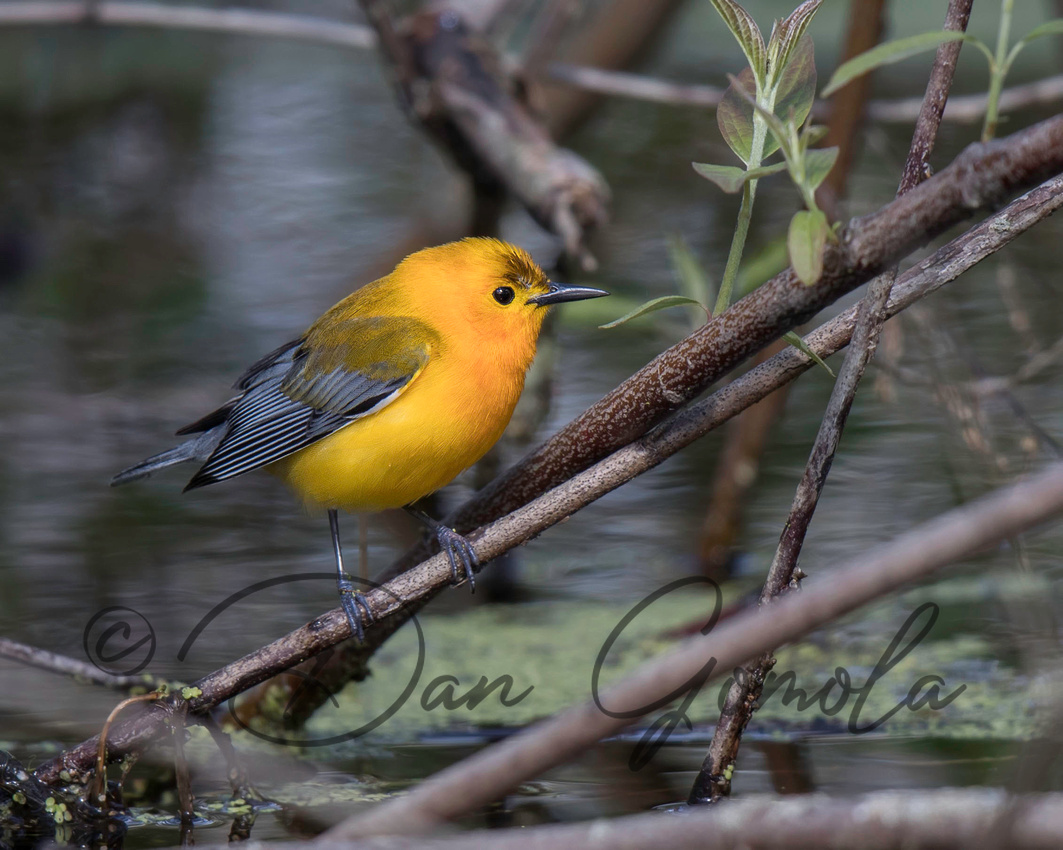 I watched this Prothonotary Warbler hunting for quite a while and smiled at the positions he got into while looking for insects.

The conservation status of the Prothonotary Warbler is better than other warblers but they are still on the decline.  The clearing of swamp forests in the south have affected their breeding range.  Elsewhere, birdhouses have helped them remain fairly common.