The Mourning Warbler seldom leaves the protection of their dense habitat and they tend to sing only on their breeding grounds.  Even though they can be common in some locations, they are much less frequently seen.  This May, me, Elena, and friends Tom Dorsey, Tony Bruno, and Jake Dingel made a few trips, not always together, into the Allegheny National Forest in search of Mourning Warbler habitat.  We were lucky to find some occupied by a Mourning Warbler or two. 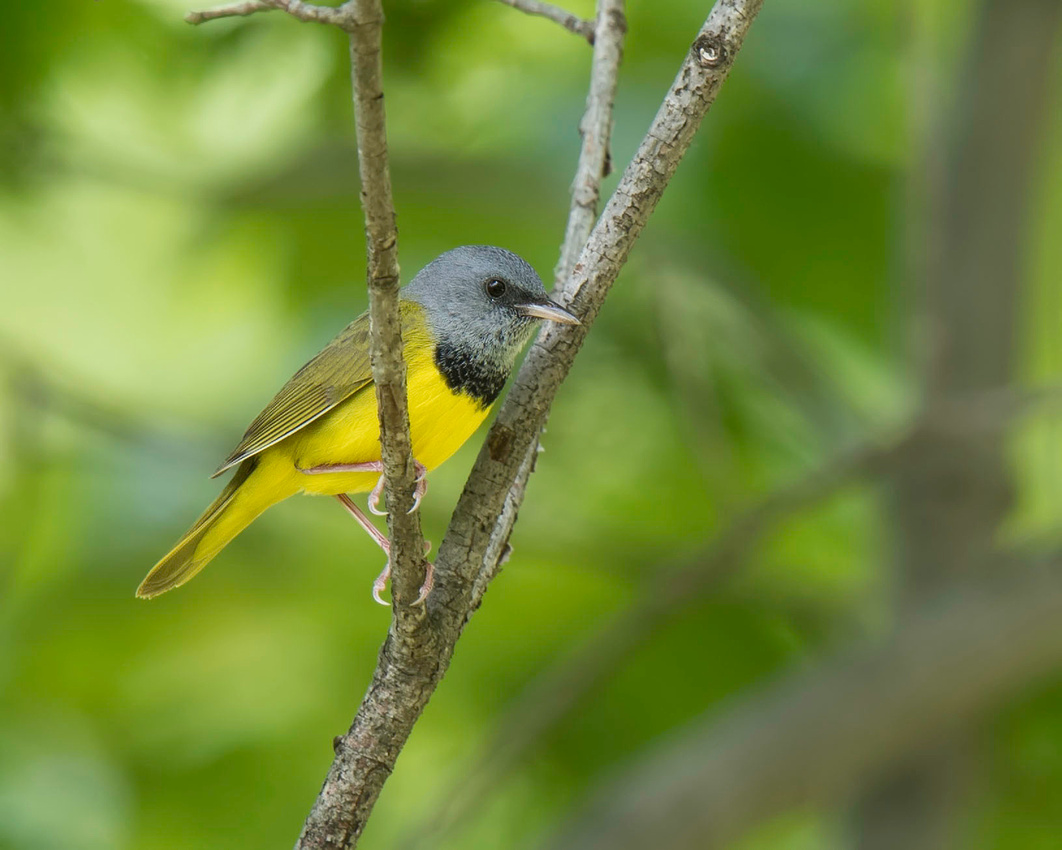 On one trip, Elena and I found a Mourning Warbler at one location and he showed himself for about five seconds in the thicket in front of me.  We waited several minutes and he didn't return so we moved on.  The next location was a little better.  A male appeared and spent about 10 minutes flitting between fallen limbs that were laying on the ground after loggers took the forest they needed. 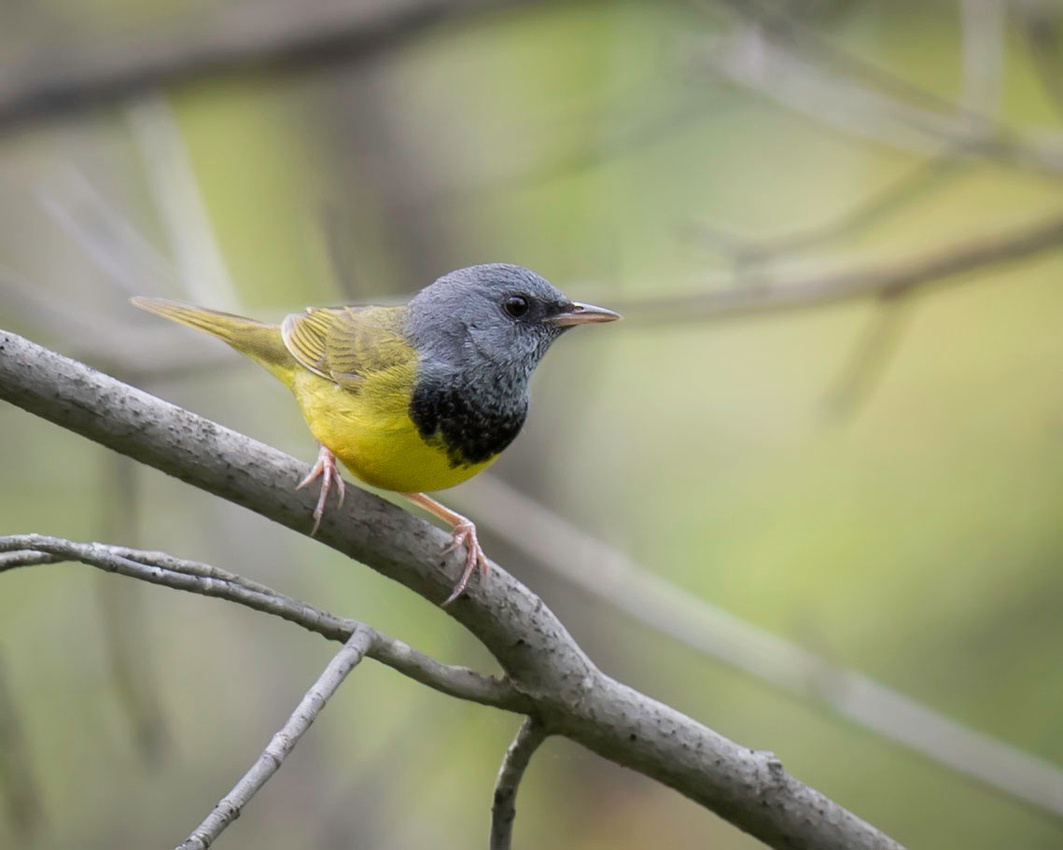 You can see in the map below that the lower end of their breeding territory extends into northern Pennsylvania.

Pioneering ornithologist Alexander Wilson claimed the dark "hood" and black breast patch reminded him of someone in mourning. 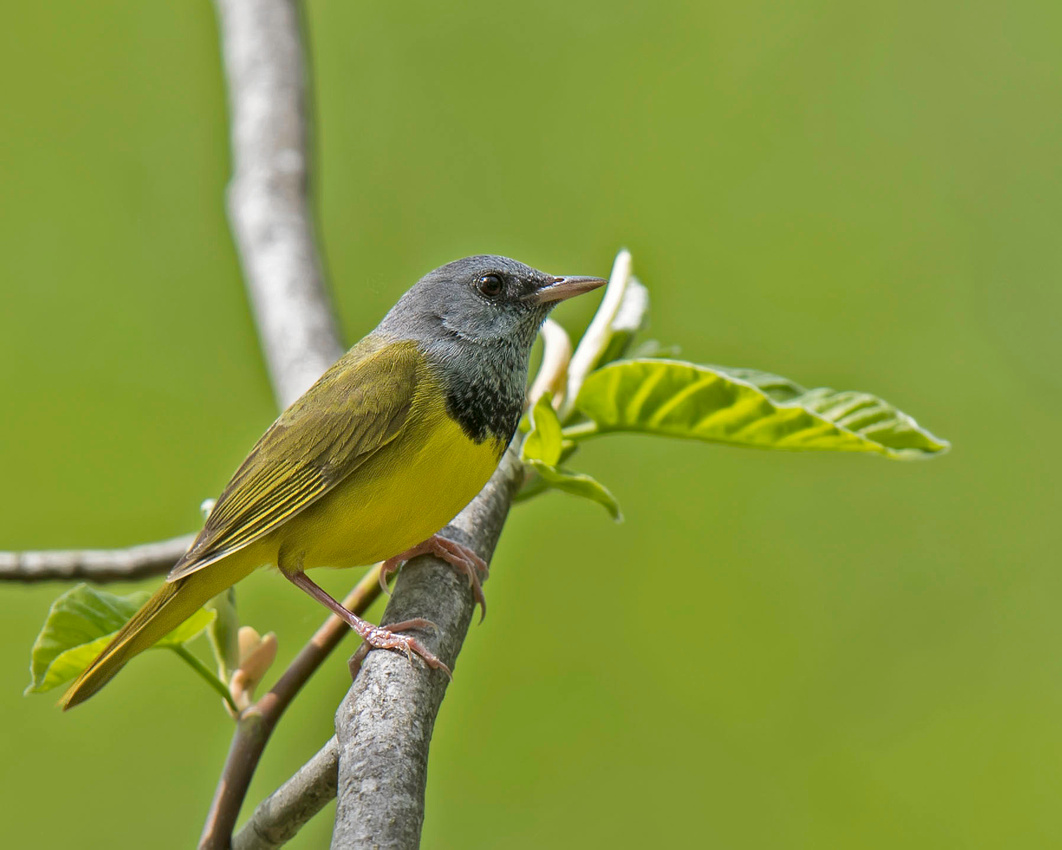 This little male continued to fly back and forth.  Apparently, I didn't come close to a nest because both male and female Mourning Warblers pretend to have broken wings to distract predators that come too close to their nest. 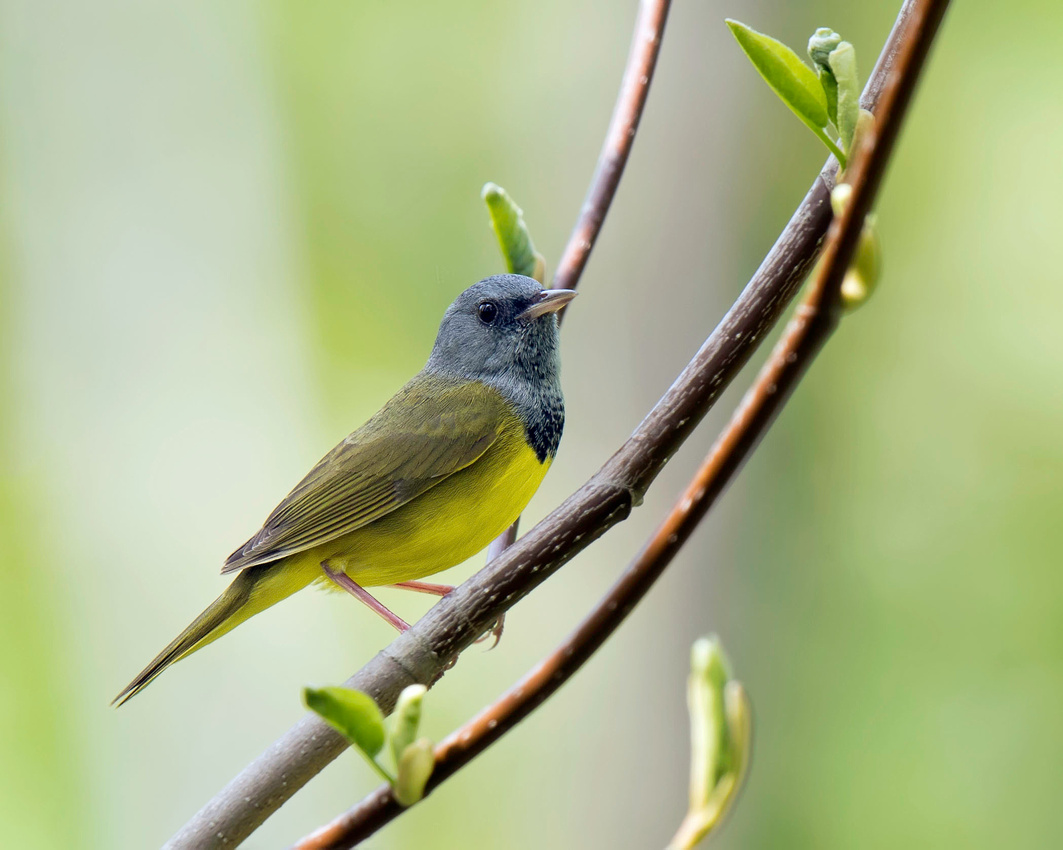 The Mourning Warbler is not as vulnerable to loss of habitat as other warblers.  Logging of old growth forests provide exactly the habitat they need to breed.  According to reports from the National Audubon Society, current numbers are stable.