On my quest of photographing warblers this spring I did have the opportunity to photograph a few seldom seen, or rare birds.  I decided to single out a few species because of their rarity and/or their beauty.  The first photo blog, published on June 4th, was about the Golden-winged Warbler.  Today's photo blog is about the Kentucky Warbler.

The Kentucky Warbler is a small, brightly colored warbler whose loud song can be heard in the undergrowth of eastern deciduous forests.  They spend most of their time on the ground in moist, leafy woodlands searching for insects.  Despite its bright colors, the dark shadows of the forest keeps them well hidden. 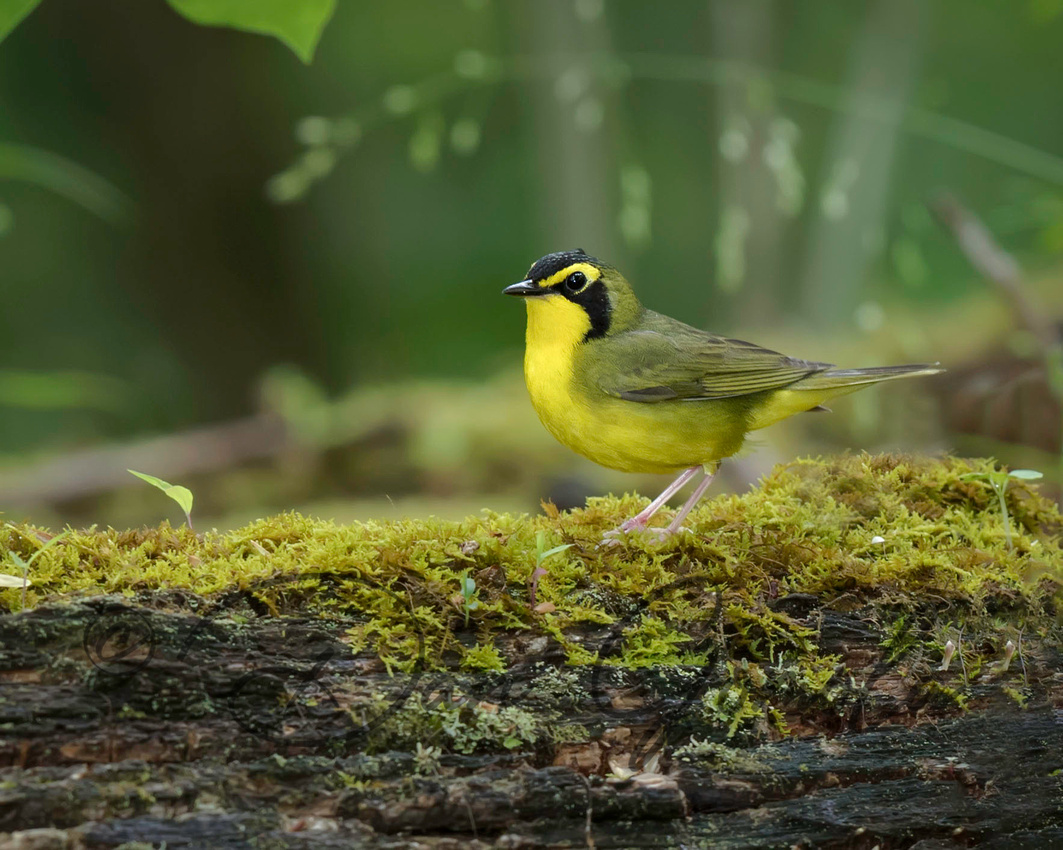 The main diet of the Kentucky Warbler consists of various insects including moths, bugs, ants, grasshoppers, beetles, caterpillars, aphids, grubs, and spiders, plus a few berries. 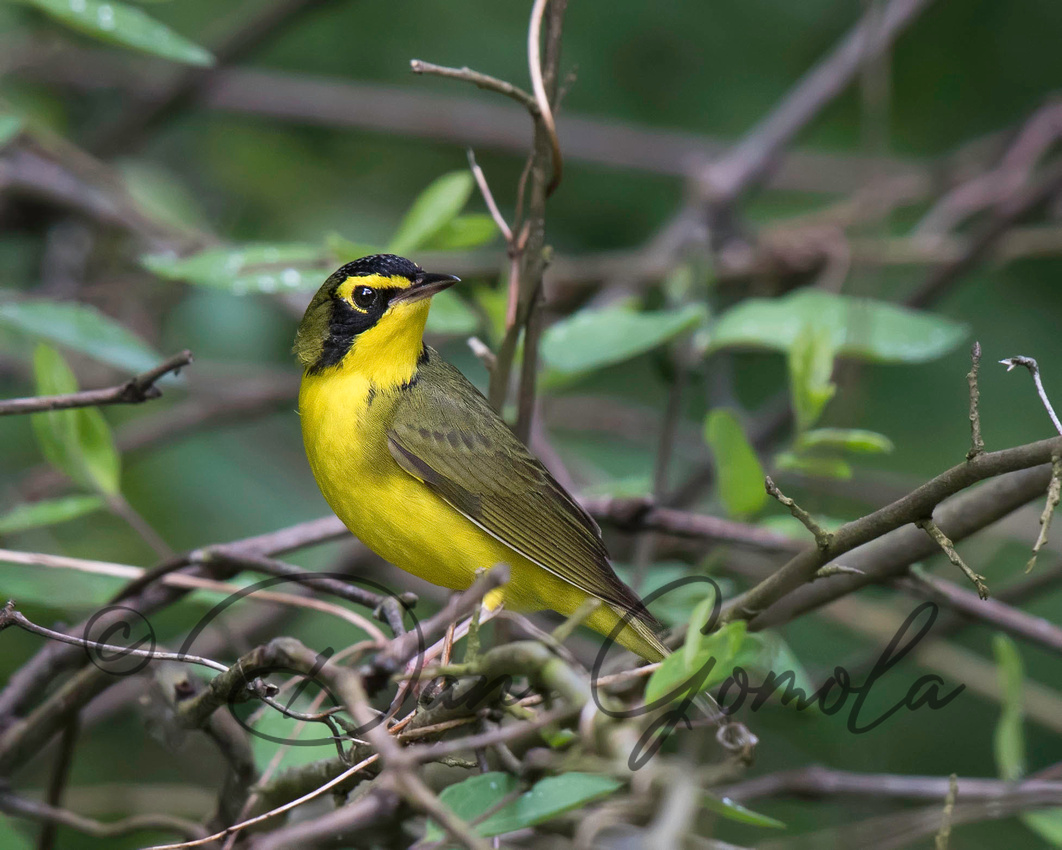 I was able to get some images of this beauty on the edge of some pretty thick shrubs along a large tract of deciduous forest.

We in Pennsylvania get to enjoy the presence of the Kentucky Warbler for another two months.  They begin to leave their breeding ground in August. 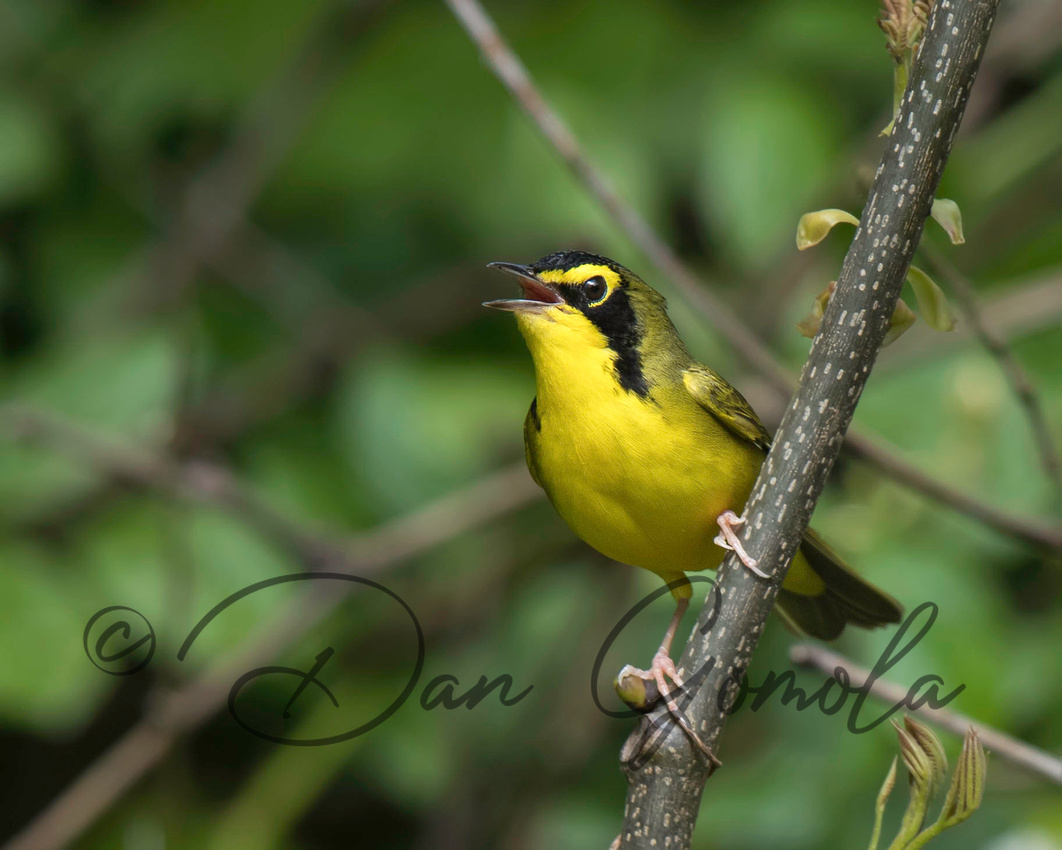 The Kentucky Warbler sings a loud springtime song but he usually sings from a secluded perch.  When you hear him sing, it's hard to believe they are such a shy and elusive bird. 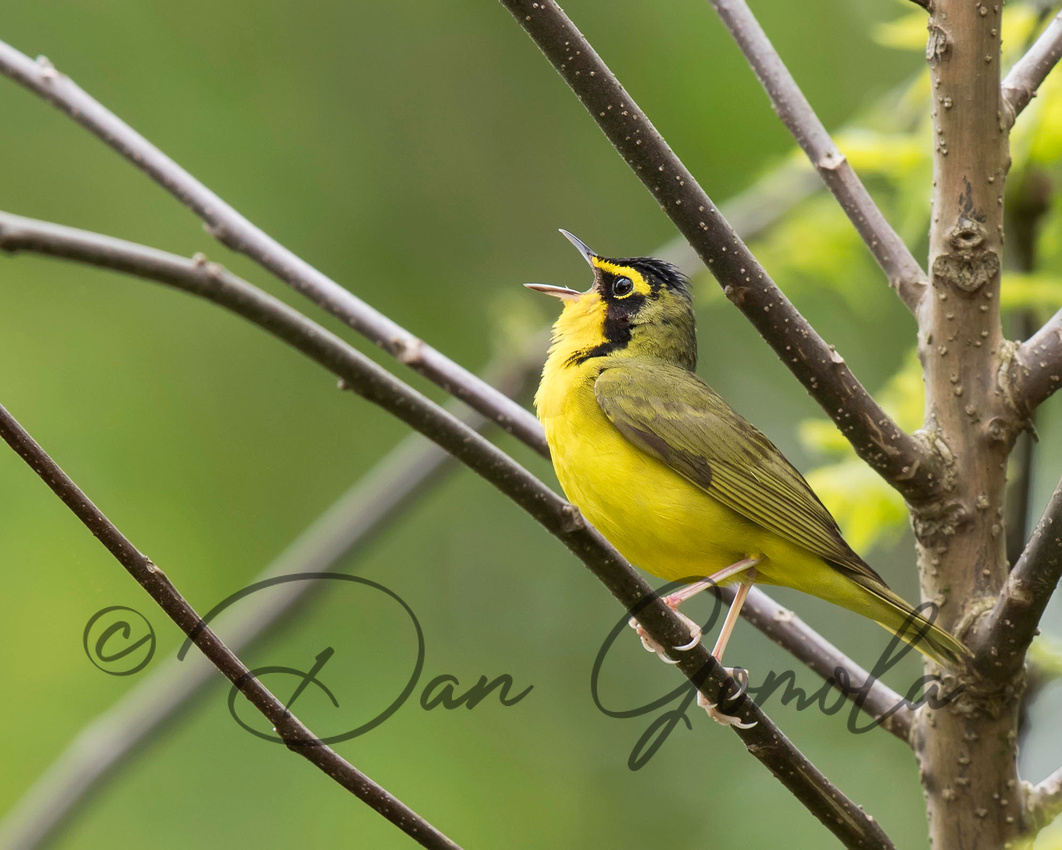 Their survival story isn't much different from other beautiful warblers on this planet.  This species is declining and one reason is the clearing of forests.  Loss of habitat is also happening on their wintering grounds.  As forests are broken up into smaller patches, they become vulnerable to cowbird parasitism.  Brown-headed Cowbirds do not raise their own young.  Instead, they lay their eggs in other species' nests allowing them to be raised by the other species.  There are several reasons parasitism hurts the survival of the other species of birds like the Kentucky Warbler.