Each year during April and May I don't get enough sleep, I don't do as much around the yard, and I do a lot of traveling.  Why? It's because spring is here and wildlife photo opportunities are abundant.

Most of my blogs have a theme or a story to tell but occasionally I just want to share some photos that shouldn't be missed.  I want to use this blog entry to share a variety of April and May wildlife photos.

This Eastern Gray Squirrel was peering at me from the safety of a tall walnut tree. 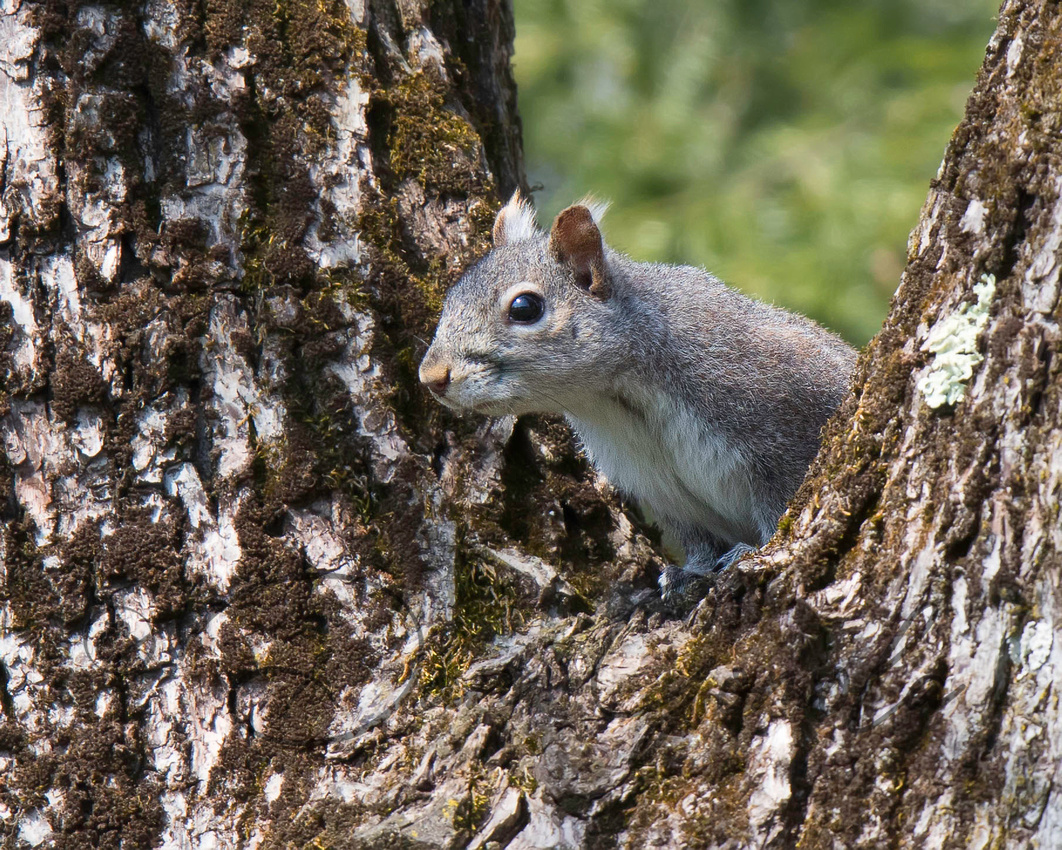 This was the first Eastern Towhee I saw this spring.  He was singing a lot. 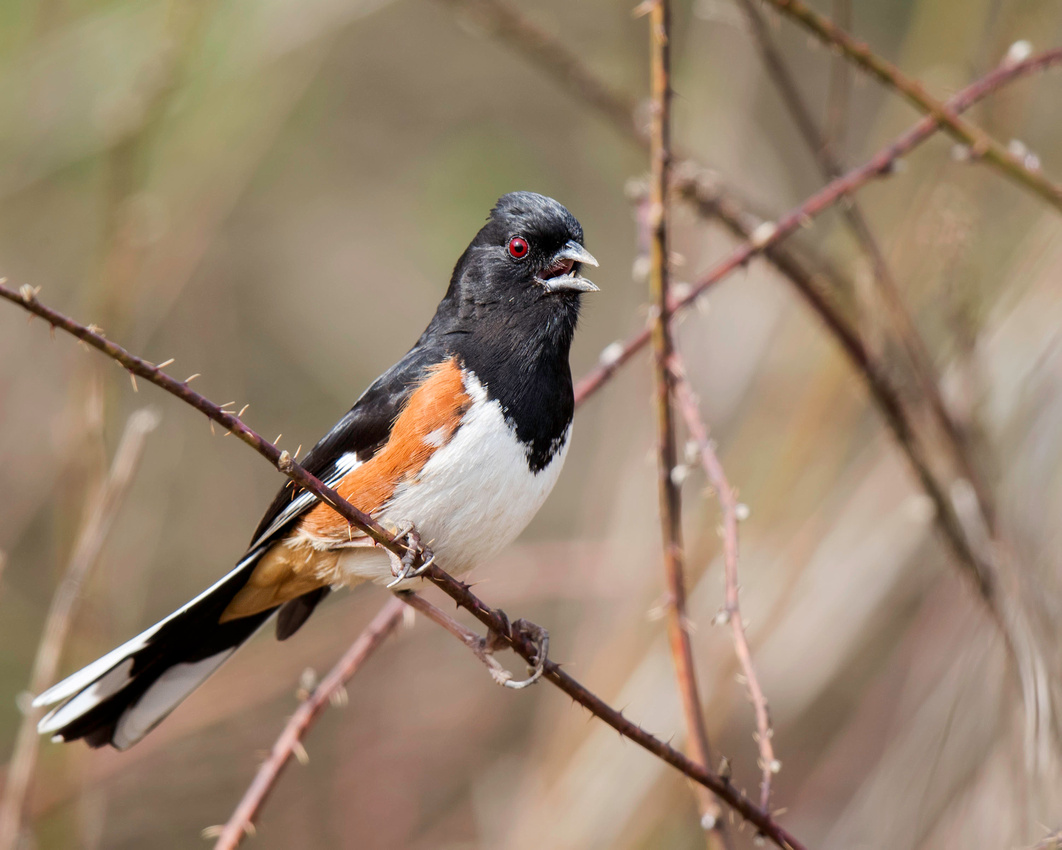 We do have Common Loon in our surrounding lakes during the spring migration. 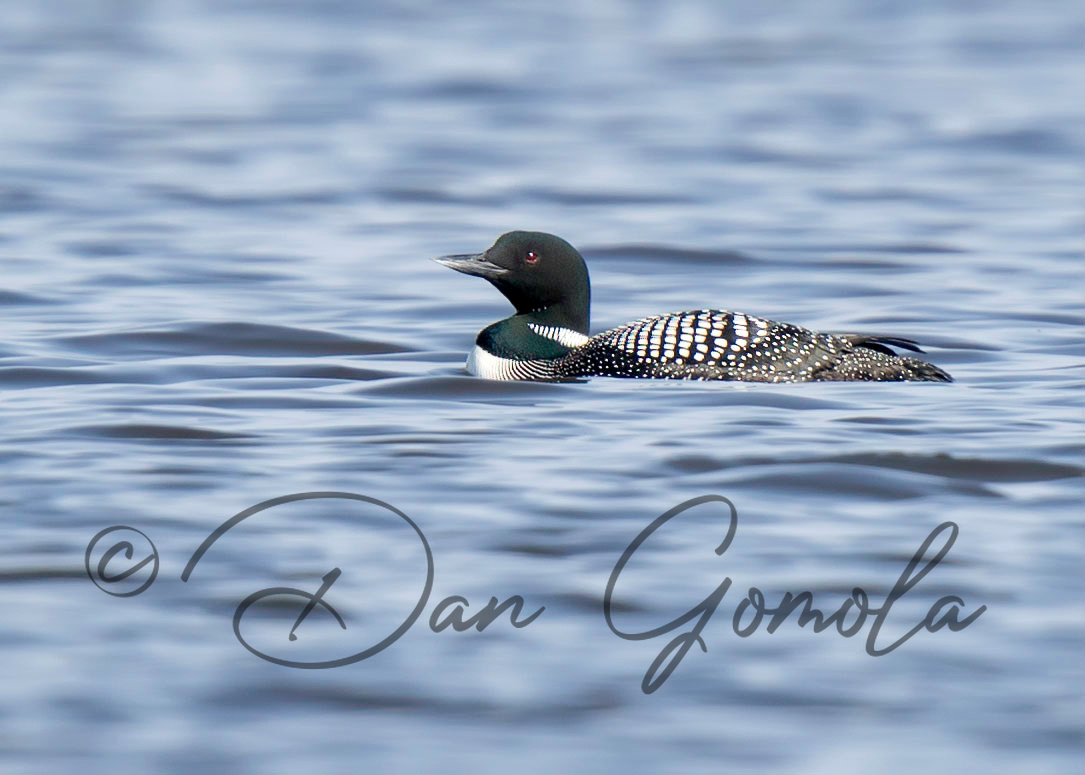 Common Loon are difficult to photograph without a blind.  If you get too close they dive underwater.  With the ability to stay under water over a minute in normal conditions, who knows how far away it will be when it surfaces. 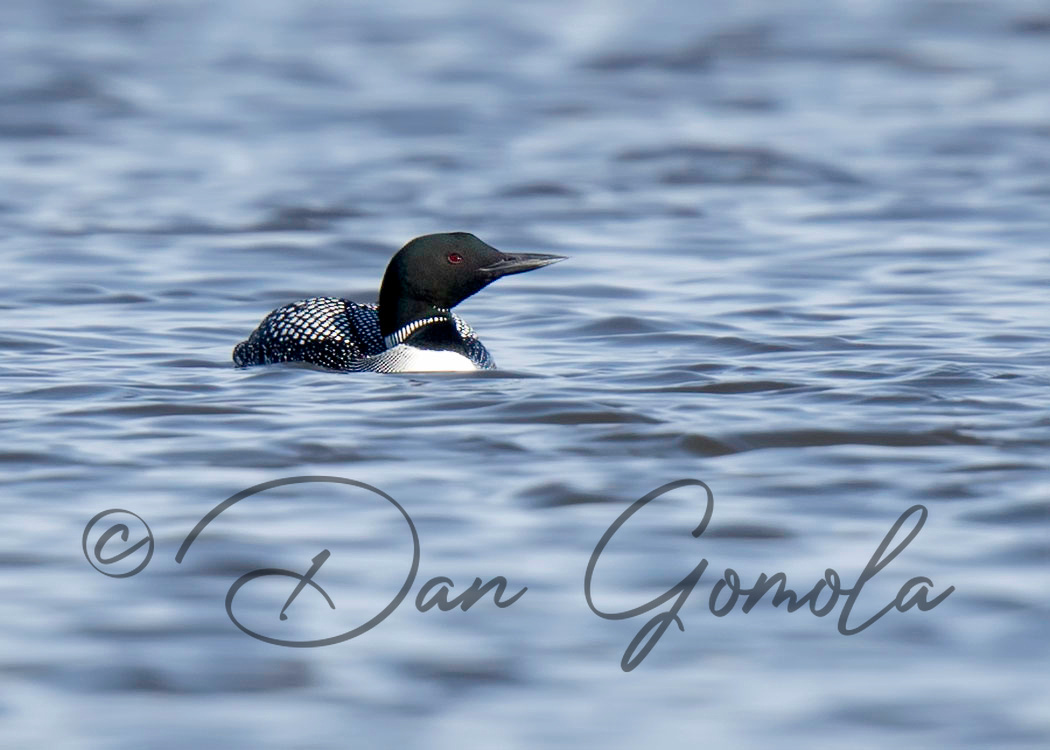 The Red-winged Blackbird is the harbinger of spring in western Pennsylvania.  Sounding off while displaying their "coat of arms" is a common springtime occurrence. 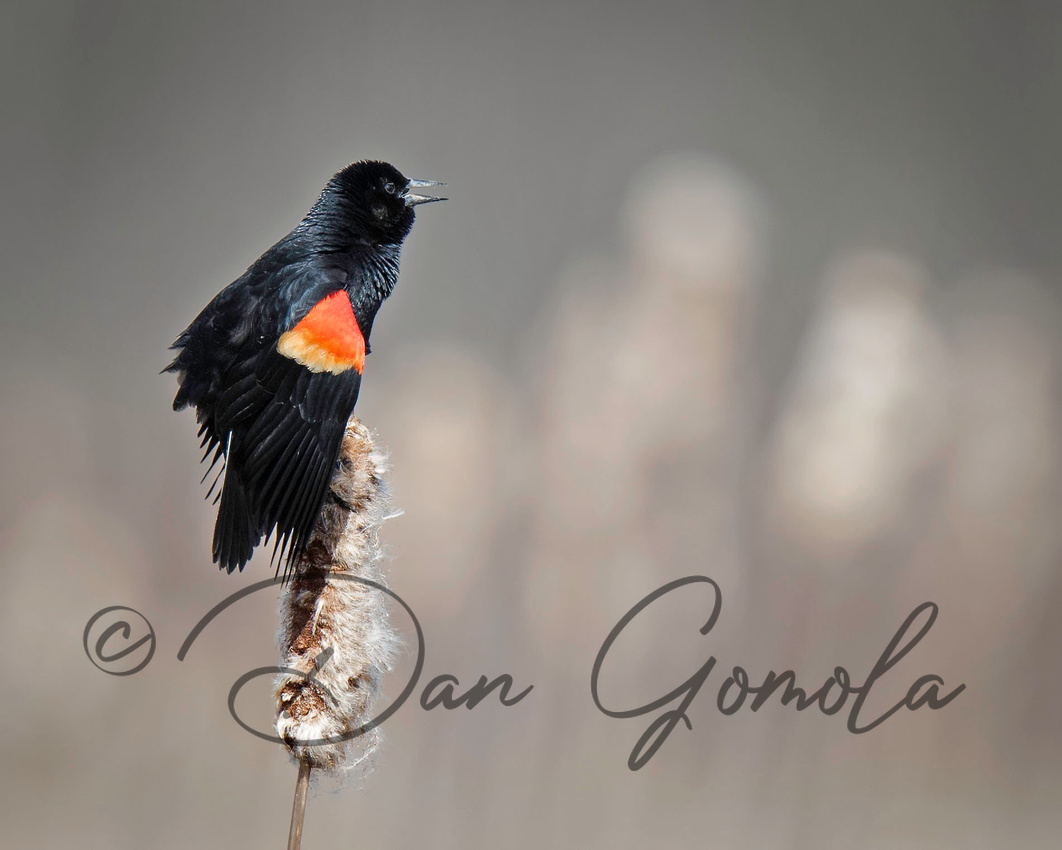 The Tree Swallow is commonly seen flying swiftly a couple feet above the water's surface searching for insects.  It's nice when they can be found sitting on a nice perch. 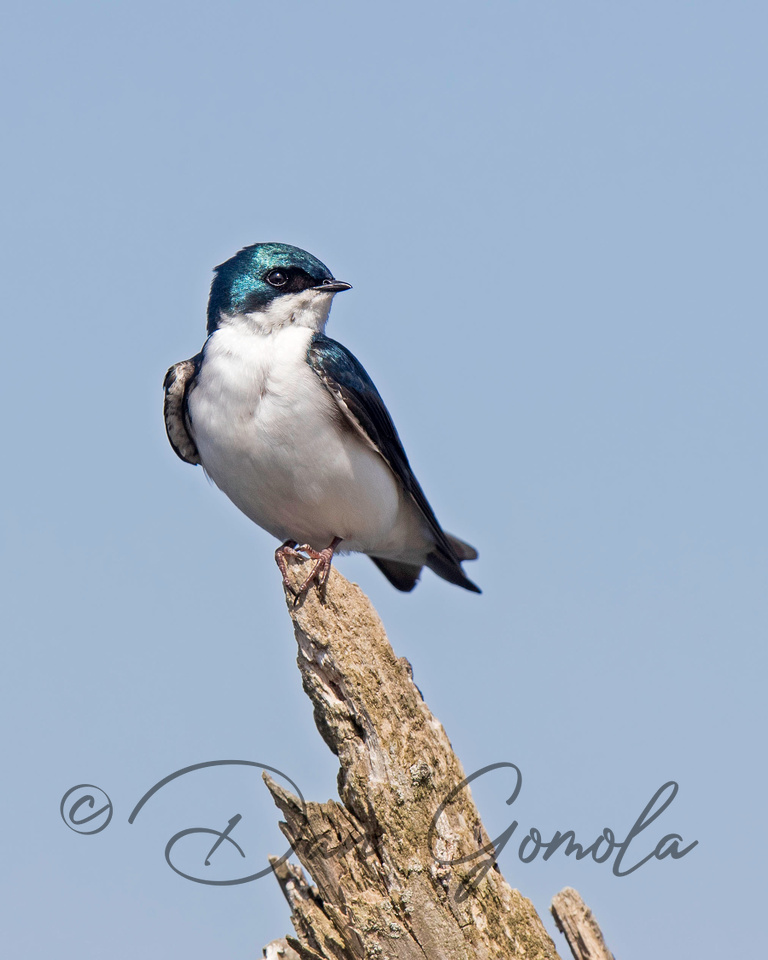 I love the colors of a Blue-winged Teal in flight. 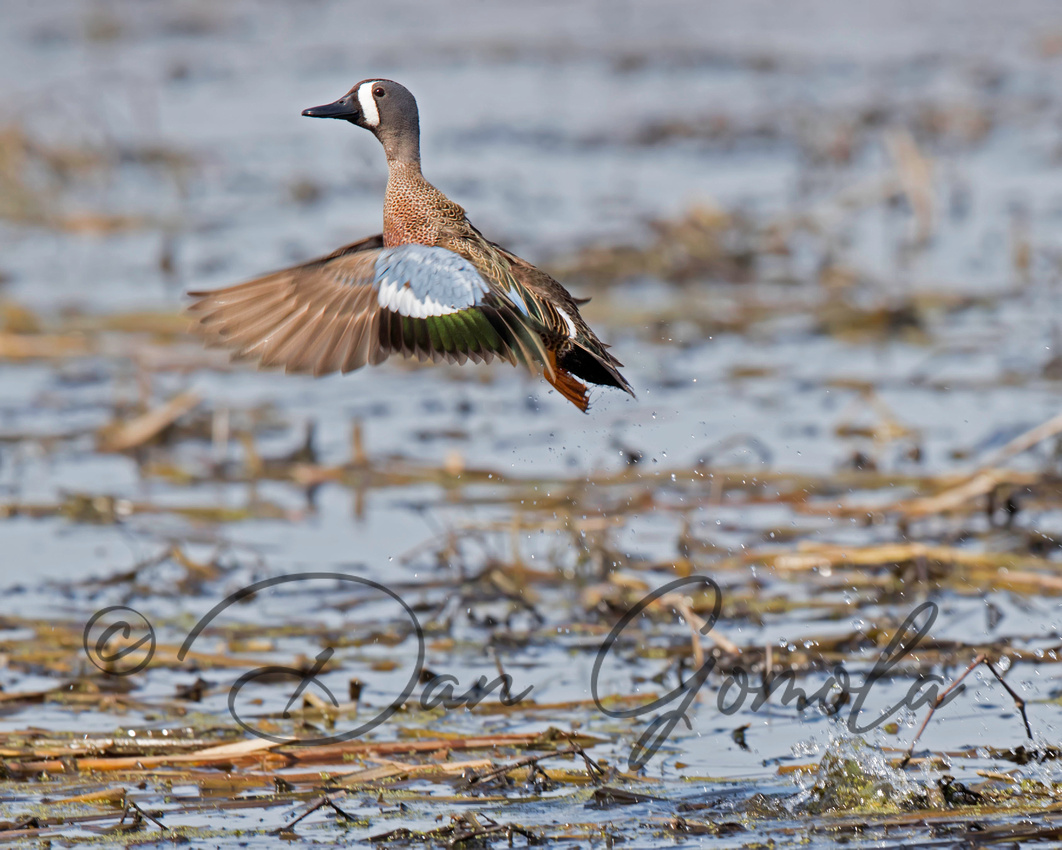 I had several male Blue-winged Teal swimming around me on this day. 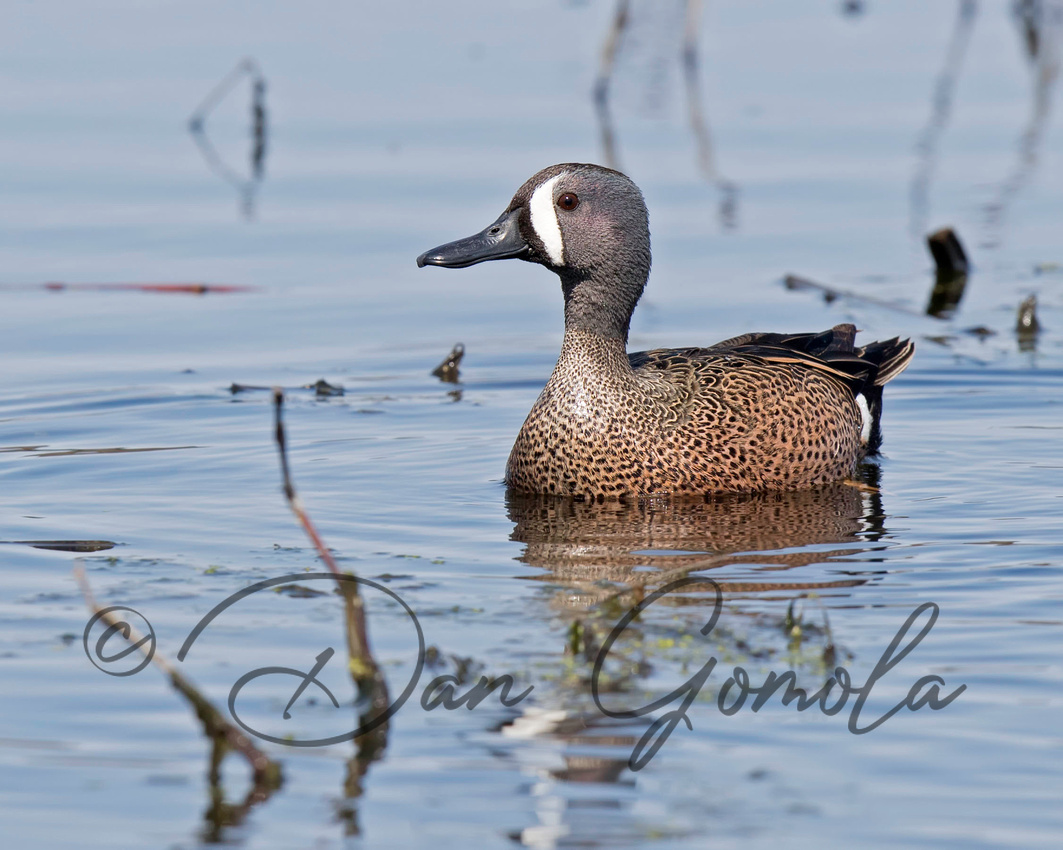 I had fun trying to capture them in flight. 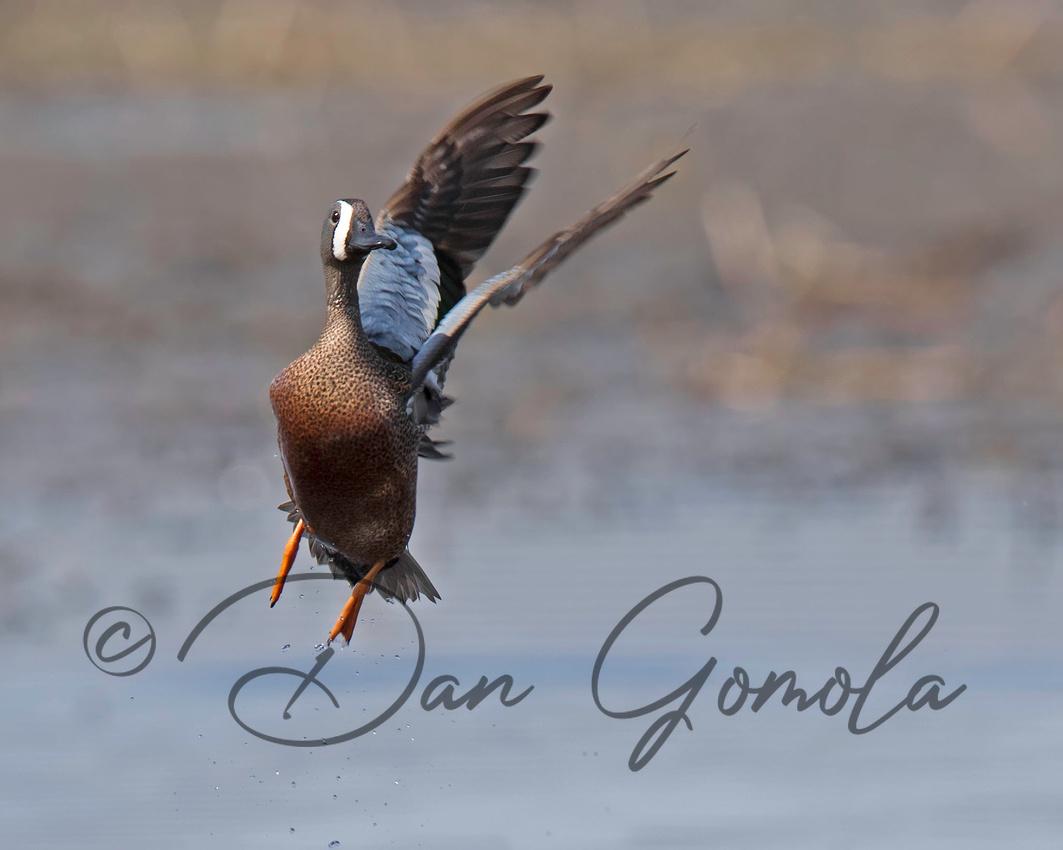 The Northern Shoveler has a long, spoon-shaped bill which has comblike projections along its edges to filter out food from the water. 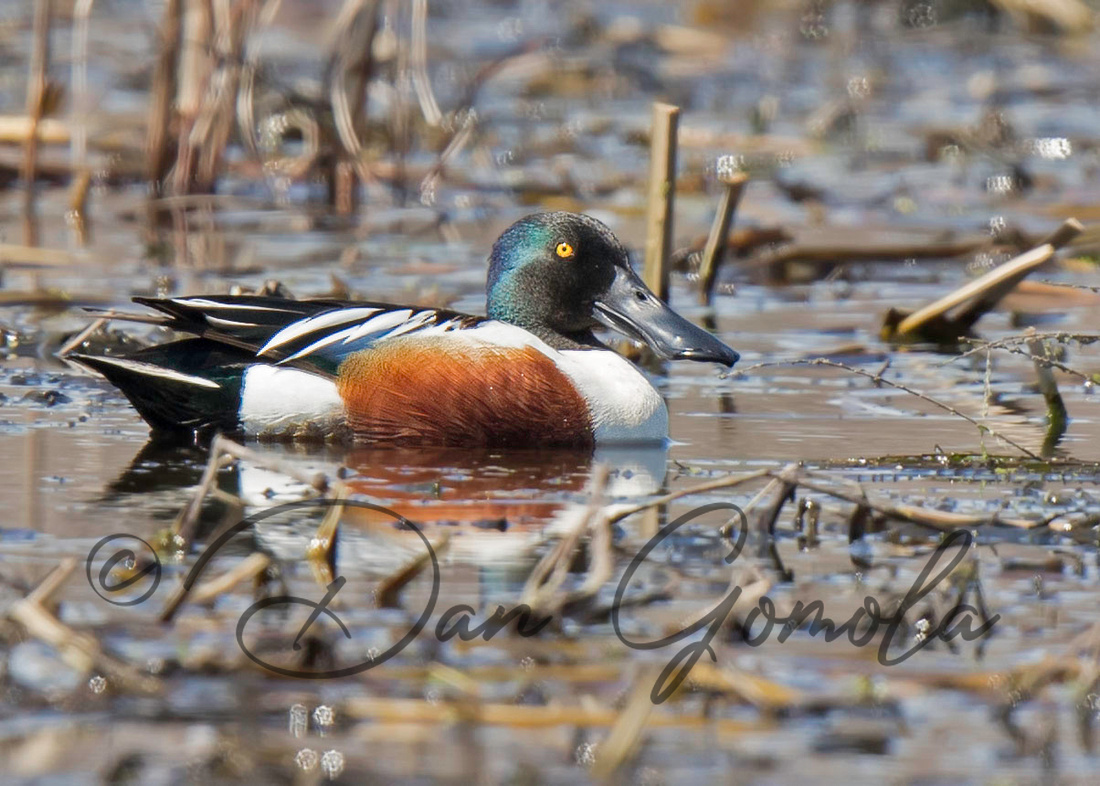 I have to admit that identifying sandpipers and sparrows is not my best skill.  This next photo is of a Pectoral Sandpiper.  It was the first time I ever photographed one so, in birder's terms, I got another "lifer". 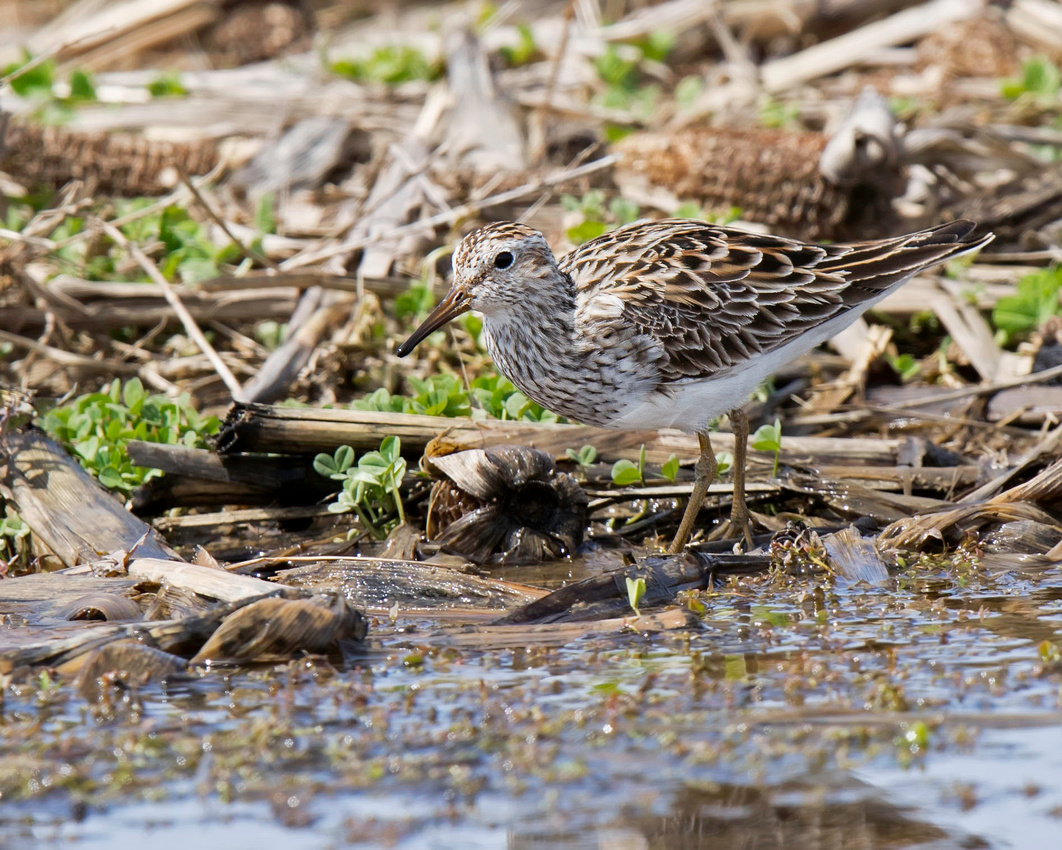 One identification mark of the Greater Yellowlegs is its long, upturned bill. 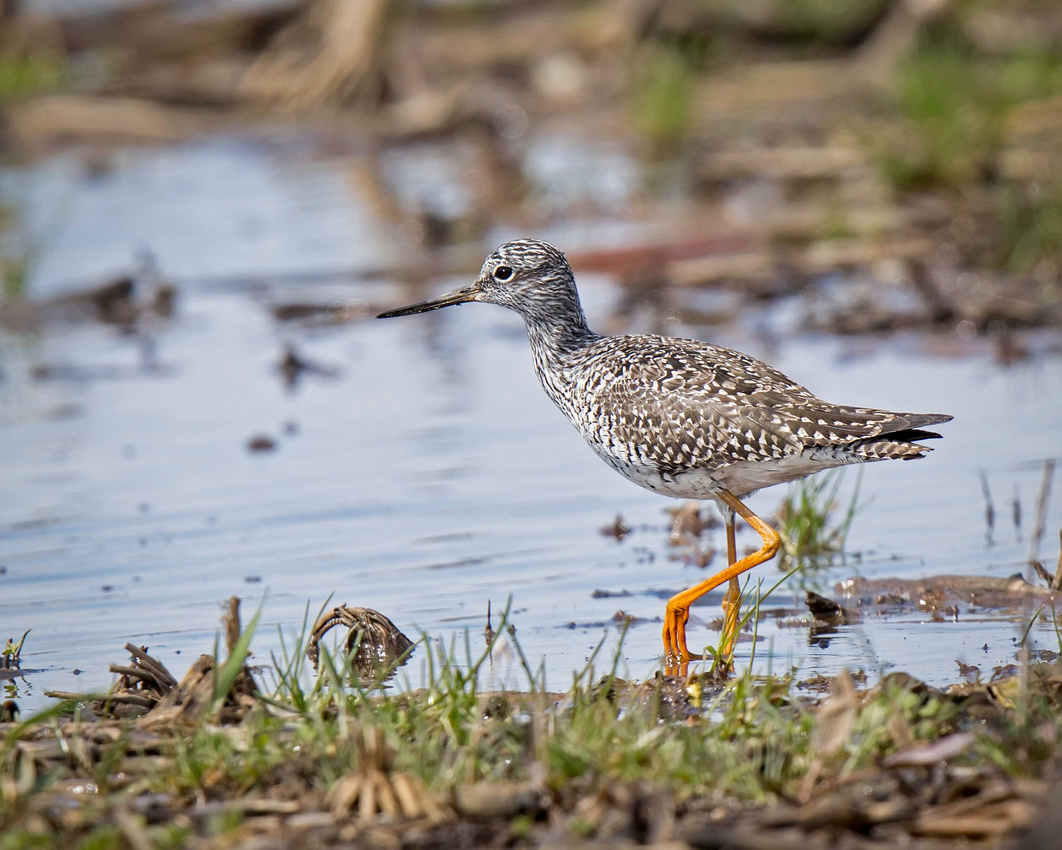 It hasn't been long since this guy dropped his antlers.  Before long, they will begin to grow again. 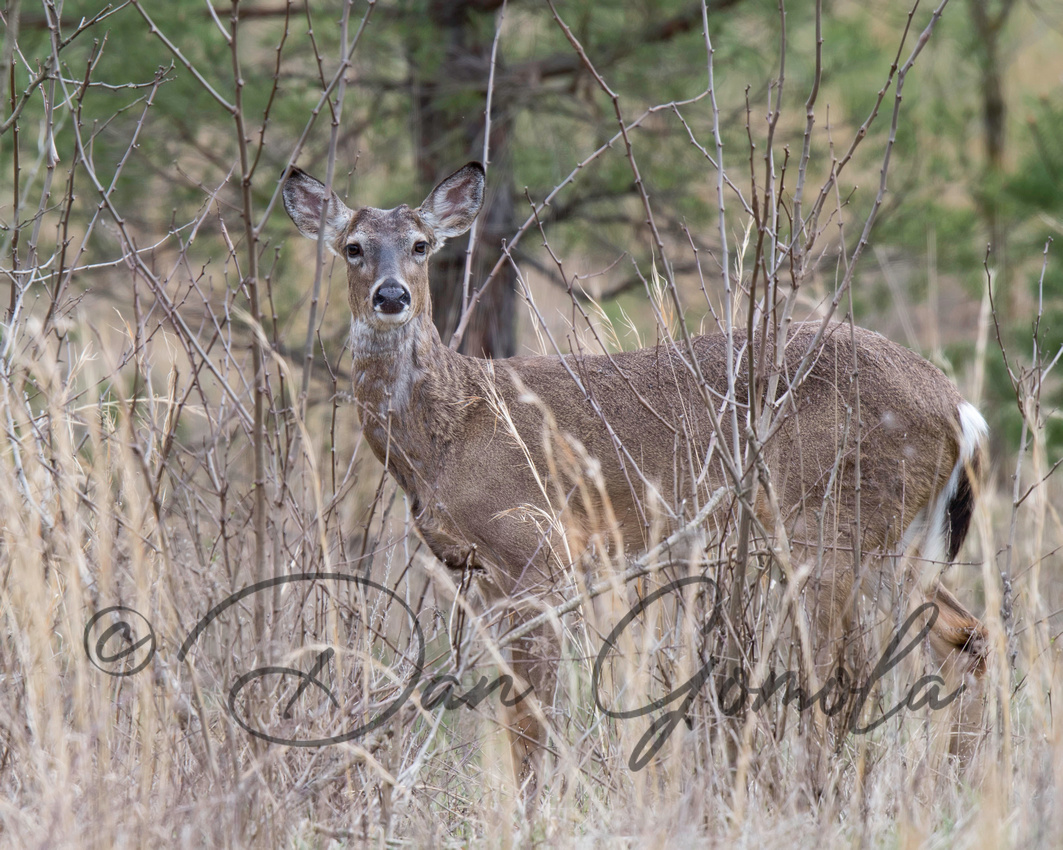 I photographed this female House Sparrow in my backyard Redbud tree.  It adopted one of my bluebird nesting boxes. 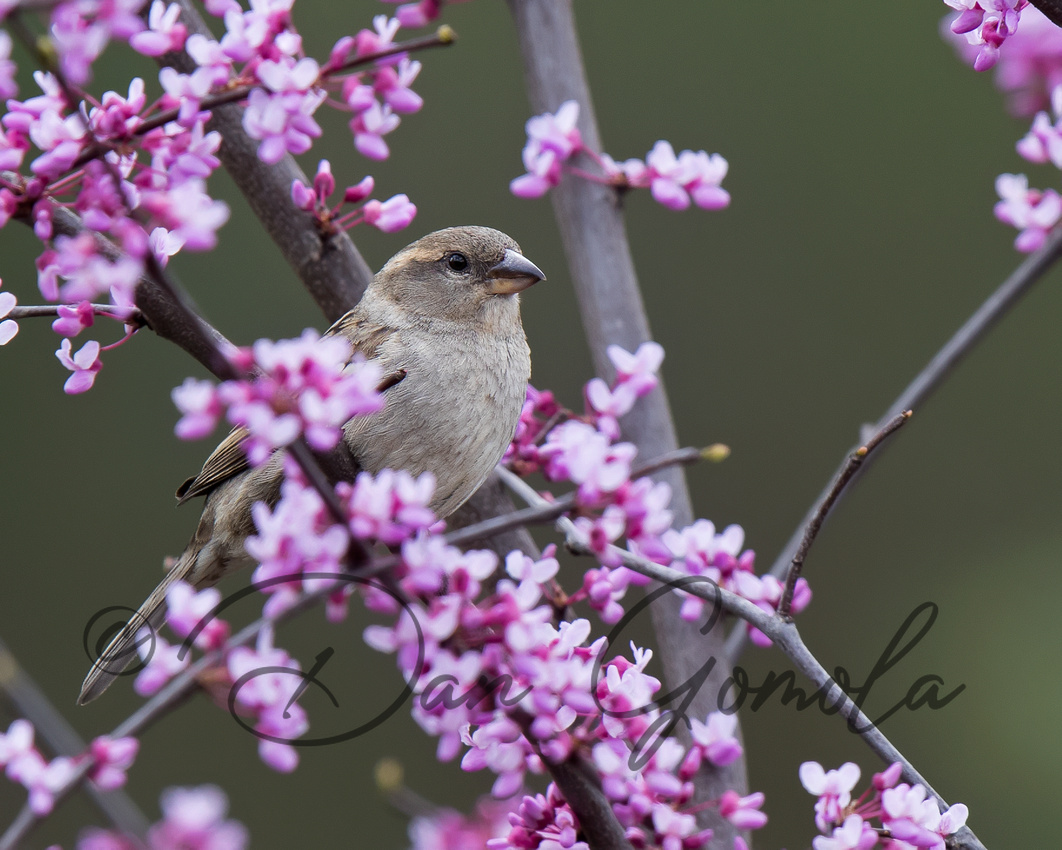 Blue Jay in a Redbud tree.  I love the contrast of colors. 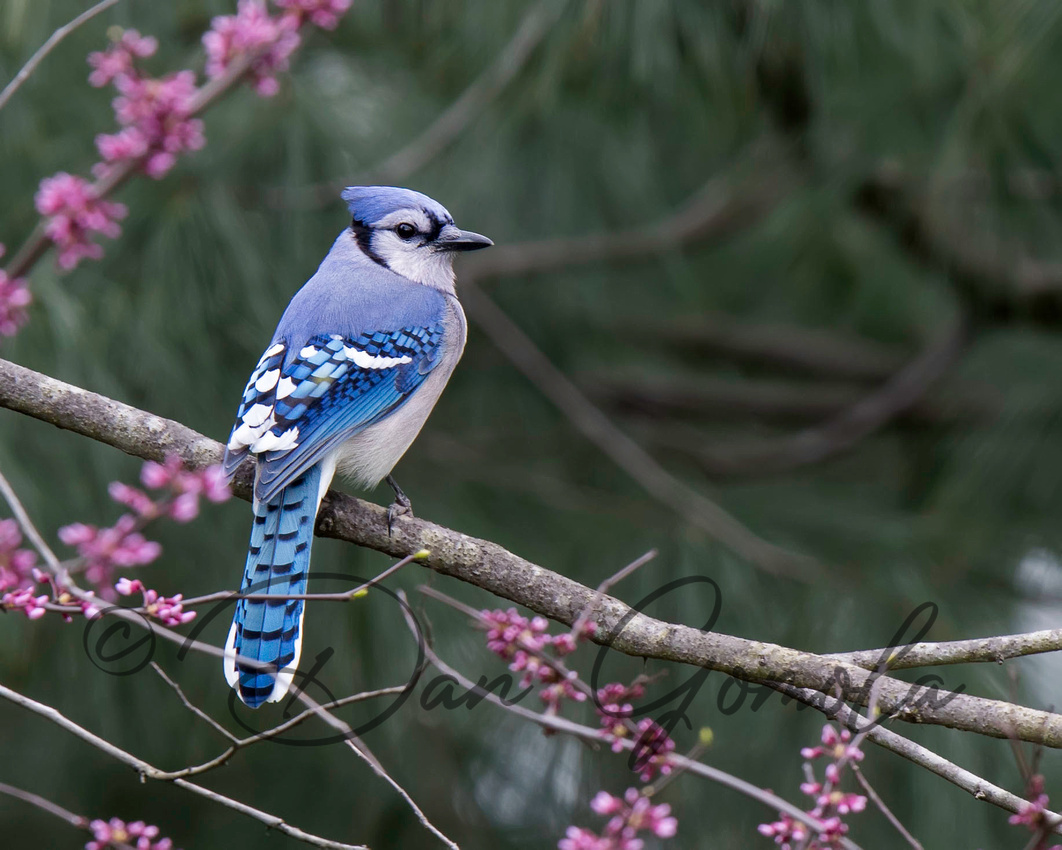 I know of a Red Fox den but during the infrequent times I could get there, I was only treated with a visit by the vixen. 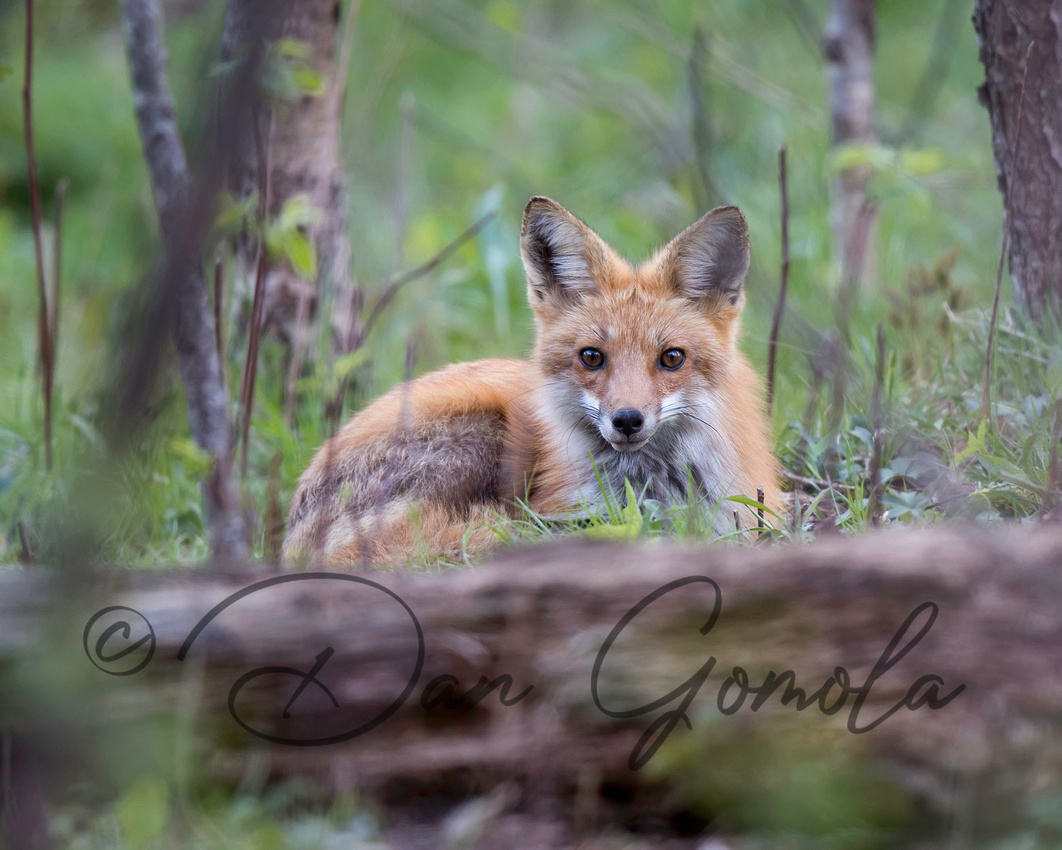 She laid in her spot for about 20 minutes before getting up and probably wondering why I'm still here. 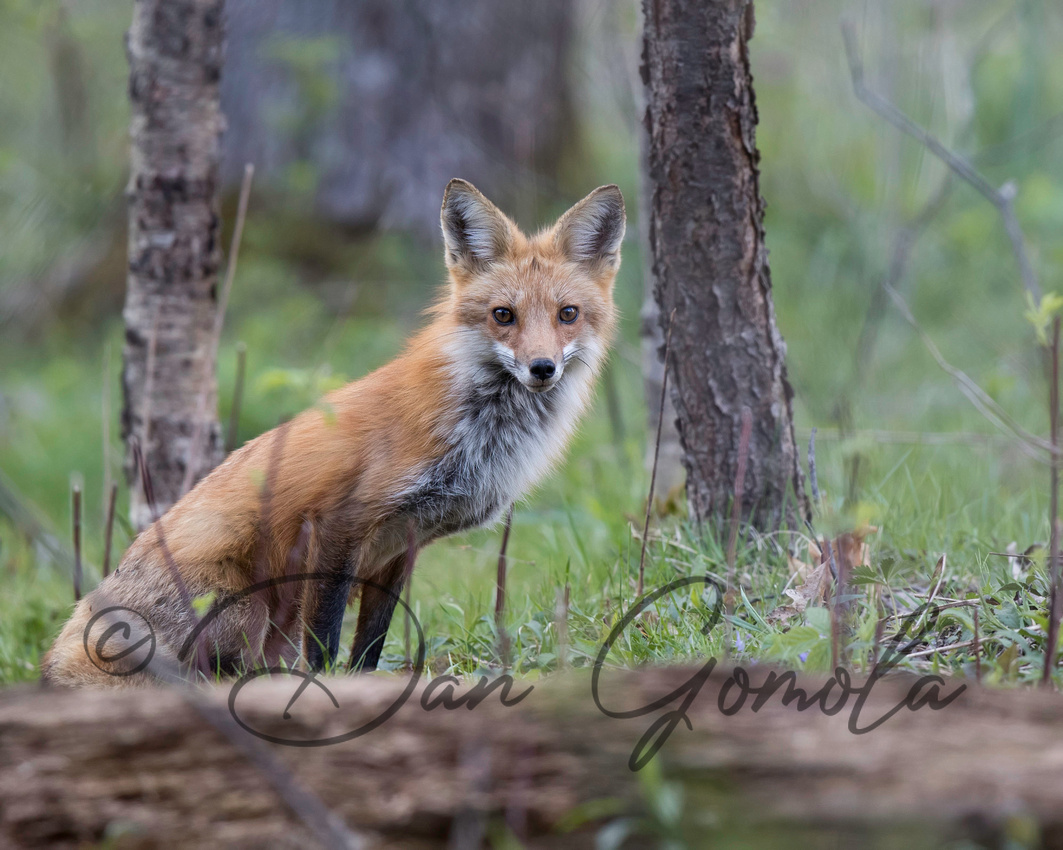 After moving further back into the dense brush, she sat, gazing into the distance. 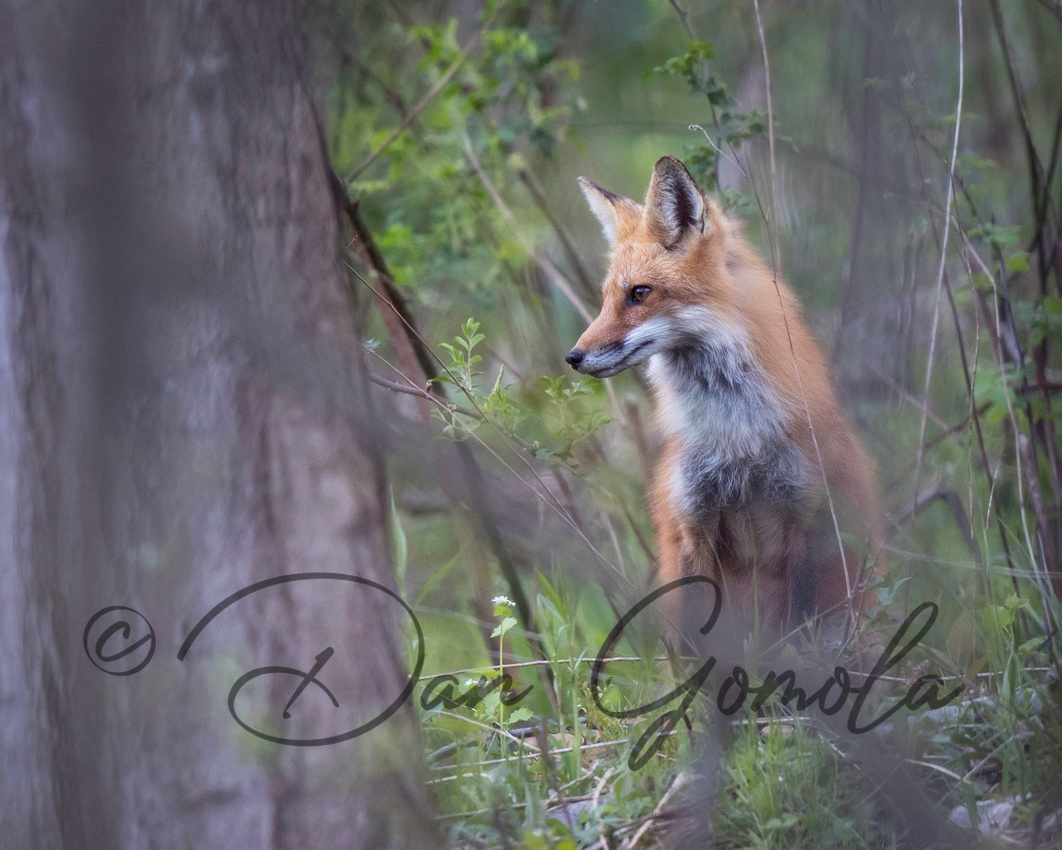 The Blue-gray Gnatcatcher is a beautiful springtime songbird returning to nest in Pennsylvania. 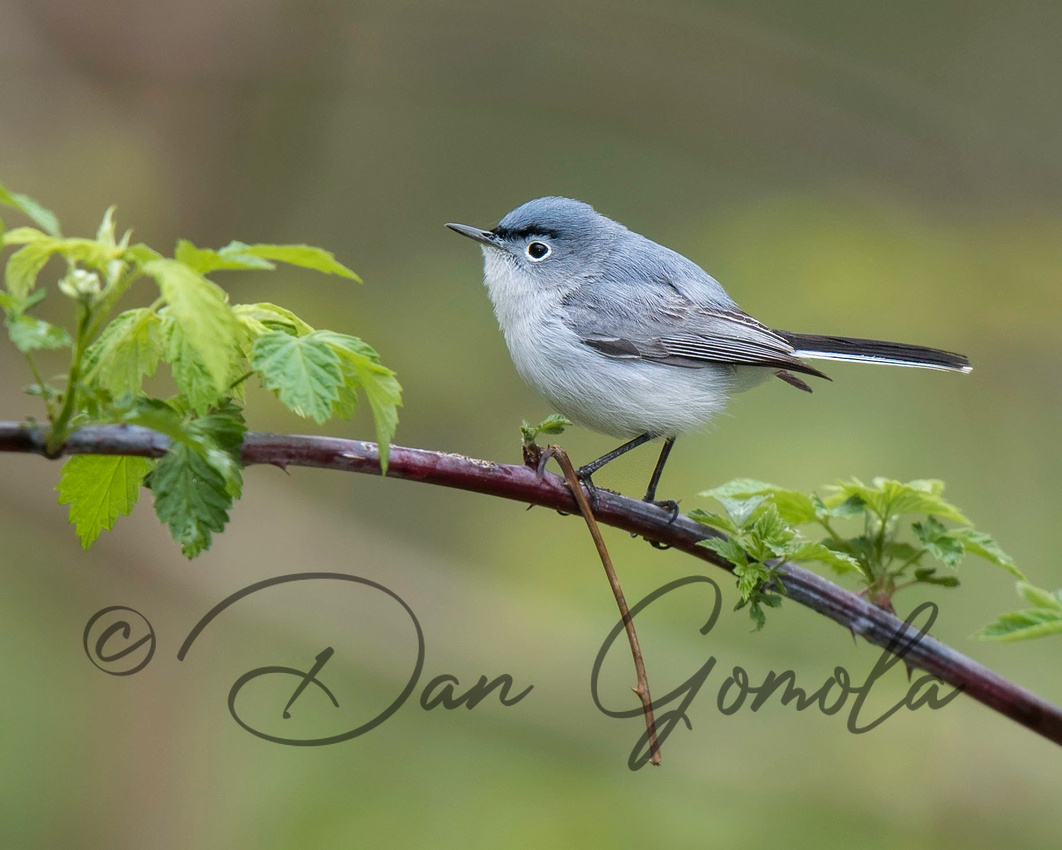 Carolina Wren, one of the first birds I hear chirping before the sun comes up. 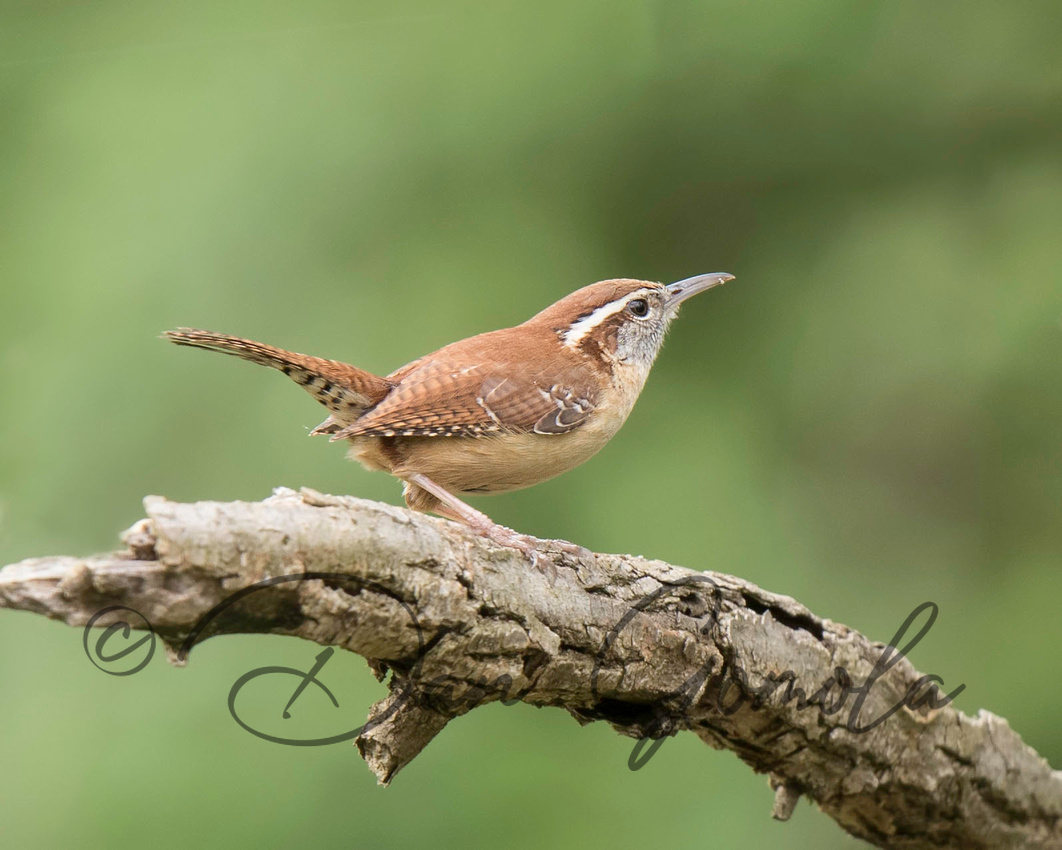 I love the sweet song of an Eastern Meadowlark.  This was a special treat finding several in a field of Dandelion. 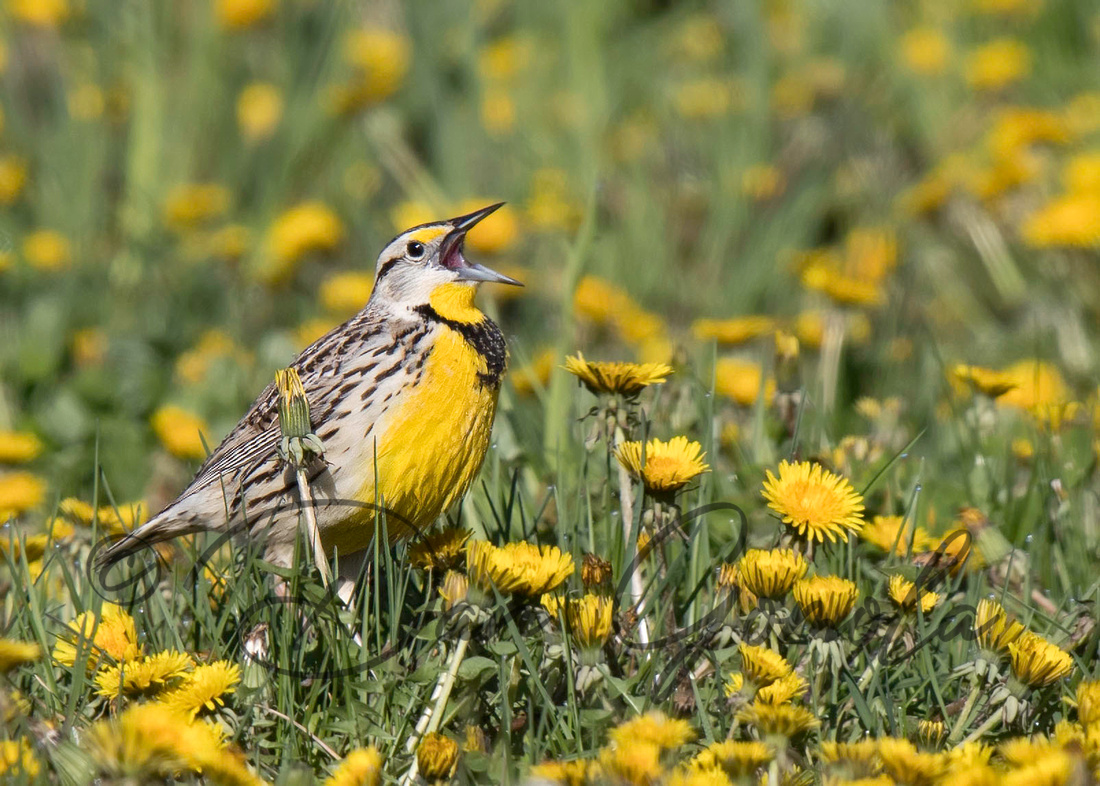 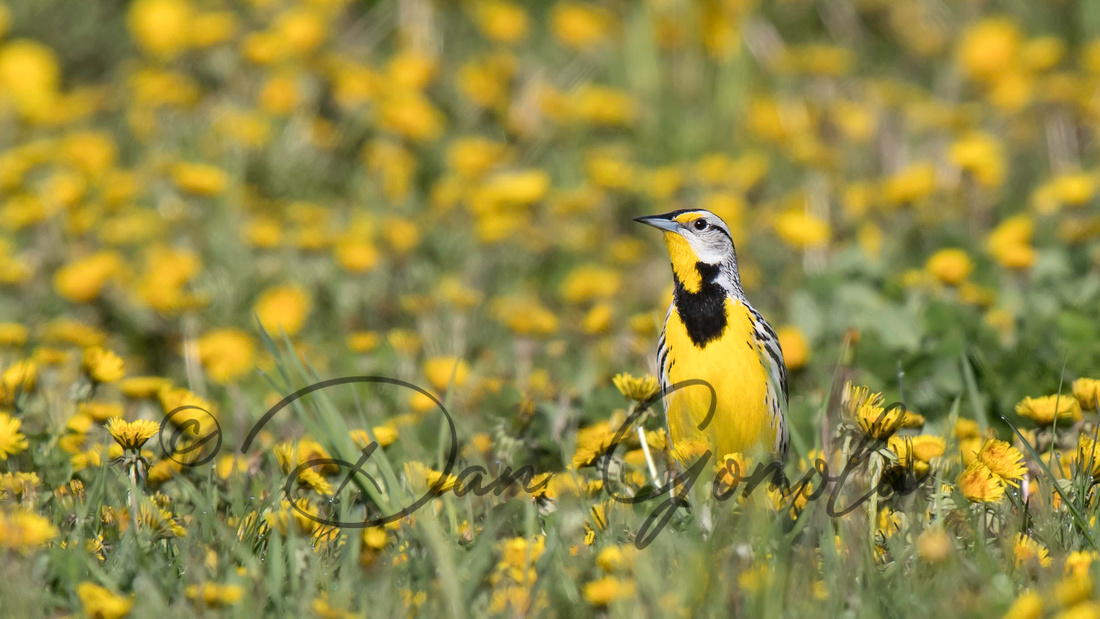 They are tough to capture in flight. 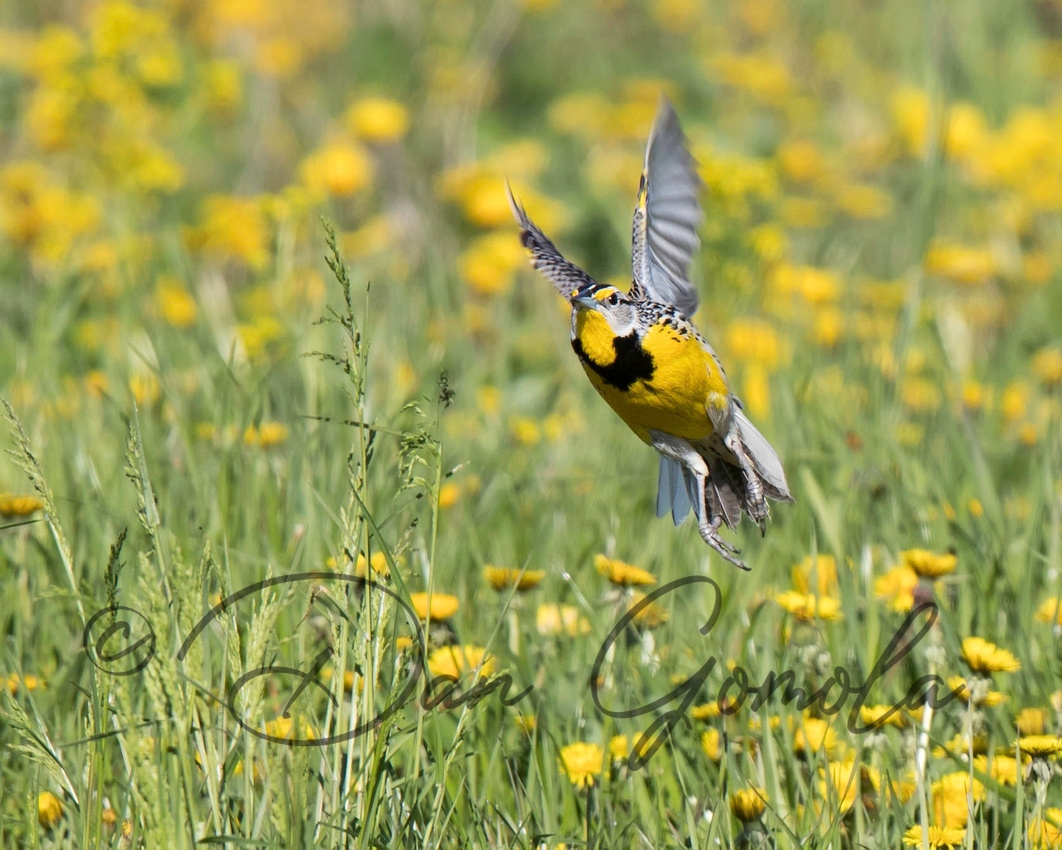 The Northern Mockingbird is one of the best mimics in Pennsylvania. 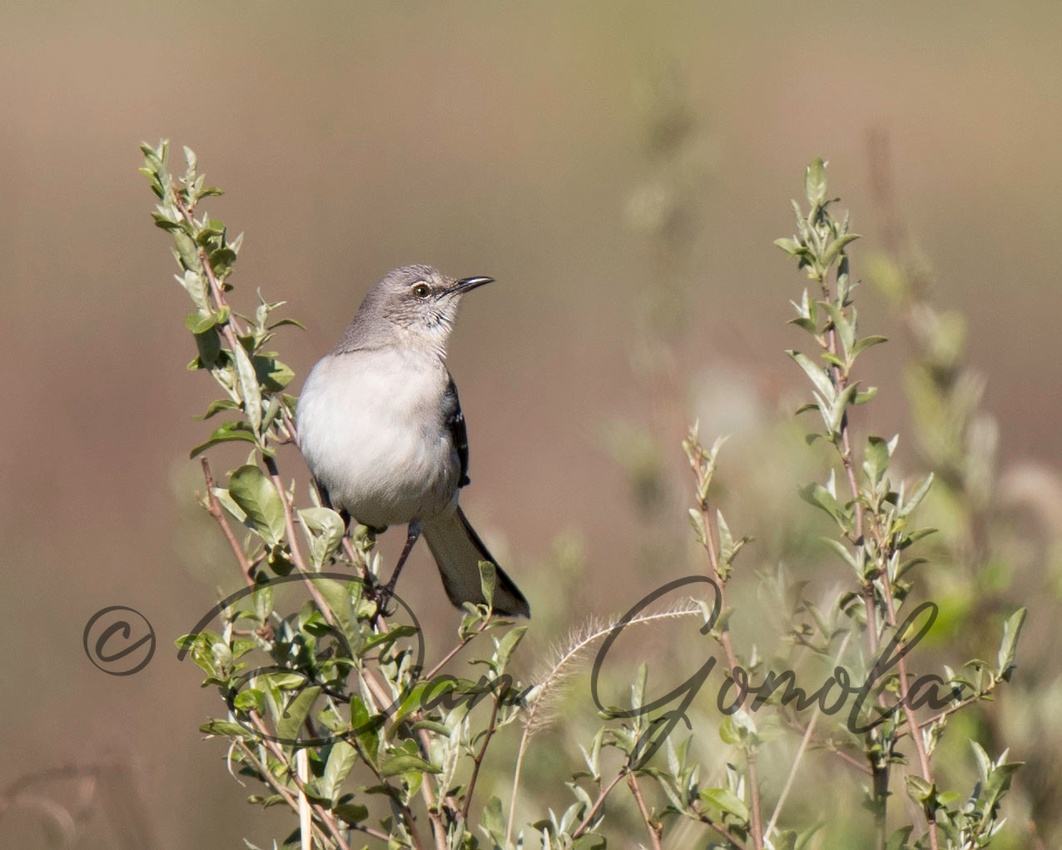 This female Northern Flicker came by for a visit.  A male looks similar but he has a black Mustache under the eyes. 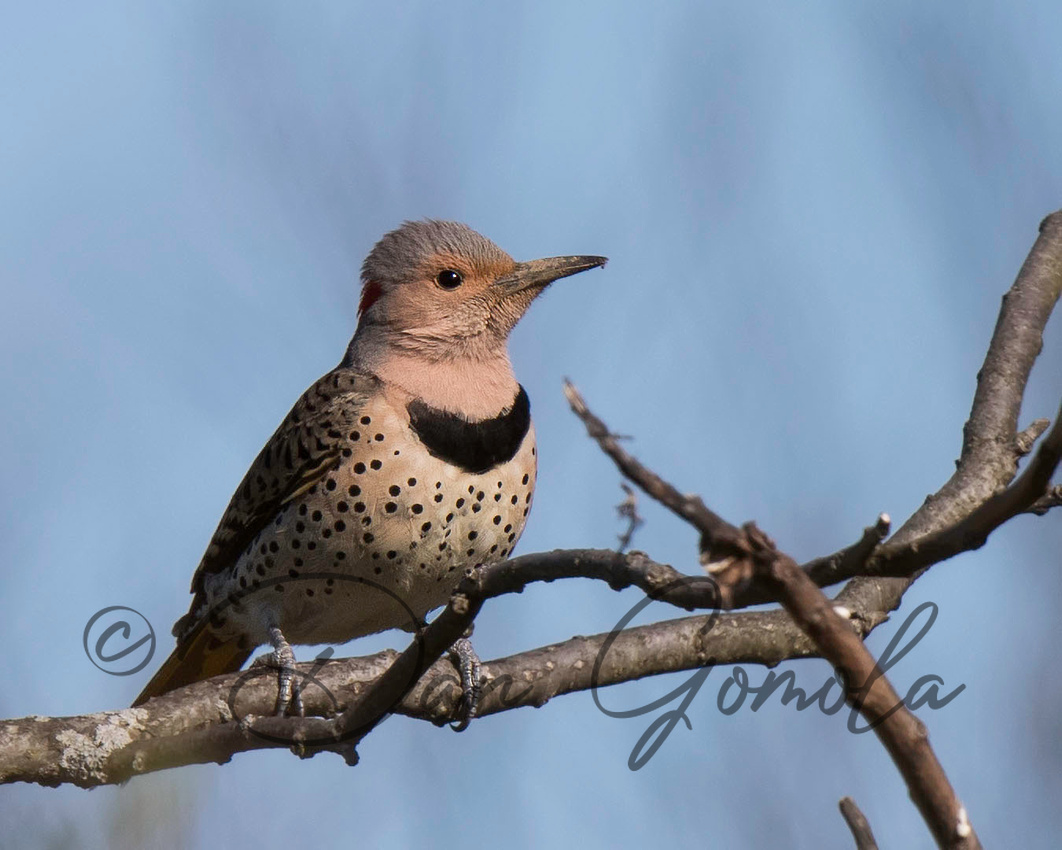 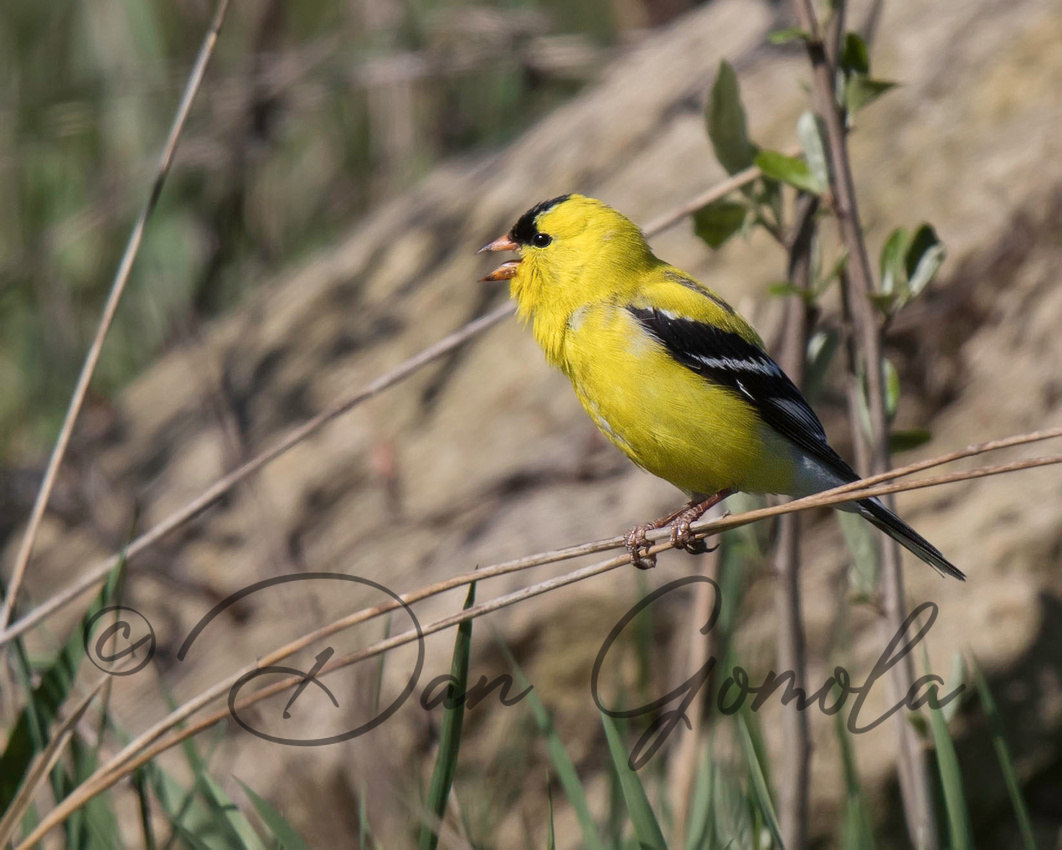