Wrapping Up Winter With Feathers and Fur

Spring is in the air!  Although the calendar says it's spring, we can't always count on springlike weather.  One thing we can count on is waterfowl migration and preparation for wildlife babies.

On my pursuit of specific wildlife subjects I always manage to find other species of wildlife to photograph and share.  That's what this photo blog entry is all about.  I hope you enjoy the wildlife. 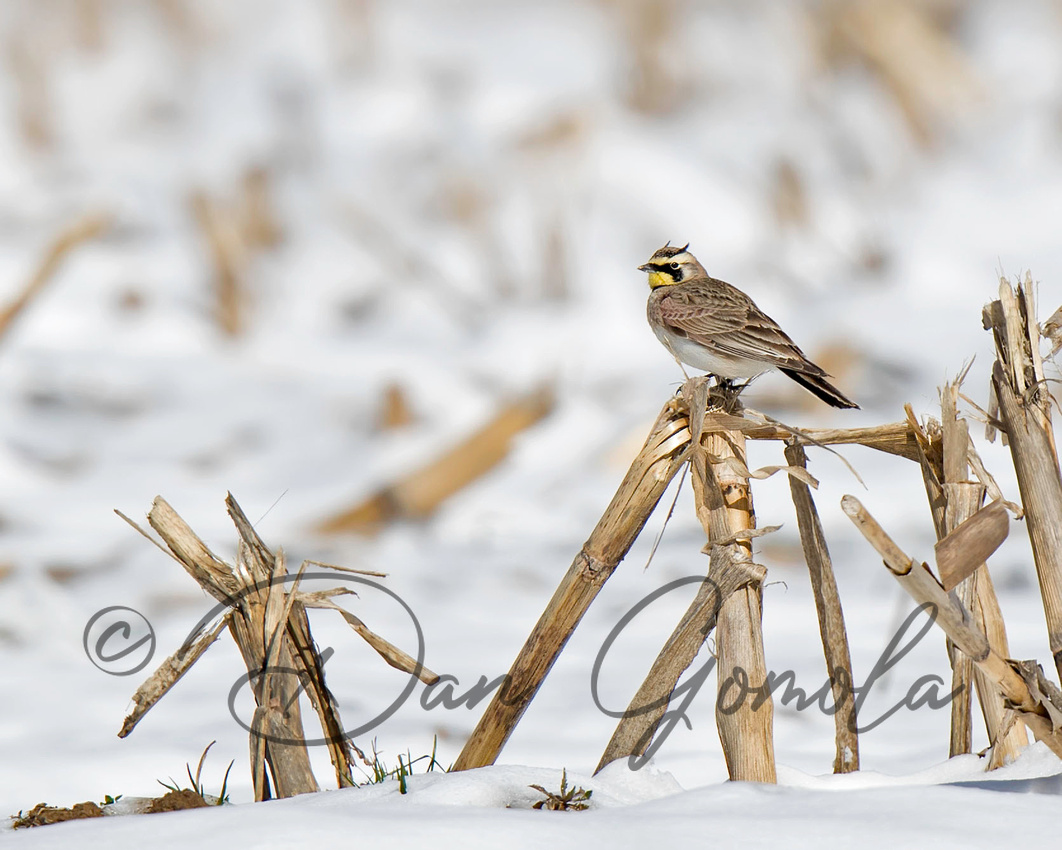 In late February, Elena and I were visiting Presque Isle State Park in Erie, PA when we happened to see this Common Merganser drake sitting on a log in the middle of a channel of water connecting ponds. 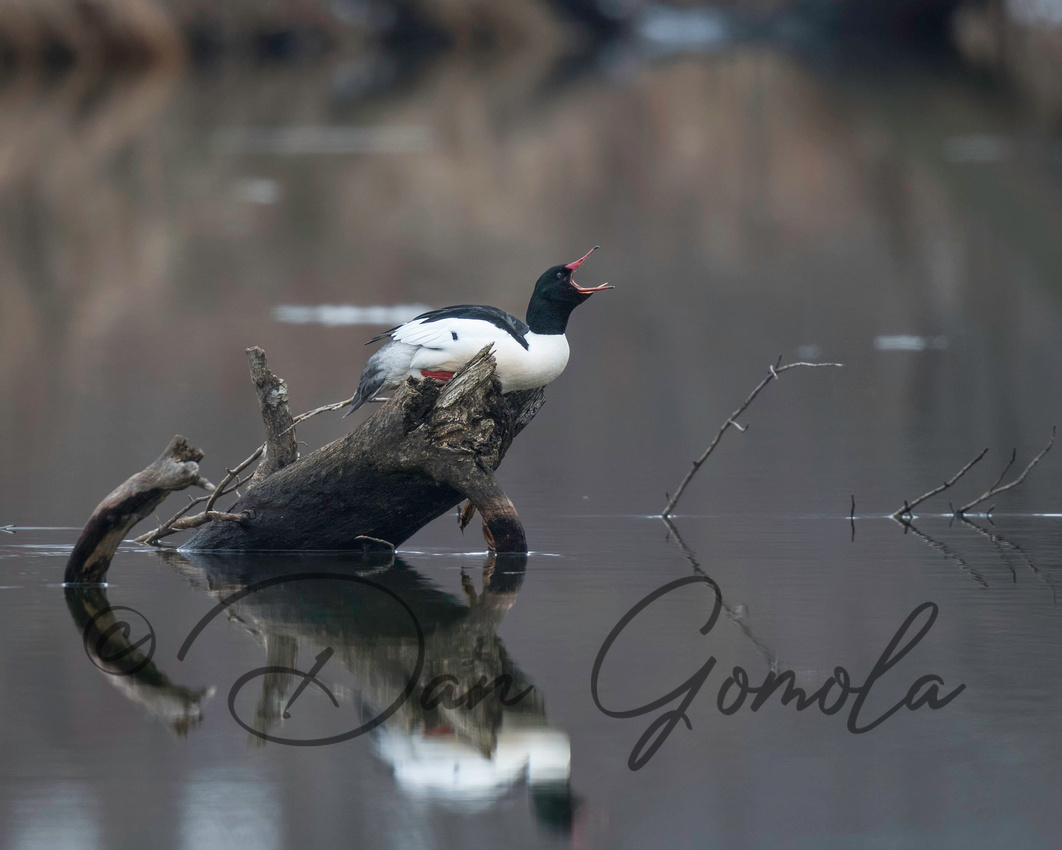 Soon this Dark-eyed Junco will be heading back to its summer home of the western mountains or Canada.  See you next winter little one! 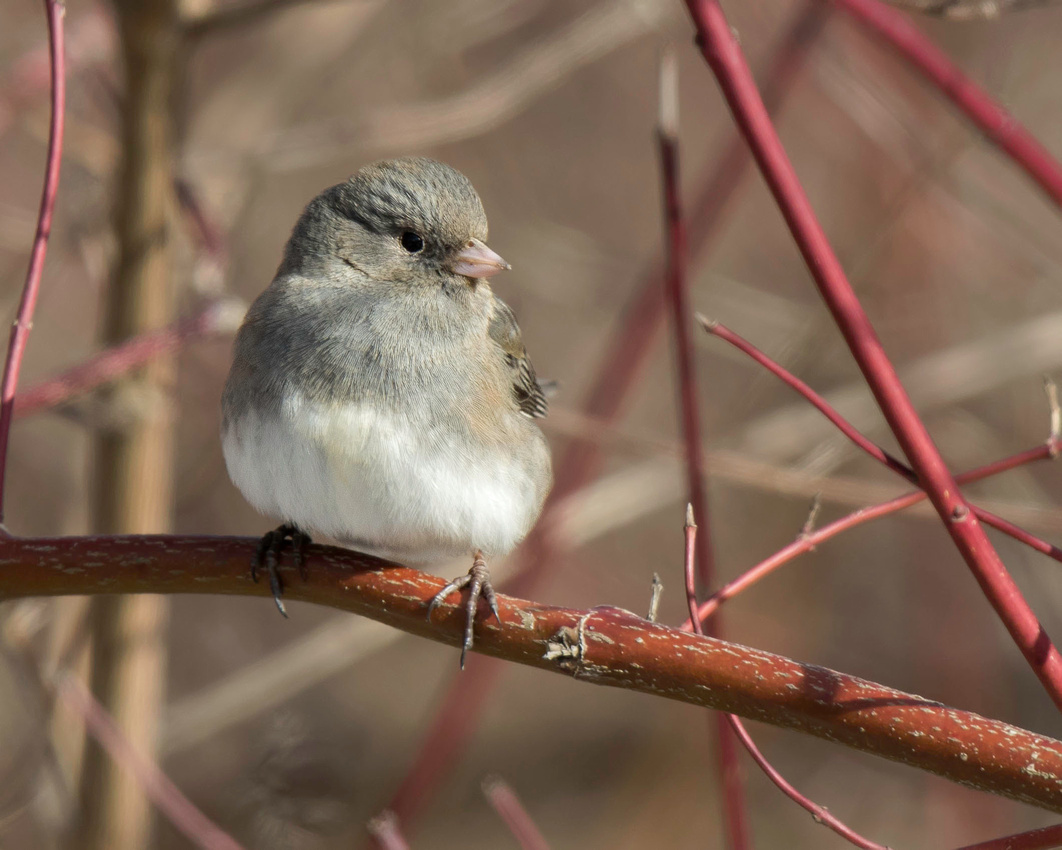 It's always a treat to see an albino White-tailed Deer.  Albinism is a congenital condition defined by the absence of pigment, resulting in an all-white appearance and pink eyes. Animals with albinism tend not to survive long. They have poor eyesight and are easily seen, making them easy prey. 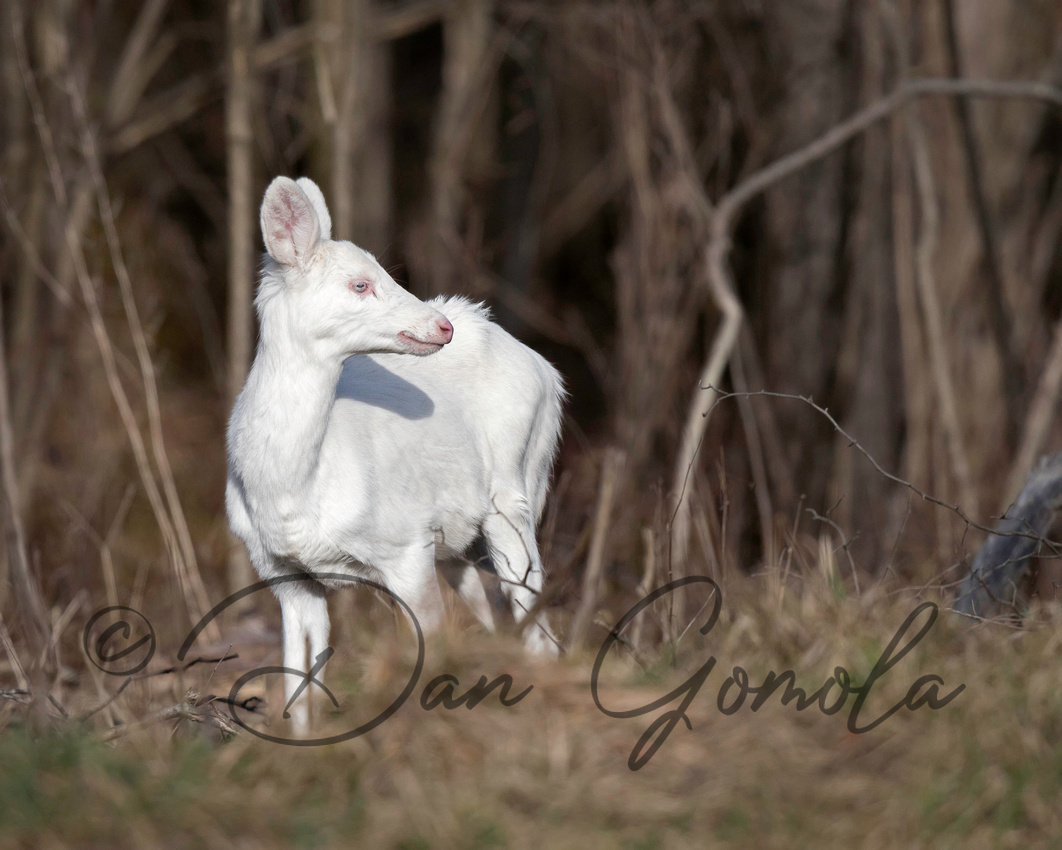 One of the treats of visiting Presque Isle State Park from February through May is the presence of a Great Horned Owl nest no more than 15 feet above the ground.  During our February visit, the hen was still sitting in the nest presumably incubating an egg or more.

Horned Larks seem to love fields right after the farmer spreads manure in the spring but they also find last years corn cobs a treat too. 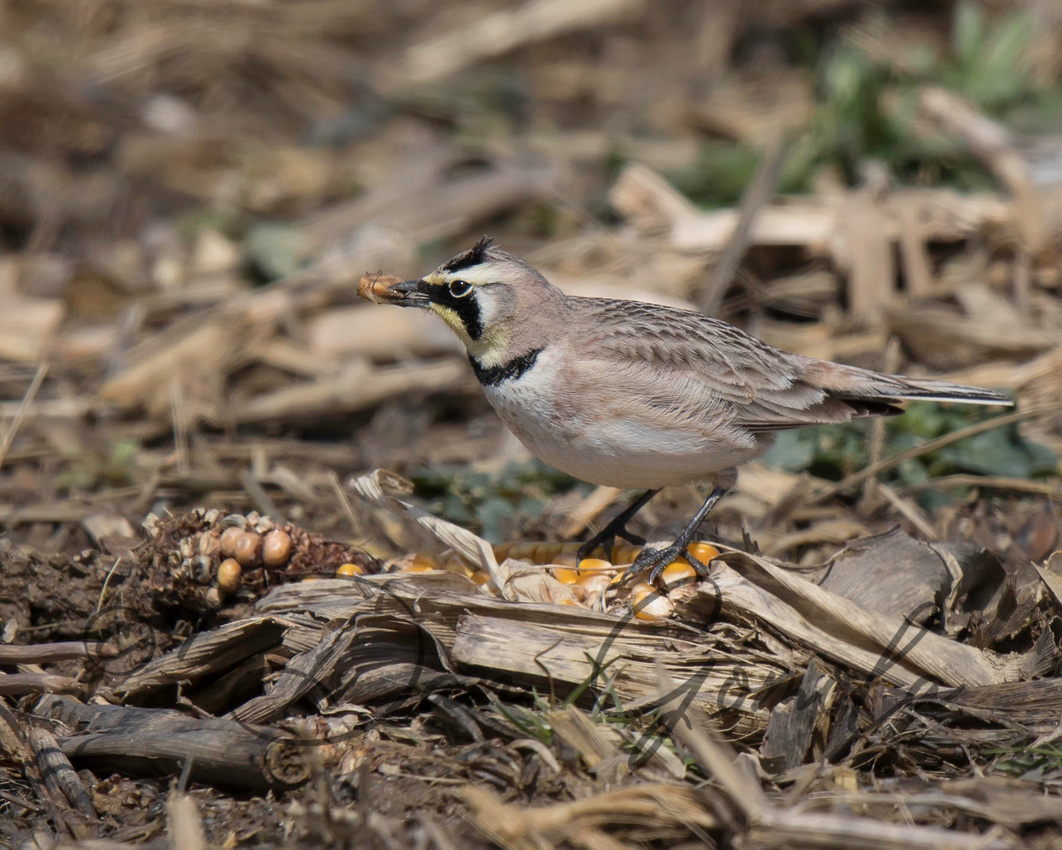 You know spring is near when the birds, like this Horned Lark, begin to sing. 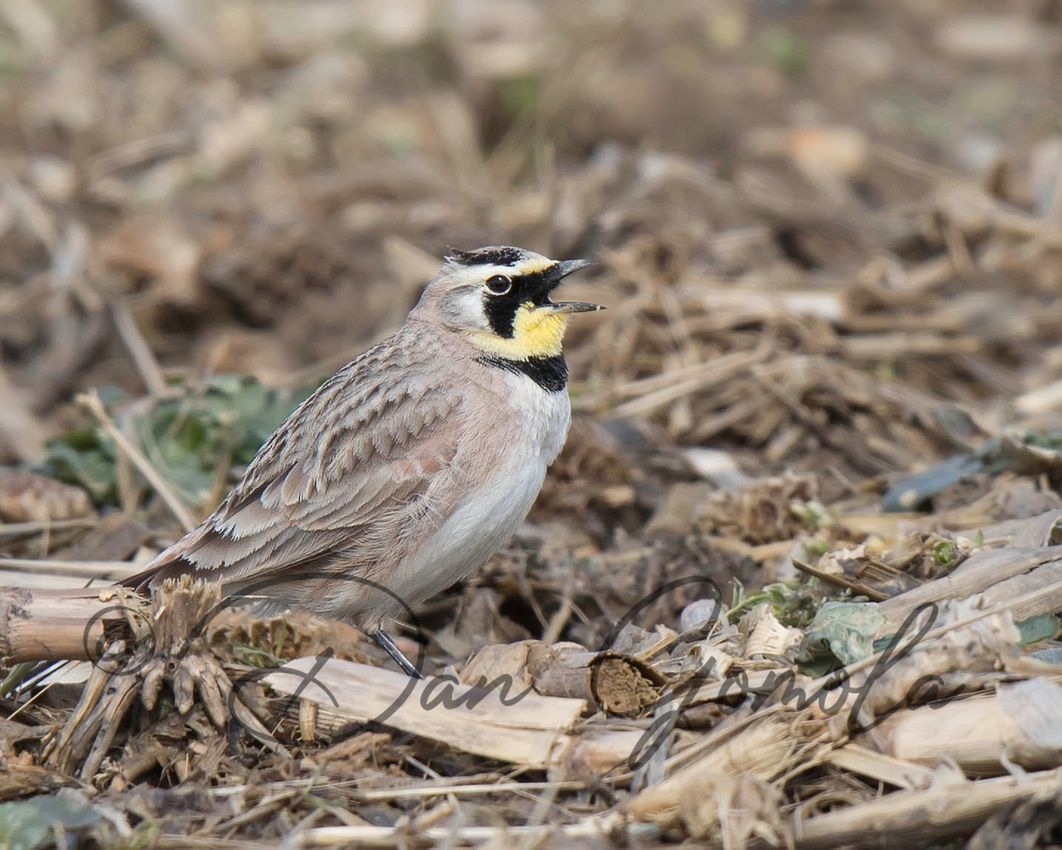 We had a long warm spell in February causing some birds to migrate north a little earlier than normal.  This Killdeer probably didn't appreciate the short March deep freeze that gave us a blanket of snow across western Pennsylvania. 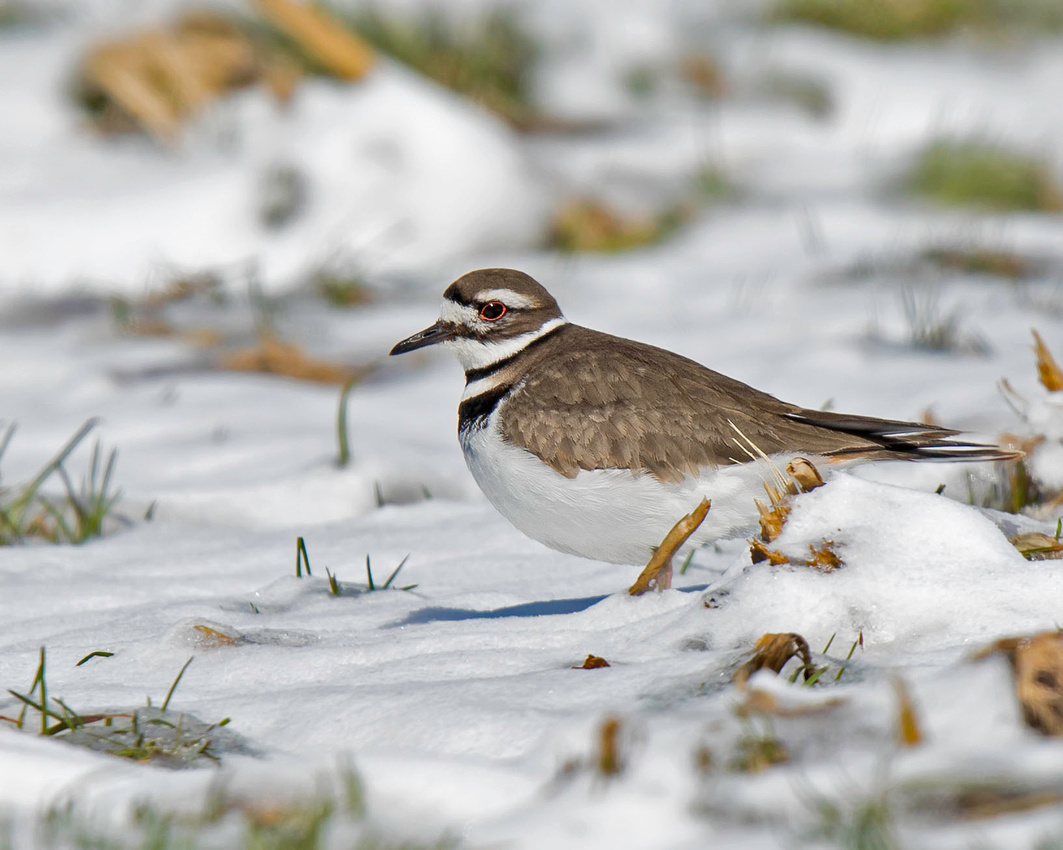 I was watching a local spot that I've seen Barred Owls when this female Red-bellied Woodpecker stopped by to say hello.  By the way, I didn't see any Barred Owls on that day. 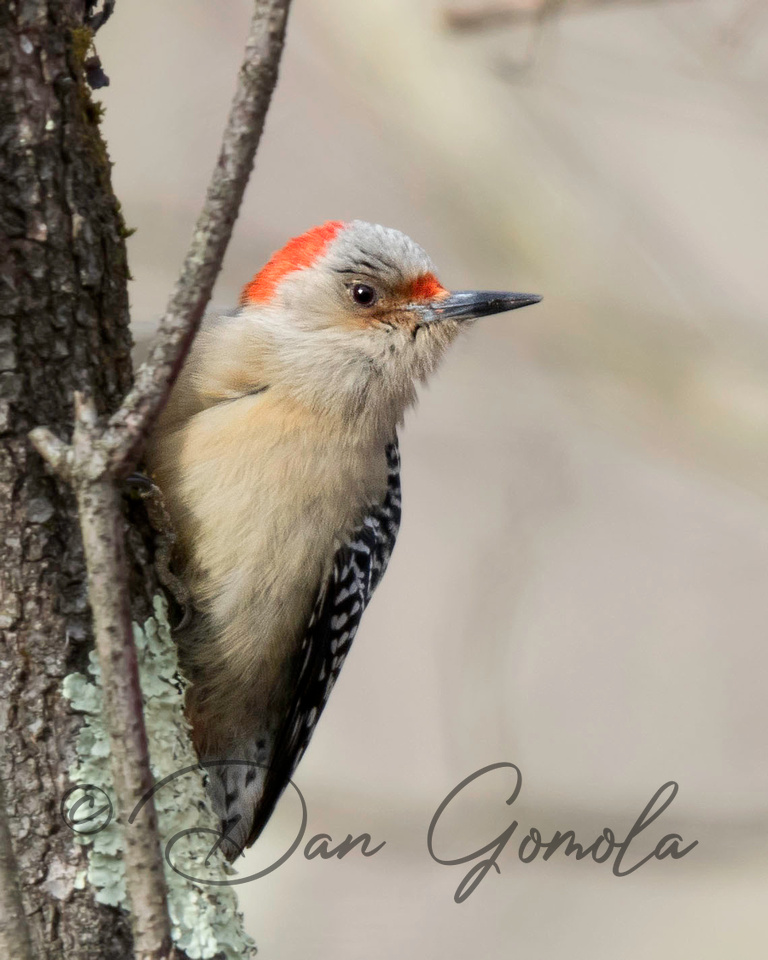 On a cool, windy day at Pymatuning State Park I found this Red-tailed Hawk peering into the field; undisturbed by my presence. 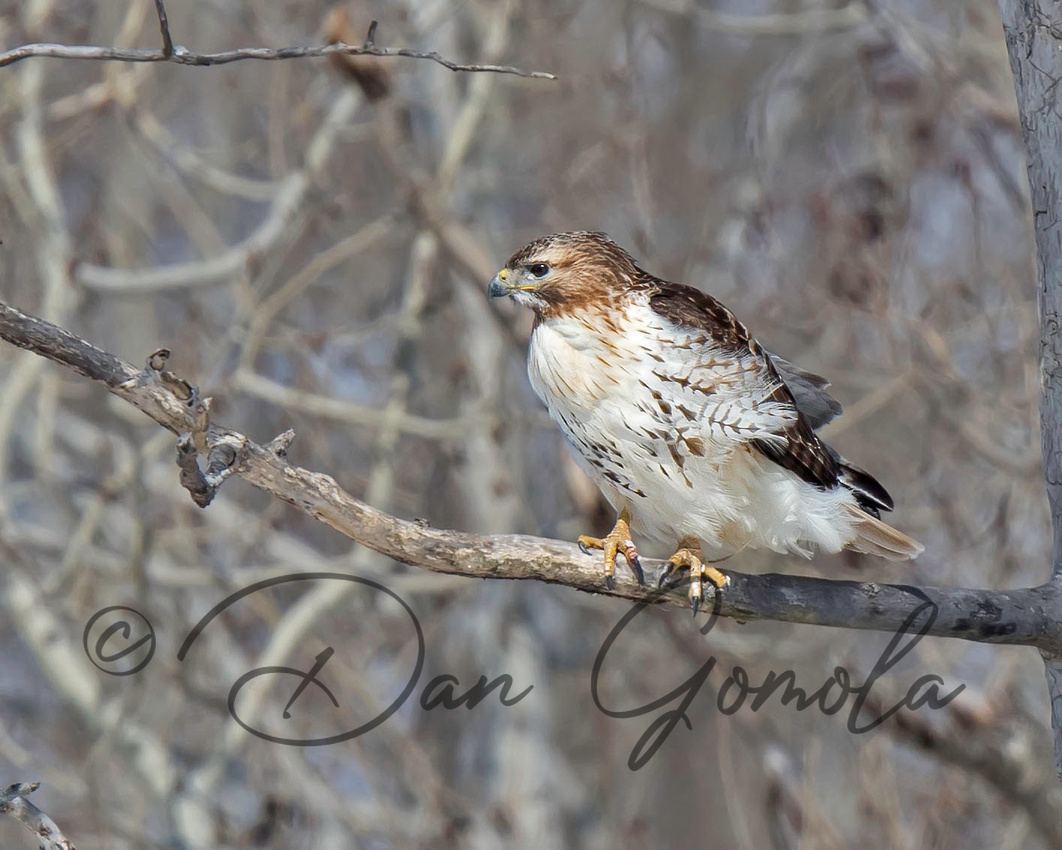 Here is another look at this beautiful albino White-tailed Deer.  Sadly, I learned later in March that it was struck and killed by a vehicle. 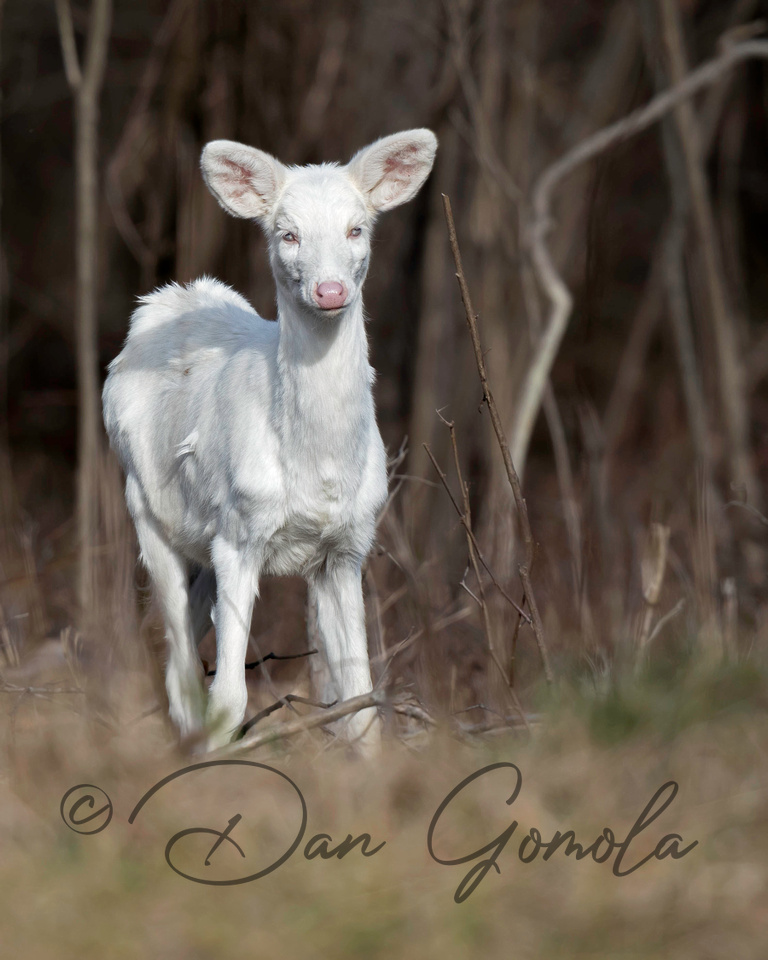 One of the draws of photographing waterfowl and songbirds in the spring is their magnificent colors.  Females and non-breeding males, like these non-breeding Horned Grebe, are also mixed in. 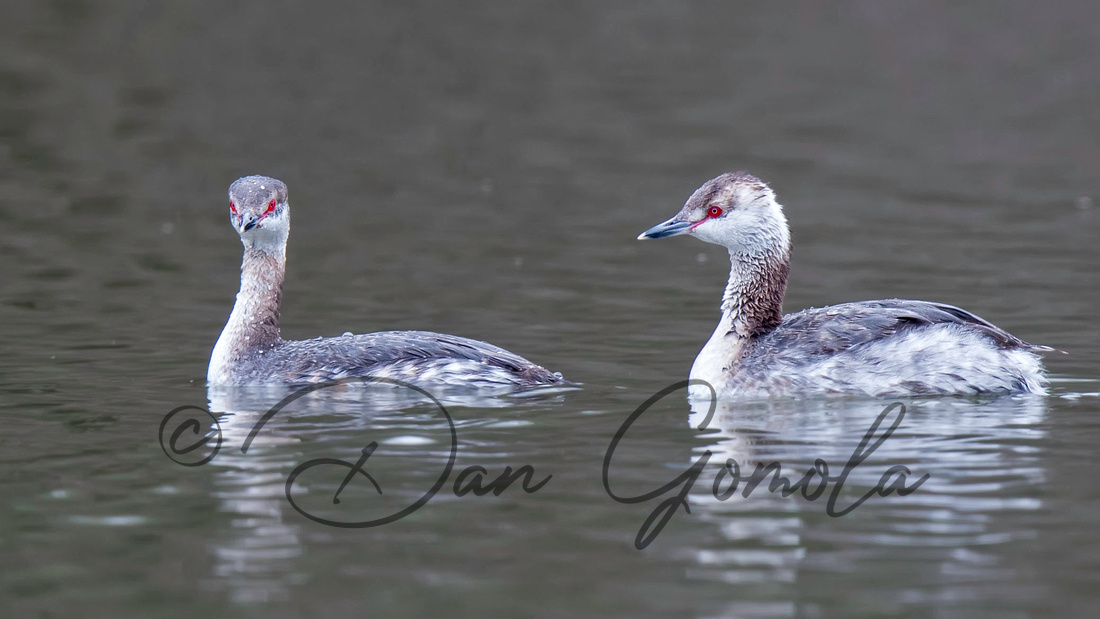 The American Pipit is a bird that I think most of us have never seen or simply ignored its presence.  They winter in the southern United States and Mexico and breed in the far north in and around the Arctic Circle of Canada and Alaska making Pennsylvania a brief stopover. 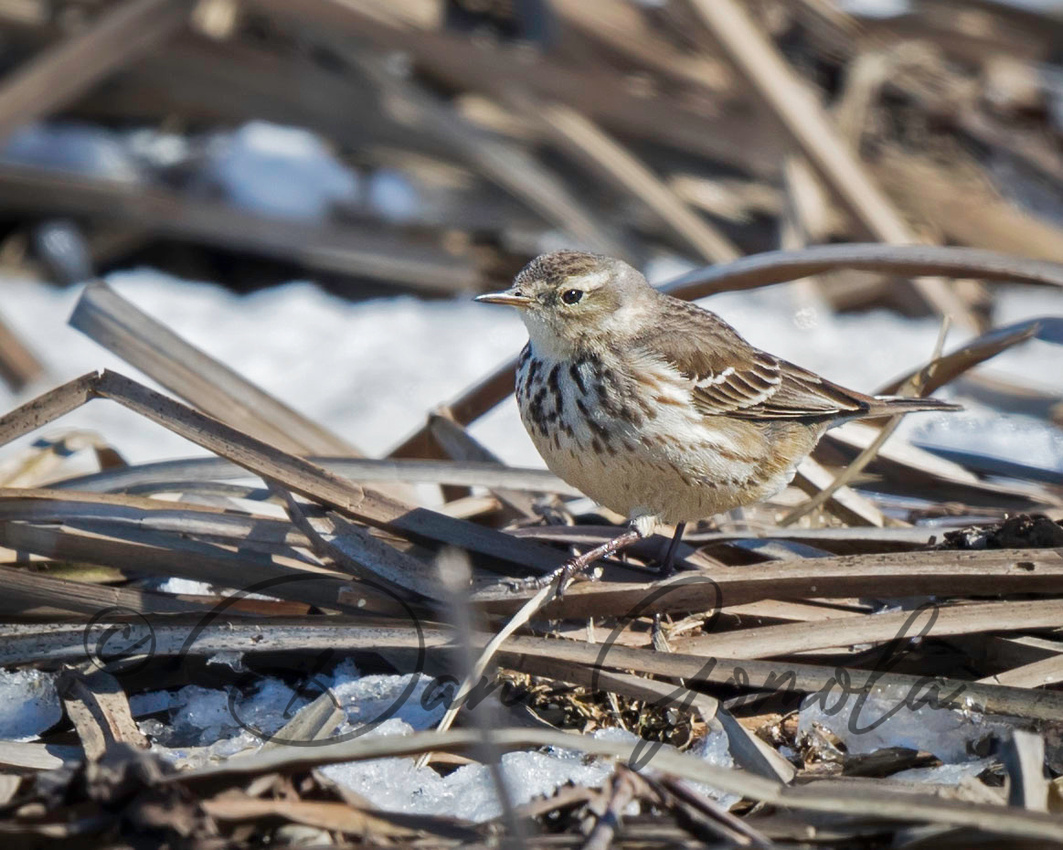 The Wild Turkey puffs up and spreads its elaborate feathers to attract a mate. 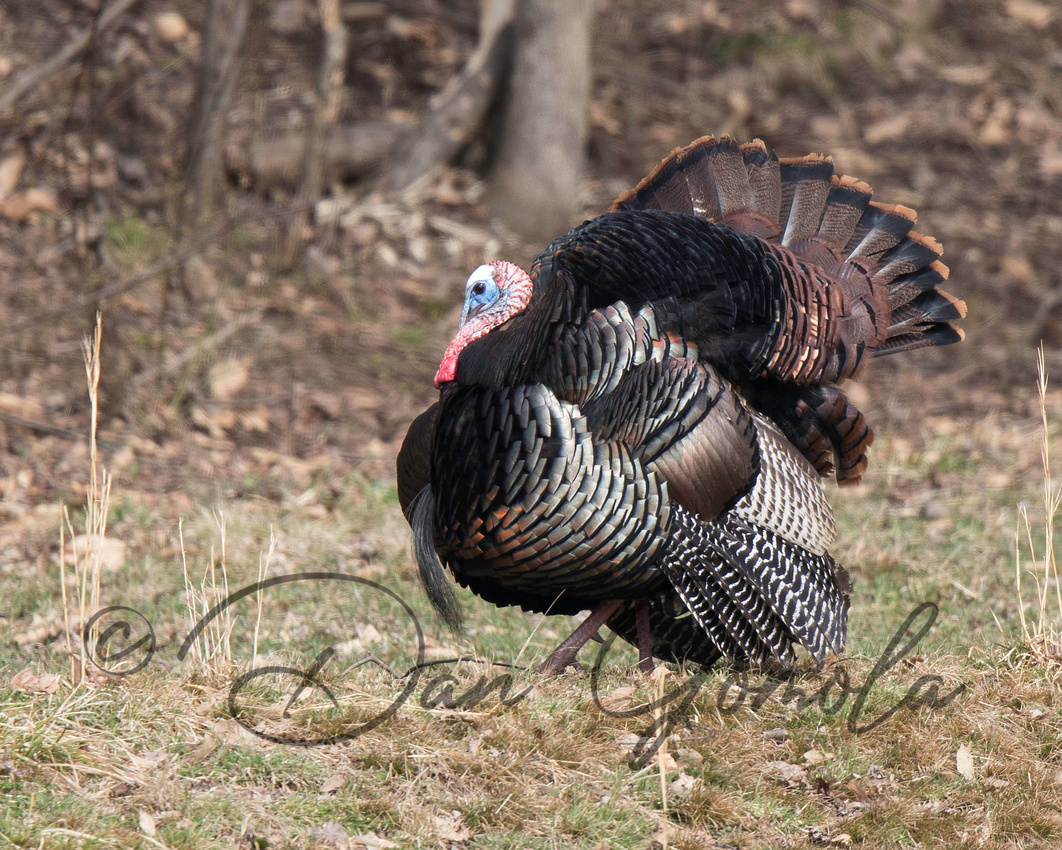 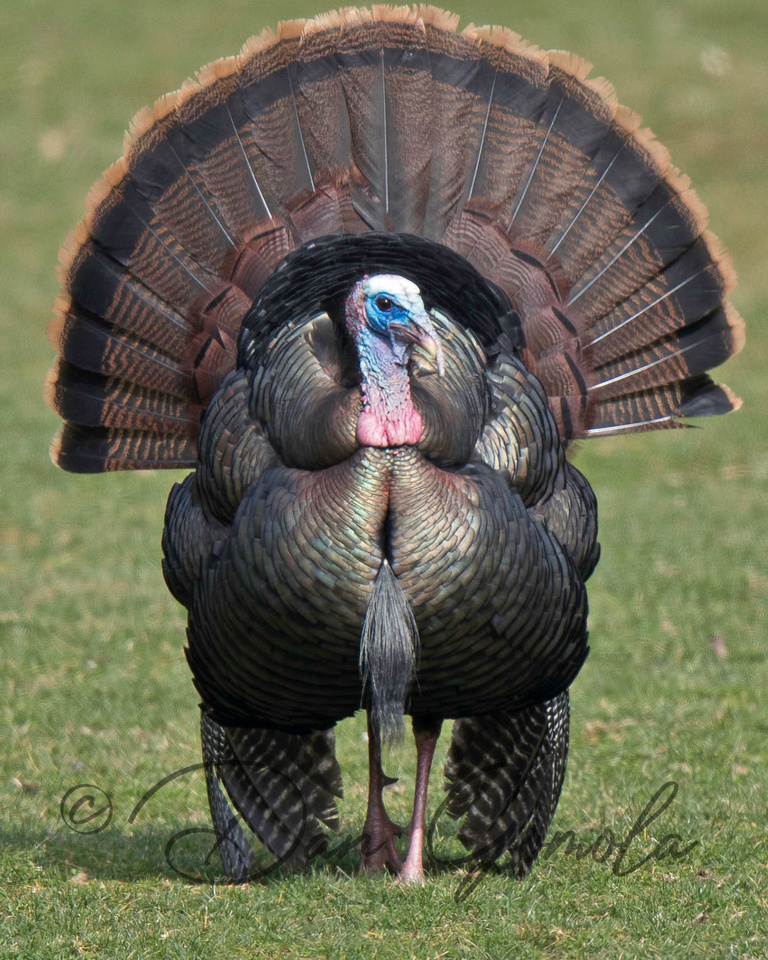 I was heading home one evening after darkness had began to blanket the landscape.  I found a small herd of doe in a field so I stopped to see if I could photograph any of them.  A slow shutter speed was inappropriate for any movement so I raised the camera sensitivity level (i.e. ISO) and captured this doe intently watching me. 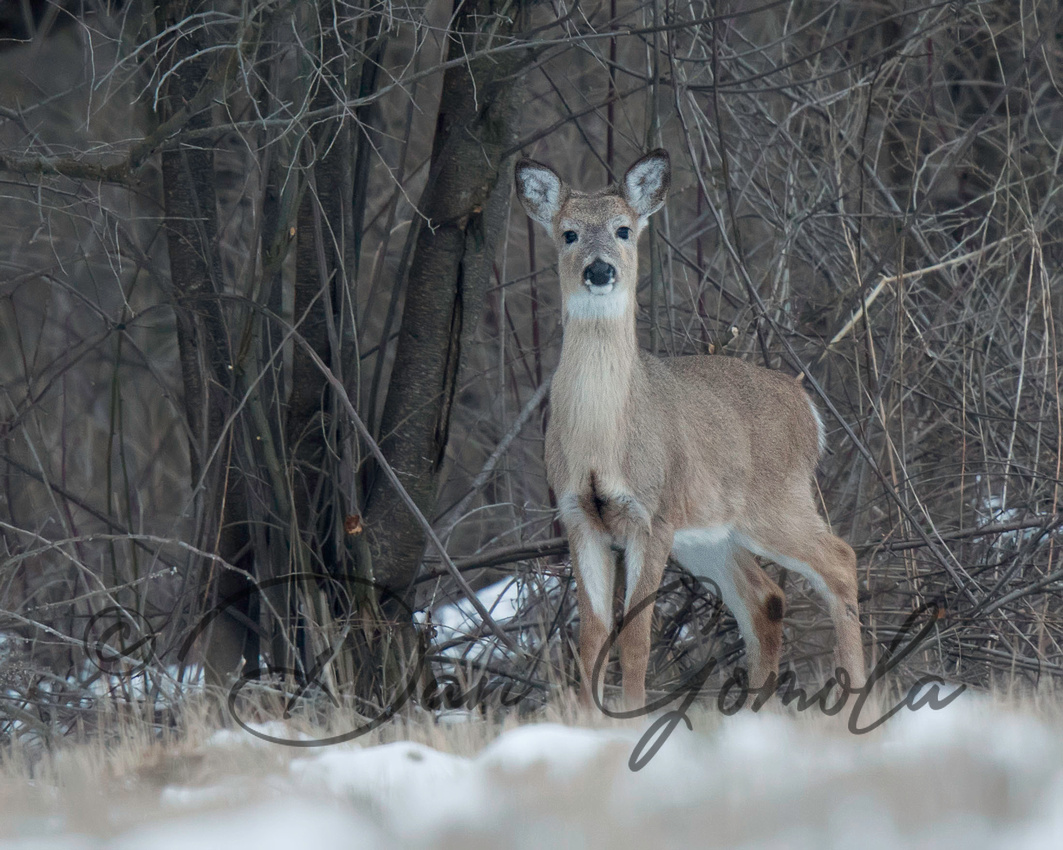 Well, I hope you enjoyed this variety of wildlife photos I made during the waning days of winter.  I'm working on a couple photographic projects that I will share at a later date.  Okay, I'll give a hint. Owl be happy when I am finally able to share my experiences with you.