The American Woodcock, also known as the timberdoodle, Labrador twister, night partridge, and bog sucker, are a superbly camouflaged bird against the leaf litter of the forest floor.  While its subdued plumage and low-profile behavior make it hard to find, springtime is an exception. 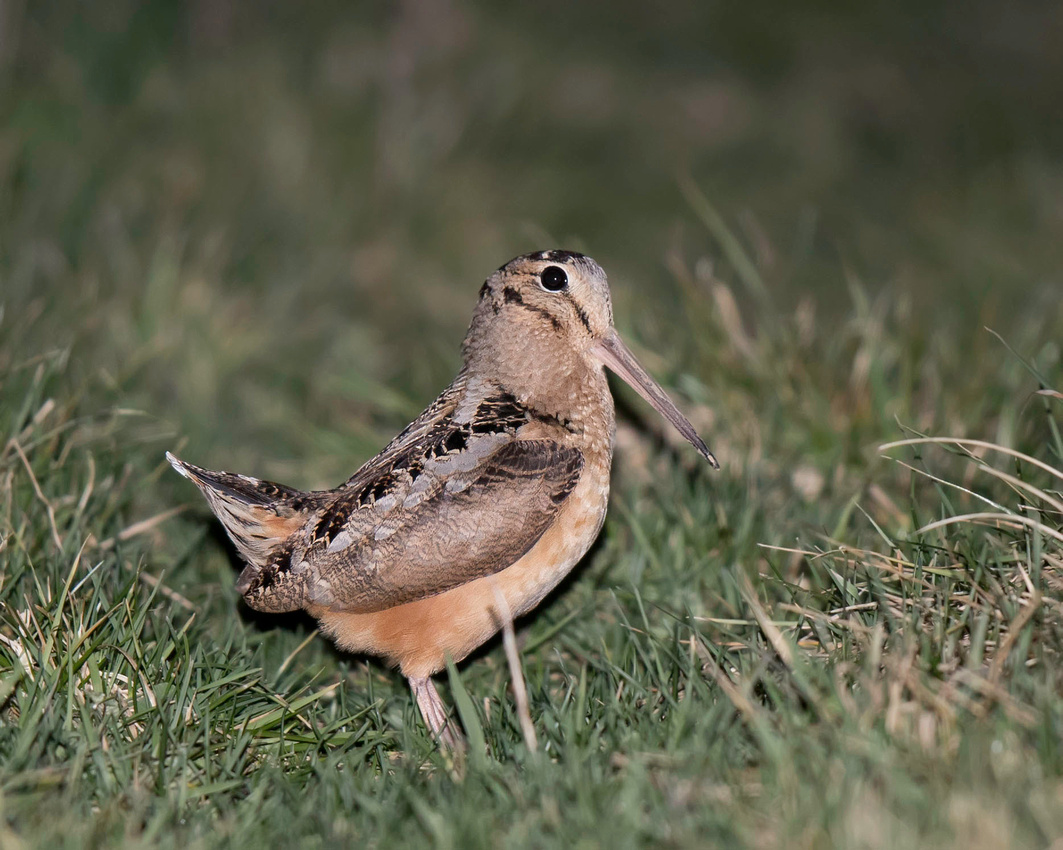 A male woodcock’s evening display flights are one of the magical natural sights of springtime in the east.  Males sound off a buzzy peent call from a display area on the ground.  Then he flies upward in a wide spiral and his wings begin to twitter as he gets higher.  At a height of 200–350 feet the twittering becomes intermittent, and the bird starts to descend. He zigzags down in a steep dive back to the ground, chirping as he goes, landing silently near a female, if one is present.  Once on the ground, he resumes peenting and the display starts over again. 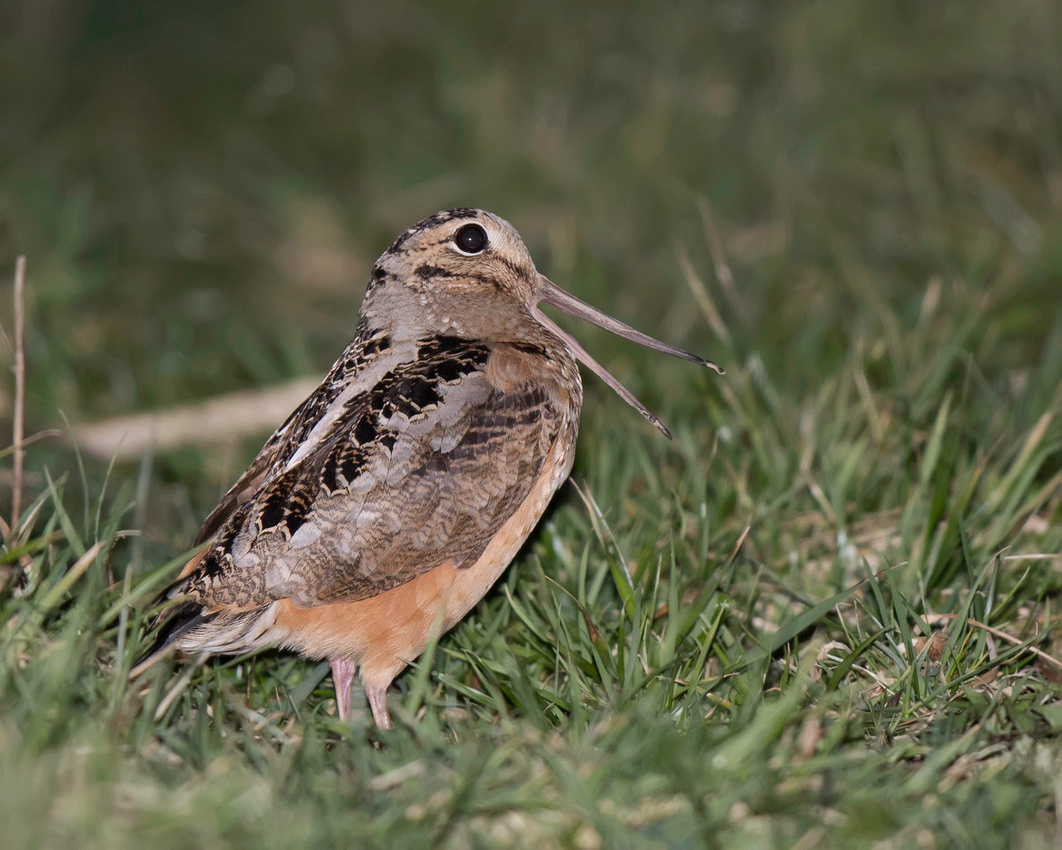 One evening in late March, my friend Jake Dingel and I set out to find the American Woodcock performing their mating display.  We were successful and made plans to return with our photography equipment within a couple days.  We returned two days later, joined by my wife Elena.  Since it is dark outside when the performance begins, a flashlight is needed to illuminate the bird so the camera is able to focus.  Elena did a great job locating and tracking the bird so we could photograph him.

After finding a lone male, we witnessed several performances over the next hour.  We were able to get a few photographs and video but unable to include flying shots.  Even in the daylight their fast flights would be difficult to capture so nighttime made it nearly impossible. 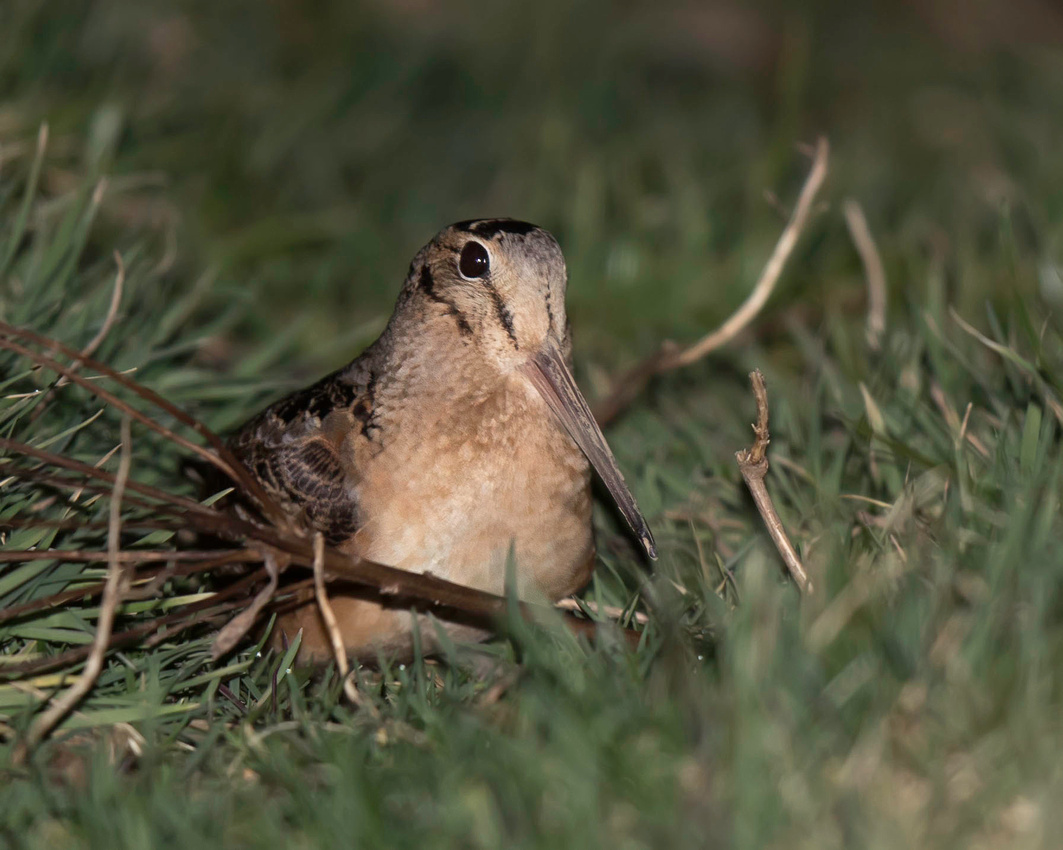