September is the peak of shorebird migration in the northeast and it is thrilling to see these birds that are usually not a part of our birding adventures.  Although most have lost their breeding plumage by September, they are still a thrill to watch, photograph, and guess what they are.  Some of the differences between certain species like plovers or sandpipers are so subtle that it is easy for the novice birder to misidentify.

This September, I spent several hours along the shore of Lake Erie at Conneaut Harbor, one of Ohio’s birding hotspots, located just a few miles across the Pennsylvania border.  During the month, I had the enjoyment of seeing several migratory birds and a few that stick around all year round.  I have several photos to share with you so this photo blog is dedicated to my sightings at Conneaut Harbor.

We'll begin with a couple of species of terns.  In the following three photos you will see the largest tern in North America, the Caspian Tern. 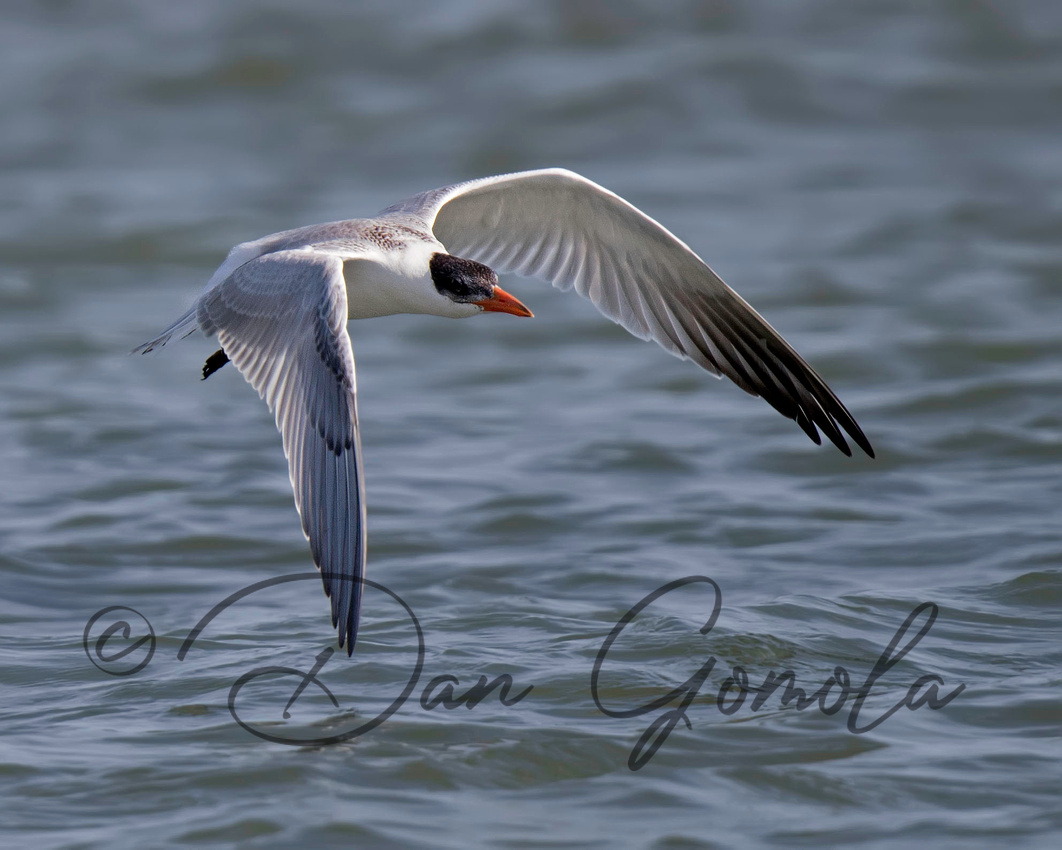 Caspian Terns on the rocks of Lake Erie.

I thought this scene was comical as the Herring Gull frightens the Caspian Tern.

The Common Tern has been known to breed in Presque Isle State Park in Erie, PA. 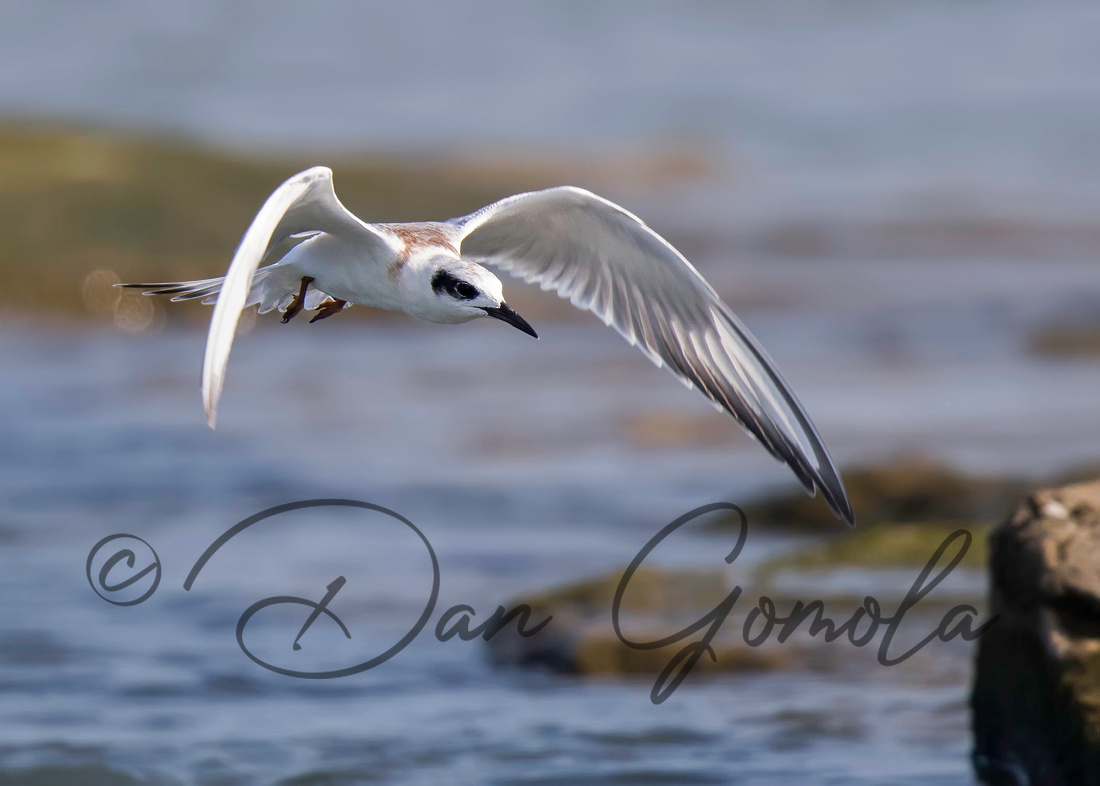 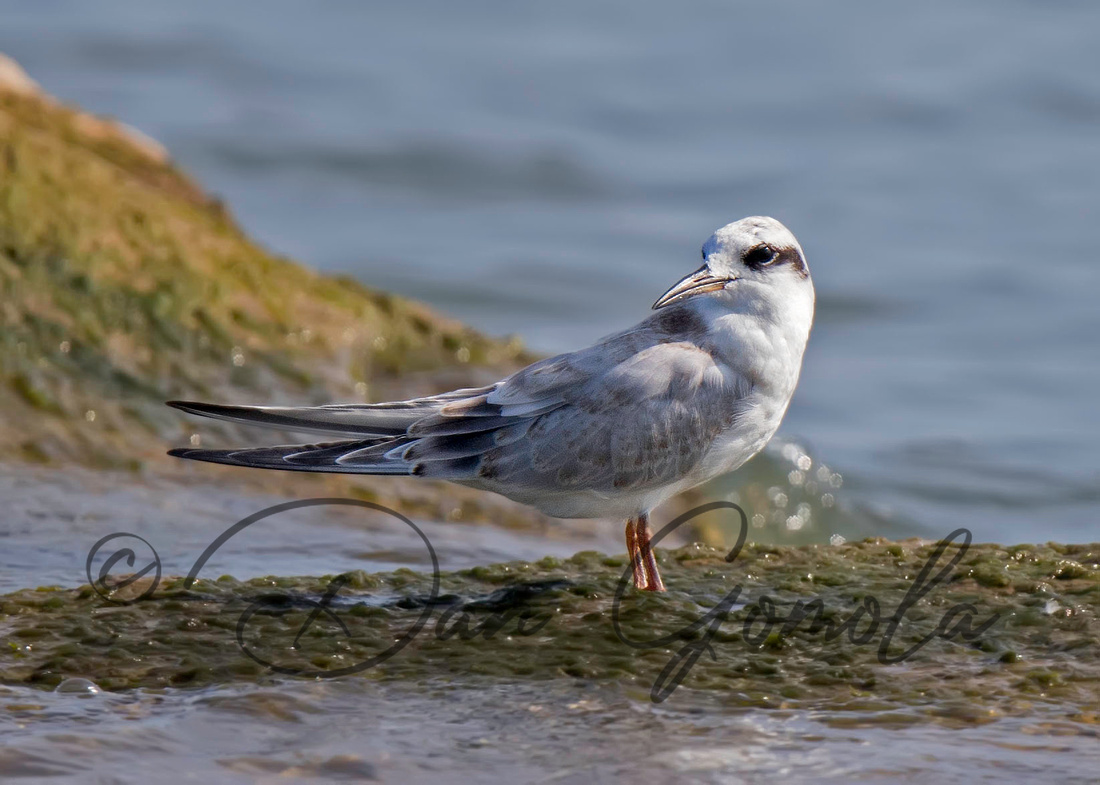 During the month, I photographed a nice quantity of birds in the sandpiper family like this Baird's Sandpiper. 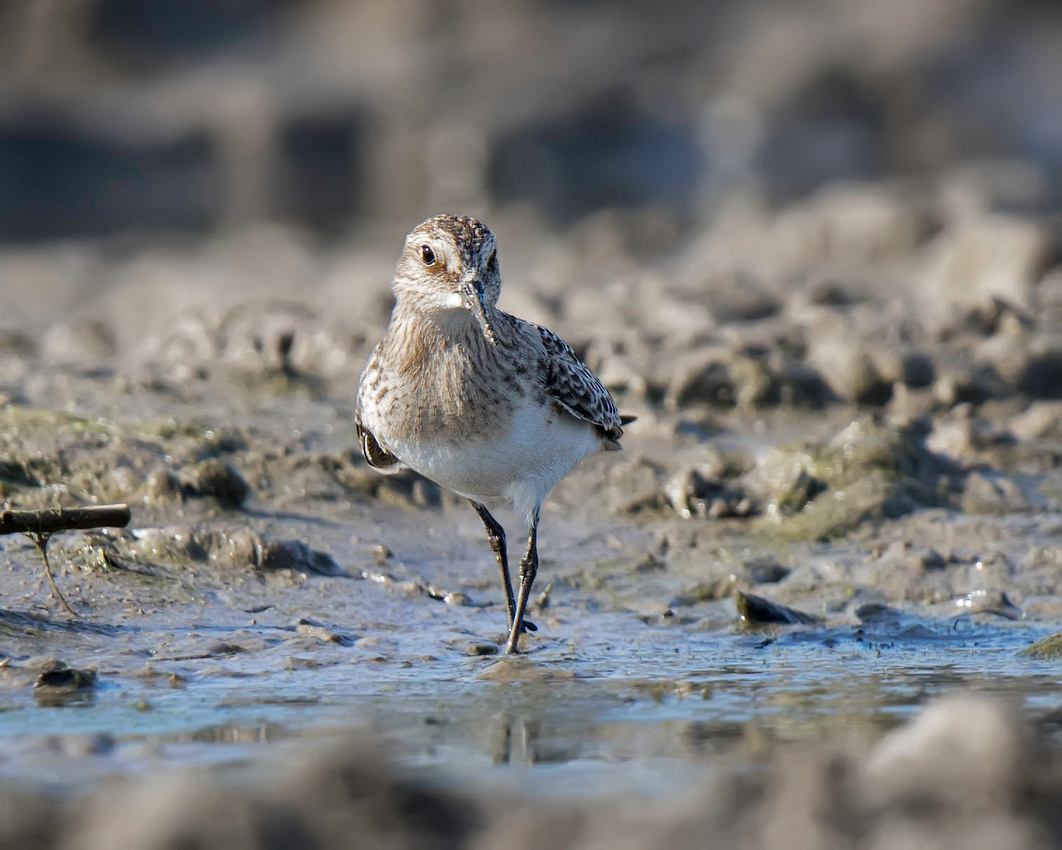 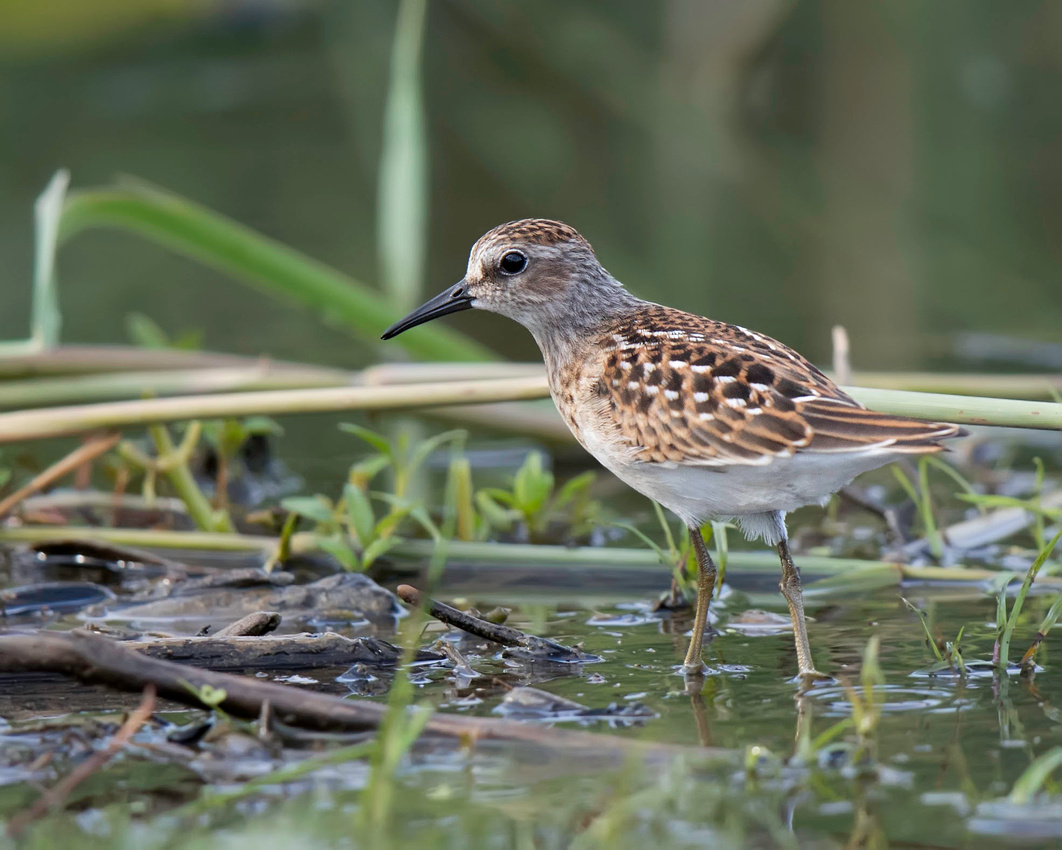 The Stilt Sandpiper is named for its long legs. 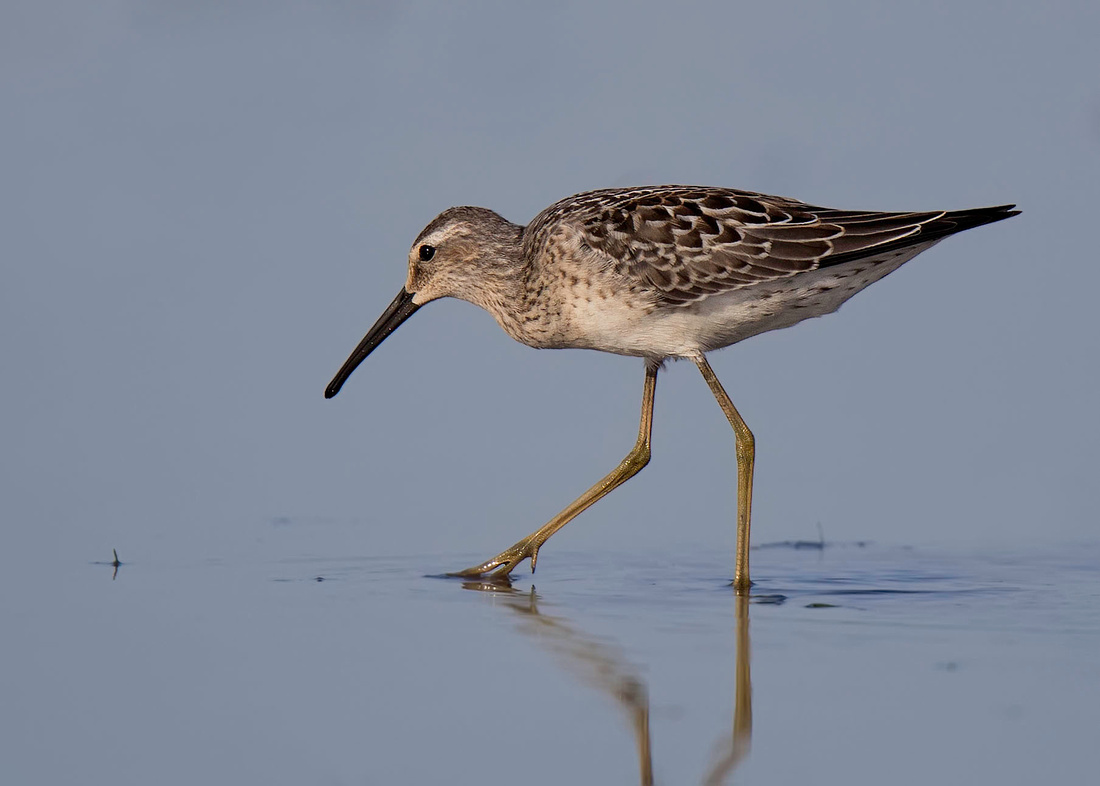 Most Western Sandpipers are found on the west coast of the United States.  Occasionally, we get a few adventurous ones flying through the mainland on their way to the Atlantic for the winter. 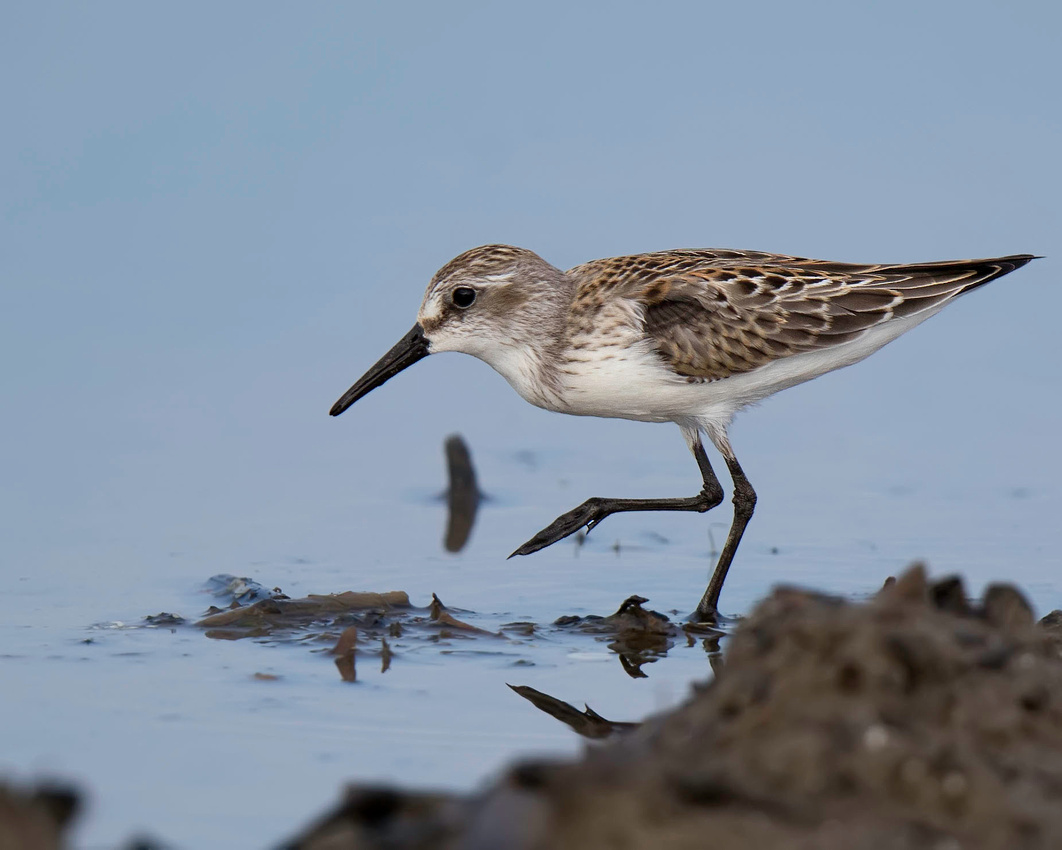 There are several Bald Eagles found along the coast of Lake Erie.  This juvenile left its rocky perch and flew low over the inlet behind the break wall. 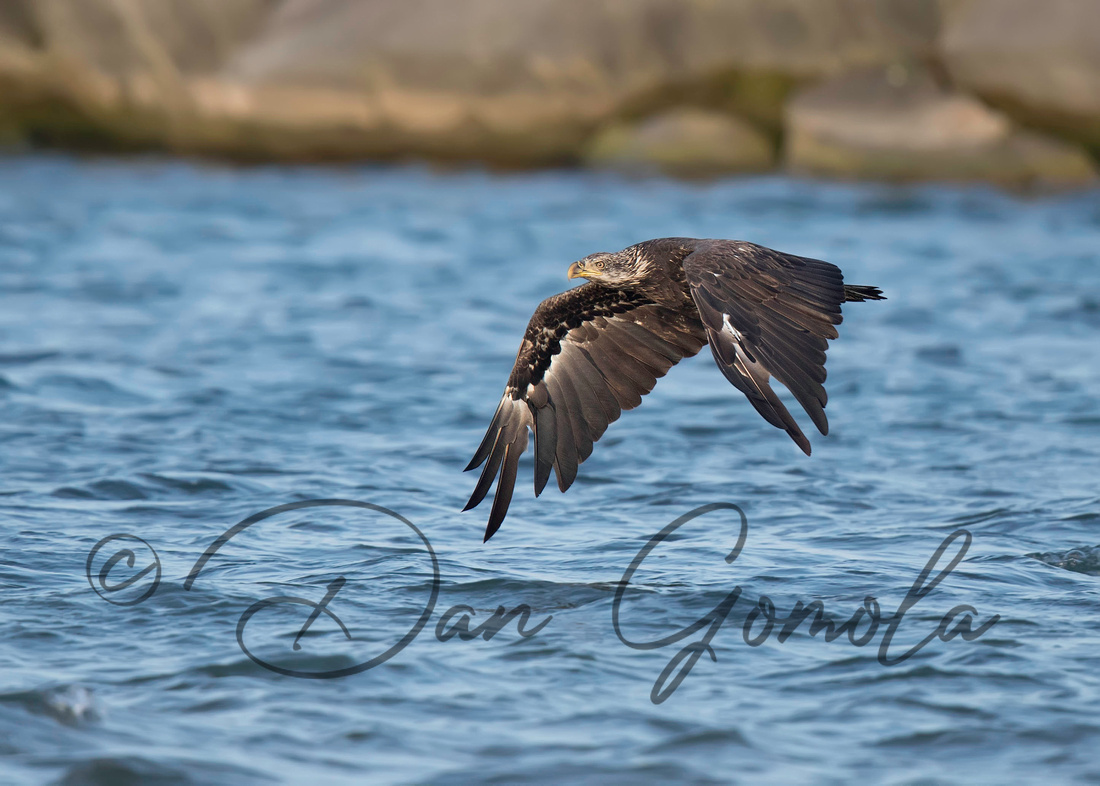 The Great Blue Heron is a very common bird which may stay year round in certain areas of PA and OH.  After catching their fishy food, they flip the food several times to get it lined up with their throat before swallowing. 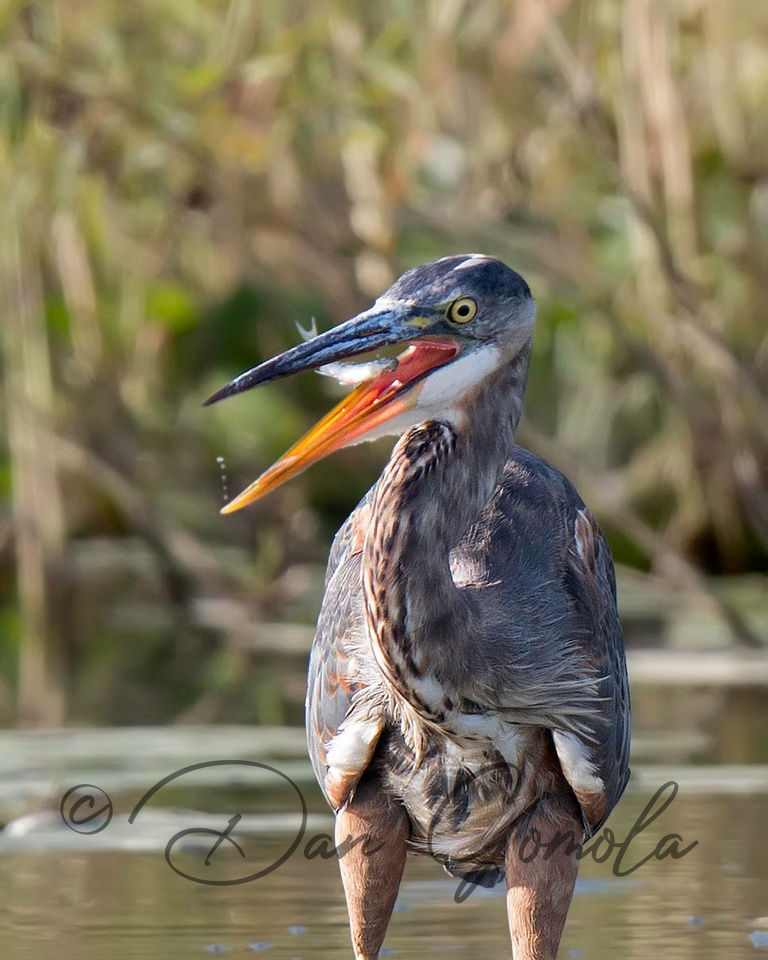 A Great Blue Heron enhances the view of the Conneaut Harbor Lighthouse, in operation since the 1920's. 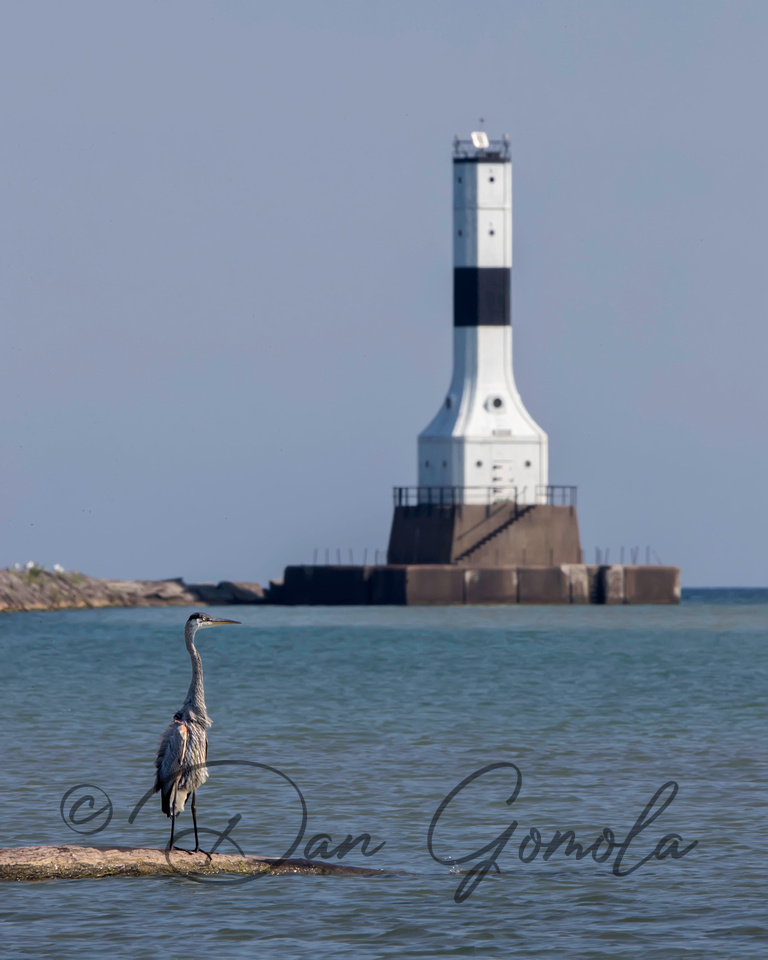 I found an interesting piece of history regarding the town of Conneaut (pronounced “con-e-aught”) and how it got its name.  The town of Conneaut lies on an old Indian trail later used by settlers seeking fortune on the western frontier.  Seneca Indians called the creek that empties into Lake Erie at this point Konyiat, meaning place of many fish.

I have to say, it is a place of many birds too.

A summer breeder in Pennsylvania and Ohio is the Green Heron. 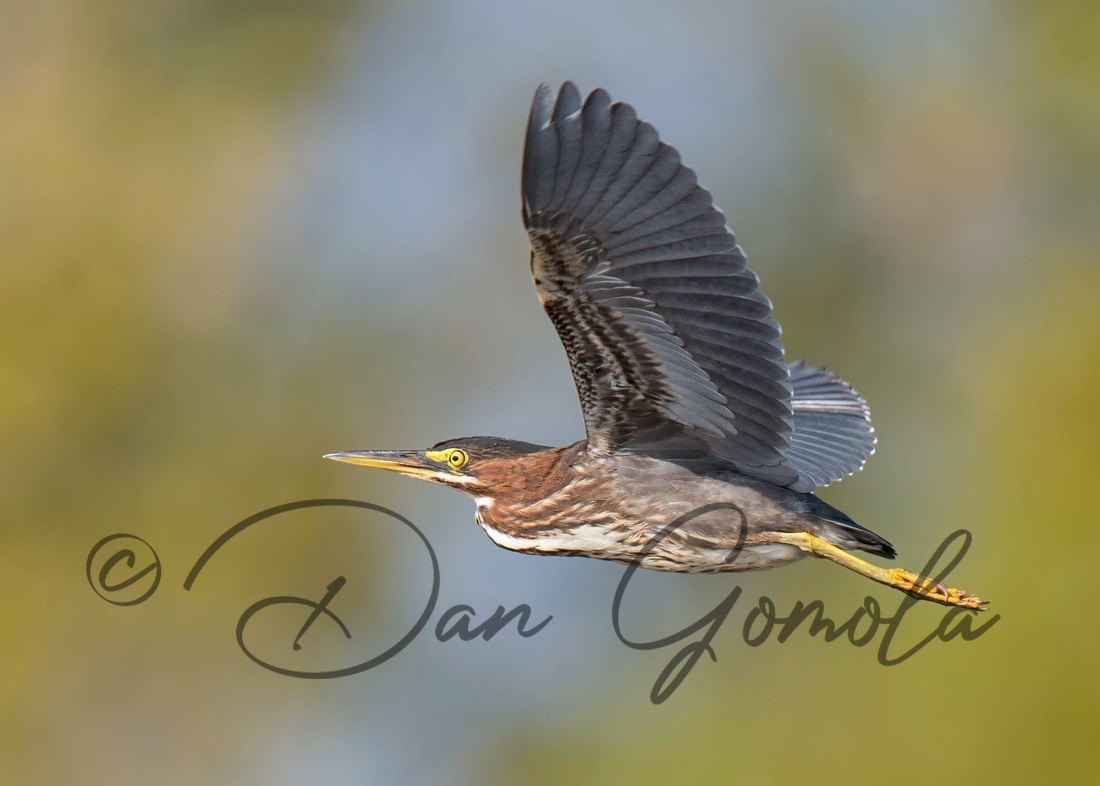 It's not uncommon to find Green Heron perched in the trees surrounding a lake, pond, or stream. 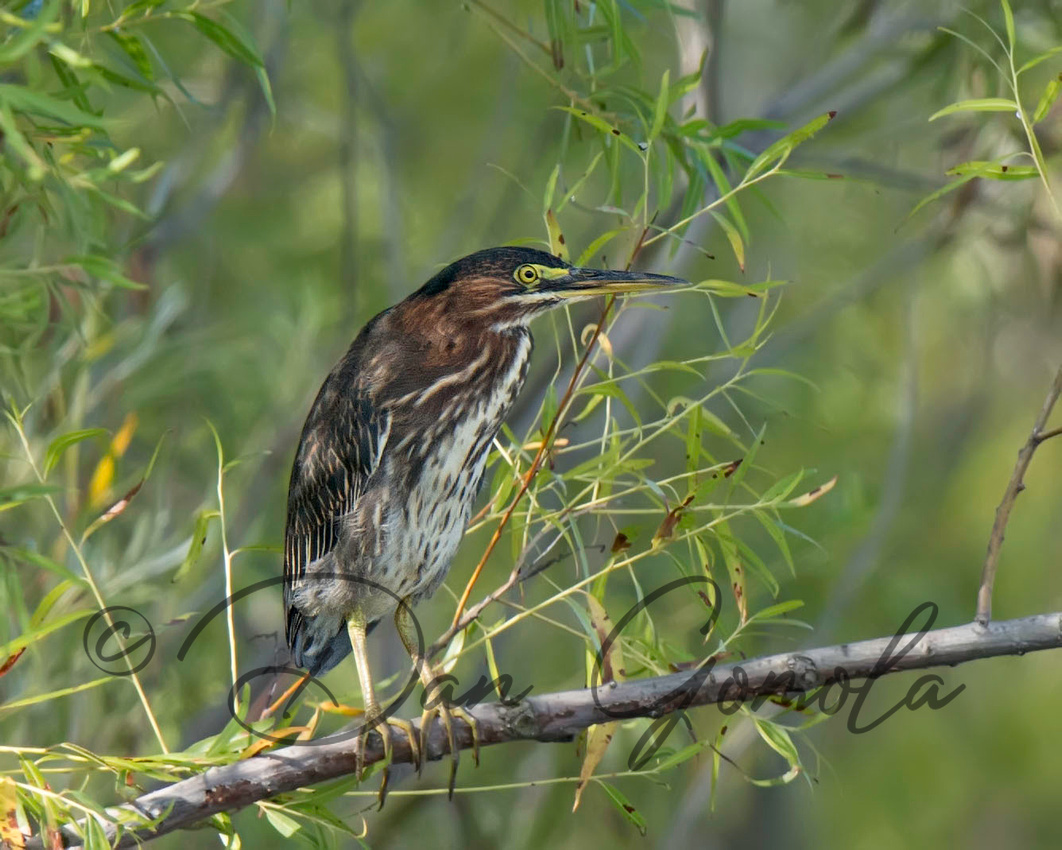 Another member of the heron family is the tiny Least Bittern. 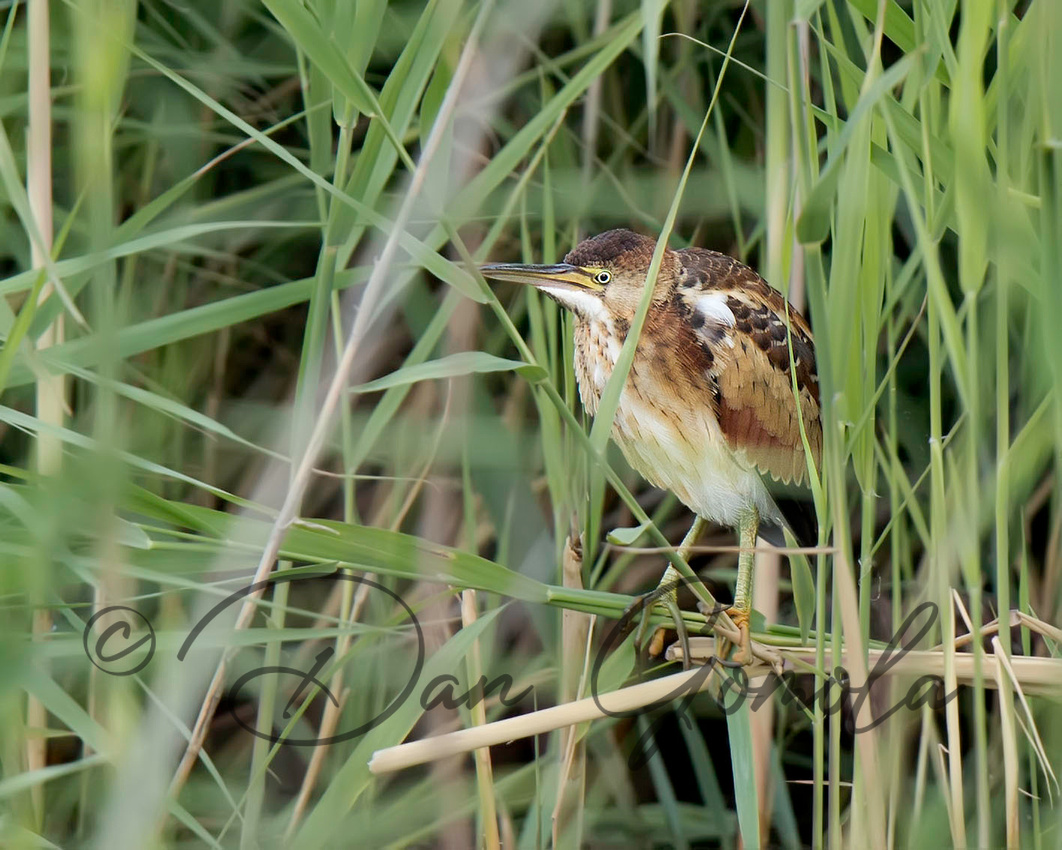 The next bird is an American Golden-Plover.  This plover makes one of the longest migratory journeys of any shorebird.  It breeds on the high Arctic tundra of Alaska and Canada and winters in the grasslands of central and southern South America. 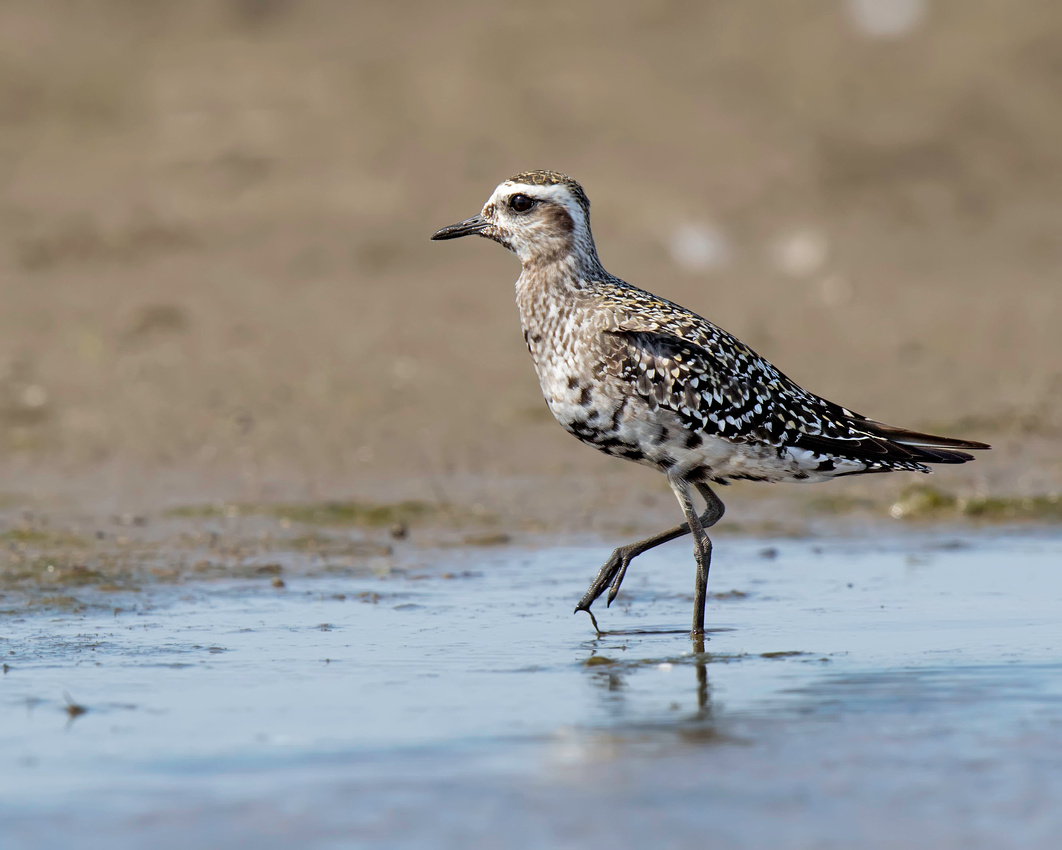 The American Golden-Plover has a long, circular migration route.  In the fall it flies over the Atlantic Ocean from the East Coast of North America nonstop to South America.  On the return in the spring it passes primarily through the middle of North America to reach its Arctic breeding grounds. 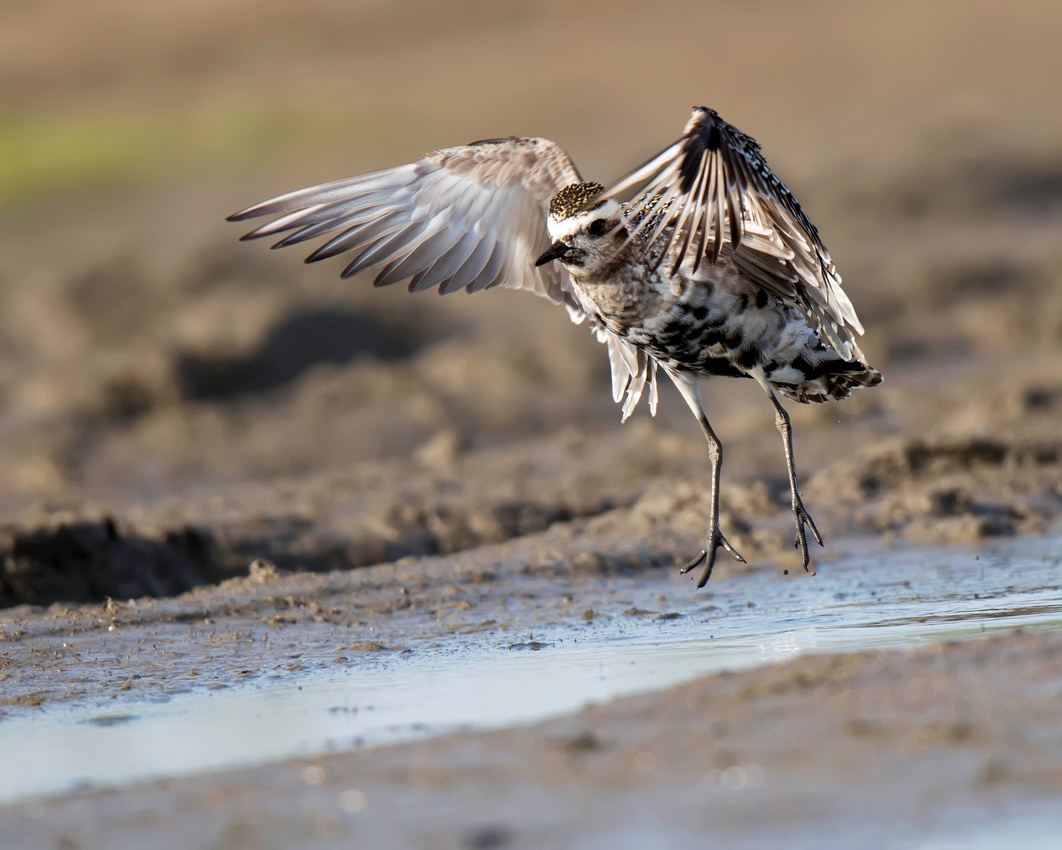 The Semipalmated Plover is the most common plover seen during migration. 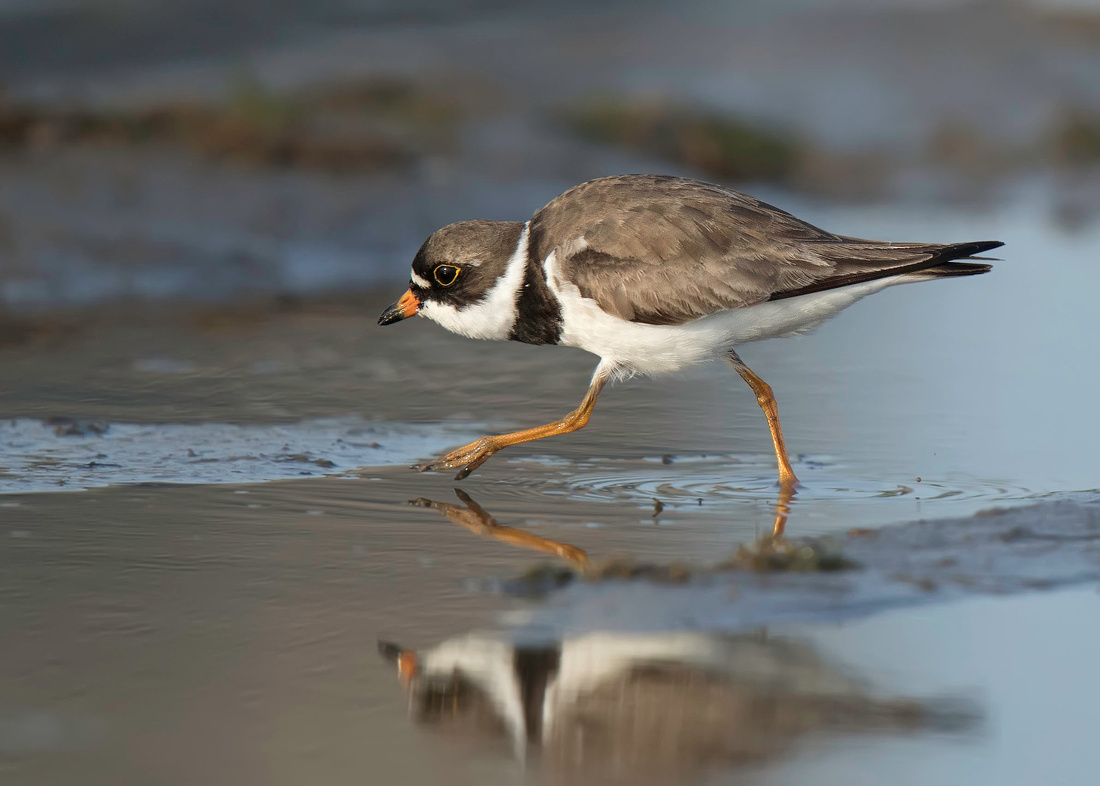 The shallow waters of the mudflats provided an ideal spot for this Sanderling to bathe. 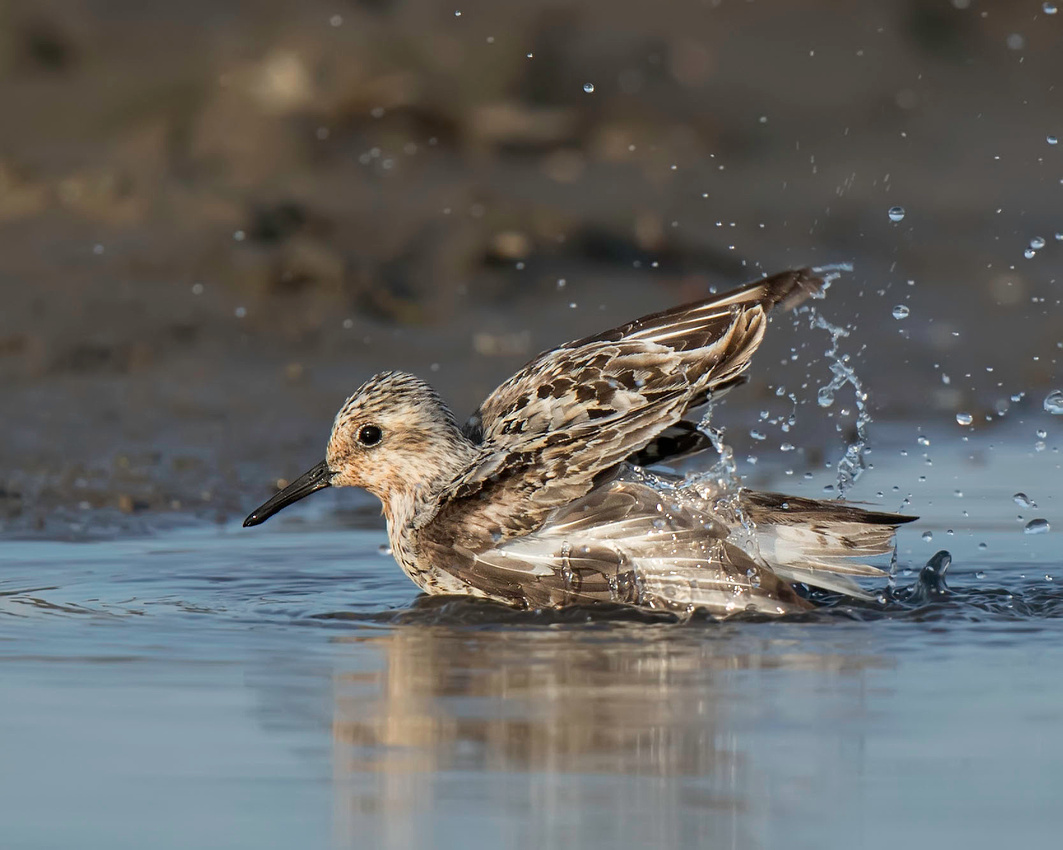 Another migrator through the northeast is the Lesser Yellowlegs; often seen running through shallow water looking for food. 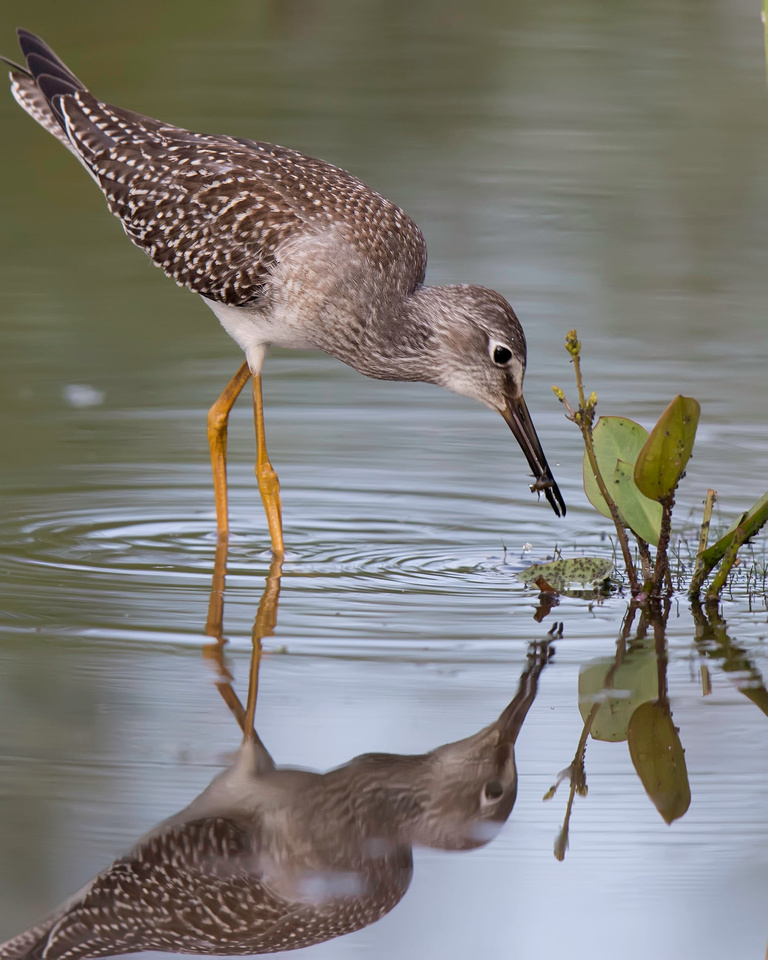 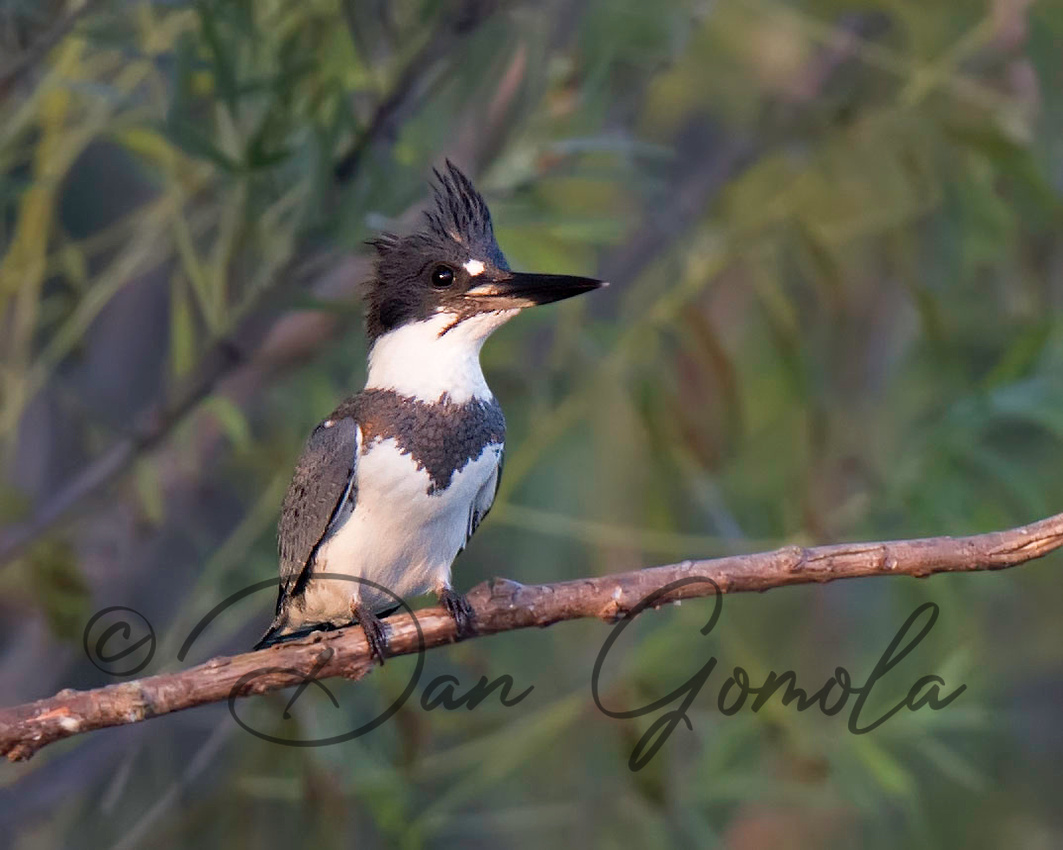 Just so you know, a female has a second band around her chest which is chestnut-brown in color such as the hovering kingfisher in the next photo. 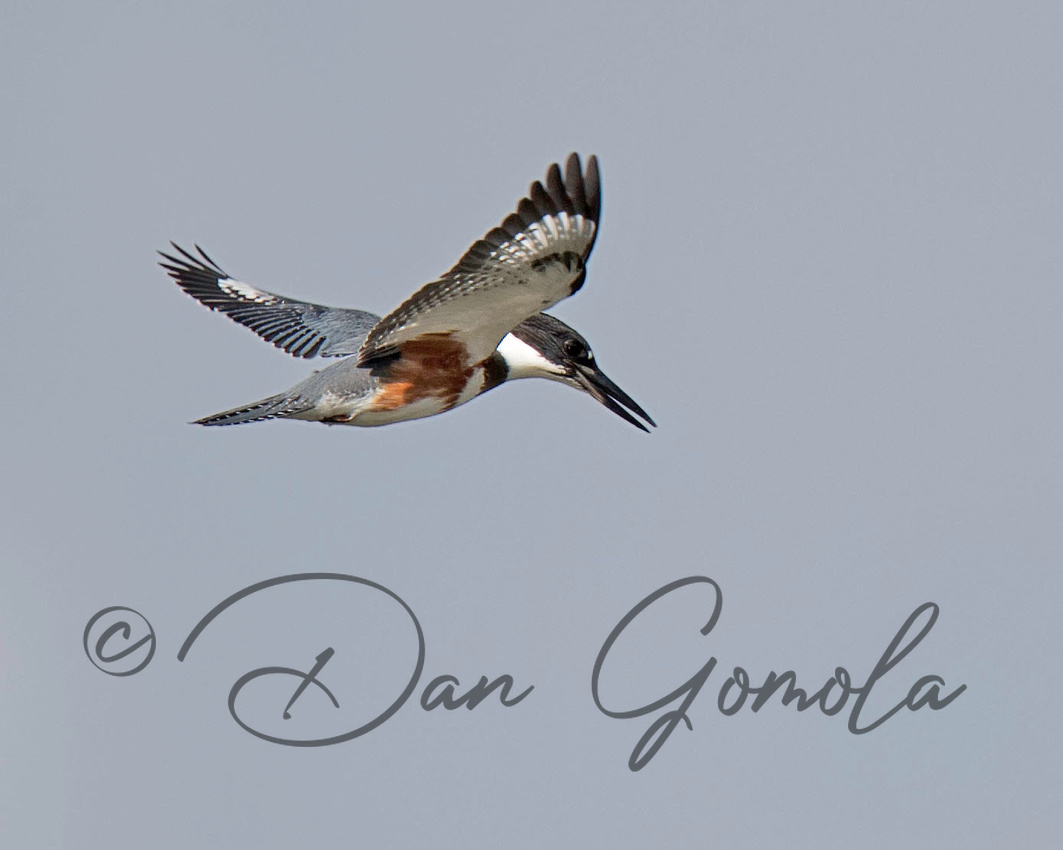 Although the Great Egret can be found in many areas of the north, beyond the boundaries of range maps, I don't see many in Western Pennsylvania except during migration. 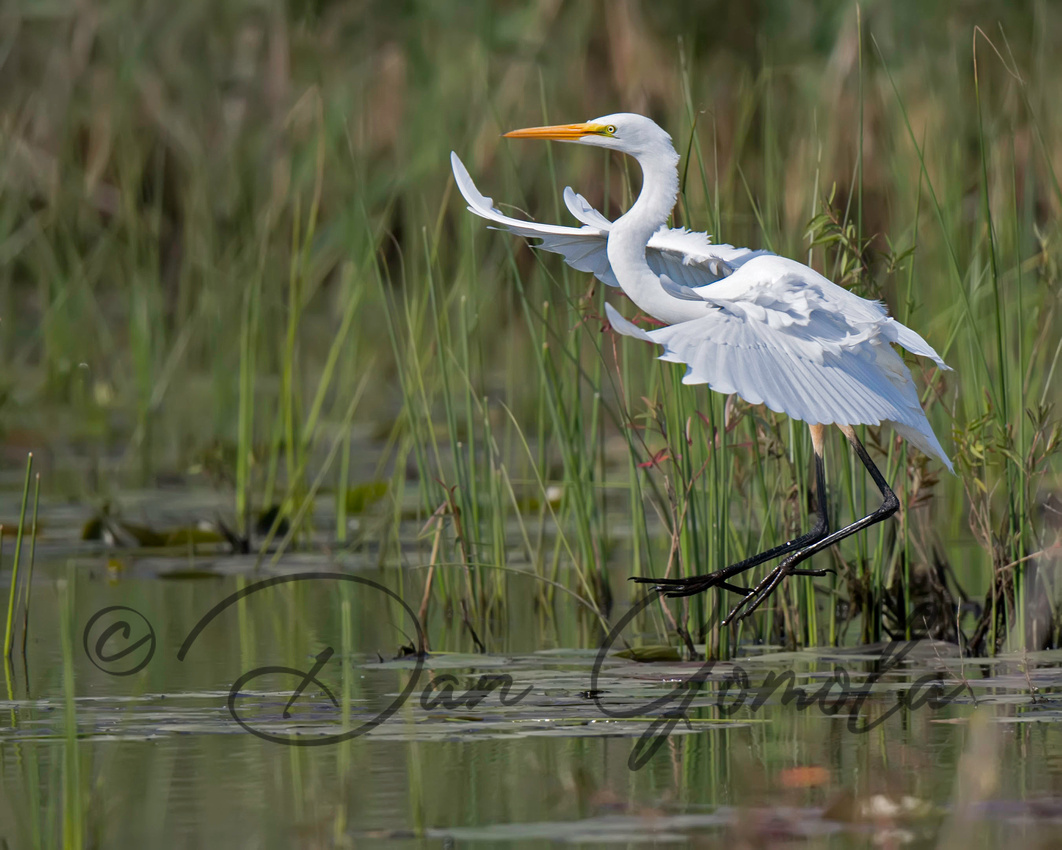 This Great Egret walks very slowly while watching for an unsuspecting fish to swim by. 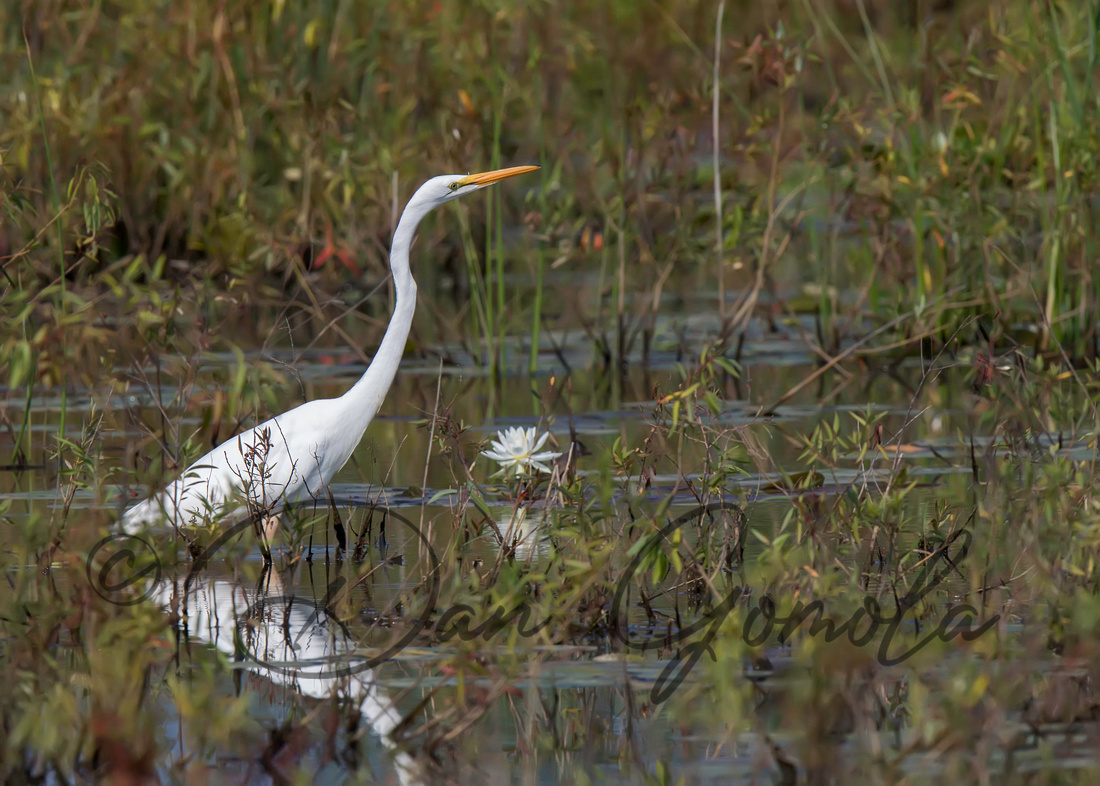 I hope you enjoyed seeing the various species of birds I found at Conneaut Harbor, OH.  Each visit came with great enthusiasm for what I might find.  I never visited in April to catch the spring migration but I'm definitely including it in my schedule in 2017.

Anita(non-registered)
Dan, your photographs are amazing--so tack-sharp! And I appreciate your including the identification and narrative of each bird. For those of us who are not technically "birders," it is interesting to have this information.
Coy Hill(non-registered)
Amazing collection of shorebirds and the photos are of stunning! Thanks for sharing!
Cheryl Poff(non-registered)
I have lived in Conneaut all of my life and have been exploring the sandbar for approximately the last five years. I love your pictures. I see all of these birds on a daily basis. Yes, I drive through this area every day it is open. When it is closed through the harsh winter, I sit on the public dock and observe what I can. Thank you. Keep coming.
Nancy Hunt(non-registered)
Very nice!
No comments posted.
Loading...
Subscribe
RSS
Recent Posts
Great Smoky Mountains 2022 Sometimes, I Like To Shoot Video For the Love of Whitetails Owl Encounters of Early 2021 Pennsylvania Magazine - Meet the Missus 2021 Elk Pre-Rut and Rut Encounters Great Smoky Mountains: My Cades Cove Experience (2021) - Part Three Great Smoky Mountains: My Cades Cove Experience (2021) - Part Two Great Smoky Mountains: My Cades Cove Experience (2021) - Part One Sandhill Crane: New Life in a Western Pennsylvania Wetland
Keywords
white-tailed deer Bald Eagle American Elk Benezette Common Yellowthroat Lake Arthur Moraine Great Blue Heron Wood Duck Wild Turkey
Archive
January February March April May June July August September October November December
©Dan Gomola
Powered by ZENFOLIO User Agreement
Cancel
Continue