Chance Encounters in the Wild

I try to visit elk country several different times of the year to photograph elk at various stages of their life.  September and October is the breeding season referred to as "the rut".  The winter provides great opportunity but the very weather that makes winter elk photography interesting sometimes keeps me at home.  June comes along and the calves created in the previous September, are being born.  That brings us to August. By mid-August, the bull elk's antlers are fully grown and the velvet covering the new antlers dries up and shreds.

On a day in August, when the temperatures were forecast to reach 85 degrees, my wife Elena and I awoke at 3 a.m. and headed to Elk country.  We knew we wouldn't have much time to find bulls because of the heat and as always, fog was heavy in the Benezette area but it was patchy.  During the summer, bulls tend to stay on higher ground in the mountains so knowing where to look comes with knowledge of the area and a little luck.  Our first encounter was with a bull that still had all of his velvet intact.

We were driving through the tall, dark canopies of the forest when we found two whitetail doe and six fawns. I fell for the big eyes of this curious fawn as it watched us pass by. 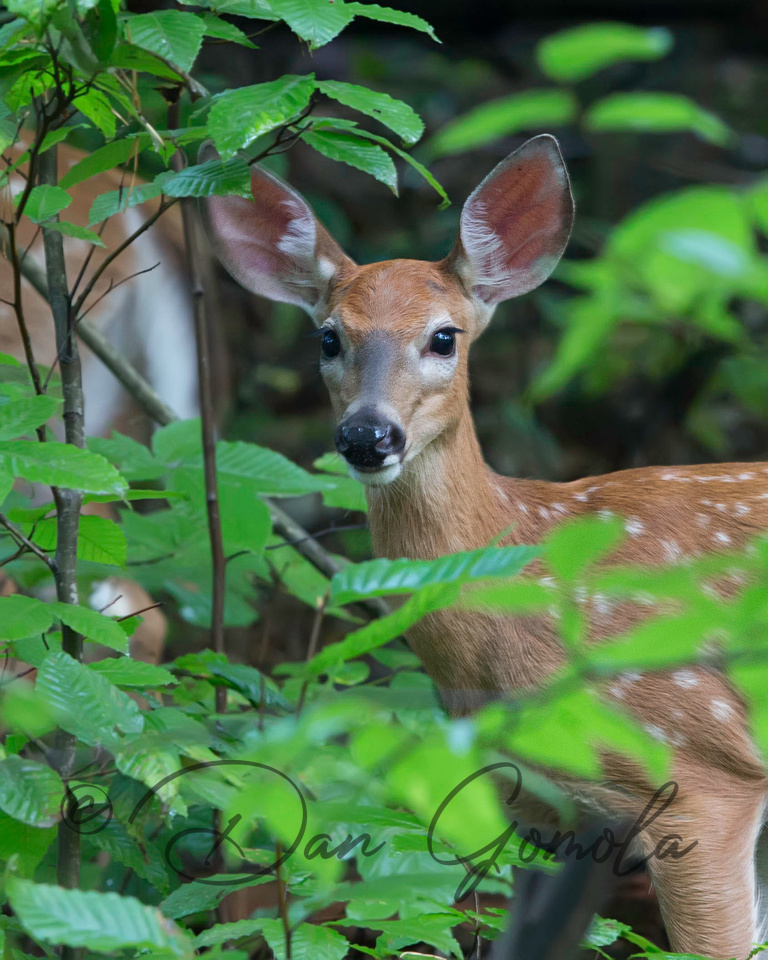 As time was passing and temperatures were rising, we finally found a lone bull eating apples that had fallen from a tree along the road.  This bull was shedding his velvet so I finally got my first photos midway through the shedding process. 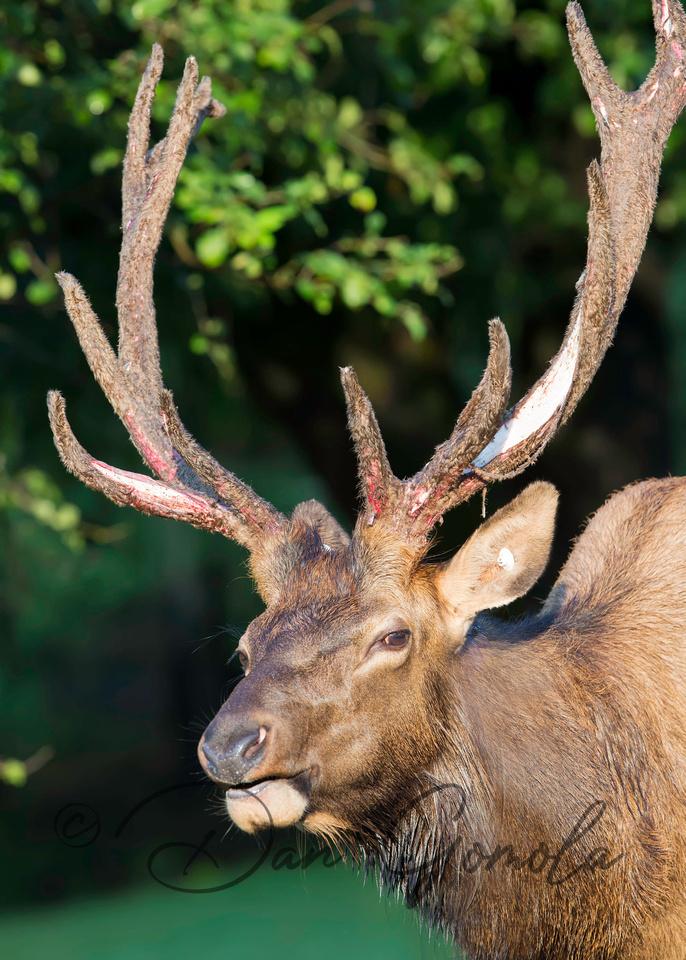 The rising sun, remaining fog, and thick canopy of leaves, created the most beautiful sun rays. 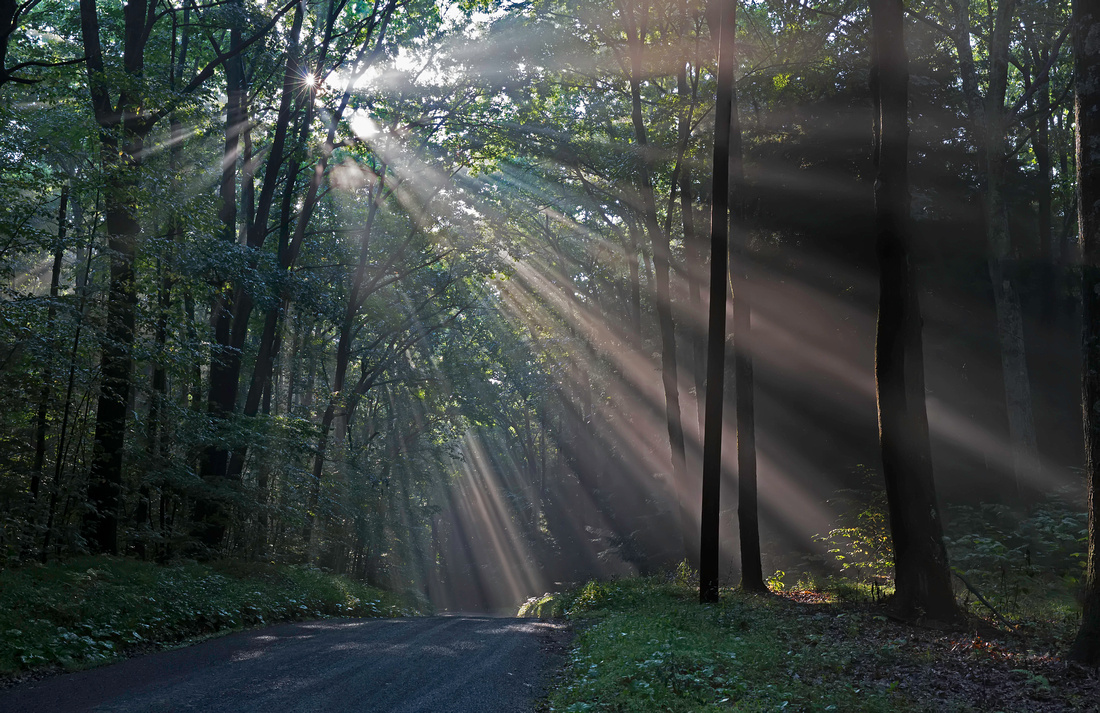 With the early morning behind us and the bulls retreating into the woods, we decided to drive through some thick hemlock sections of the Elk Forest to find cows and their calves.  The spots are fading and nearly gone on this years' calves. 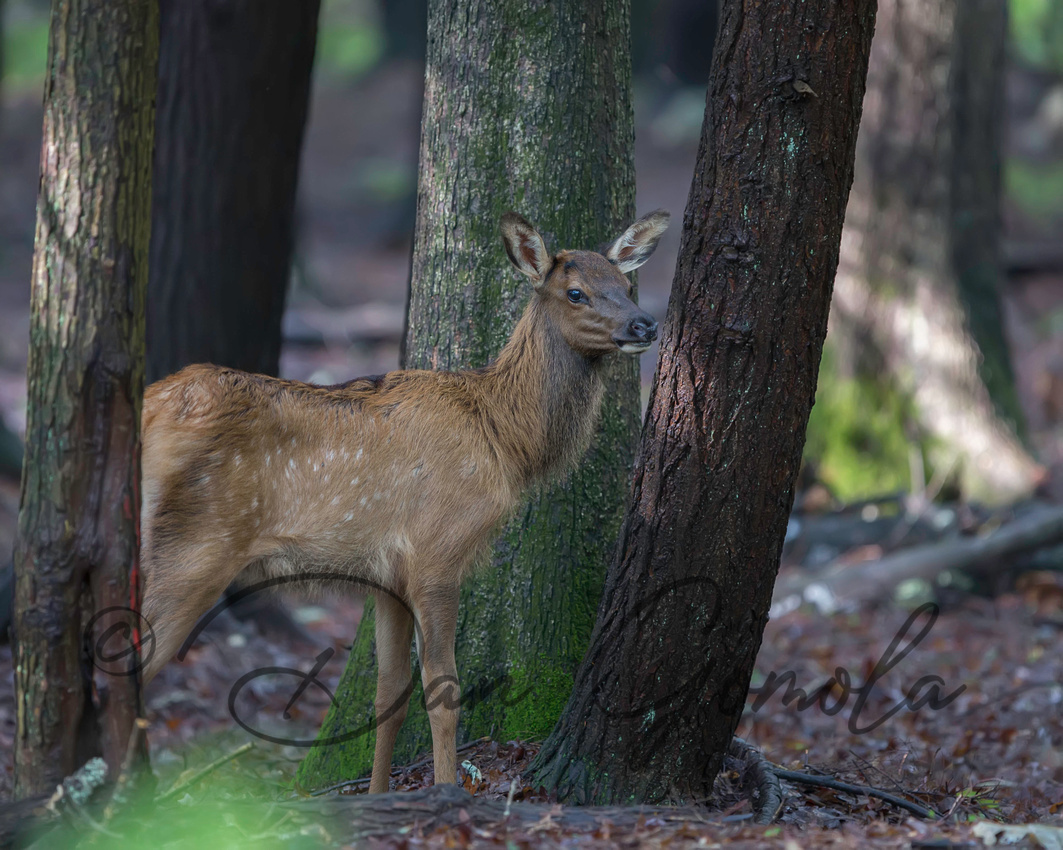 As we drove through the forest, I kept my eyes open for any wildlife encounters.  I spotted this Red-tailed Hawk high in an oak tree. 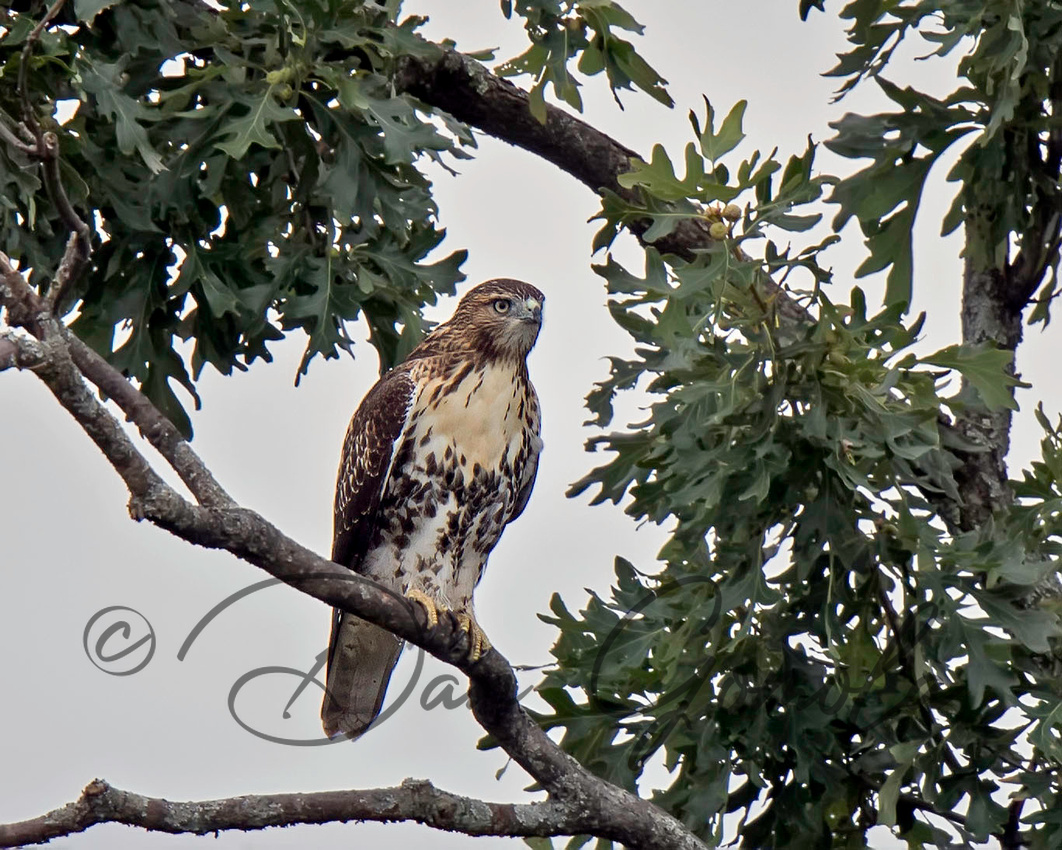 A fawn and its mother exited the woods into a weedy meadow.  Below is the fawn as it shows itself outside of the high grasses. 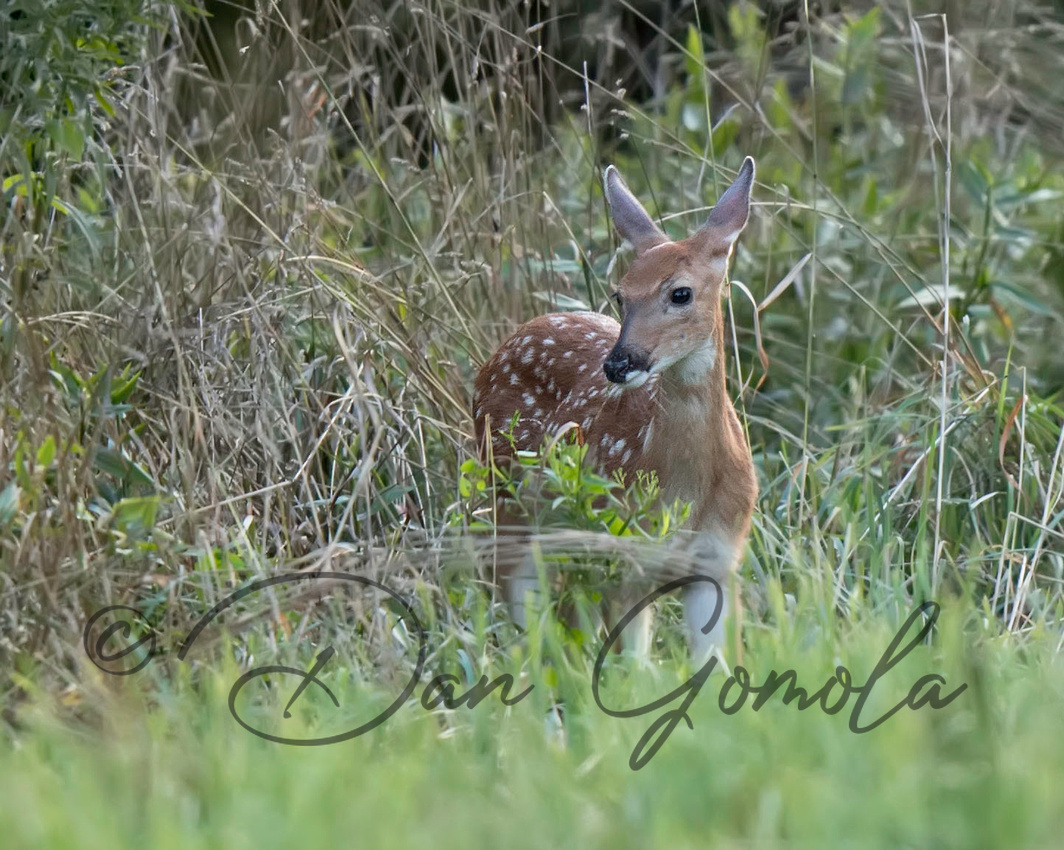 Mom was prancing through but keeping an eye on our vehicle. 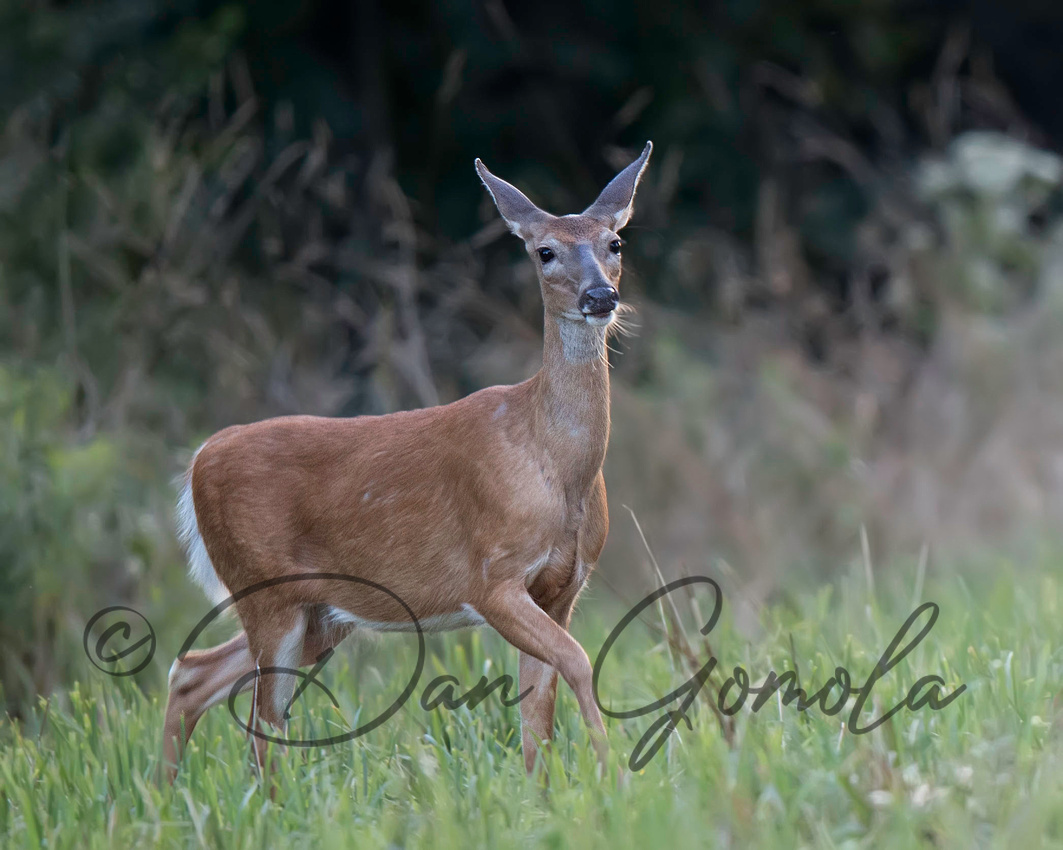 As we passed by another open meadow, I slowed down in case there was an elk.  Instead, I found this Red-tailed Hawk watching the meadow for rodents or small birds. 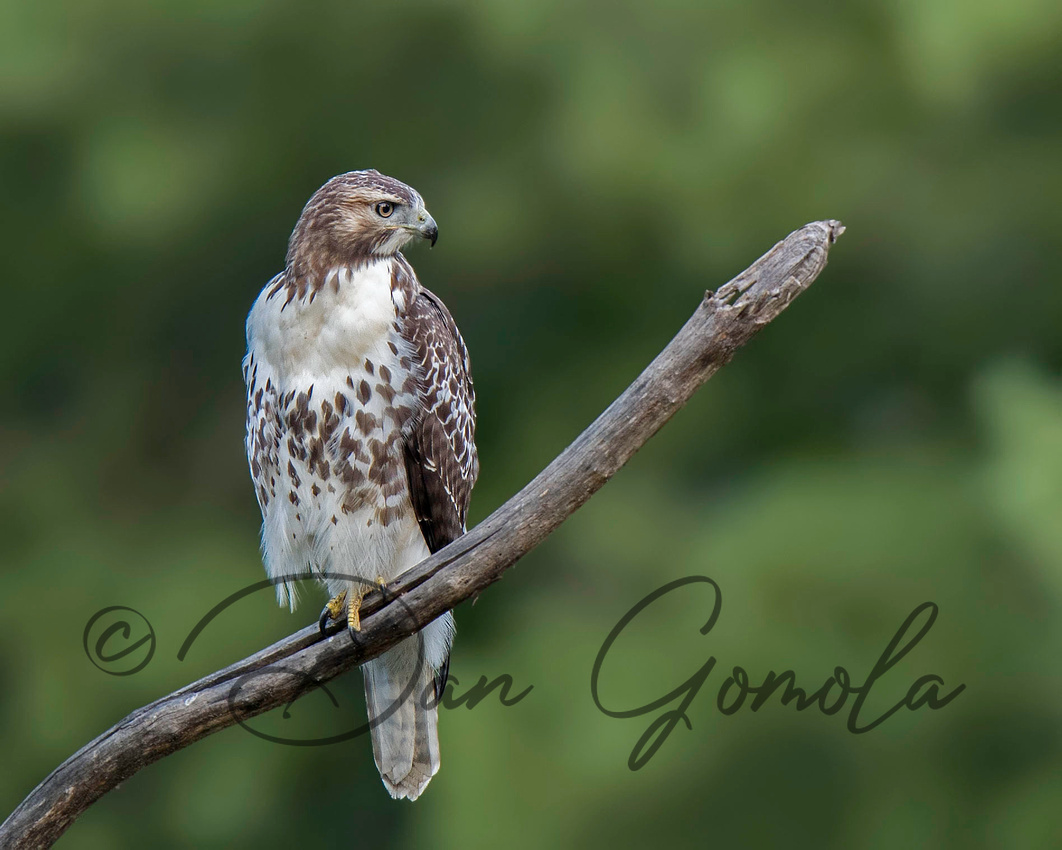 American Kestrels are the smallest and most common falcon in North America and they have given me fits over the years.  They are a difficult bird to photograph because they seldom sit still and when approached, they tend to fly far enough away to take away the photo opportunity.  However, on this day we met a generous male that sat on top of this telephone pole for his portrait to be made. 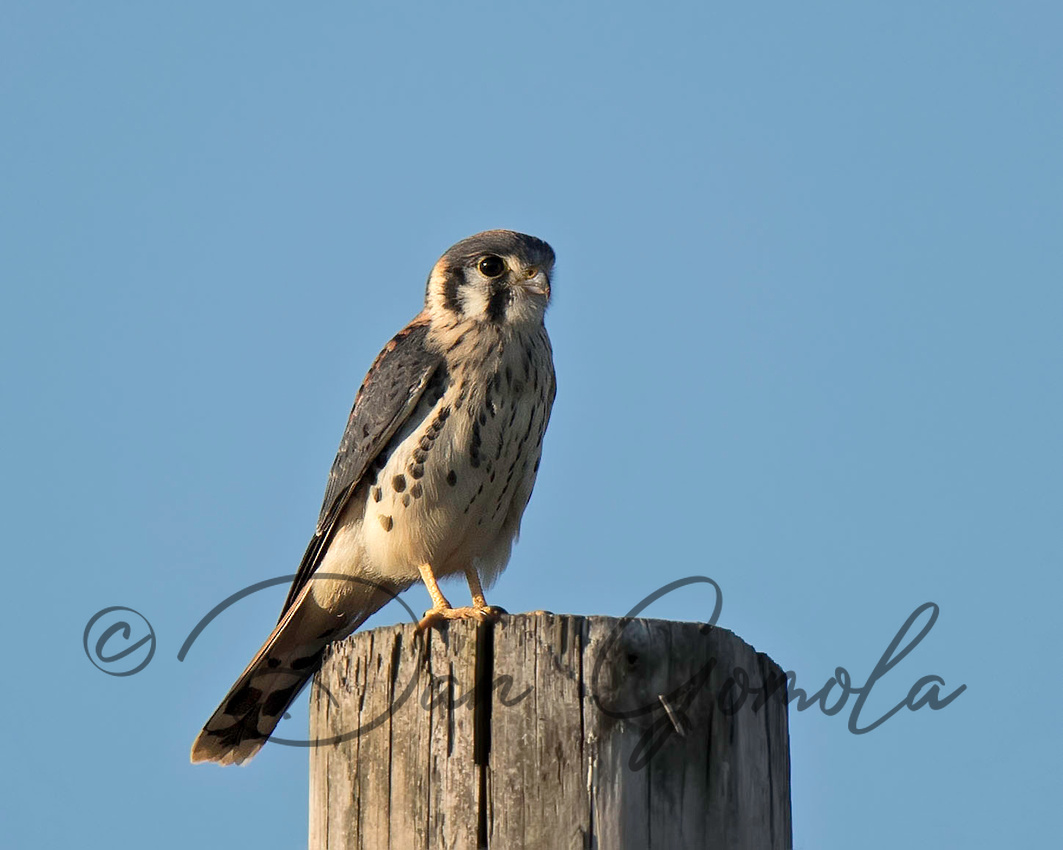 Sue Stear(non-registered)
Great "professional " pictures. Once again you came through with great pictures. Keep up the good work and we'll keep looking.
Kevin Kuntz(non-registered)
You've done it again Dan. This blog is one of my favorites!
Marianne and Ernie(non-registered)
Dan, these pictures are great. you are able to catch them at the right moments. i could never pick a favorite one because they are all fantastic.
Waukera Burkey(non-registered)
I love ur photos. Wish I knew the area like u do. I love wildlife and taken photos like my dad did when I was little. Would u be able to tell me areas of where they may be at .
Coy Hill(non-registered)
I enjoyed your Elk Country trip. You always manage to capture some incredible images. The kestrel shot is to die for!
No comments posted.
Loading...
Subscribe
RSS
Recent Posts
Great Smoky Mountains 2022 Sometimes, I Like To Shoot Video For the Love of Whitetails Owl Encounters of Early 2021 Pennsylvania Magazine - Meet the Missus 2021 Elk Pre-Rut and Rut Encounters Great Smoky Mountains: My Cades Cove Experience (2021) - Part Three Great Smoky Mountains: My Cades Cove Experience (2021) - Part Two Great Smoky Mountains: My Cades Cove Experience (2021) - Part One Sandhill Crane: New Life in a Western Pennsylvania Wetland
Keywords
white-tailed deer Bald Eagle American Elk Benezette Common Yellowthroat Lake Arthur Moraine Great Blue Heron Wood Duck Wild Turkey
Archive
January February March April May June July August September October November December
©Dan Gomola
Powered by ZENFOLIO User Agreement
Cancel
Continue