I woke up better rested on this Sunday morning.  It was a little chilly again but at least the sun was shining.  After packing the vehicle to go home, Elena and I bid Farewell to our Oregon, Ohio family and I apologized for not spending much time with them.  Of course, they understand that when we visit in May, they usually don't know I'm there until evening.

Elena and I arrived at the entrance to Magee Marsh about 8:00 this morning and planned to begin our drive home right around lunch time.  Okay, that gives me four hours.  Let's go!

There is approximately a 1 mile drive from Route 2 to the parking lots of Magee Marsh.  Along that route, you pass through some woods, shrubby areas, canals, lakes and finally, marshland.  I spotted this Green Heron standing on a log in one of the canals so I pulled over and photographed it out of the vehicle window. 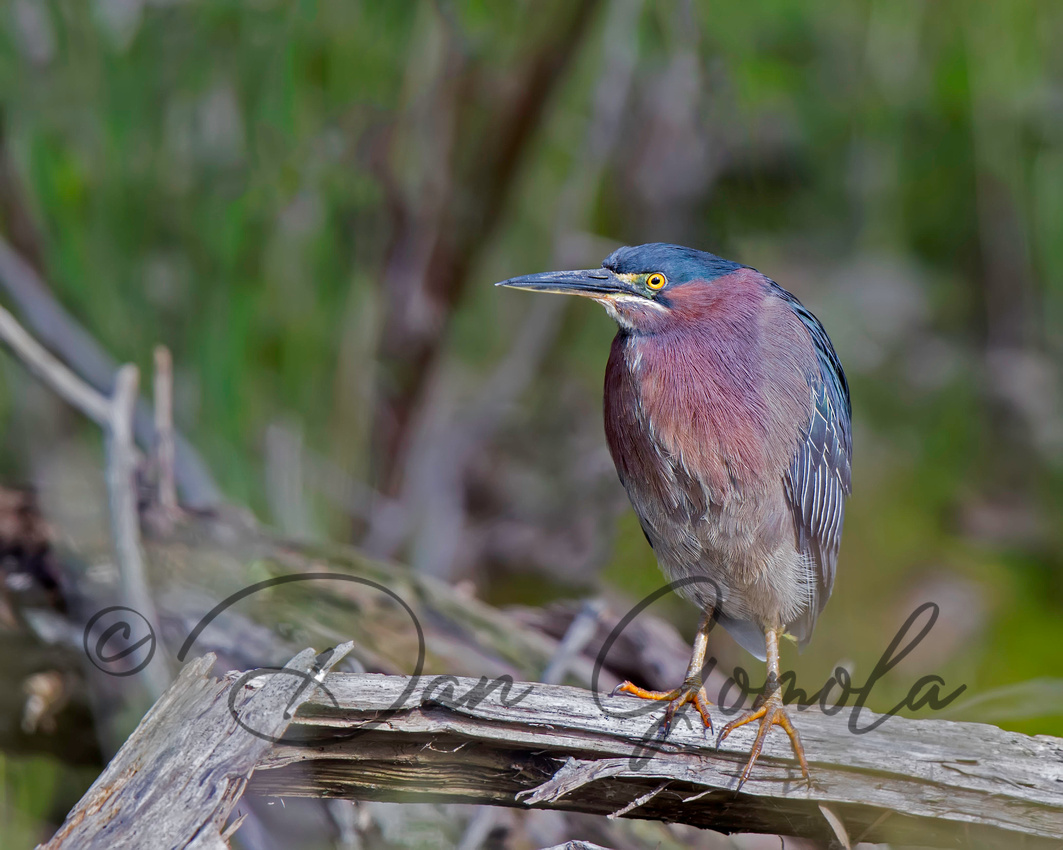 Continuing down the road past the lakes, we saw a lone Double-crested Cormorant.  They are a skittish bird and I barely got my lens out the window and it was already getting the heck outta there. We made it all the way back to a fairly empty parking lot.  It's Sunday so most of the campers and vacationers are on their way home.  Locals are probably in church so that left the boardwalk wide open.  One of the first birds we saw was a Red-eyed Vireo.

Deep shadows tend to darken and camouflage the colors of birds but you can still see the red eye of this Red-eyed Vireo. 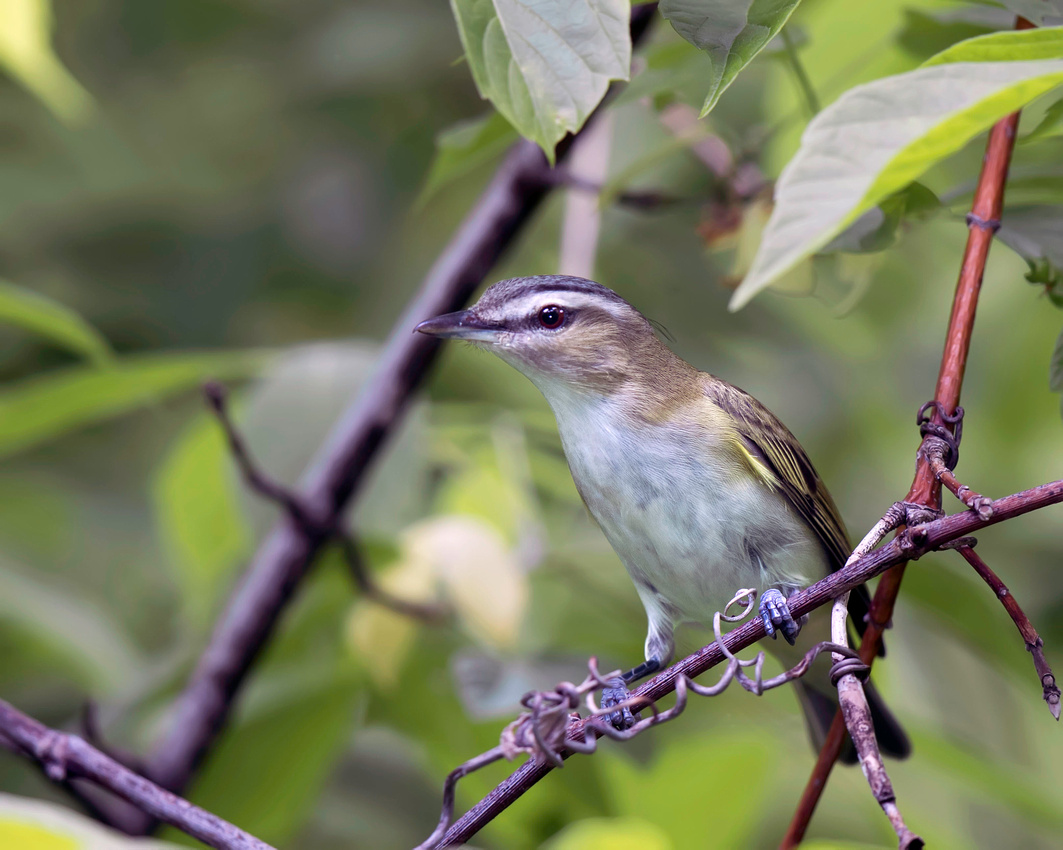 Many of the species I saw the last couple days were gone but a few other species showed up.  I'm glad I was able to be here during a weather event that caused migration movement.  When I realized it was different this day, I began to look hard at all the little birds I saw.  The next photo is a male Cape May Warbler.  A man named Alexander Wilson first described this bird in Cape May, New Jersey.  After that first time, Cape May Warblers were not recorded in Cape May for more than 100 years. 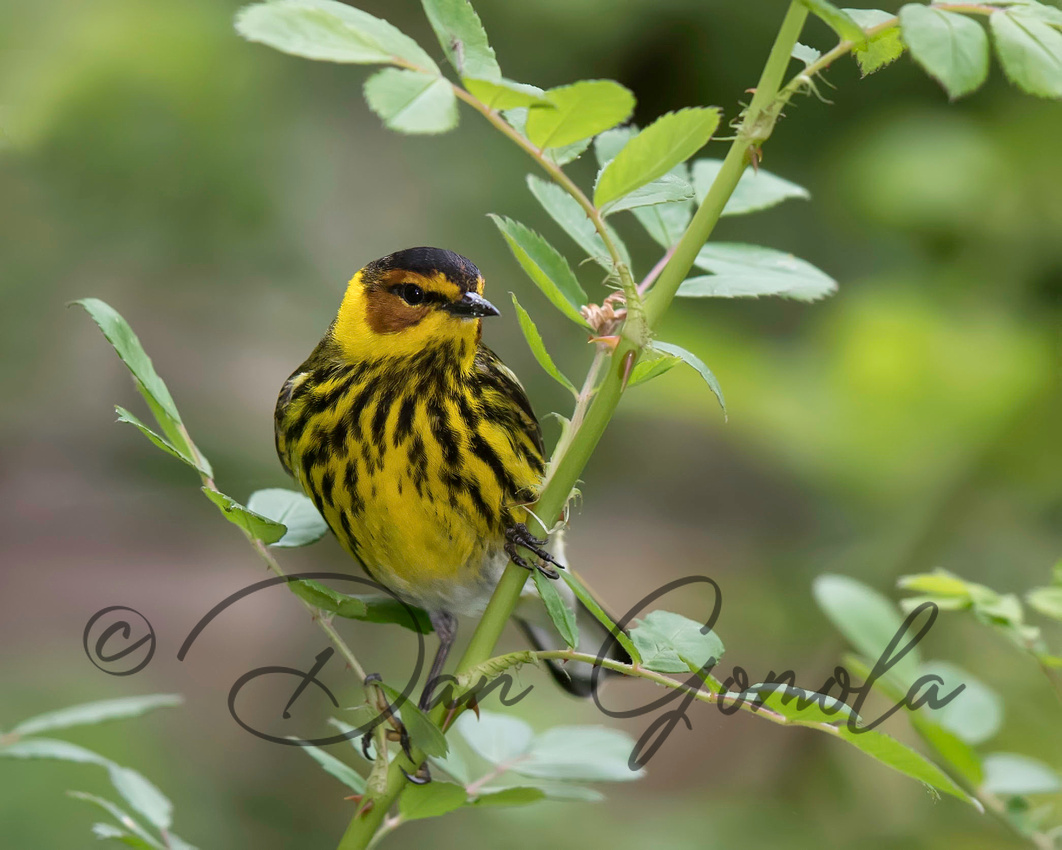 I see a lot of Yellow-rumped Warblers but when the opportunity arises, I like to try to improve on my portraits. 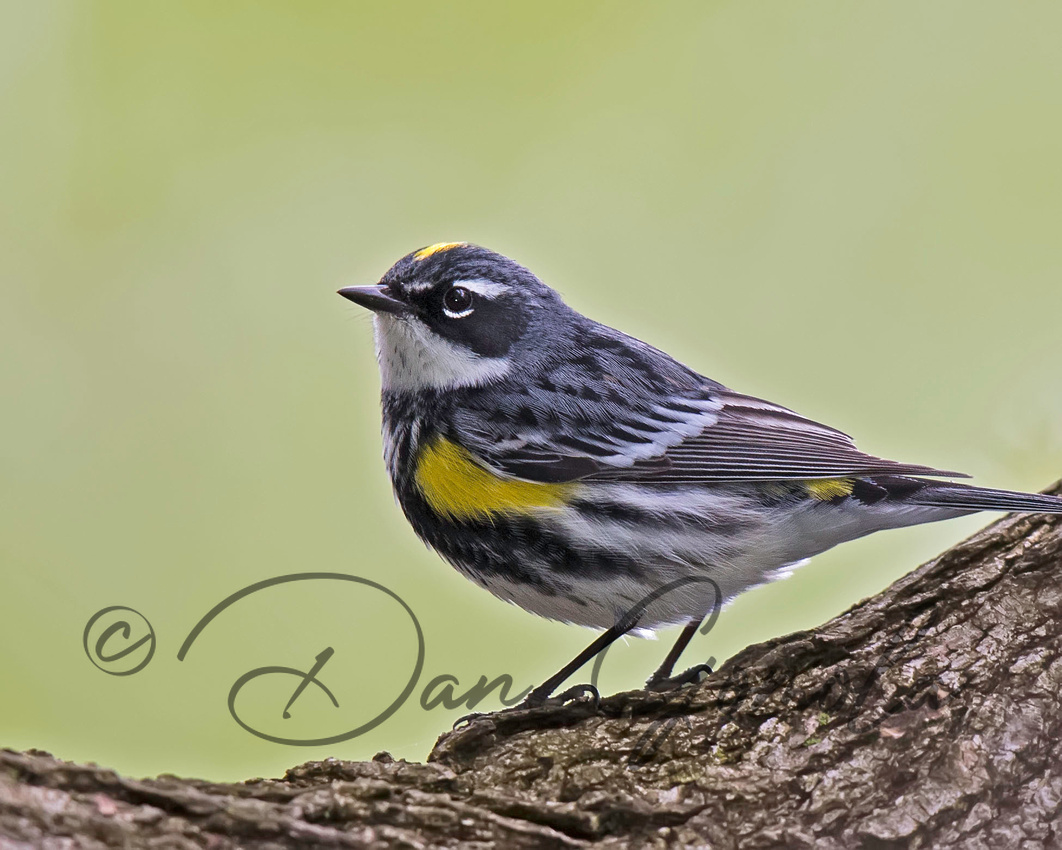 The running joke around the Magee Marsh Boardwalk is people leave in the evening with "Warbler Neck", referring to the pain in the neck you have from looking up all day.  However, not everything is in the trees.  There are a lot of American Woodcock in northern Ohio.  I happened to find one of them. 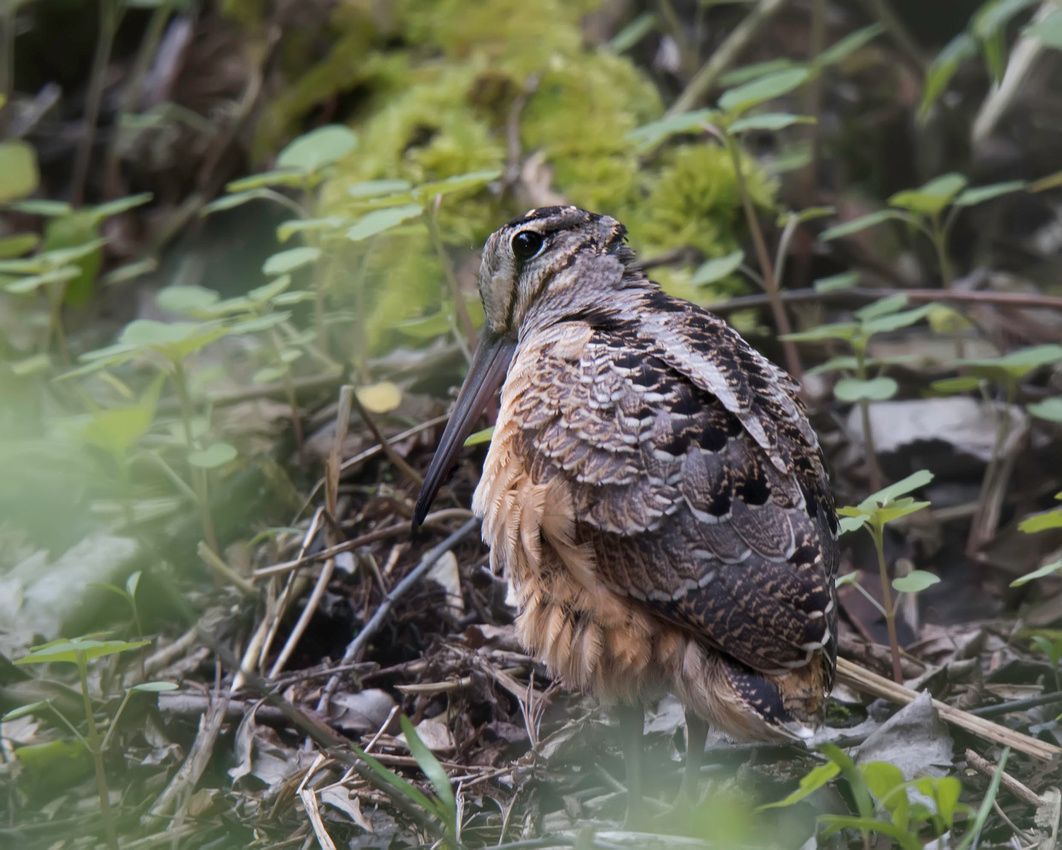 Since it wasn't very busy on the boardwalk this Sunday morning, I was able to have some quiet time with the woodcock to shoot some video.  This video shows the interesting way a woodcock probes the soft ground for food.  Click the icon in the center to watch the video. American Woodcock

One of my all-time favorite warblers to photograph is the Blackburnian Warbler.  It is the only warbler with an orange throat.  Most of the time these guys stay high in the trees, only giving us one viewpoint, the birds rump.  I normally don't shoot rumps.  Maybe it was the weather but we found a couple Blackburnian Warblers feeding low in the trees.

Just when I said I don't shoot birds' rumps, what do I do?  I shoot the birds rump.  This pose was too cute to pass up. 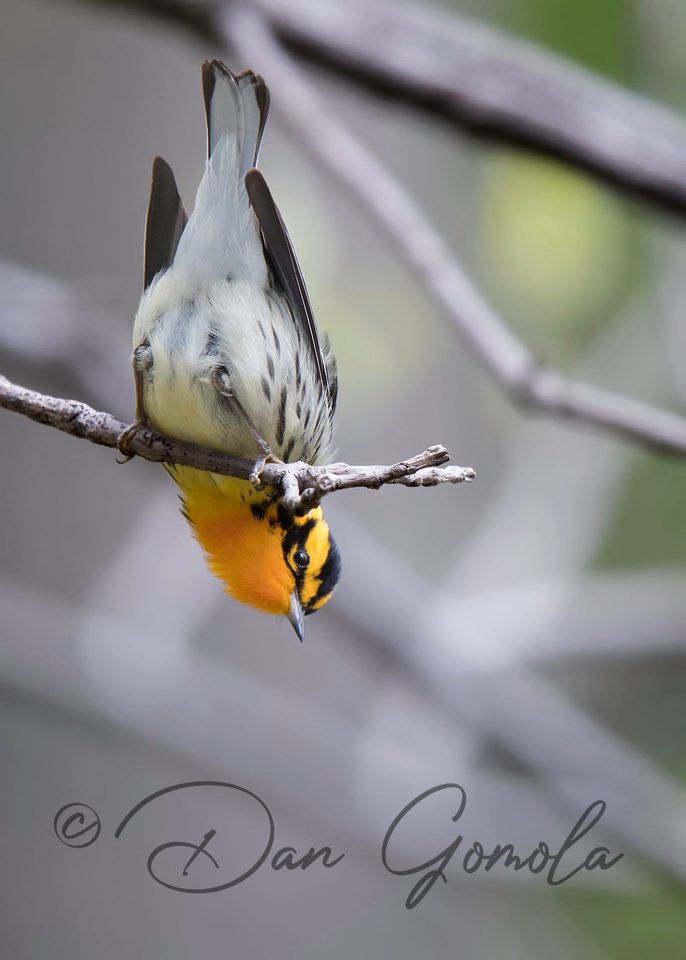 The Blackburnian Warbler is breathtaking in its black & orange breeding plumage. 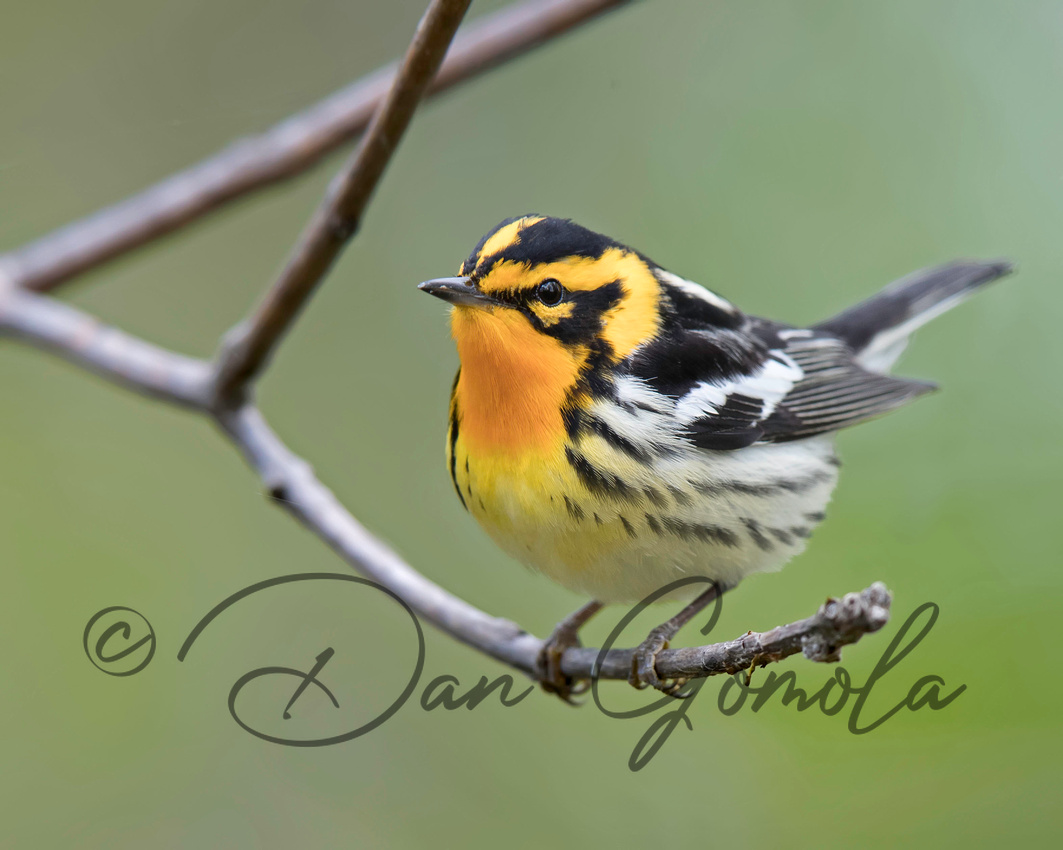 Another of my favorite birds is the Northern Parula.  The birds were being especially friendly on this day. 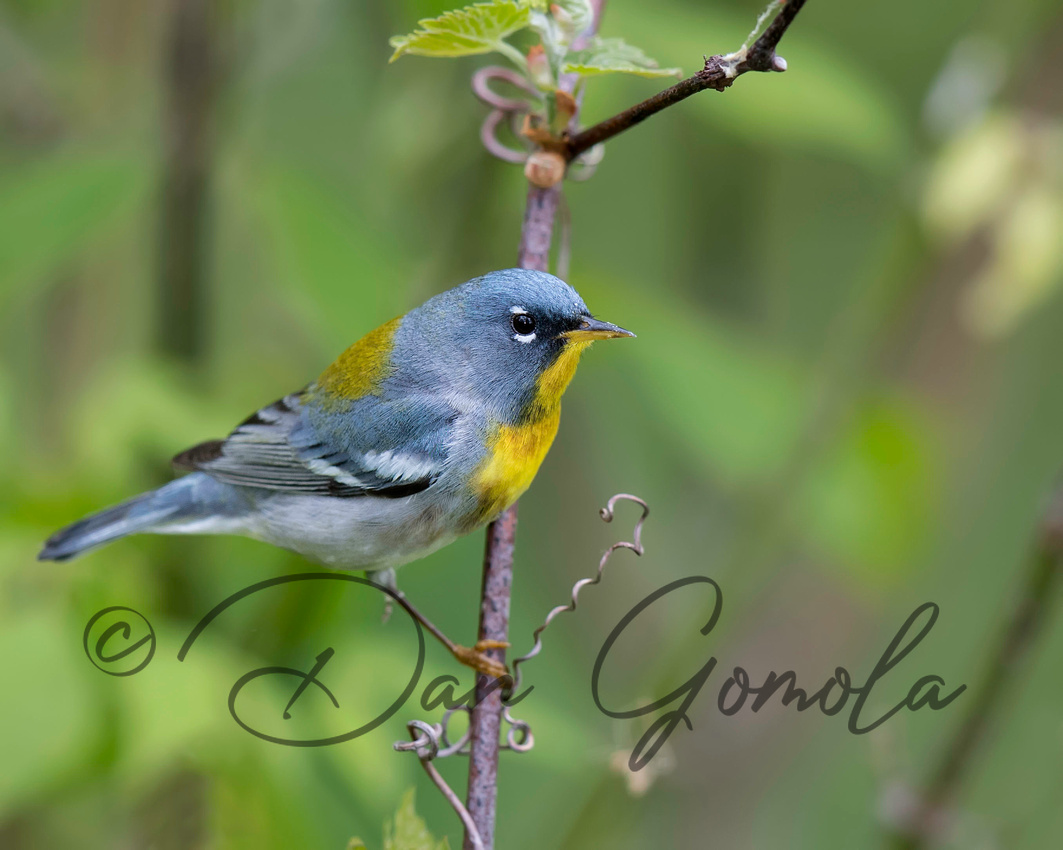 I spent about an hour waiting for a Chestnut-sided Warbler to come to a nice open branch for a portrait.  These guys kept going behind leaves, down low in the shrubs, high in the canopy, and sometimes they came so close my camera wouldn't focus.  I finally got a nice series and I forced myself to move on. 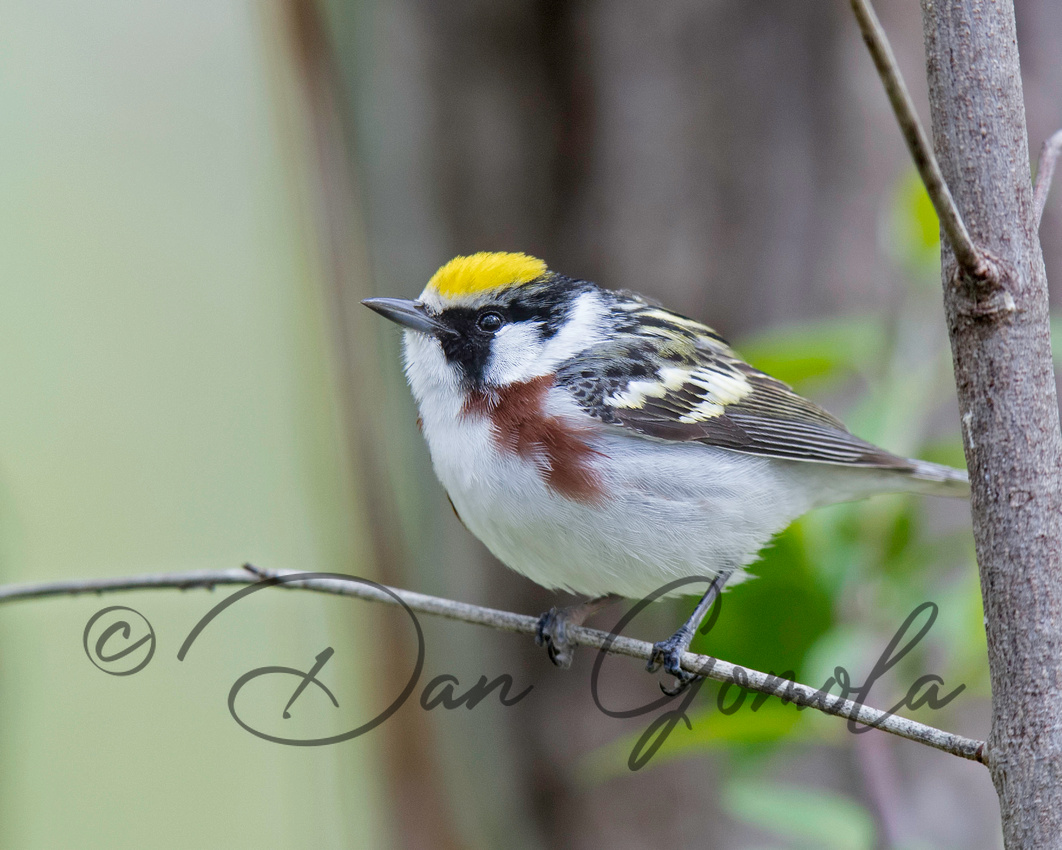 Of all the thrushes I believe I see the Gray-cheeked Thrush the least.  They are known to be a shy, dweller of the underbrush, and is infrequently seen. 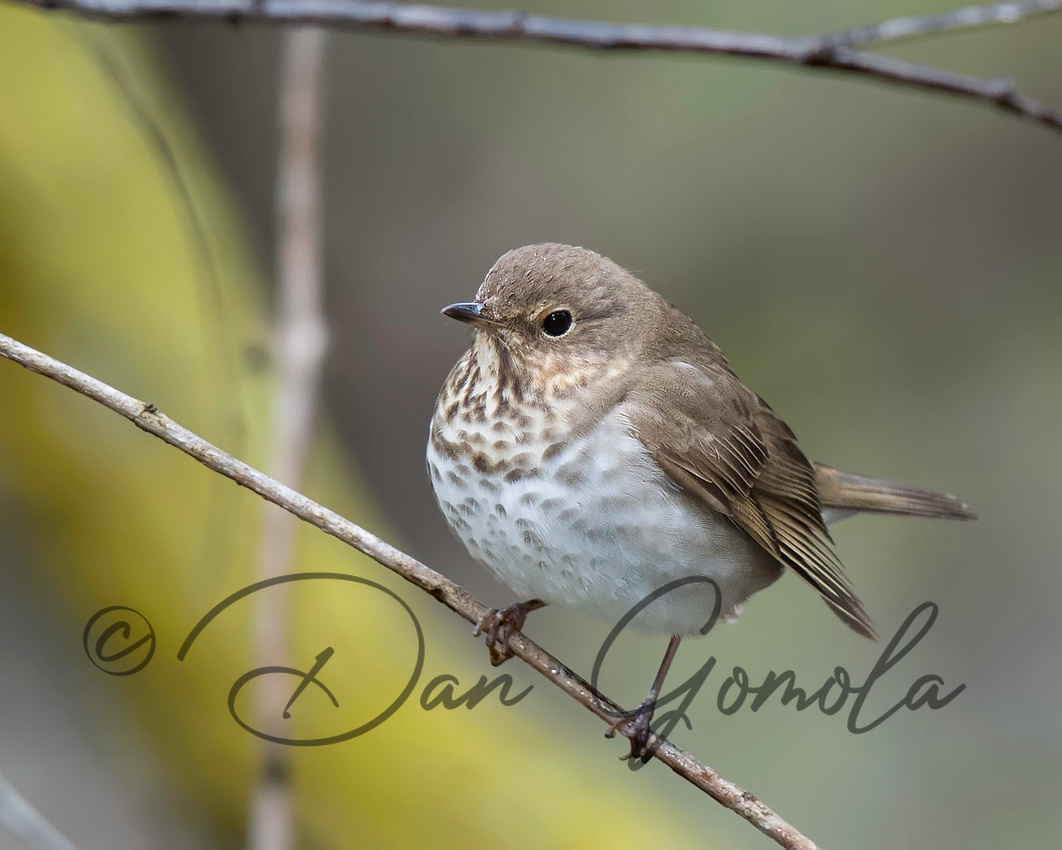 Unlike the Gray-cheeked Thrush, the Hermit Thrush is found mostly in the understories of far northern forests in summer and is a frequent winter resident across much of the country.  They find their food by rummaging through leaf litter on the forest floor.

I was standing with a group of people, who I did not know, watching for this Hermit Thrush to show itself.  It was deep in the brush, behind leaves, and just wasn't coming out.  We didn't know yet that it was a Hermit Thrush because we couldn't see it.  We only saw movement.  After waiting about 15 minutes, I think most of the people were giving up on it and began talking among themselves, leafing through their bird guides and telling stories of species they saw that day.  I think I was the only person focused on this birds movement.  All of a sudden it jumped onto this dead branch, counted one-thousand one, one-thousand two, and disappeared again.  Nobody but me saw it and I got the photo. What's the moral of this story?  Pay attention, you never know when you are going to see something at Magee Marsh. 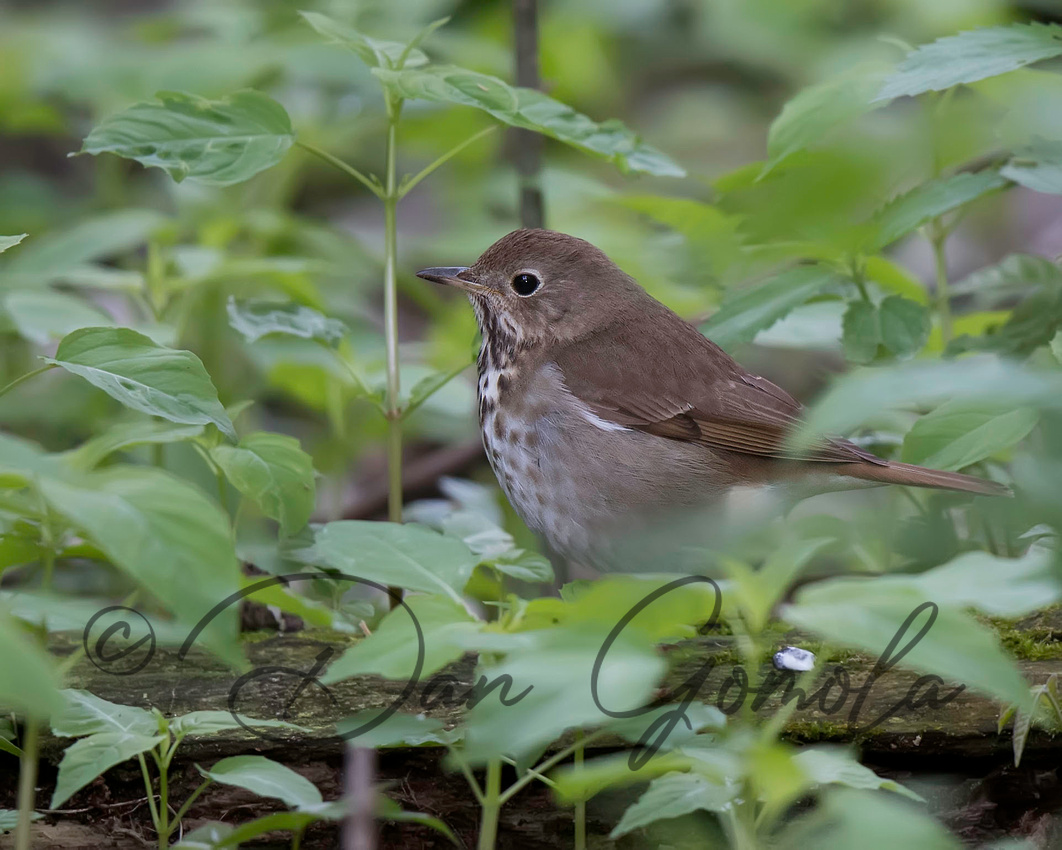 That concludes the story of our three day visit to northern Ohio's birding country.  I wanted this to be more than just a story of my three days photographing wildlife.  I wanted to show the wonderful little creatures that show up, in this region, each spring.  Some stay but most of them move on to territories farther north.  They don't seem to care you are there and it gives you a great opportunity to see some bird species for the first time.  Introduce your kids to birding and the fun of trying to identify a new species, or identify them by song.  You'll know they fell for it when they get excited to cross a bird off of their "life list".  And you know they will.

If you happened to find this blog post and missed the first two, you can find them at: