This is the second of a three part series on my spring songbird photographs.

One of my favorite sounds on a May, June, or July evening is the bubbly song of a nesting House Wren.  I have several species of birds occupying nest boxes around my property but, one in particular, attracts a pair of House Wrens every year.  Below is the male, in a classic wren pose, perched on the soft, new growth of a nearby Blue Spruce. 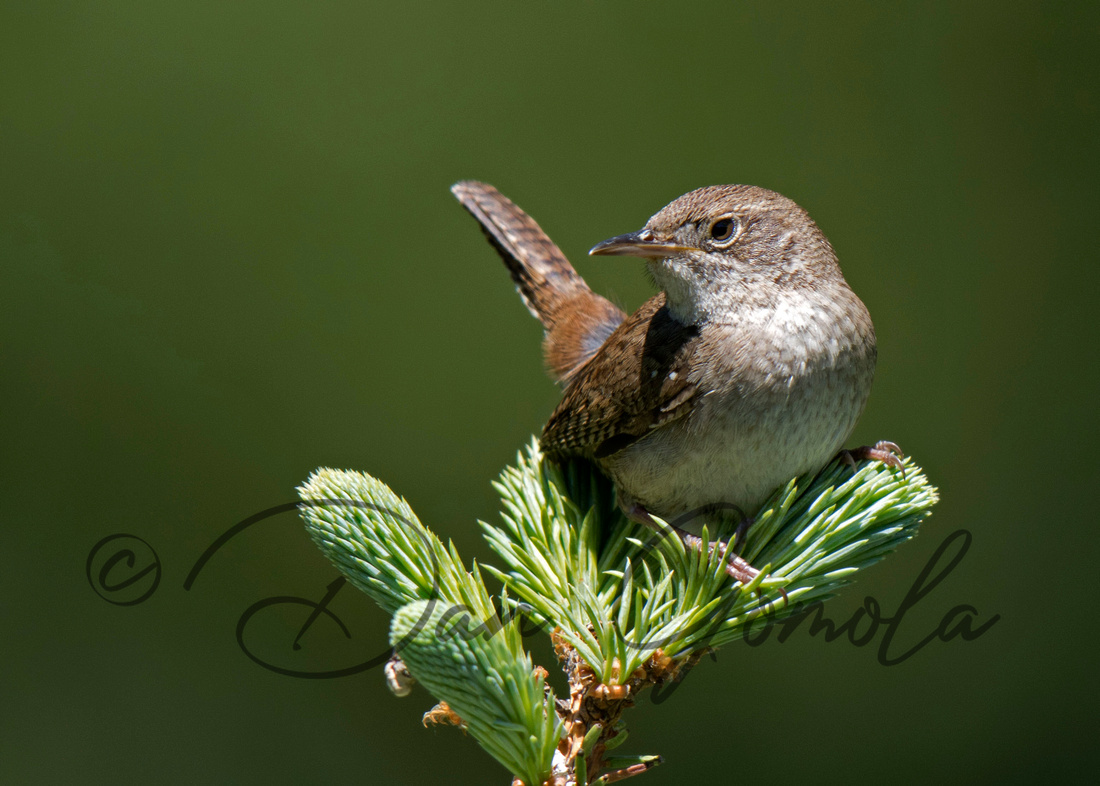 The female, although quieter than the male, is ever present in search of food. 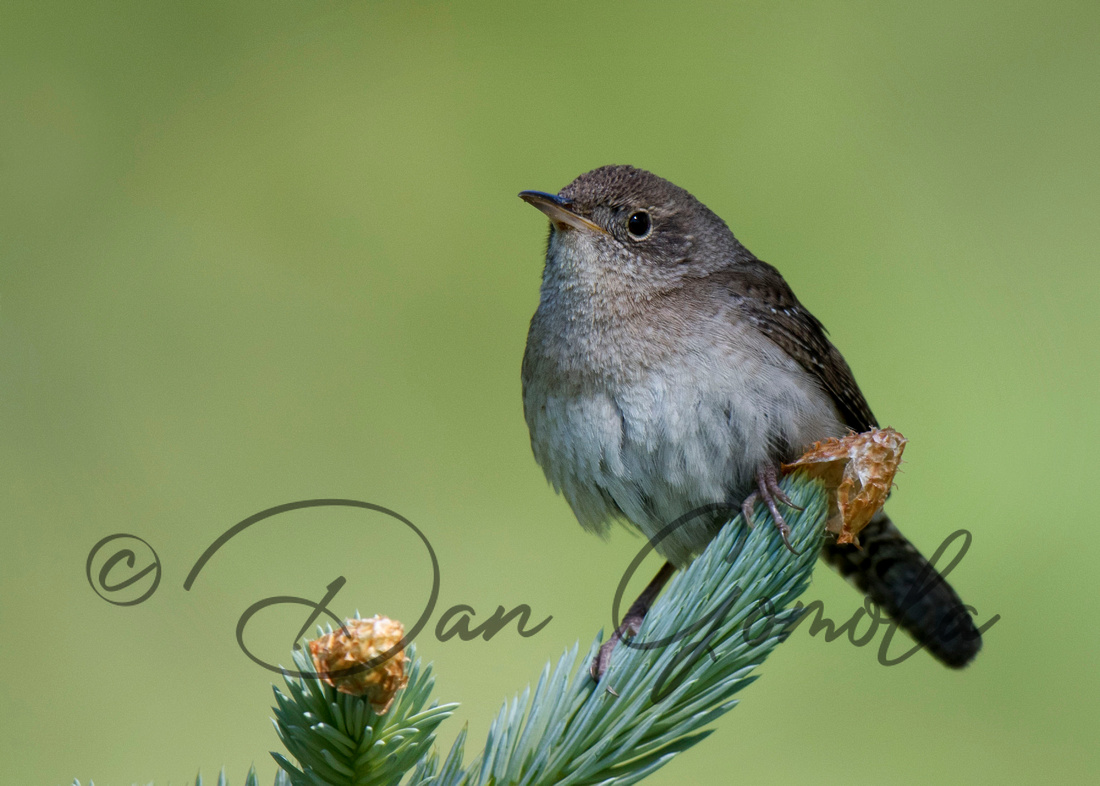 "The name of the species was coined in 1810 by Alexander Wilson, who collected a specimen from a magnolia tree in Mississippi. He actually used the English name "Black-and-yellow Warbler" and used "magnolia" for the Latin species name, which became the common name over time." 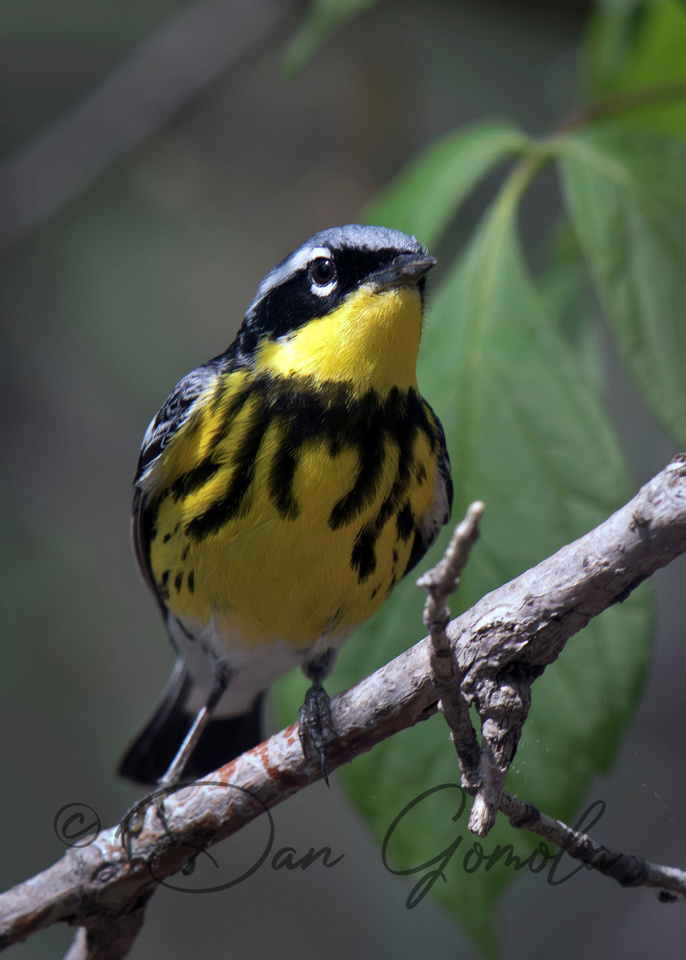 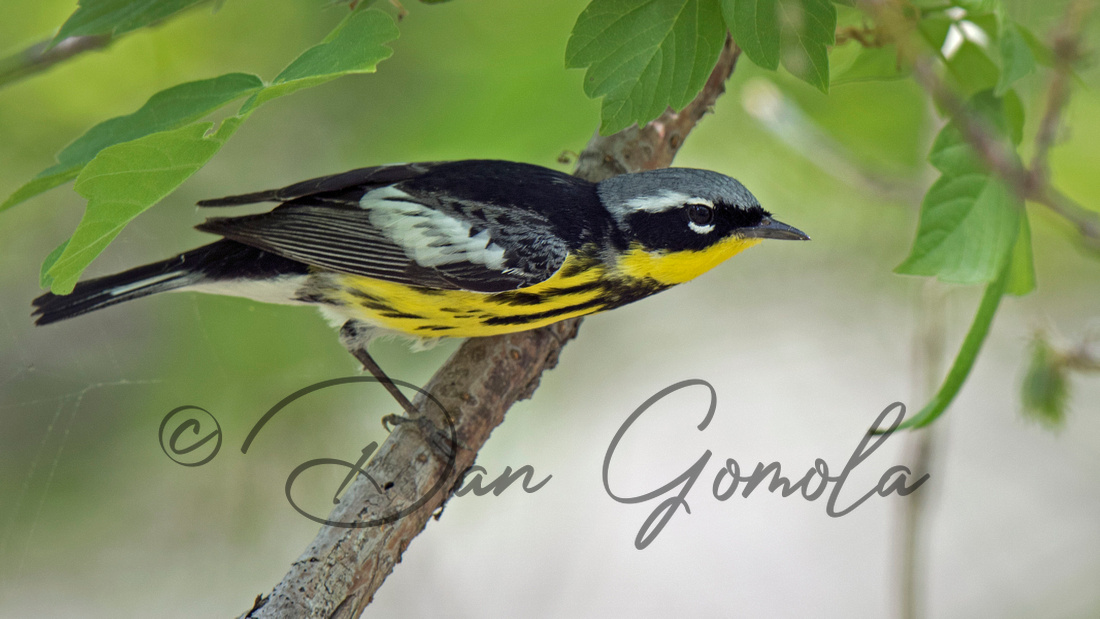 Okay, I know, the Northern Flicker is not a songbird.  I'm sneaking it in anyway.  I saw a pair of flicker's in the meadow I was watching and this male (indicated by the black mustache, known as the malar) flew down on an ant hill, one of his favorite treats. 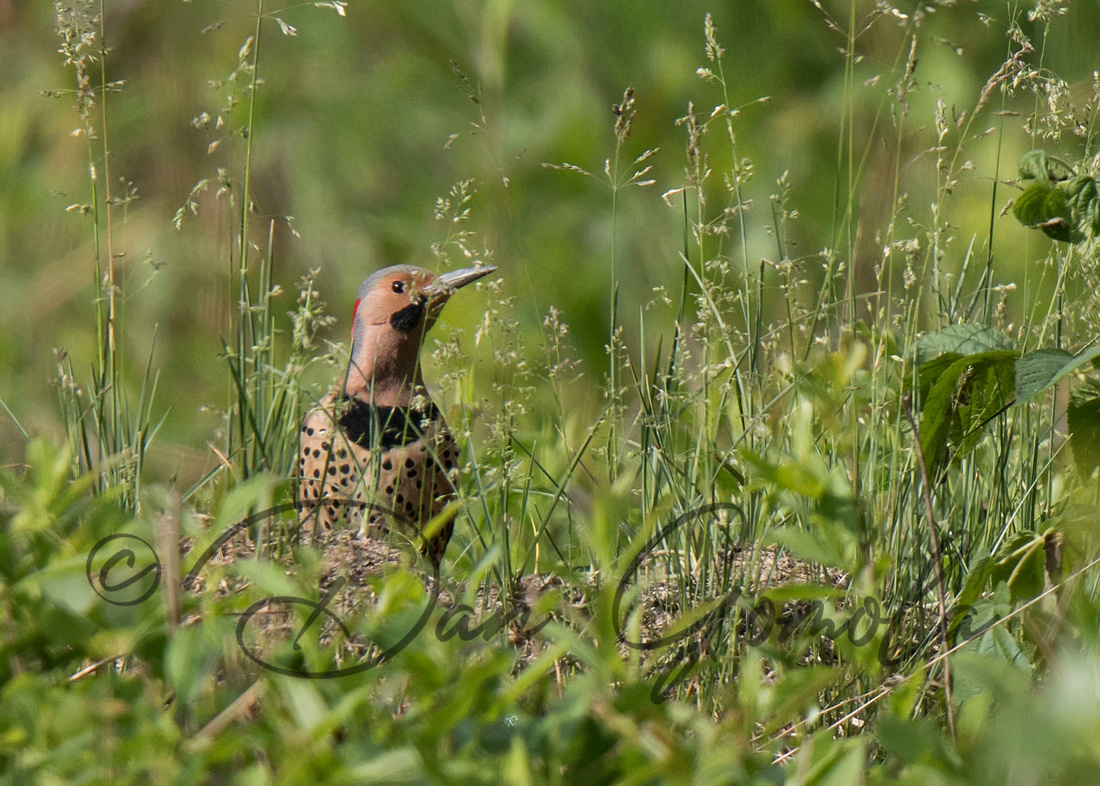 After picking at ants for a few minutes, he flew to a nearby tree before flying out of range.  The female never came close enough for a photograph. 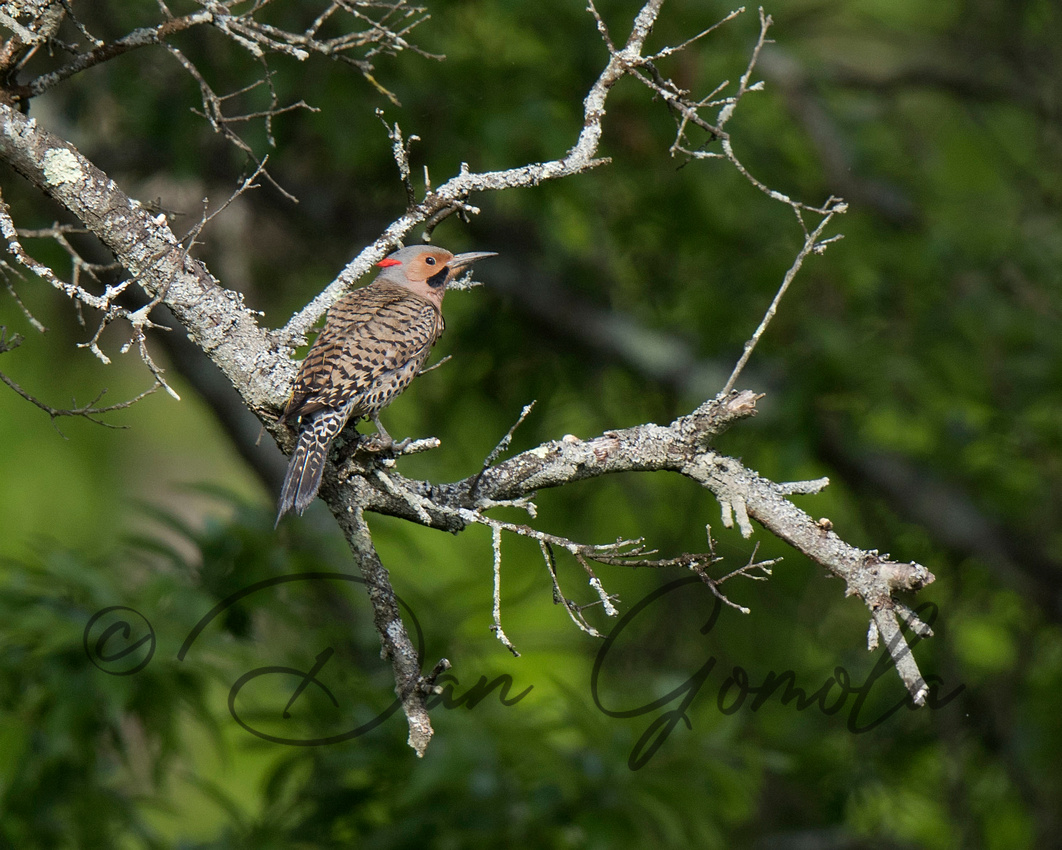 The Northern Parula is a small warbler generally found in the upper canopies of trees.  So, patience is really important when photographing these birds.  Sometimes, you need to wait a long time for them to follow the insects into the lower branches.  The Northern Parula in the image below is a female. 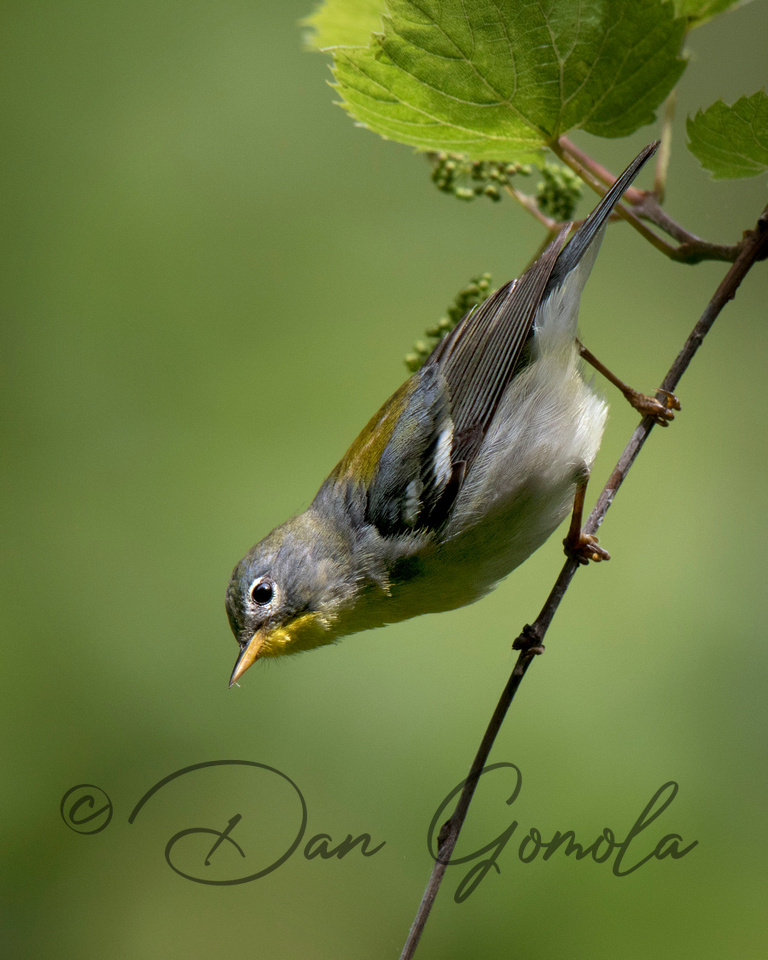 The Palm Warbler winters in the southern United States and Caribbean but breeds in northern Canada.  That's quite a trip!  The next two photos are of male Palm Warblers. 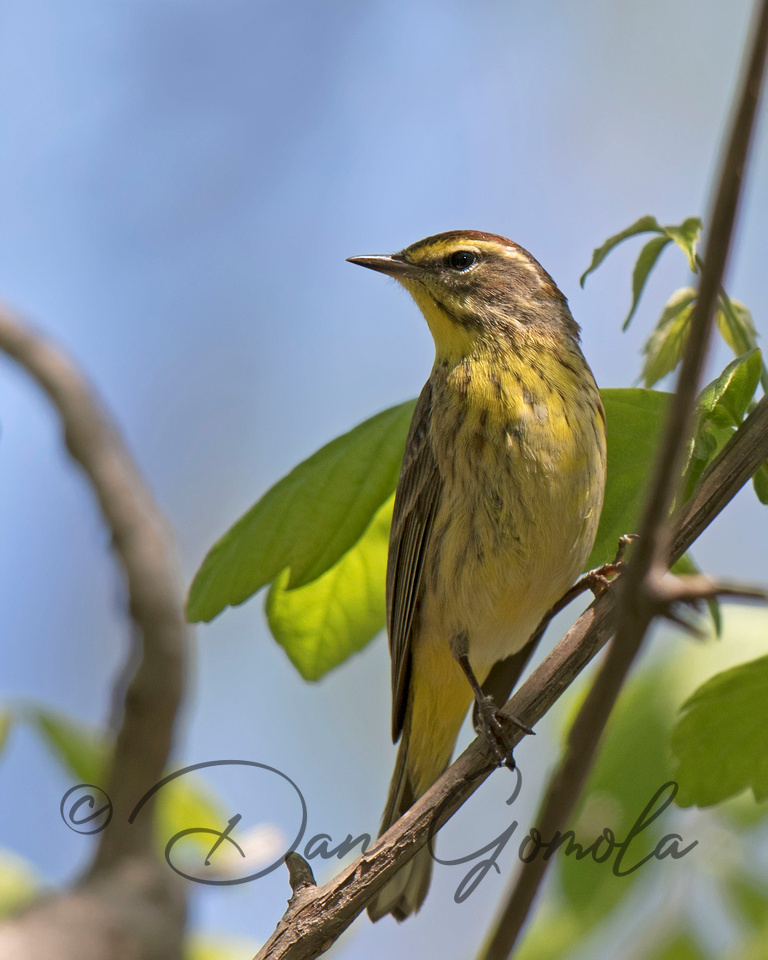 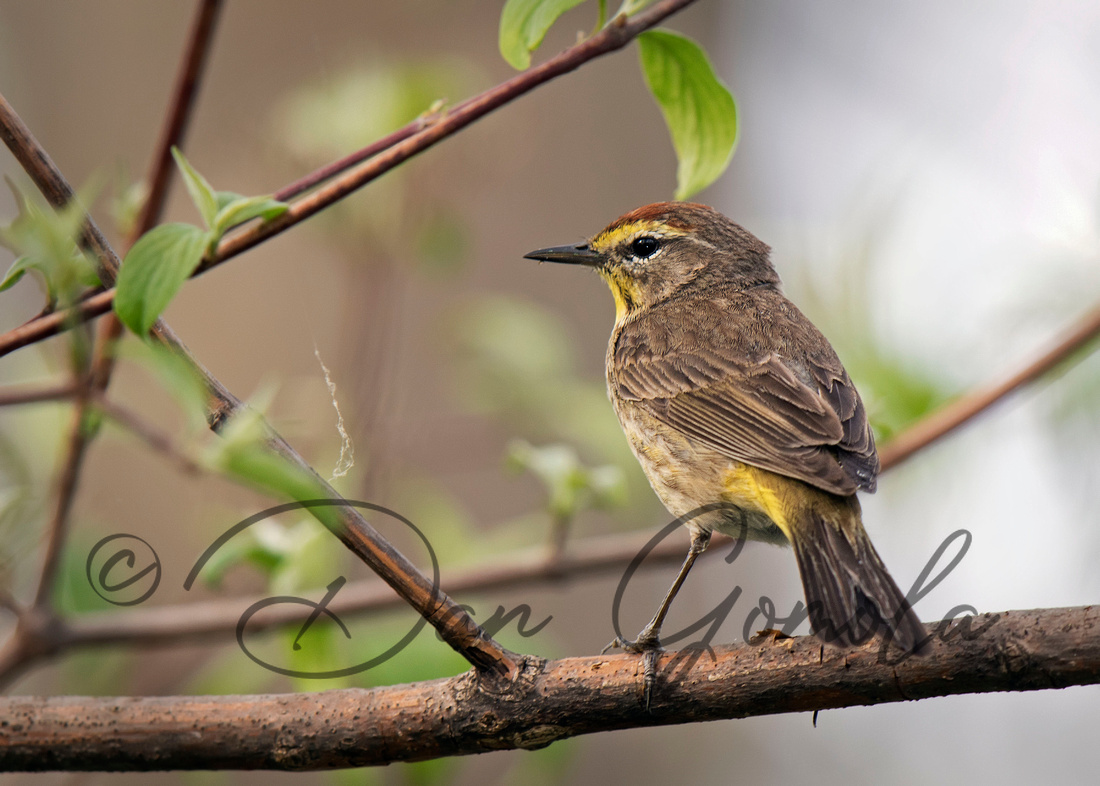 One of the most brilliant yellow-orange birds returning north is the Prothonotary Warbler.  Do you wonder how it ever got a name like that?  Well, the name "Prothonotary" refers to clerks in the Roman Catholic church, whose robes were bright yellow.

This male Prothonotary Warbler was singing in a nesting tree.  It looks like he was busy searching for food in the wet leaves. 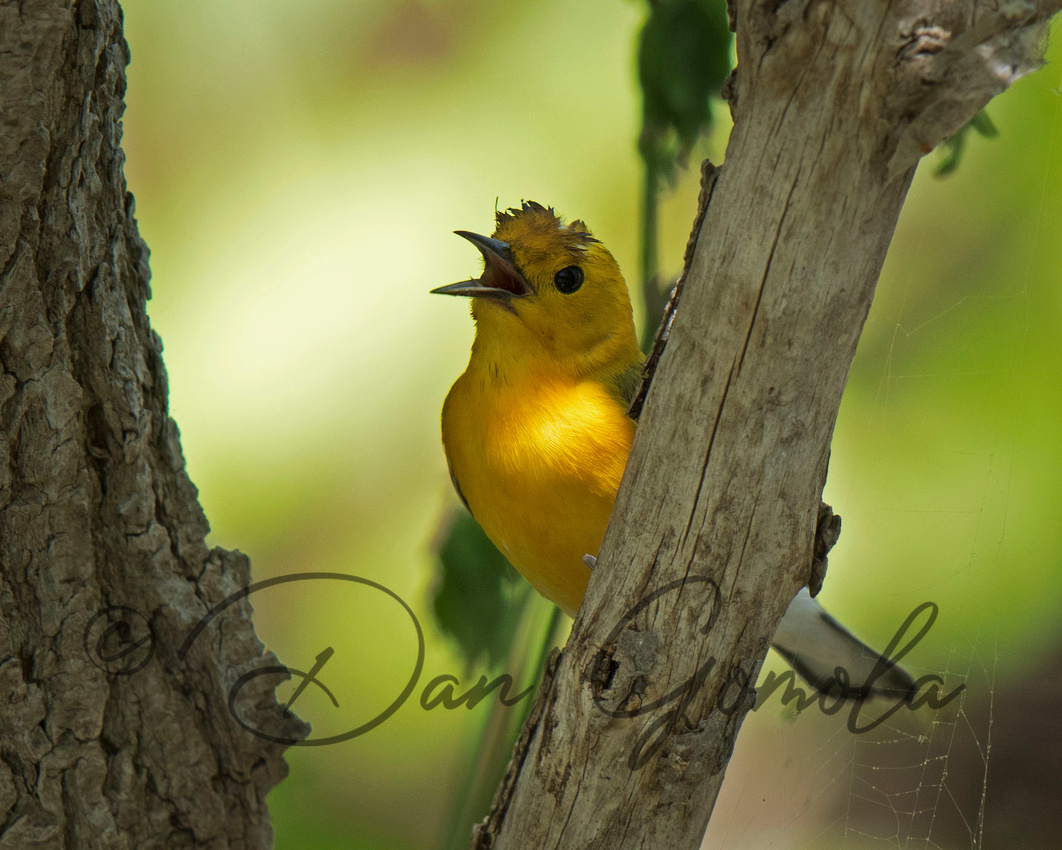 Feeling at home amongst the spider webs. 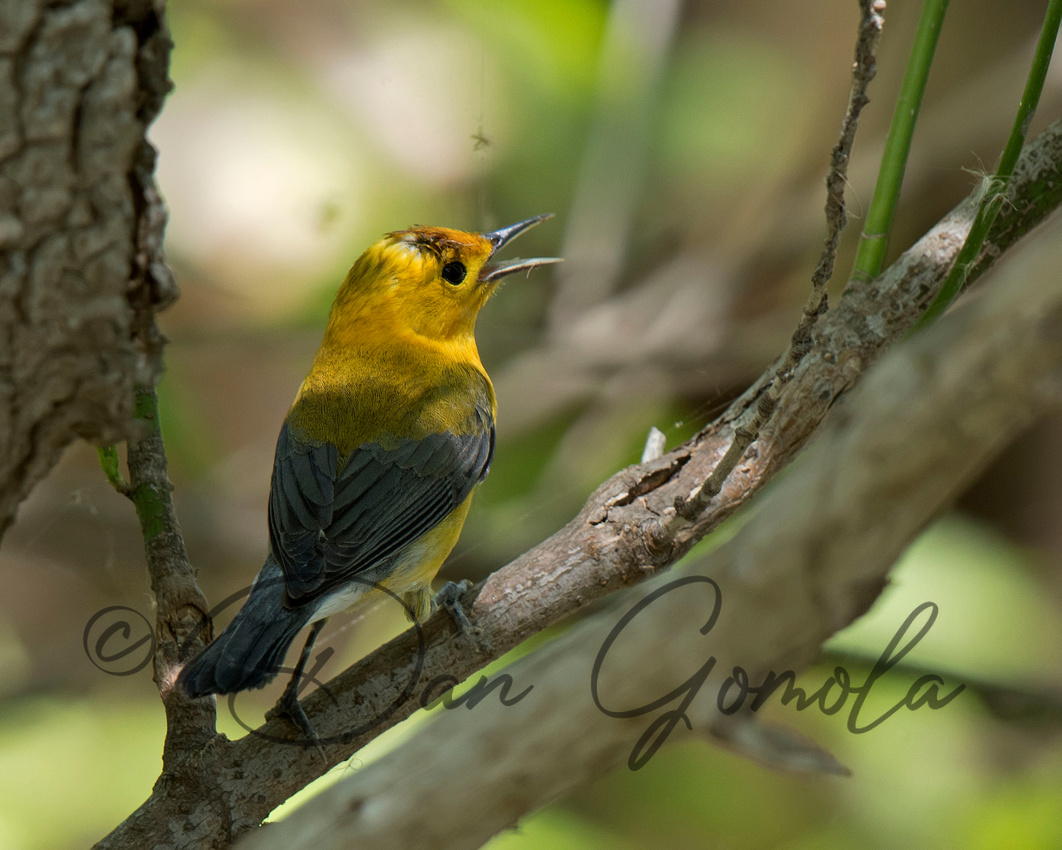 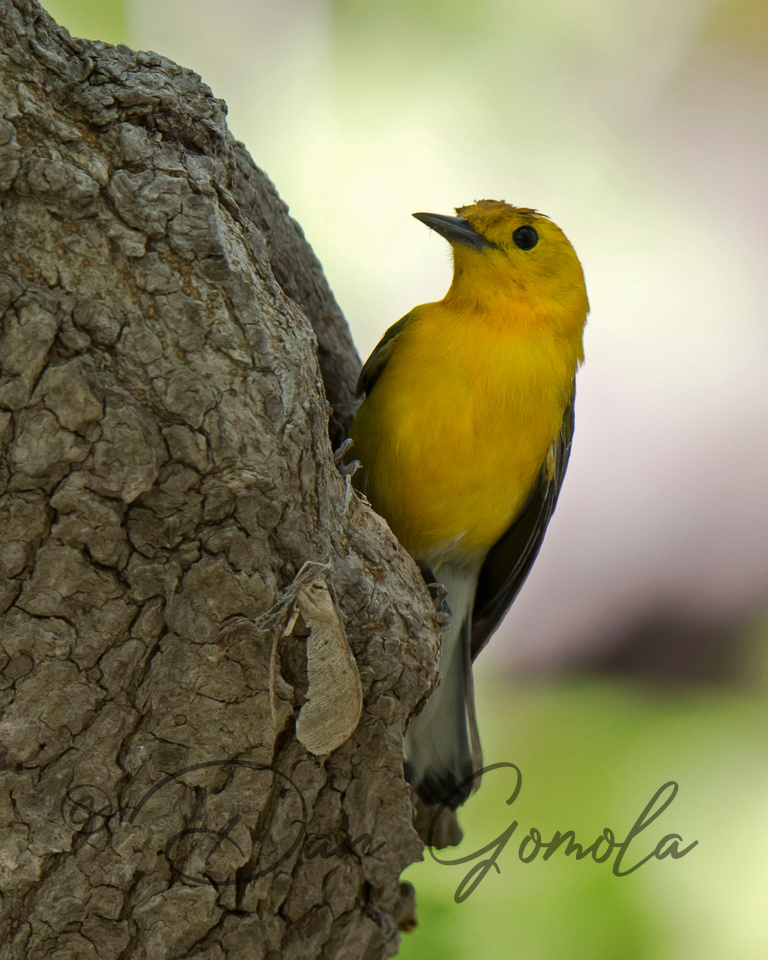 One of the most common summer residents of our eastern forests, the Red-eyed Vireo, is a very prolific singer.  A single male may sing up to 30 or more different songs.  Over 12,500 different song types have been recorded.

Cool fact: Red-eyed Vireo's are born with a brown iris.  The red color doesn't develop until the end of the bird's first winter. 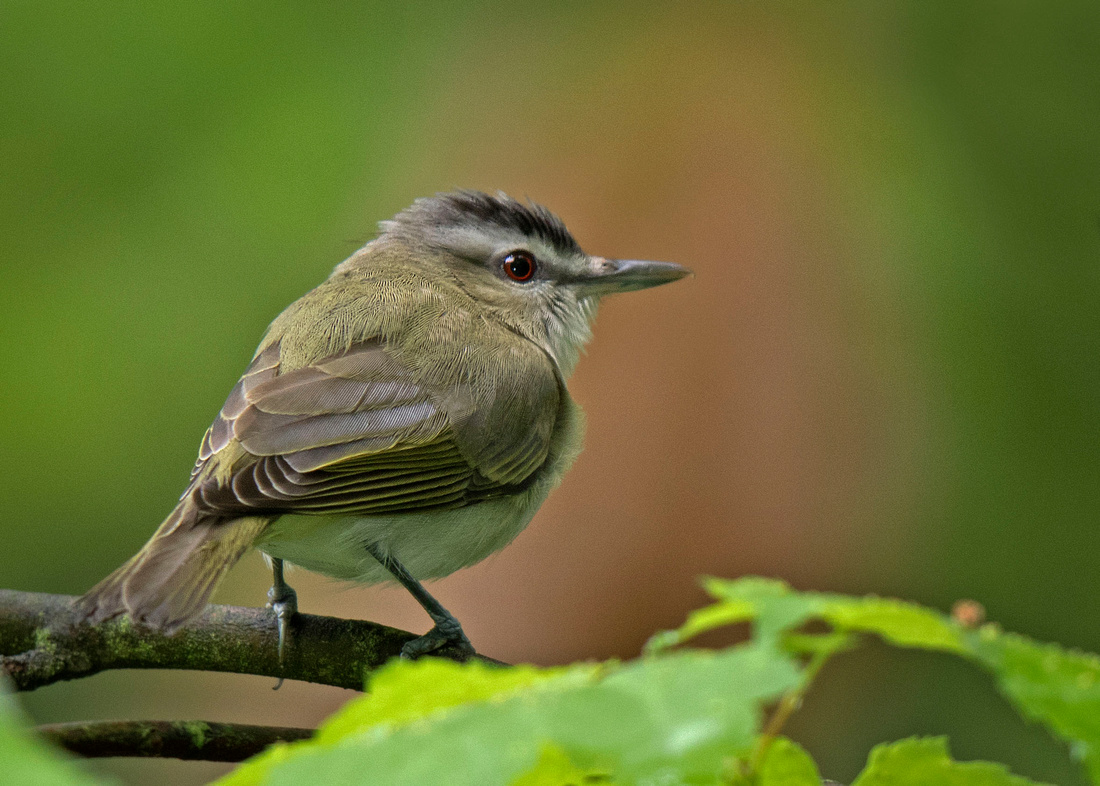 Vireos eat just about anything from seeds and fruits to invertebrates.  The smaller stuff they can swallow whole but they have to hold down their larger catch with one foot and pick it apart.  When I see a Red-eyed Vireo, it is usually flying back and forth from a perch to food; very similar to a phoebe. 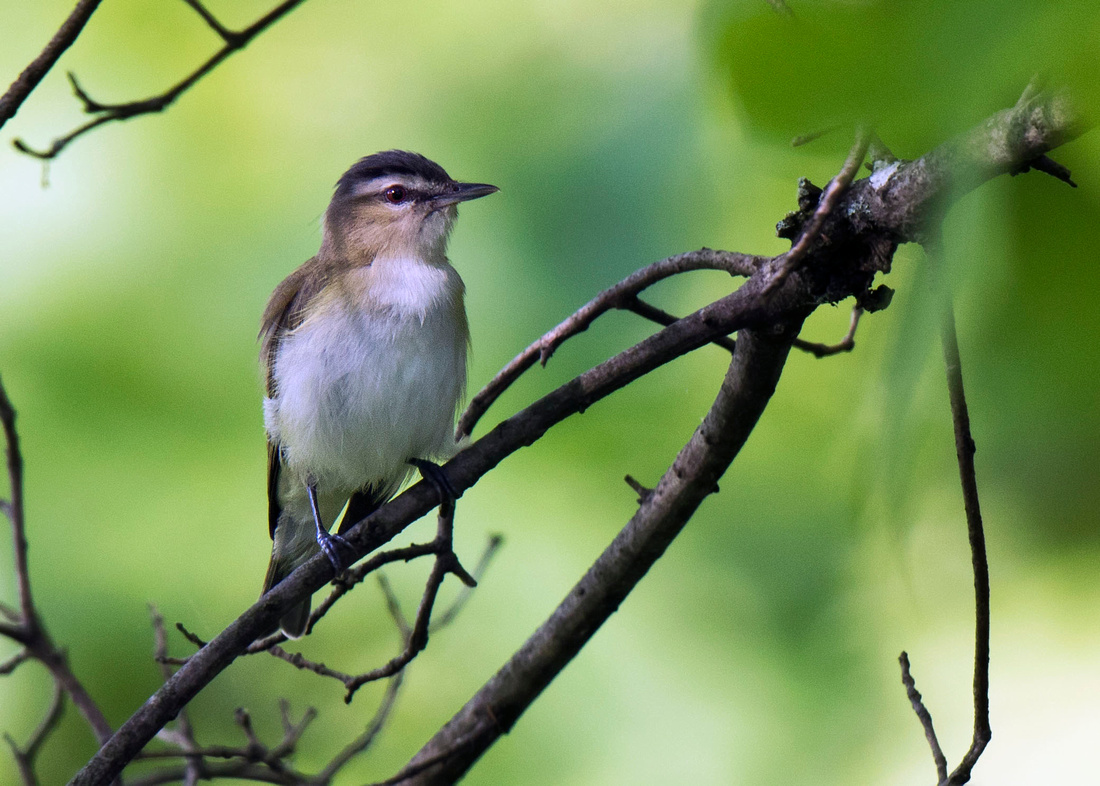 Well, that's all for the second of this three part series.  Check back soon for "Springtime Songsters - Part Three".