Welcome to the third in a three-part series of photo blogs sharing some images I made during the spring songbird migration.  This last blog in the series is going to be a little different as I am going to share a few birds that aren't considered "songbirds".  However, they do have a distinctive sound when you hear them.

When you are around water, you can be sure to find Red-winged Blackbirds.  This one was jumping from lily pad to lily pad looking for something tasty. 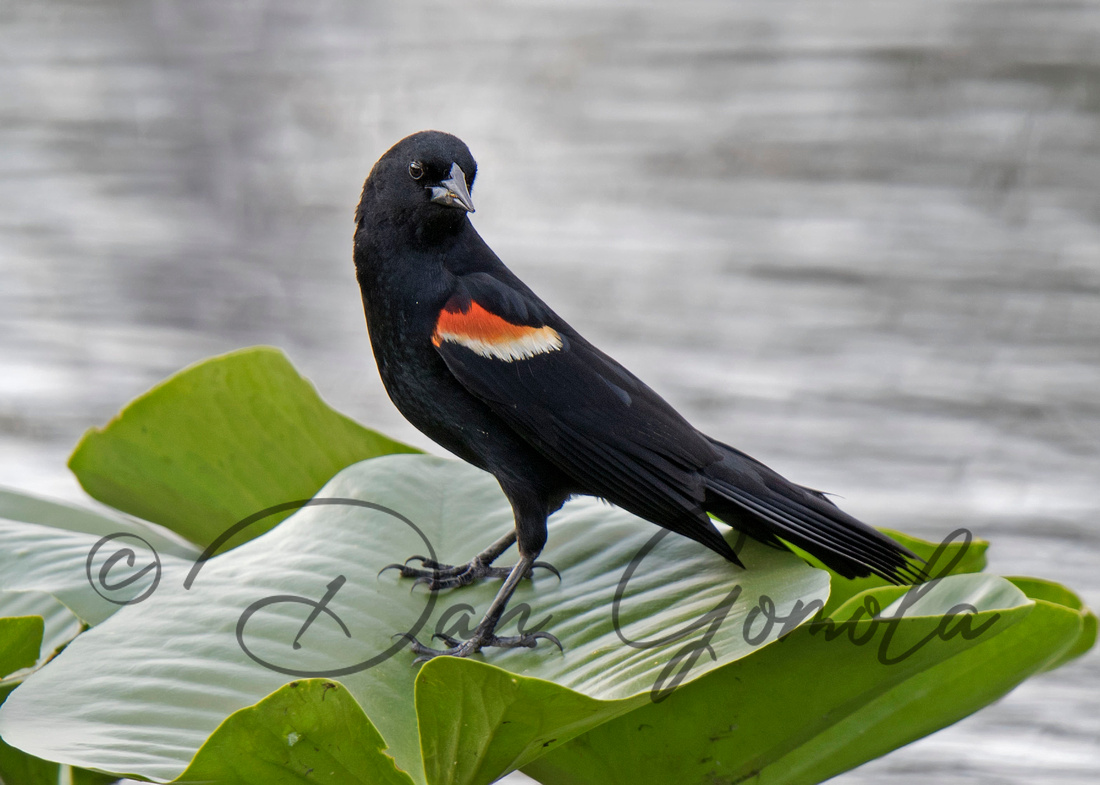 Although the female Rose-breasted Grosbeak lacks the beautiful colors of the male, she shares his talent for his beautiful song.  Their song is a series of whistled notes sometimes described as a hurried song of an American Robin. 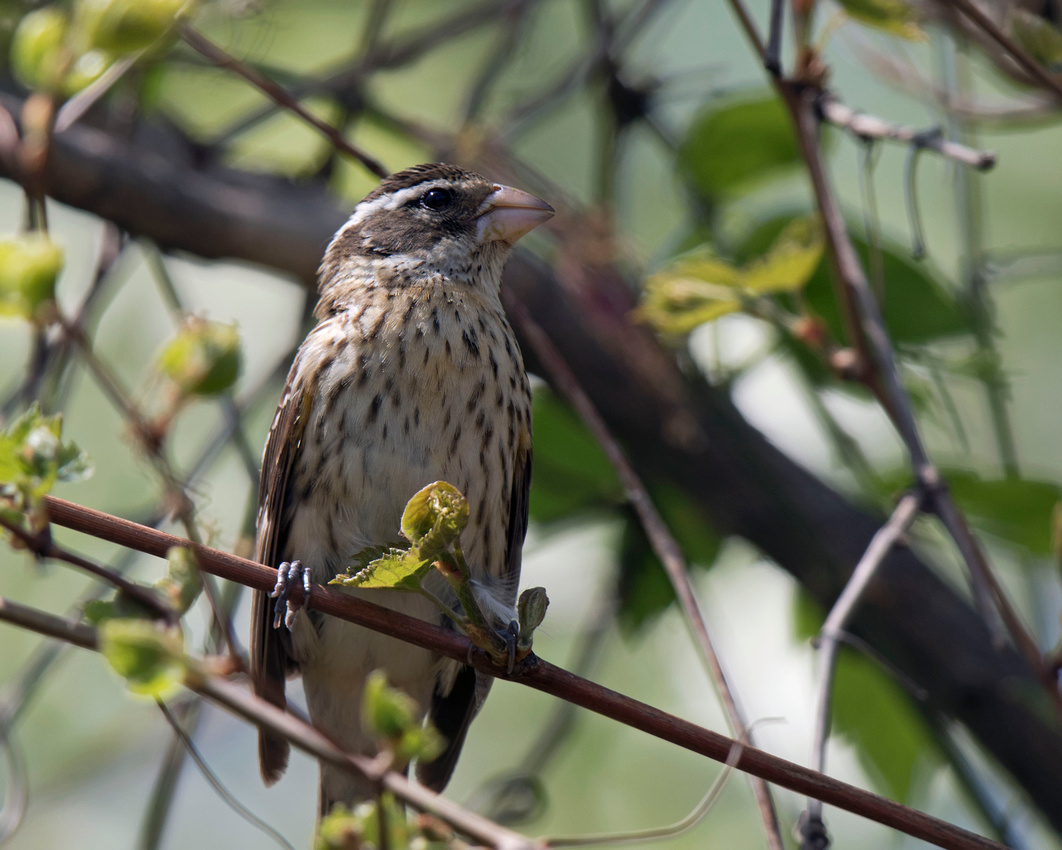 The Male Summer Tanager's color is Rose Red overall.  The female is mostly yellow/green.  The Summer Tanager in the photo below is a juvenile male Summer Tanager.  Their northern breeding ground extends into southern Pennsylvania but sometimes, a few birds will overshoot it.  If your lucky, like I was, you will get to see one. 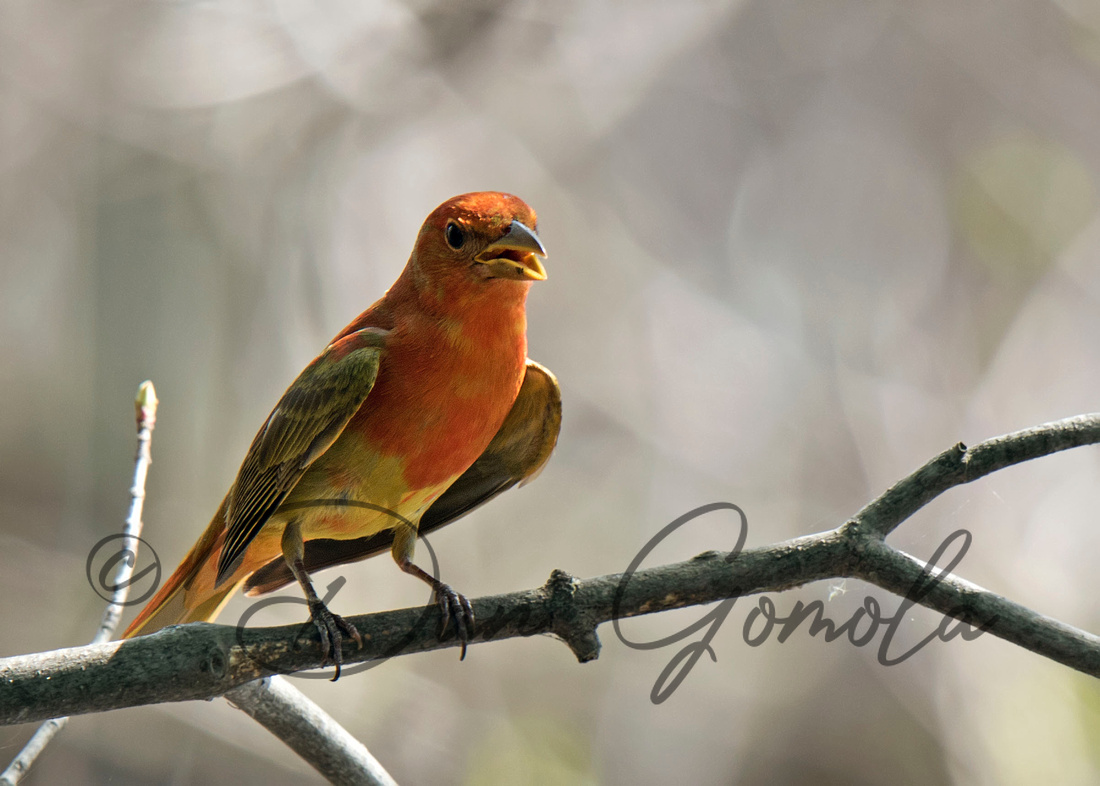 Most Thrushes feed on the ground but the Swainson's Thrush is an exception.  They are also good at foraging through the trees and sometimes hovering like a warbler or vireo. 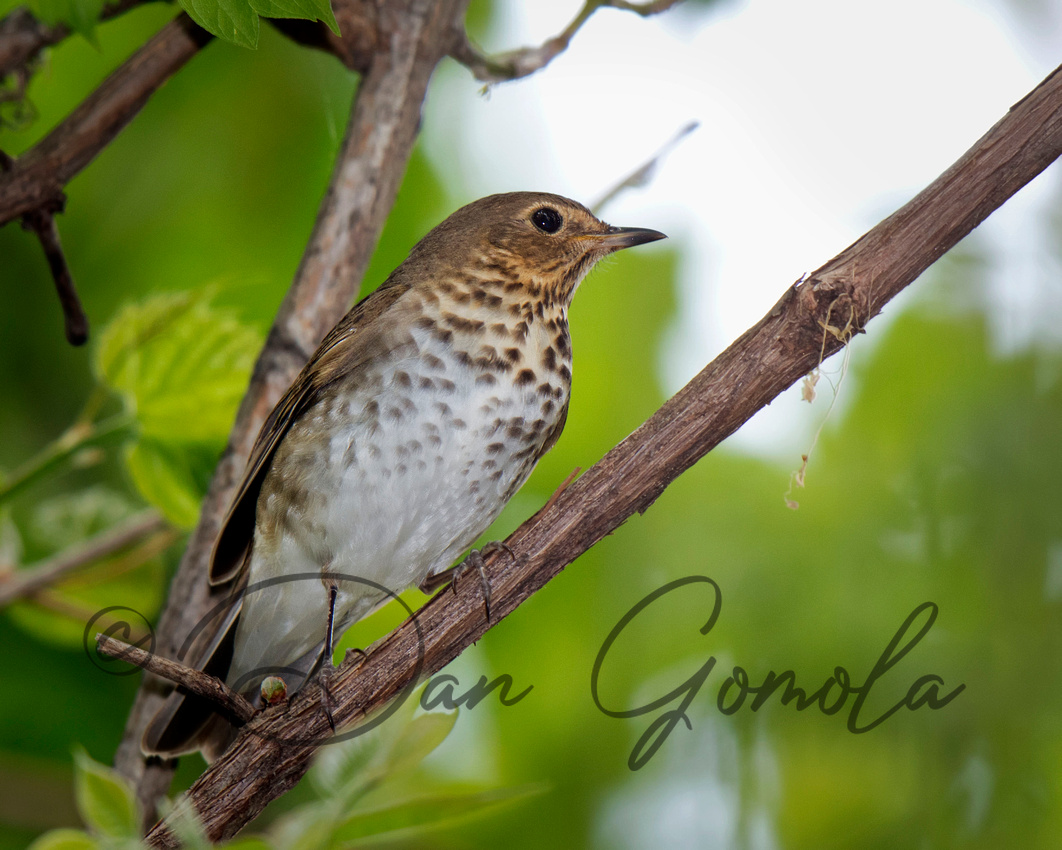 Speaking of vireos, next is a photo of a Warbling Vireo.  Although this vireo lacks flashy colors, his familiar song identifies him throughout the spring in local parks and urban areas.  He may be hard to find as he likes to forage from leafy cover to leafy cover not giving very many opportunities as I got to make this photo. 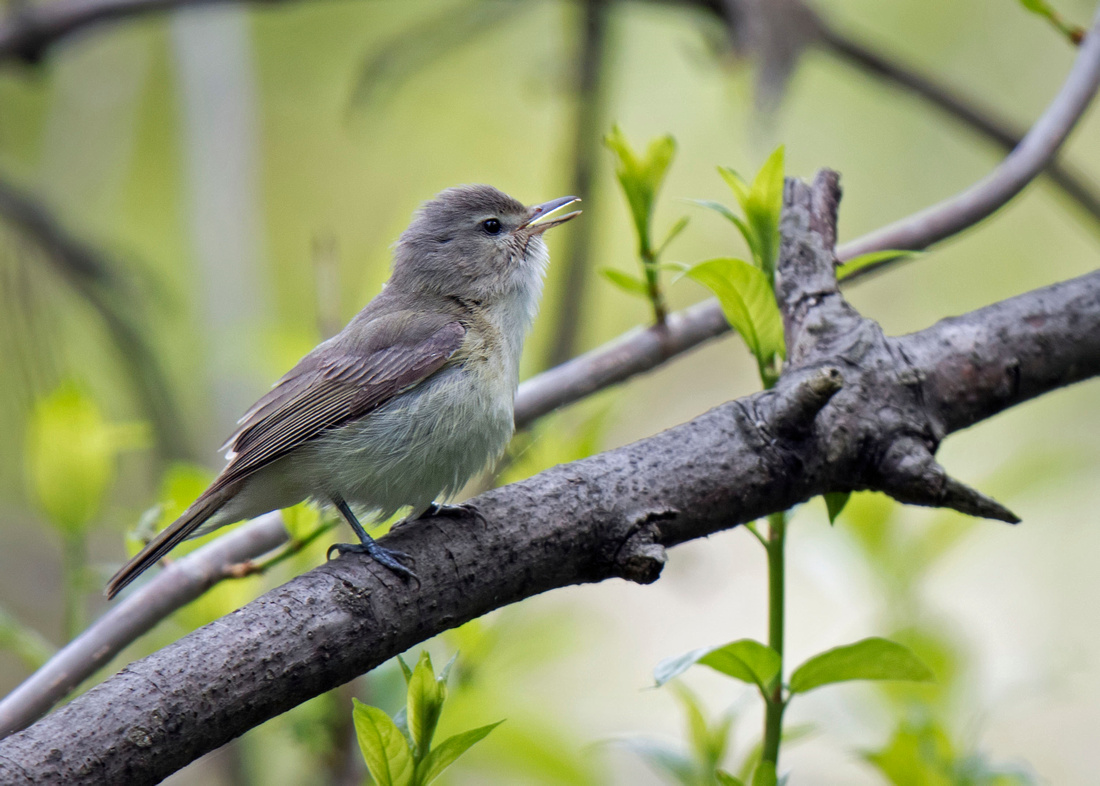 The Wilson's Warbler is easily identified by their yellow underparts and black cap. 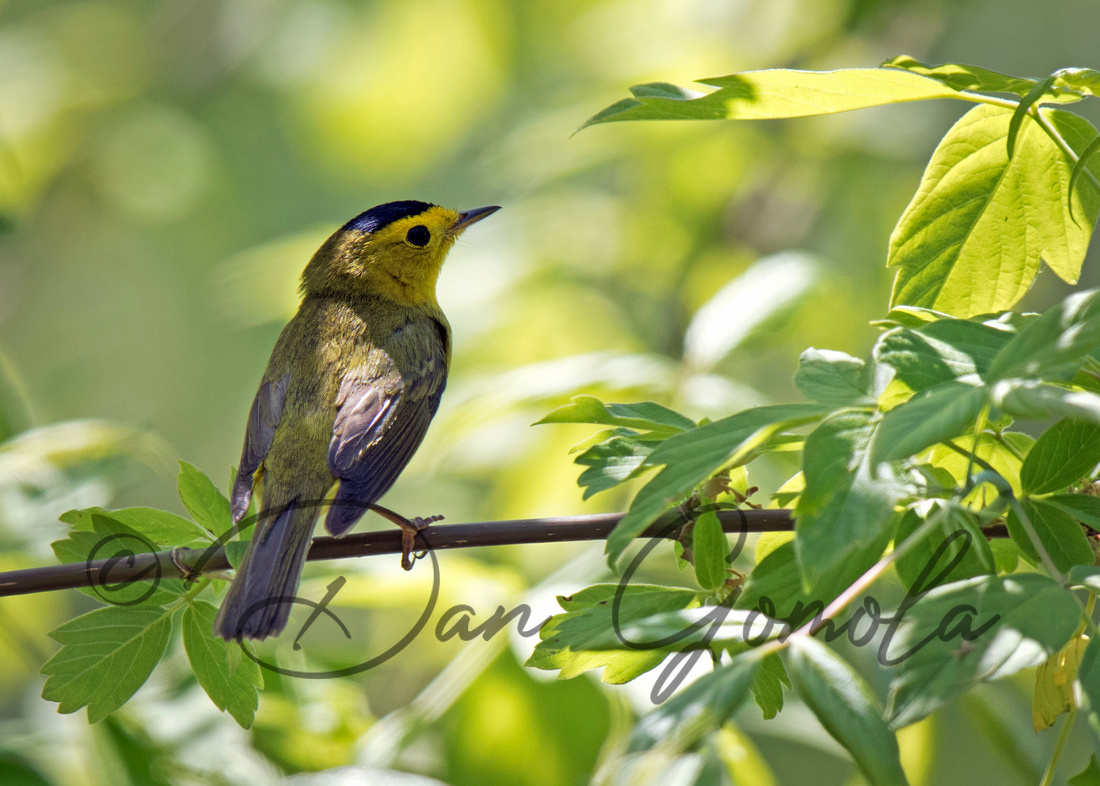 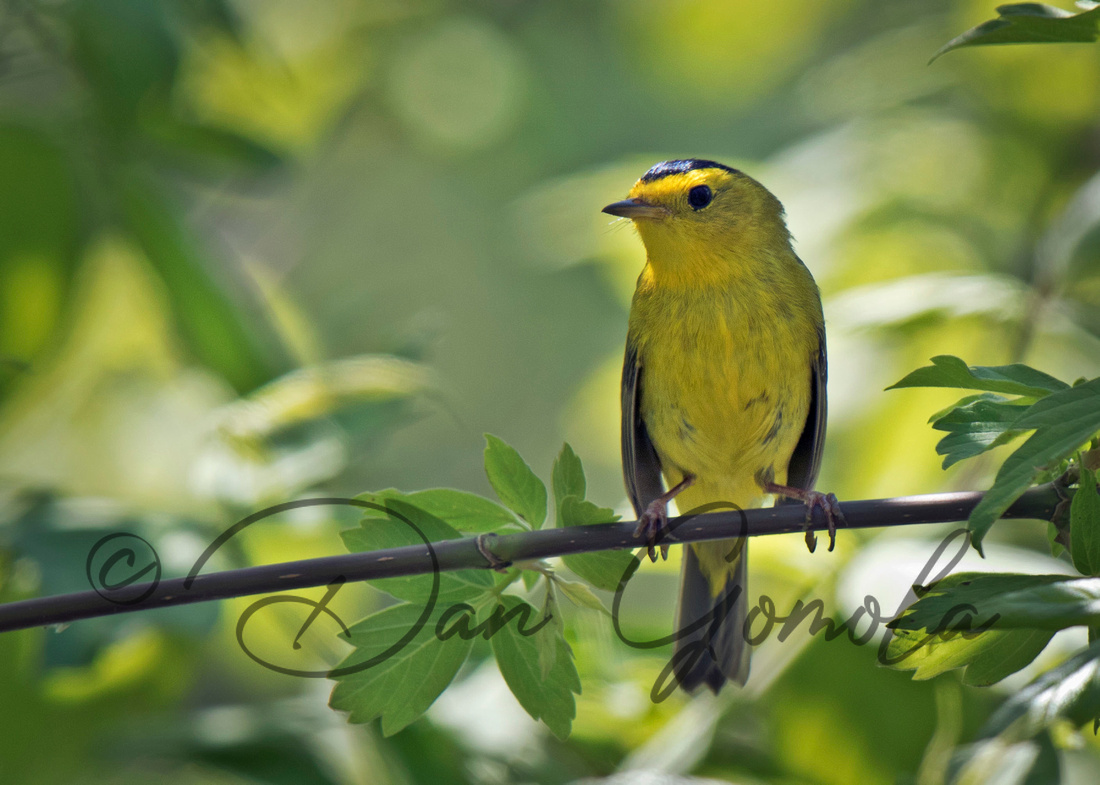 The Yellow Warbler is very common in western Pennsylvania and can be heard singing along roadsides across nearly all of North America. 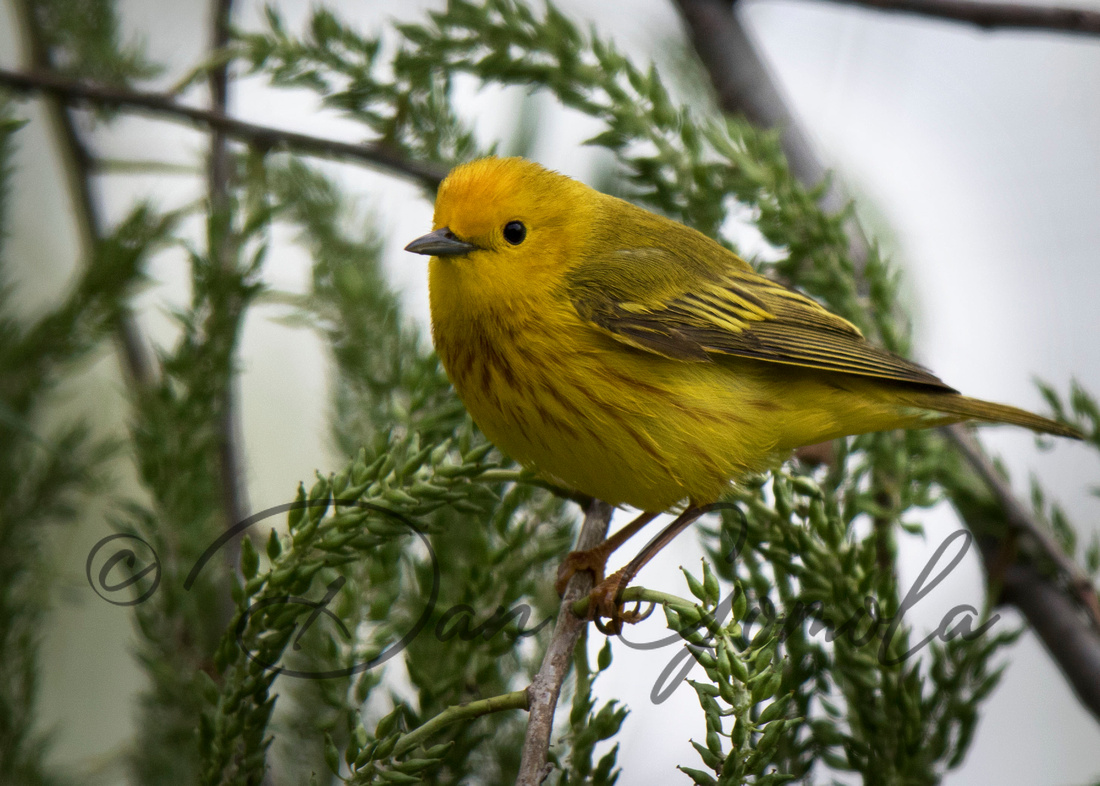 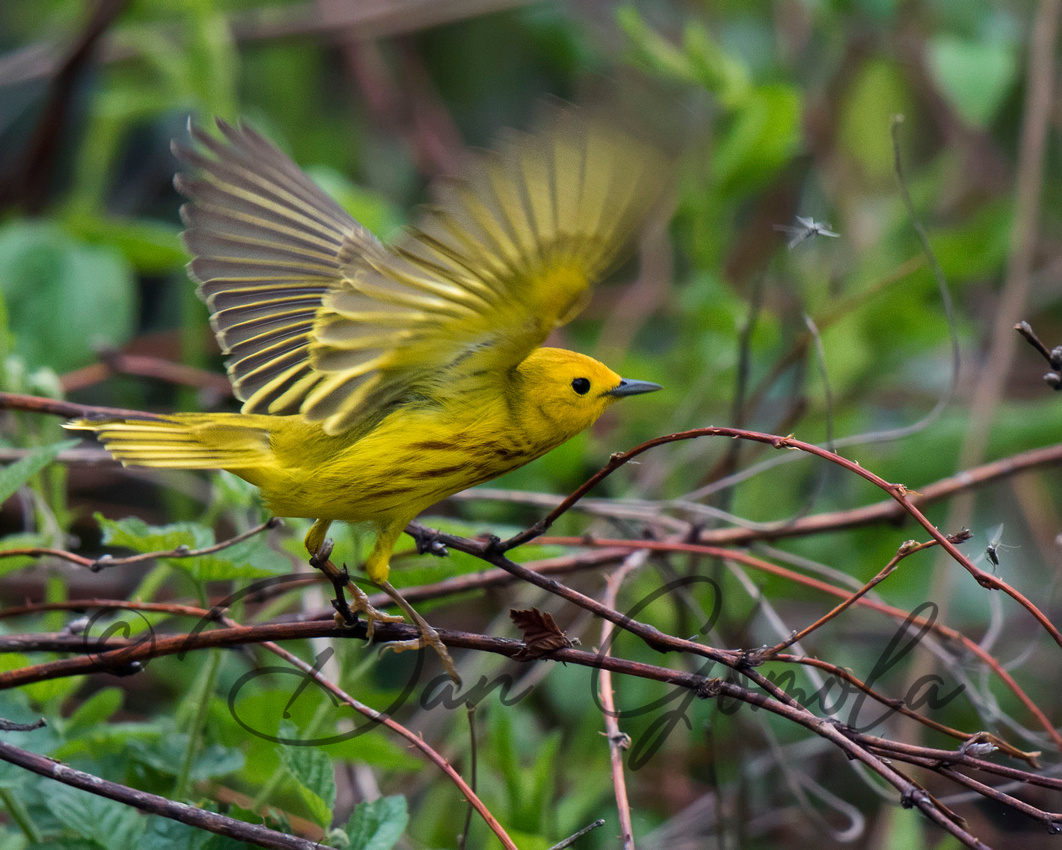 The Yellow-rumped Warbler is the only warbler that is able to digest waxes found in bayberries and wax myrtles.  Its ability to eat these fruits allows it to winter farther north than other warblers. 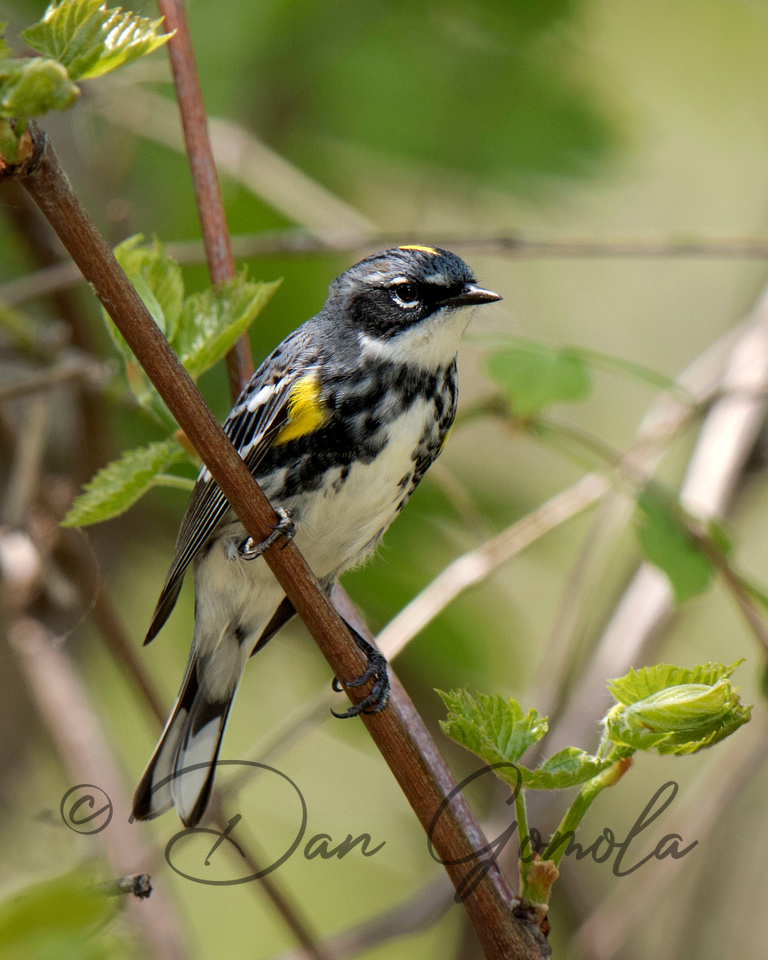 Cool fact: Male Yellow-rumped Warblers tend to forage higher in the trees than the female. 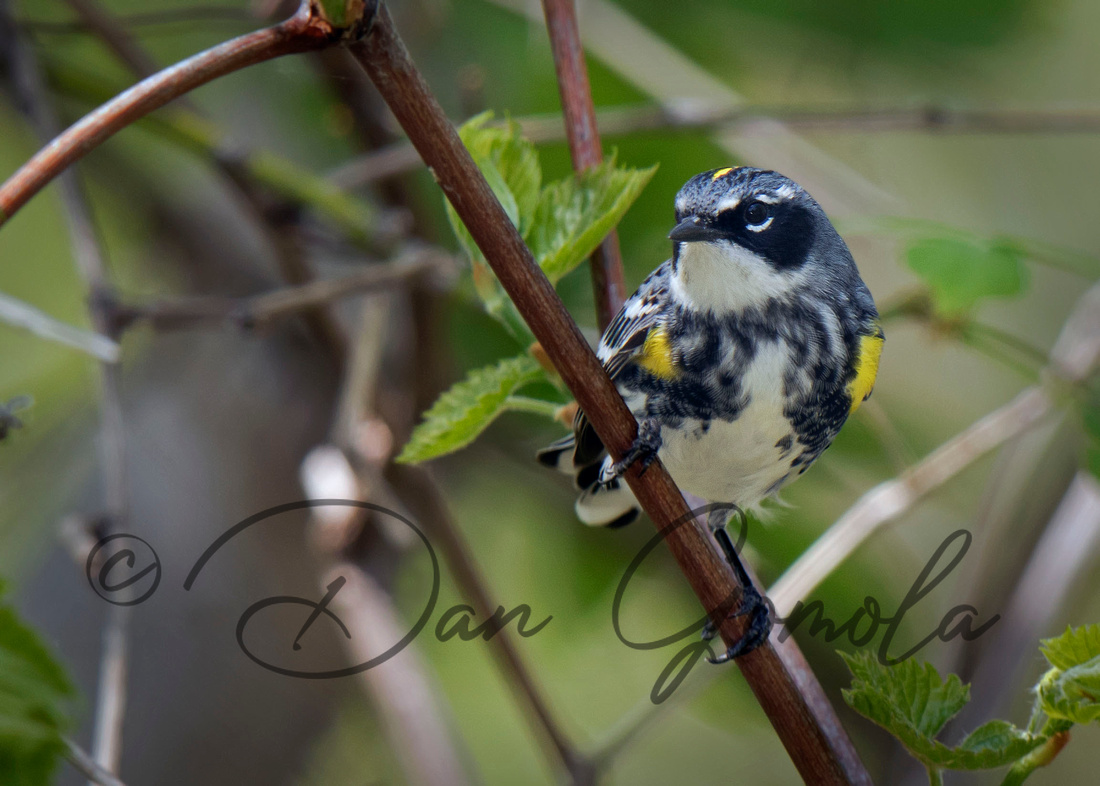