Once again, the main songbird migration month has come and gone.  Some songsters departed for the great north and some breed here in Pennsylvania and other parts of the northeast.

I believe the harsh winter with its lingering cold and ice slowed the migration down a little.  When they did arrive, they didn't seem to stay as long.  My diversity of photographs isn't as large as it was last spring.  It doesn't matter though, I enjoyed making the photographs of the birds I saw and will continue throughout the summer.

I plan to split this series into three parts.  I decided to share them alphabetically this year.

I'll start with a male American Redstart.  This bird jumps around the branches a lot looking for insects and is hard to photograph.  If you look closely, you can see spider webs across the top of his head. 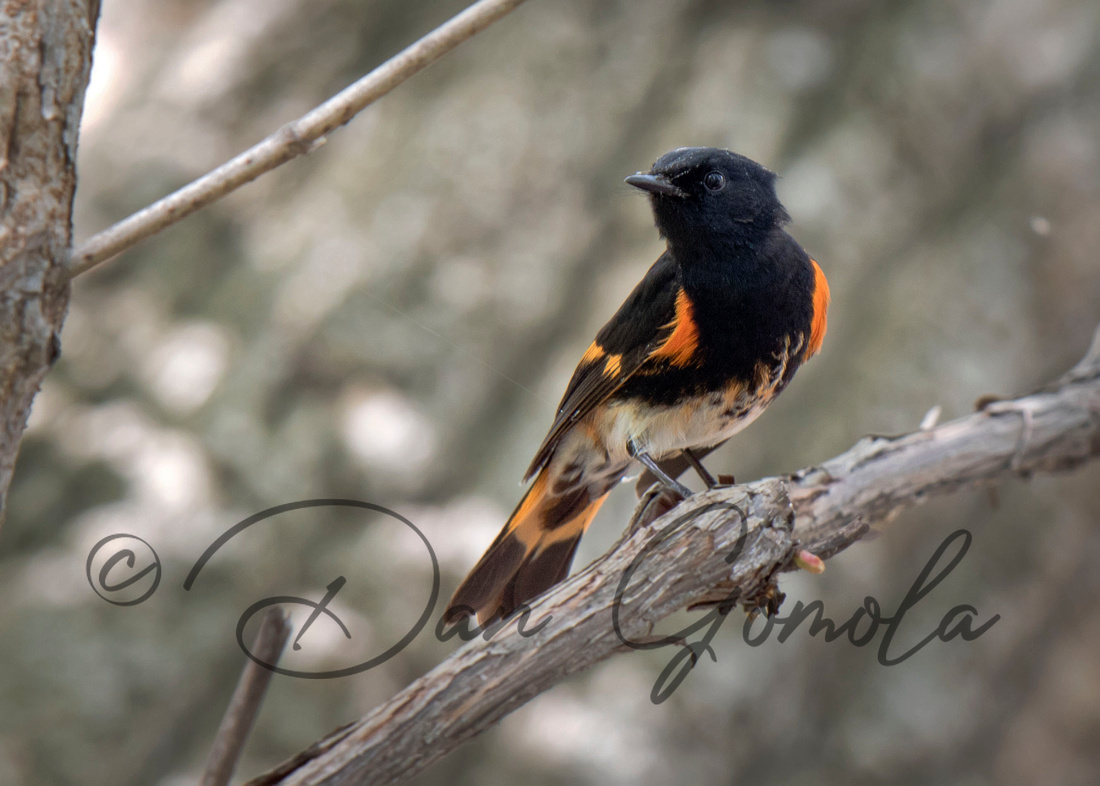 This next photograph is a female American Redstart.  Here is a cool fact for you: The male American Redstart sometimes has two mates at the same time.  Many other polygamous bird species involve two females nesting in the same territory, but the Redstart maintains two separate territories separated by up to a quarter-mile.  The male begins attracting a second female after the first has completed her clutch and is incubating the eggs.

A large warbler of the northern spruce forests, the Bay-breasted Warbler benefits from spruce budworm outbreaks when the caterpillars provide abundant food.  Spraying to control the destructive outbreaks may have reduced populations of this warbler.

On a side note, I made a serious effort a couple years ago to discontinue use of all pesticides.  Yes, I see more insects now but they don't last long.  Why?  I now have more birds.  I wish everyone would stop worrying about making their lawns look like a pristine park and worry more about the wildlife they are affecting .

The photo below is a male Bay-breasted Warbler. 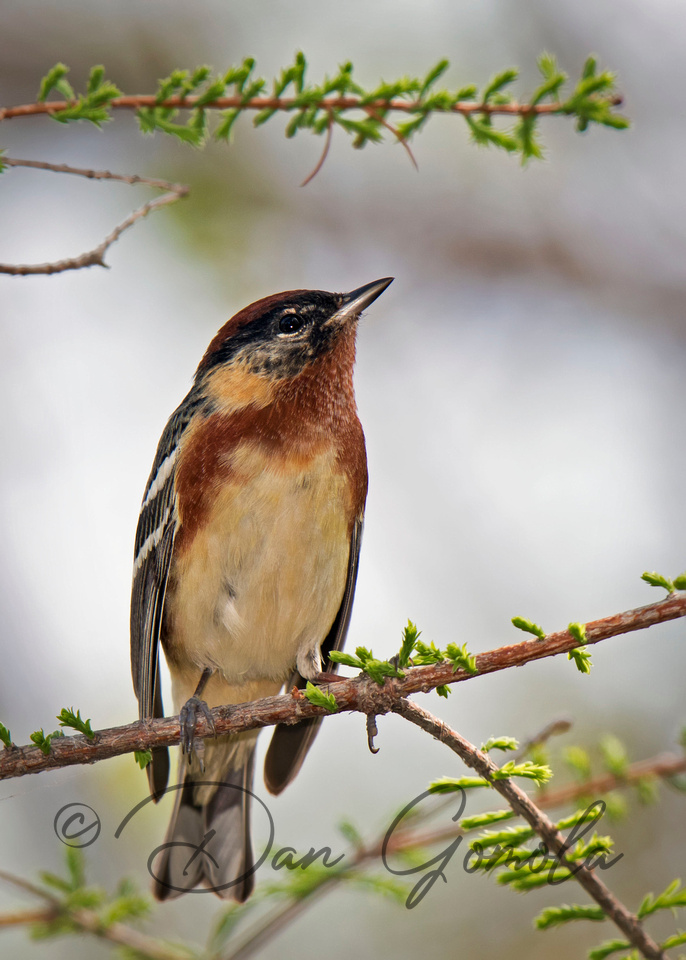 The Black-throated Blue Warbler is becoming my favorite in the warbler family.  Their beauty is stunning and, most of the time, seems like it knows how to work with a photographer.

As a side note: While on the wintering grounds, the sexes use slightly different habitats. The male is most common in forest at lower to mid-elevations, while the female uses shrubbier habitat at higher elevations.

This male Black-throated Blue Warbler stoped to pose for me.

Such a handsome guy I had to post another. 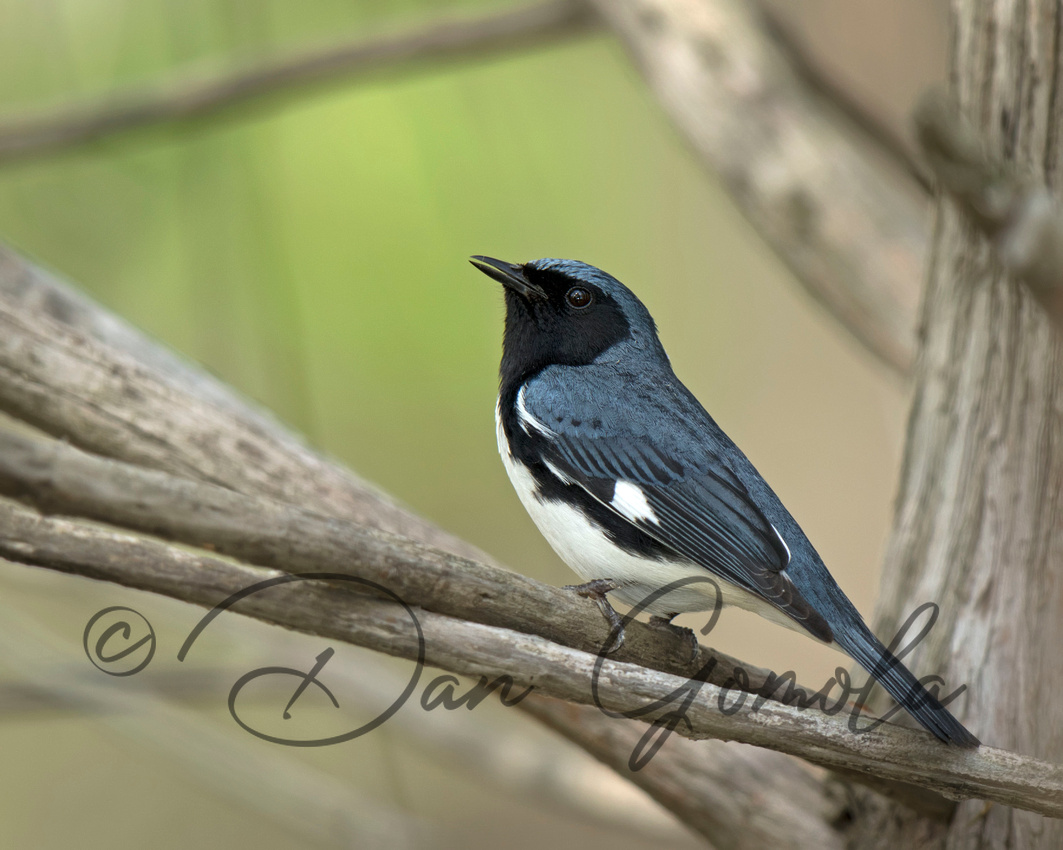 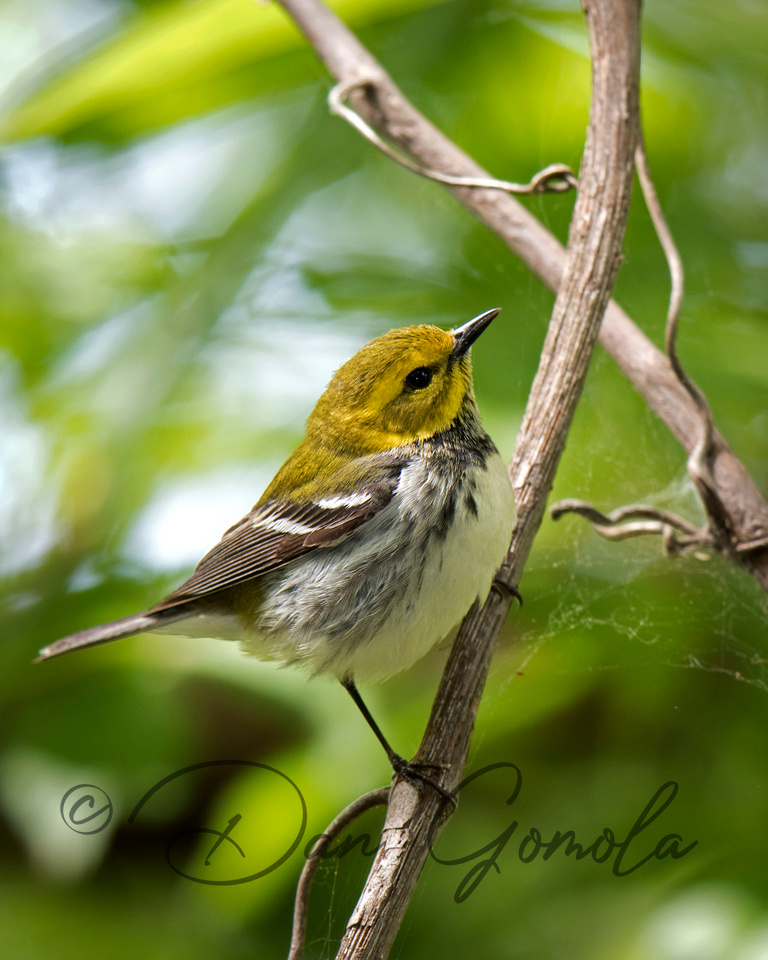 Blackburnian Warbler is the only North American warbler with an orange throat. 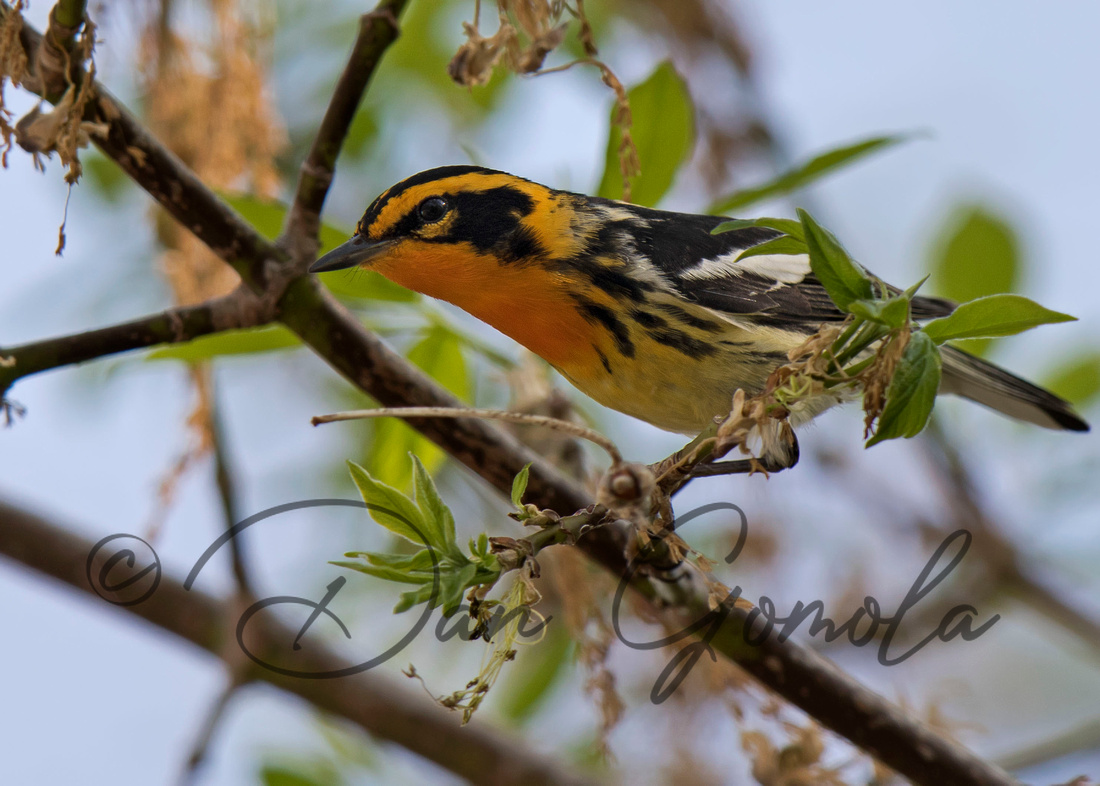 The Blackburnian Warbler is territorial on its breeding grounds and solitary in the winter.  It only forms flocks during migration. 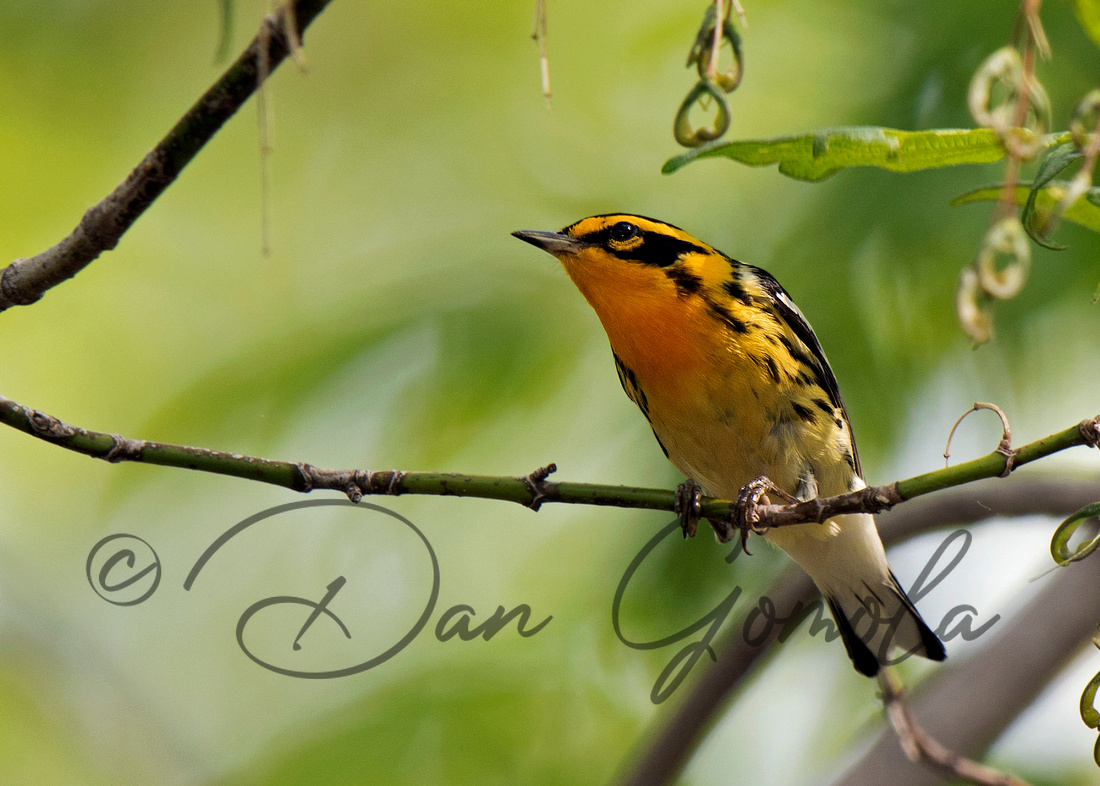 The Common Yellowthroat is very common throughout the summer here in the northeast.  They are vocal birds, and both their witchety-witchety-witchety songs and distinctive call notes help reveal their presence. 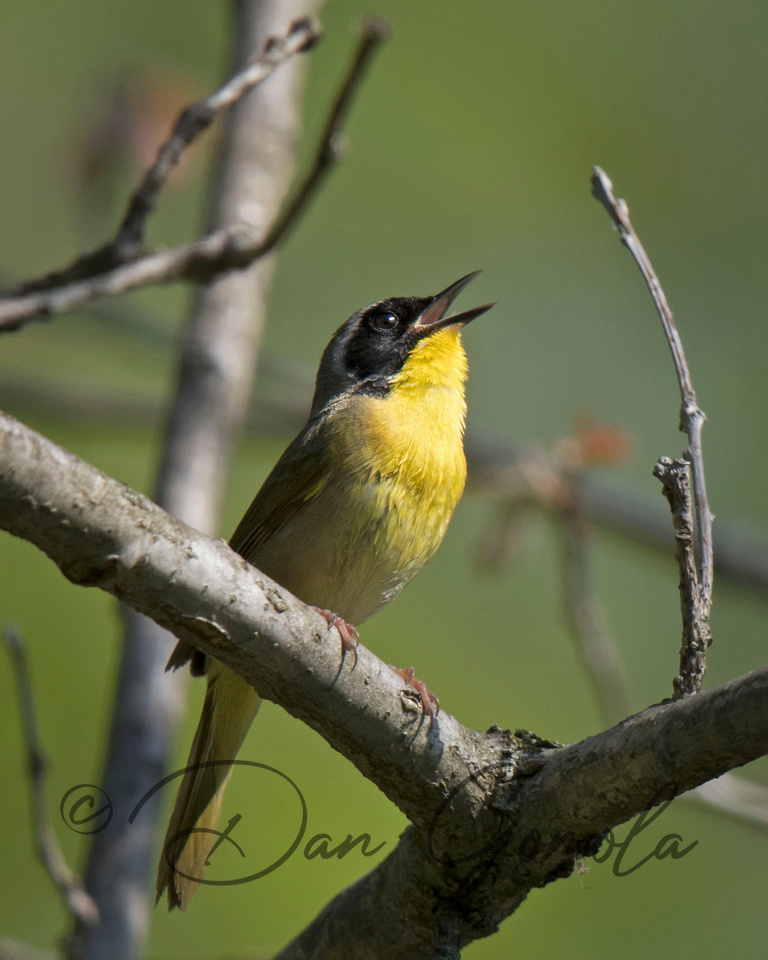 Each male normally has only one mate in his territory during a breeding season.  However, a female’s mating calls often attract other males, and she may mate with them behind her mate’s back.

I found this male Common Yellowthroat early one morning hunting for insects among tangled shrubs. 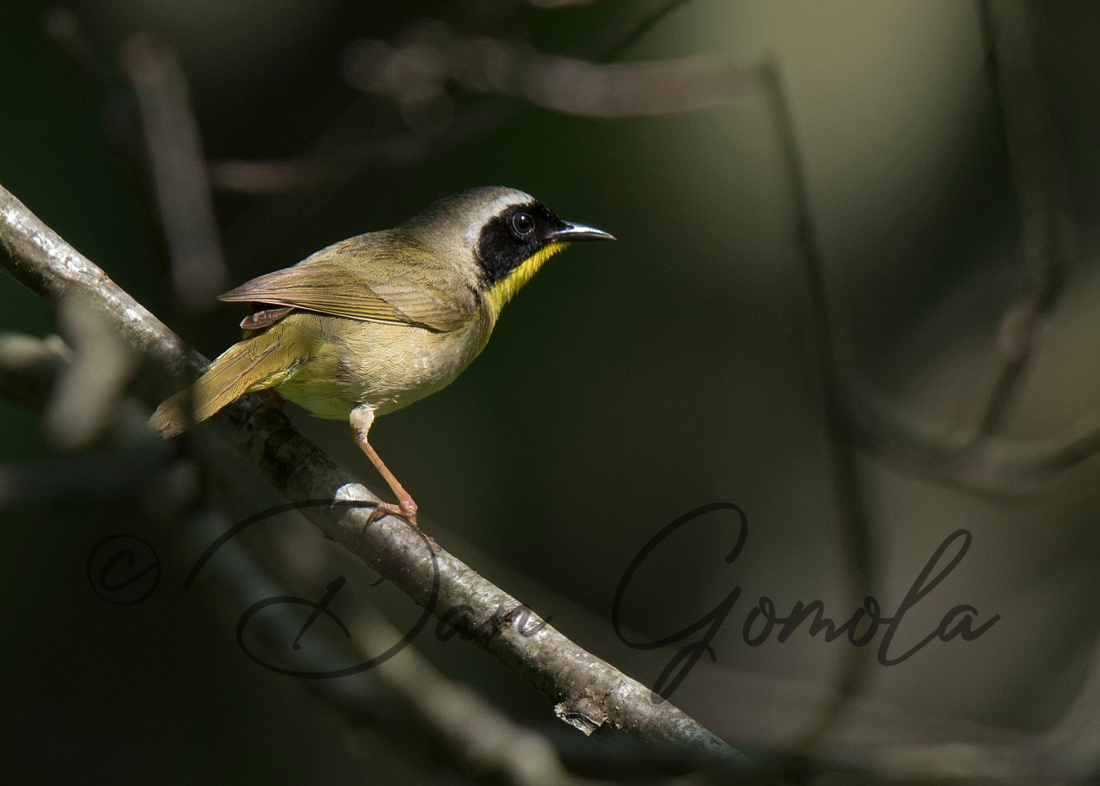 The olive-brown Eastern Wood-Pewee is inconspicuous until it gives its unmistakable call: pee-a-wee!

Cool fact: The Eastern Wood-Pewee's lichen-covered nest is so inconspicuous that it often looks like a knot on a branch. 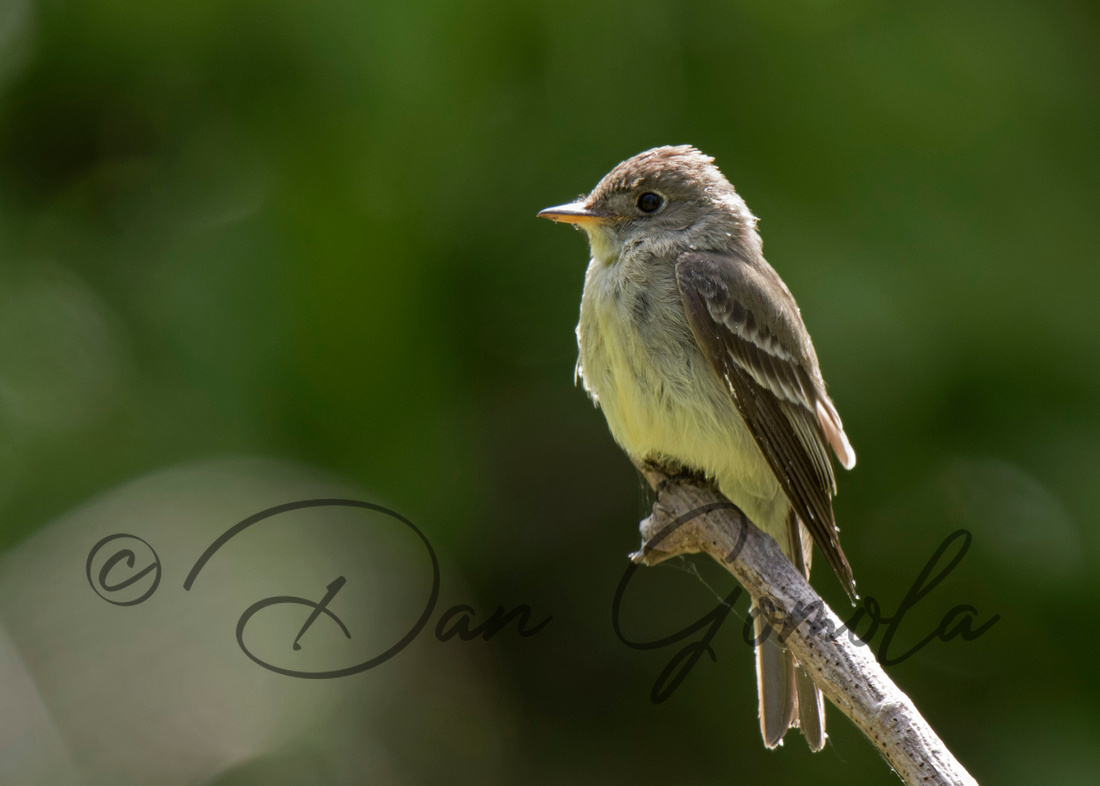 This photo of a Gray-cheeked Thrush is a first for me.  They are a shy bird spending most of their time in the underbrush making them very hard to find.  I'd like to say I led a successful search for this bird but that's not the case.  I stumbled upon him and had to figure out which thrush it was at a later time.  Very happy to photograph another lifer. 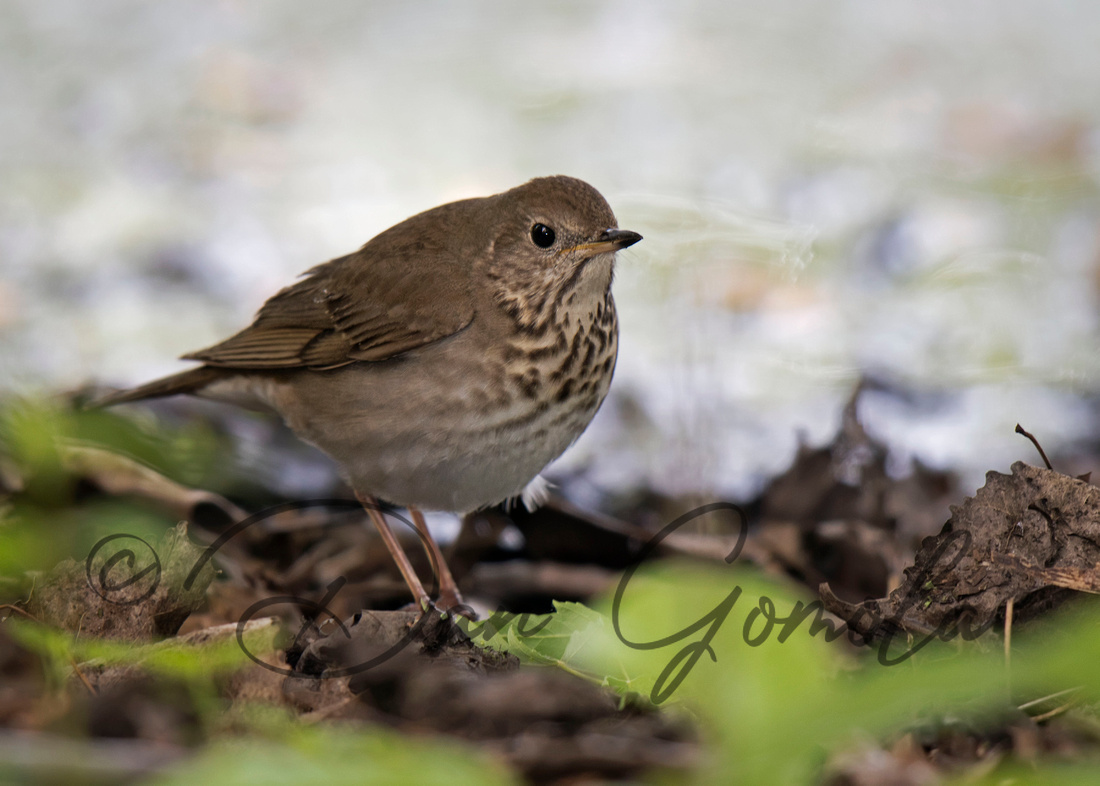 Well, that's all for now.  Check back soon for "Springtime Songsters - Part Two".