We've all done it.  We've all watched birds in the woods or at the bird feeder, and have paid a little more attention to the male of the species.  Why is that?  Probably because, especially in the spring, the male is more colorful than the female.  This is nature's way of helping males attract a mate and later, while tending the young, the less colorful birds can hide that much easier.

I searched through my library of images to find some bird pairs to talk about the differences in their plumage.  I couldn't believe how many I had.  I had to cut it off somewhere so I stuck with mainly warblers with just a couple others.

Most of the male birds in this blog post look different in the spring than they do in the fall.  Springtime, when they are preparing to find a mate, is when they display the most color.  The first pair is an exception.  The male Northern Cardinal has brilliant red feathers adding a bright spot to the landscape in any season. 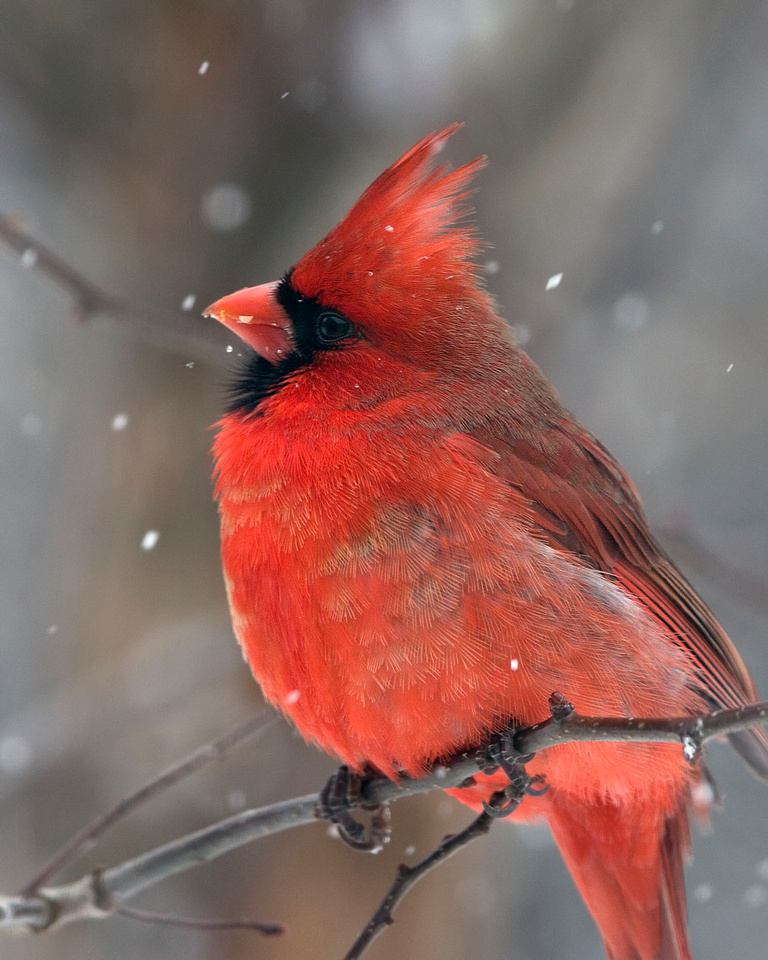 Meet the Mrs.  She is shaped like the male but is brownish in color with a red bill, crest, wing tips, and tail. 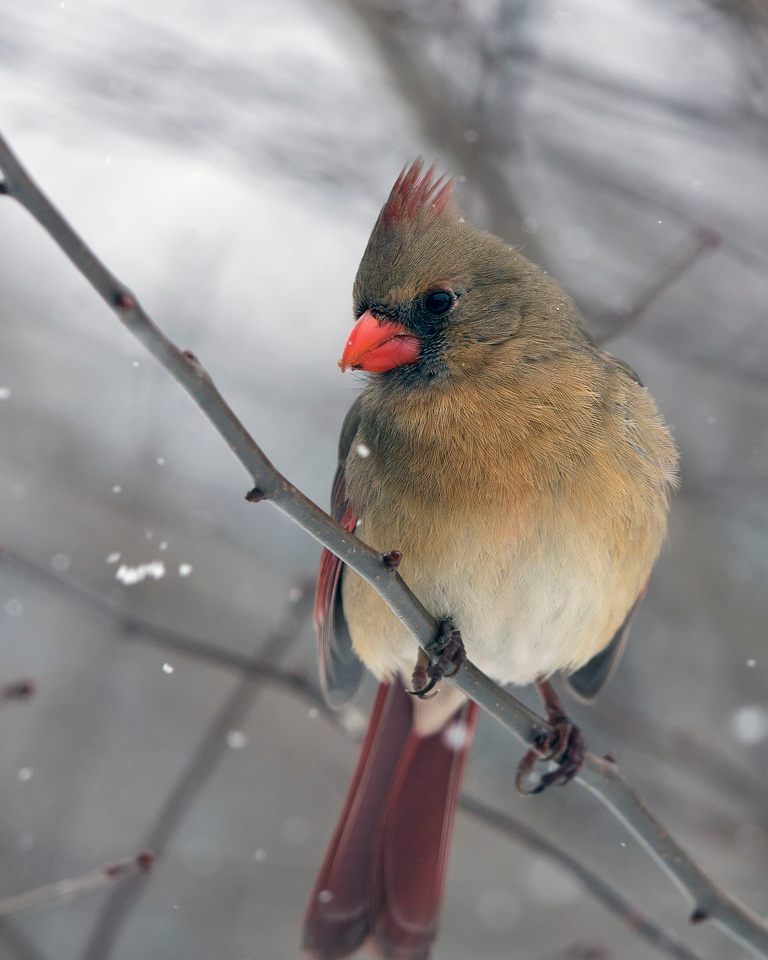 The male American Redstart is black in color with red-orange patches on the fore-shoulder, wing, and tail. 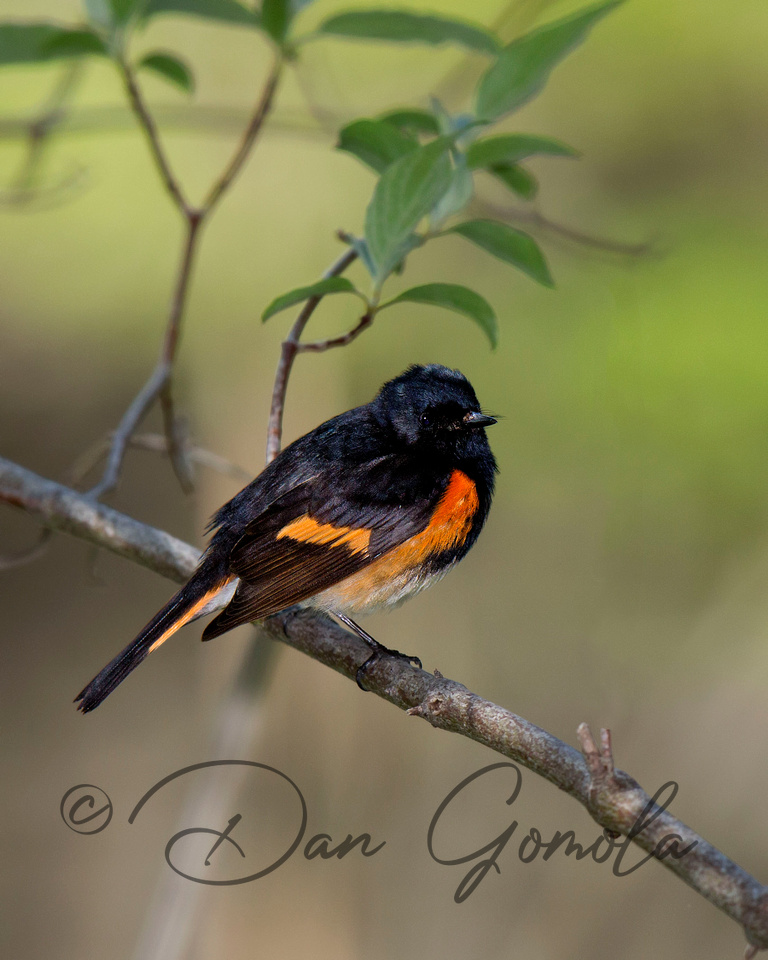 Meet the Mrs.  She is mostly olive-brown in color with clean white underparts and yellow patches on the fore-shoulder, wing, and tail. 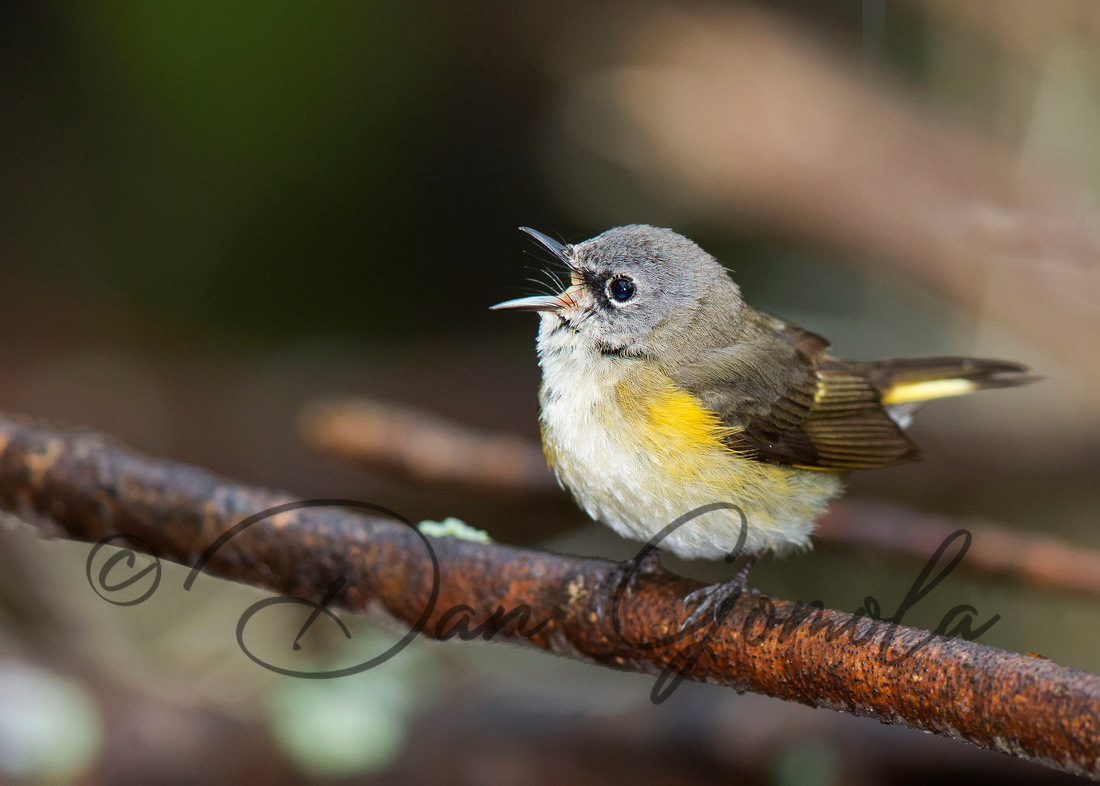 The breeding colors of the male Bay-breasted Warbler are black face and chin, chestnut crown, throat, sides, and flanks, creamy yellow belly and a yellow patch on its cheek. 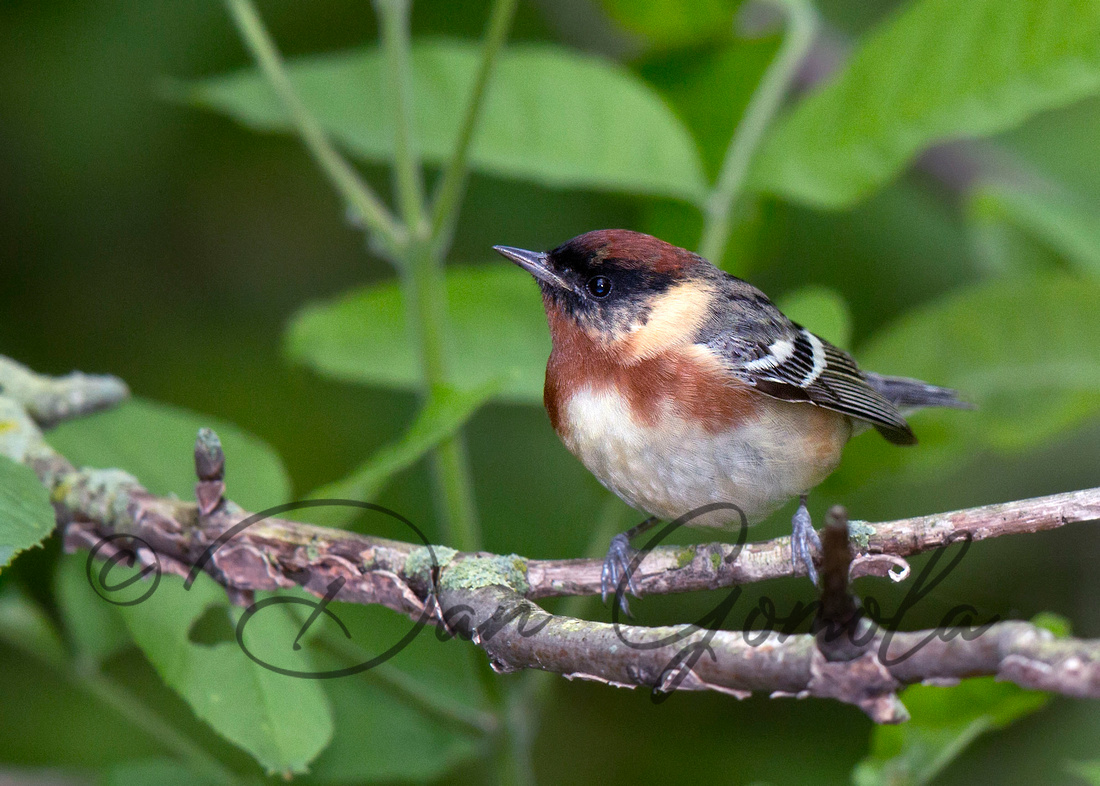 Meet the Mrs.  She has paler colors overall with faint chestnut "cap" and sides. 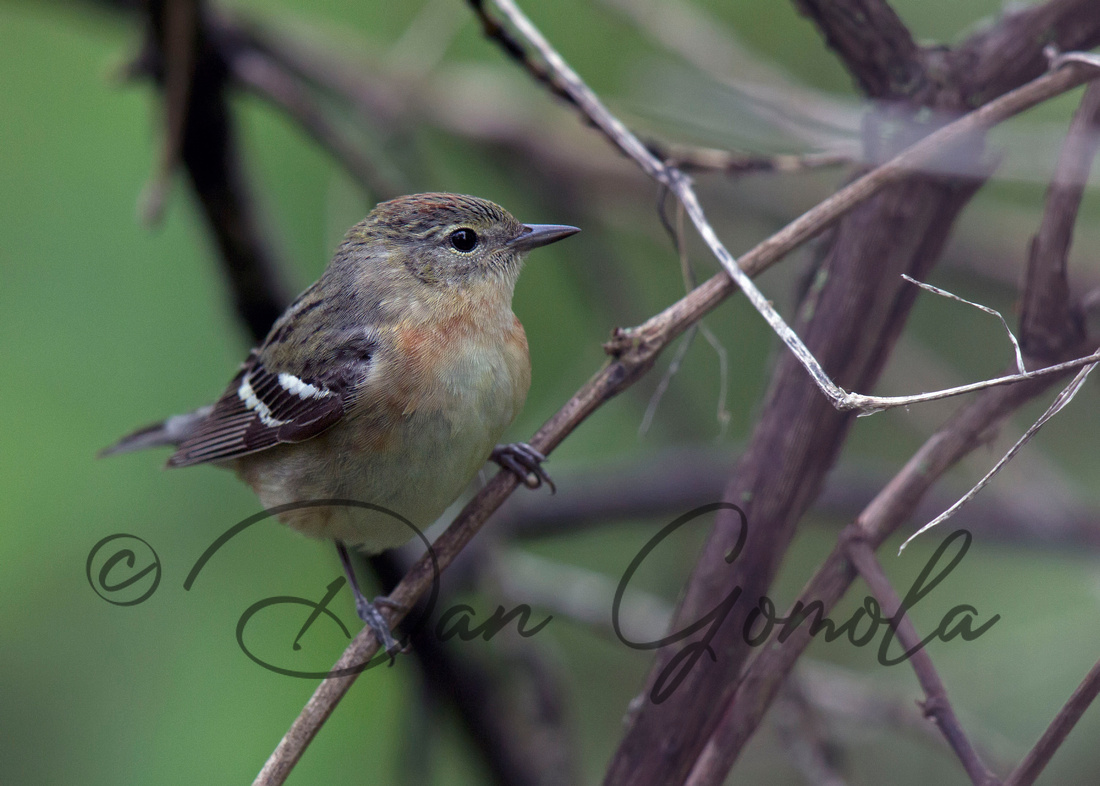 The Black-throated Green Warbler gets its name by the olive coloring on its head and back.  The male has a black throat. 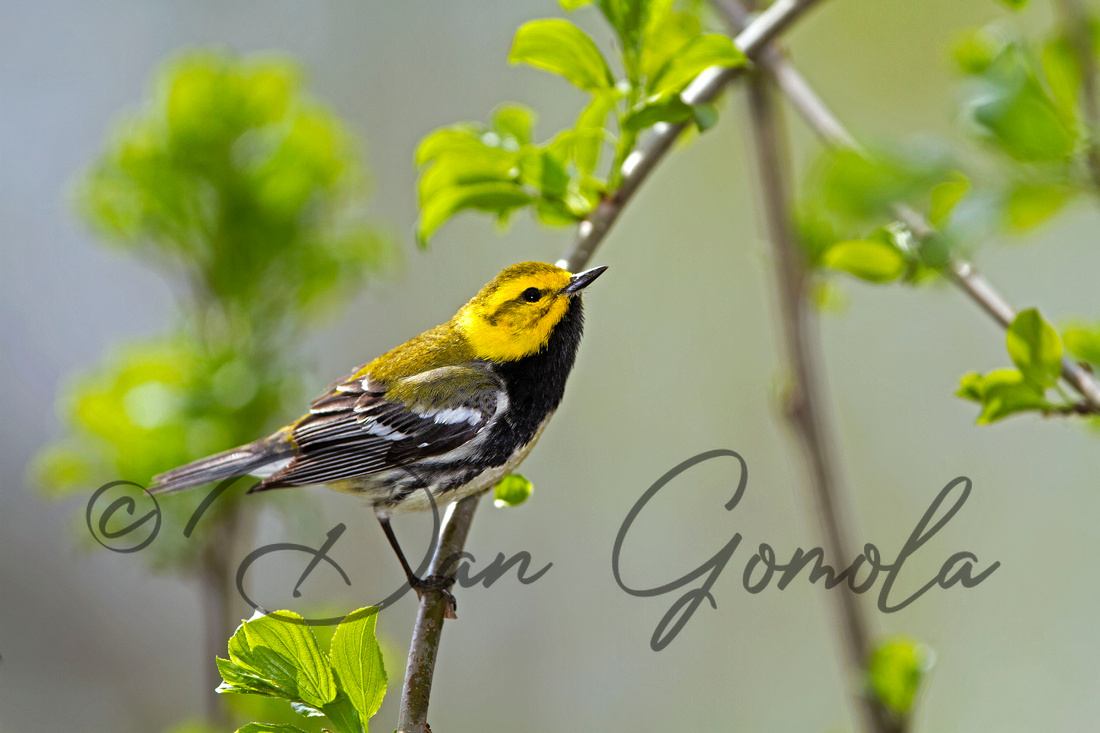 Meet the Mrs.  The female Black-throated Green Warbler is similar to the male except it lacks the black throat and has thinner wing bars. 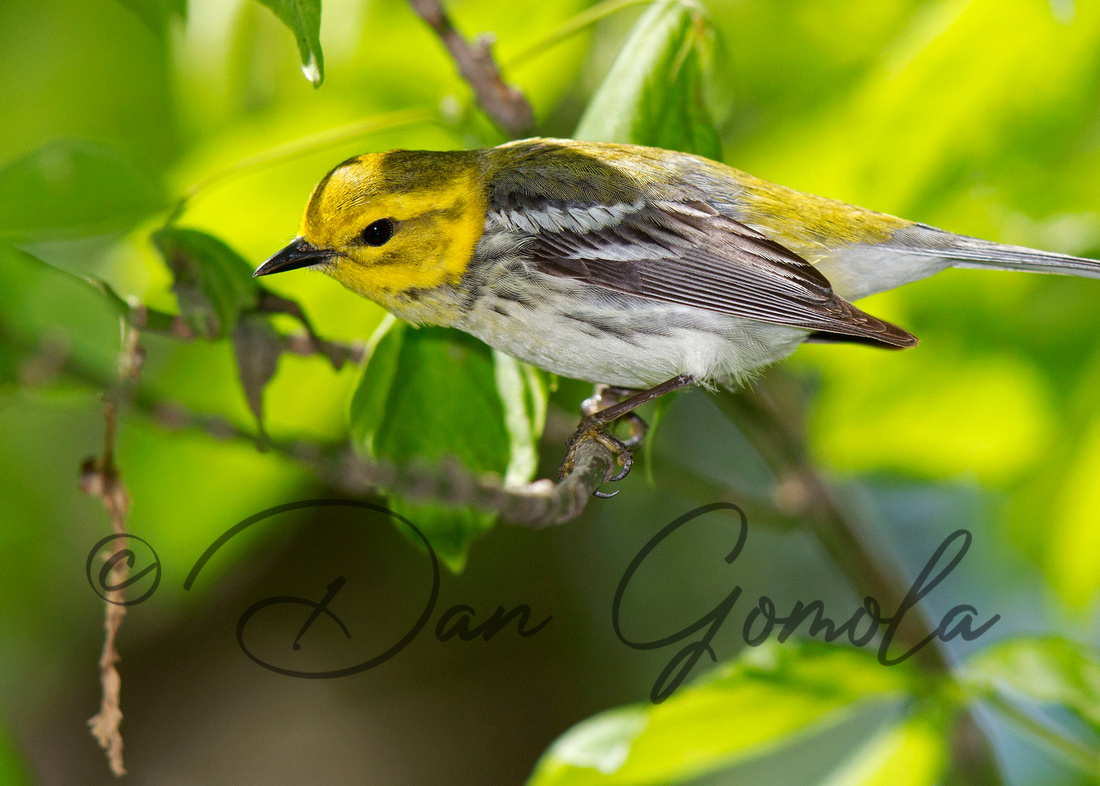 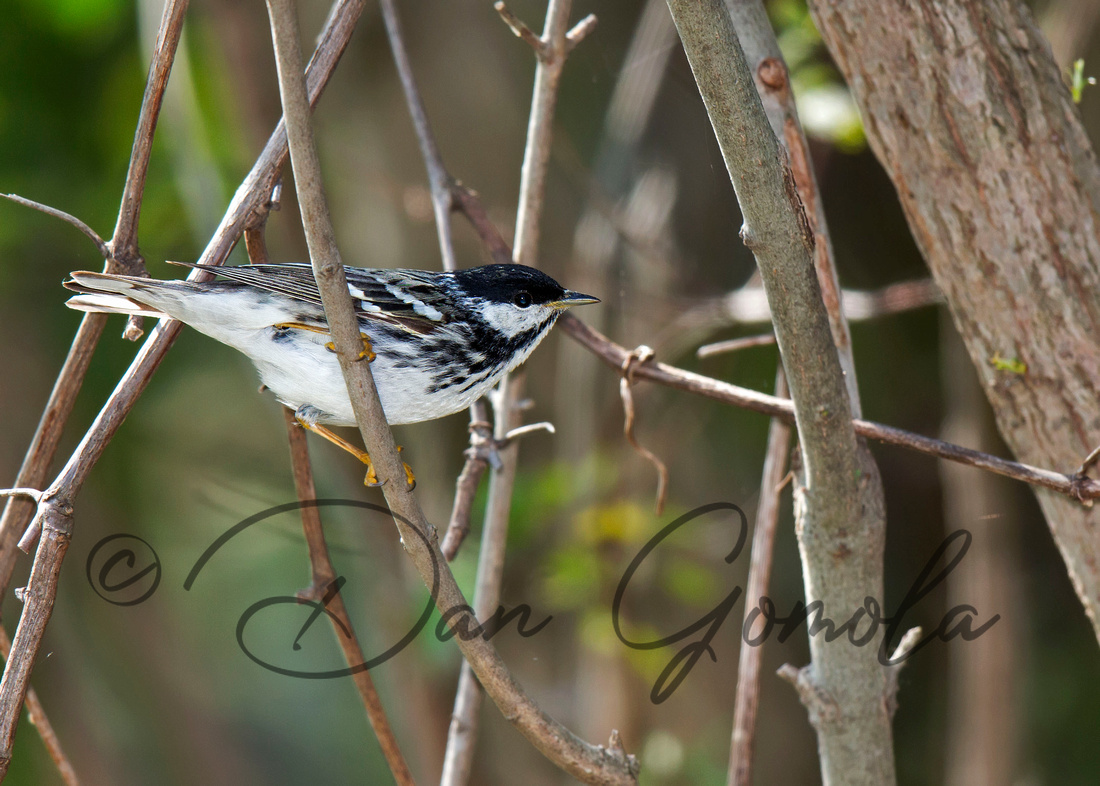 Meet the Mrs.  The breeding, female Blackpoll Warbler has a yellow olive head and back, small dark eyeline, and a faint eyebrow. 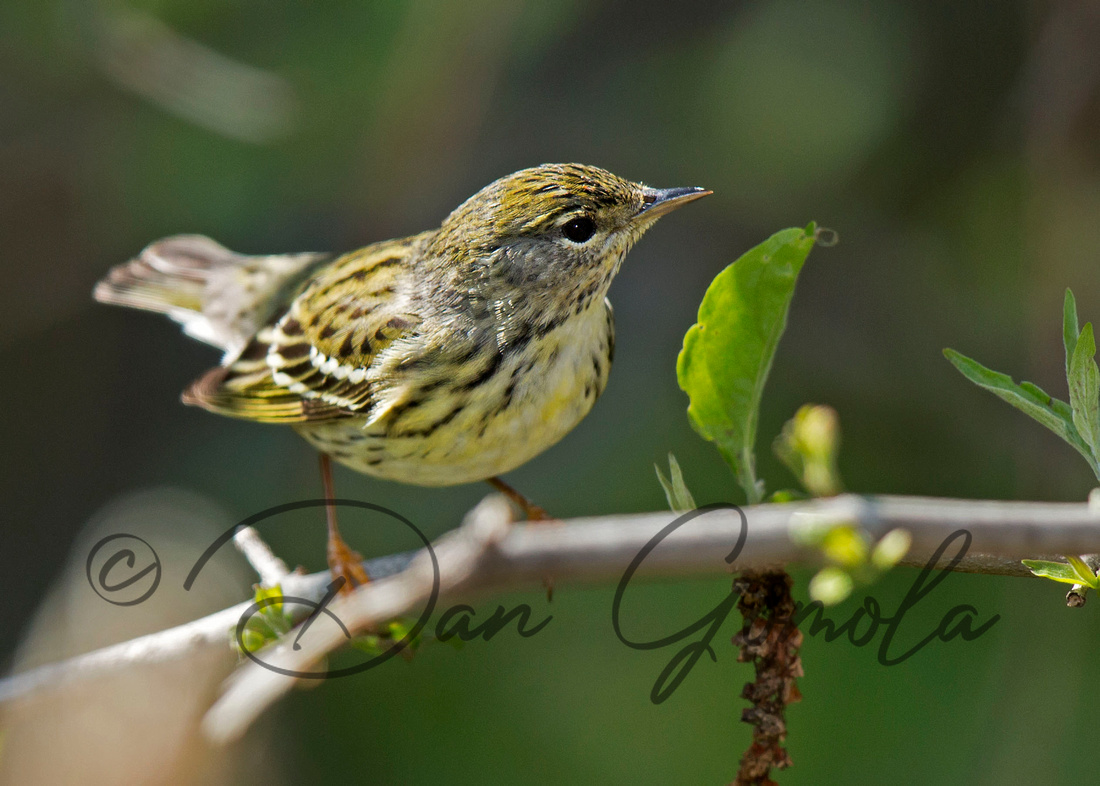 The breeding, male Cape May Warbler has a chestnut cheek on yellow face, dark crown, and a large, white wing patch. 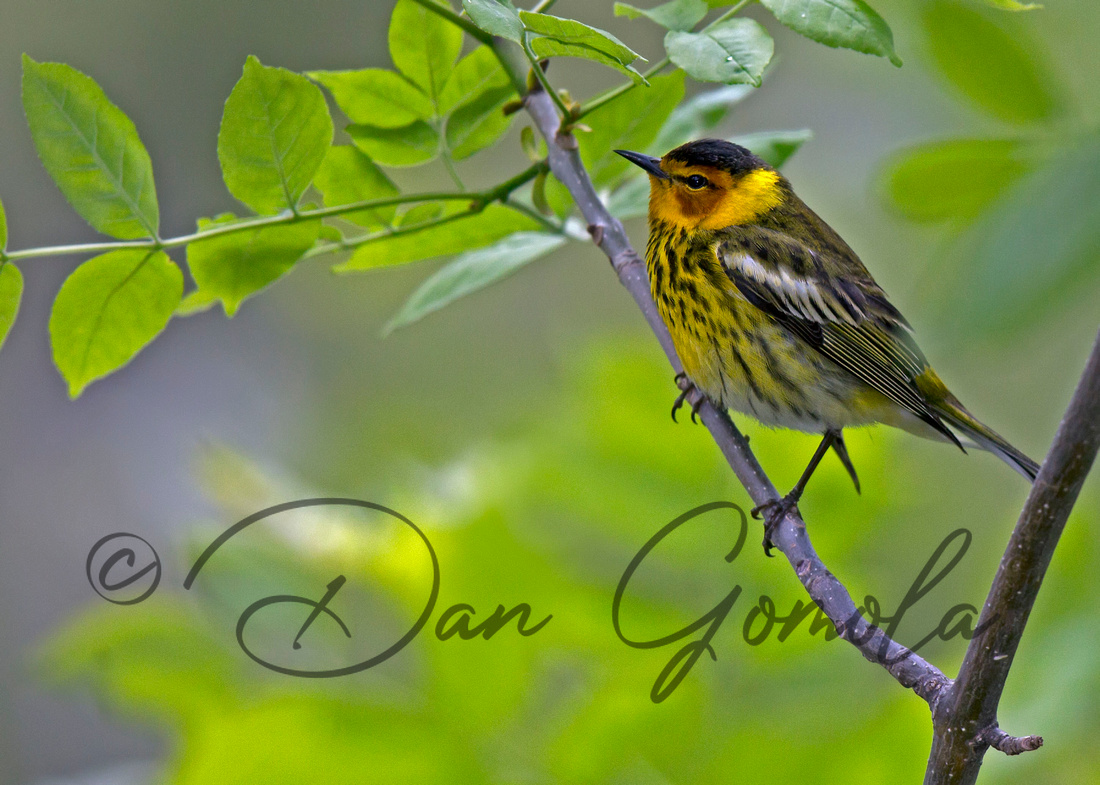 Meet the Mrs.  The female has a grayish cheek and crown, thin, faint wing bars, and is paler overall. 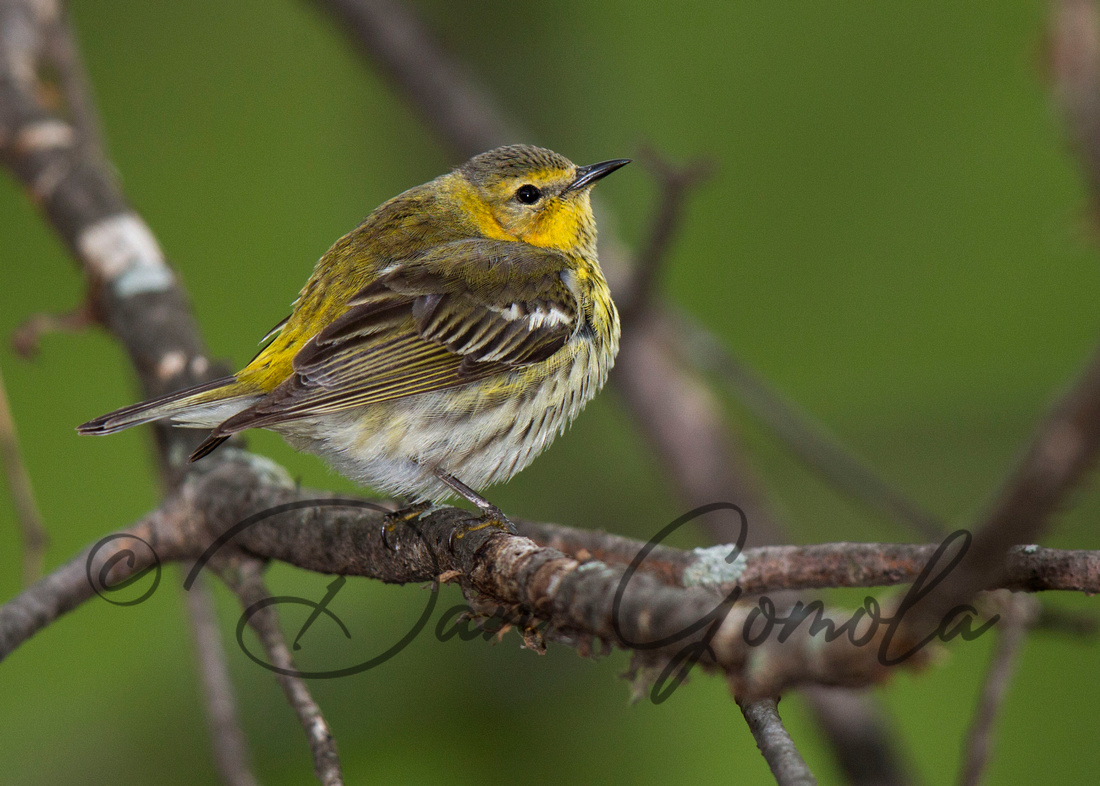 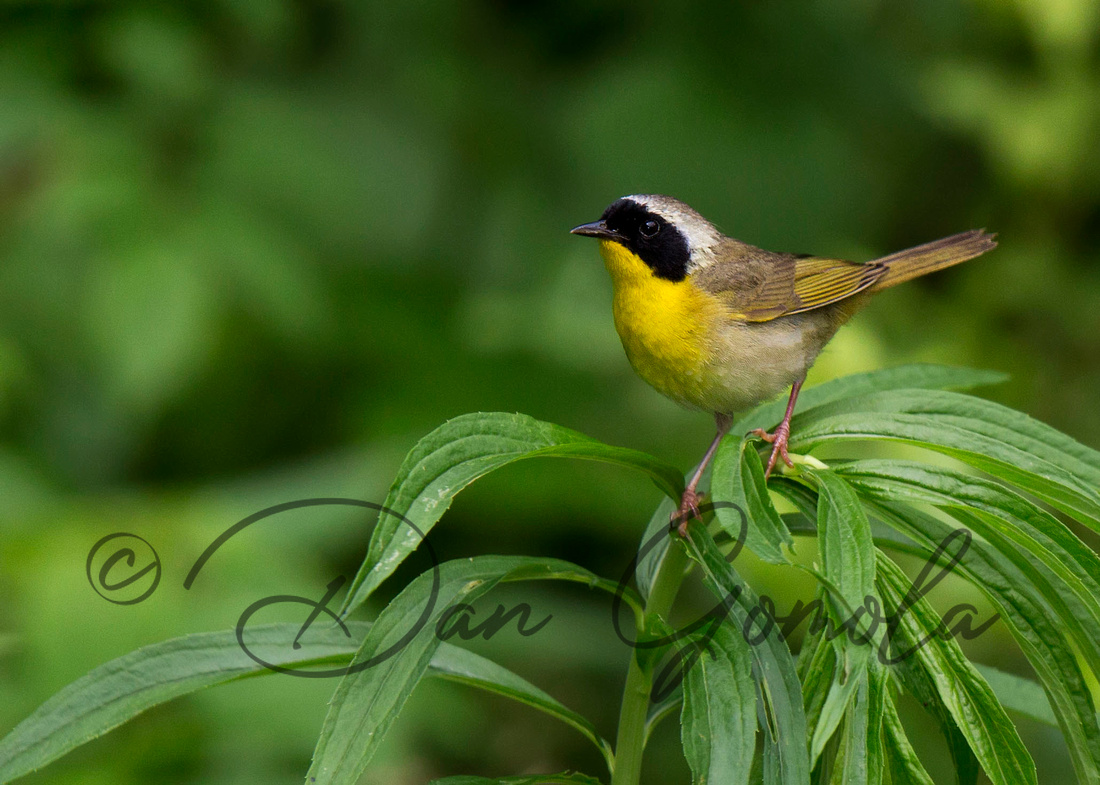 Meet the Mrs.  The female Common Yellowthroat does not have a mask and may show a faint, white eye ring. 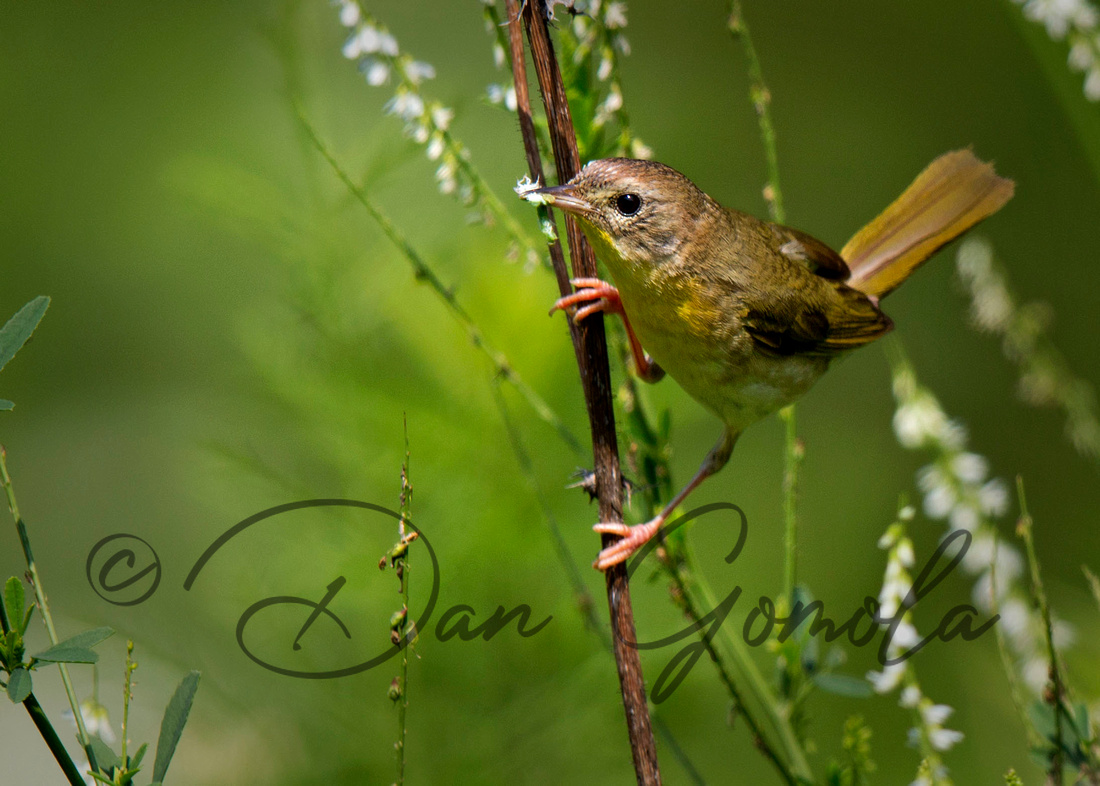 The main distinction of the breeding male Northern Parula is one black and one orange breast band.  They are not visible in this image. 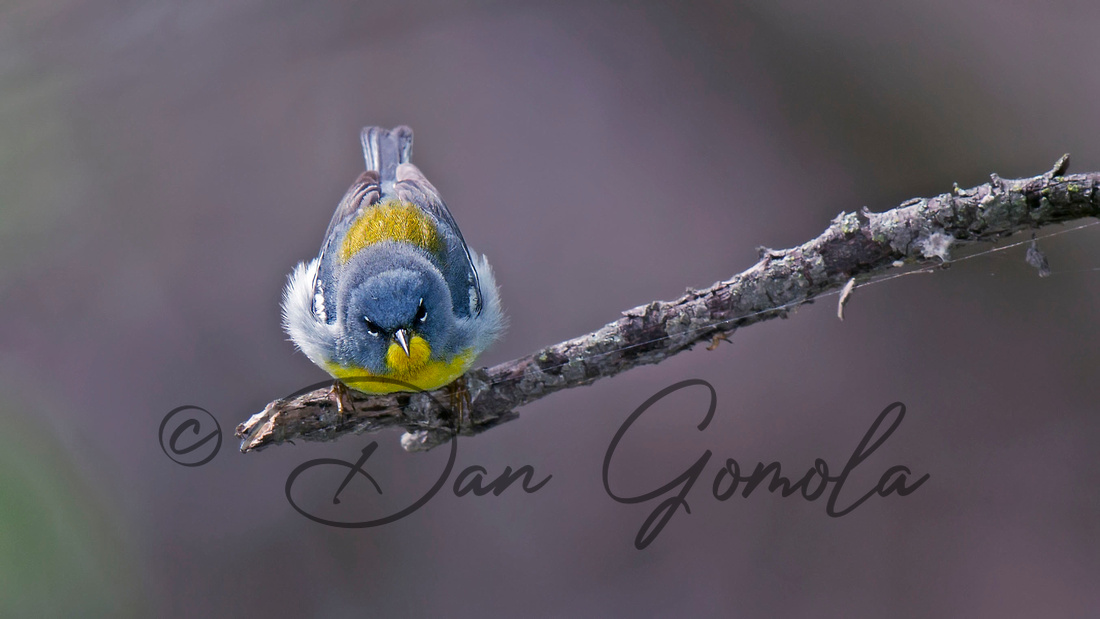 Meet the Mrs.  The female Northern Parula is paler overall and lacks the breast bands. 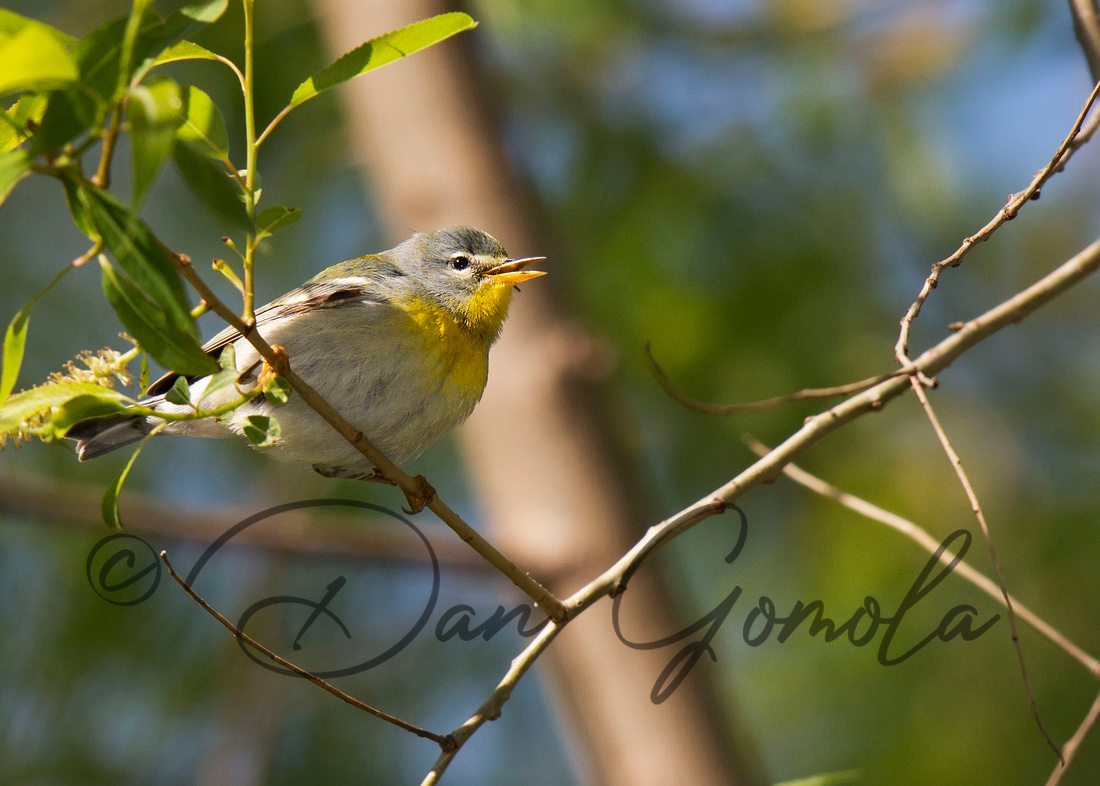 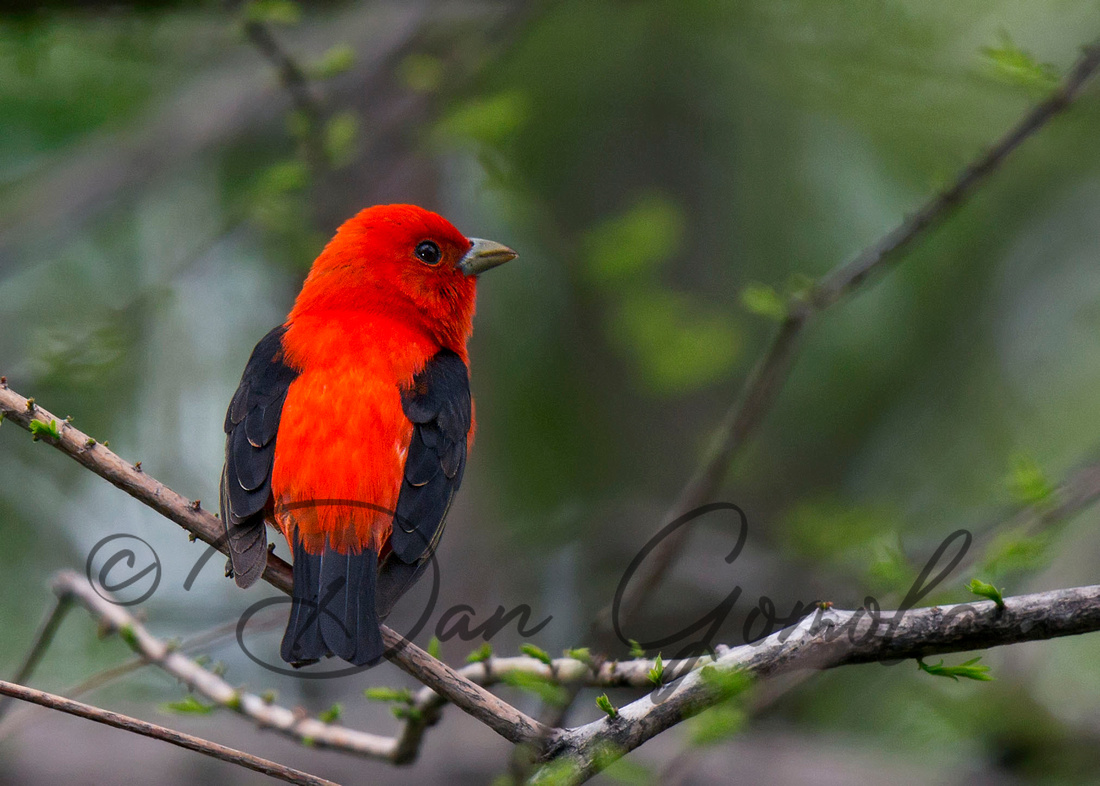 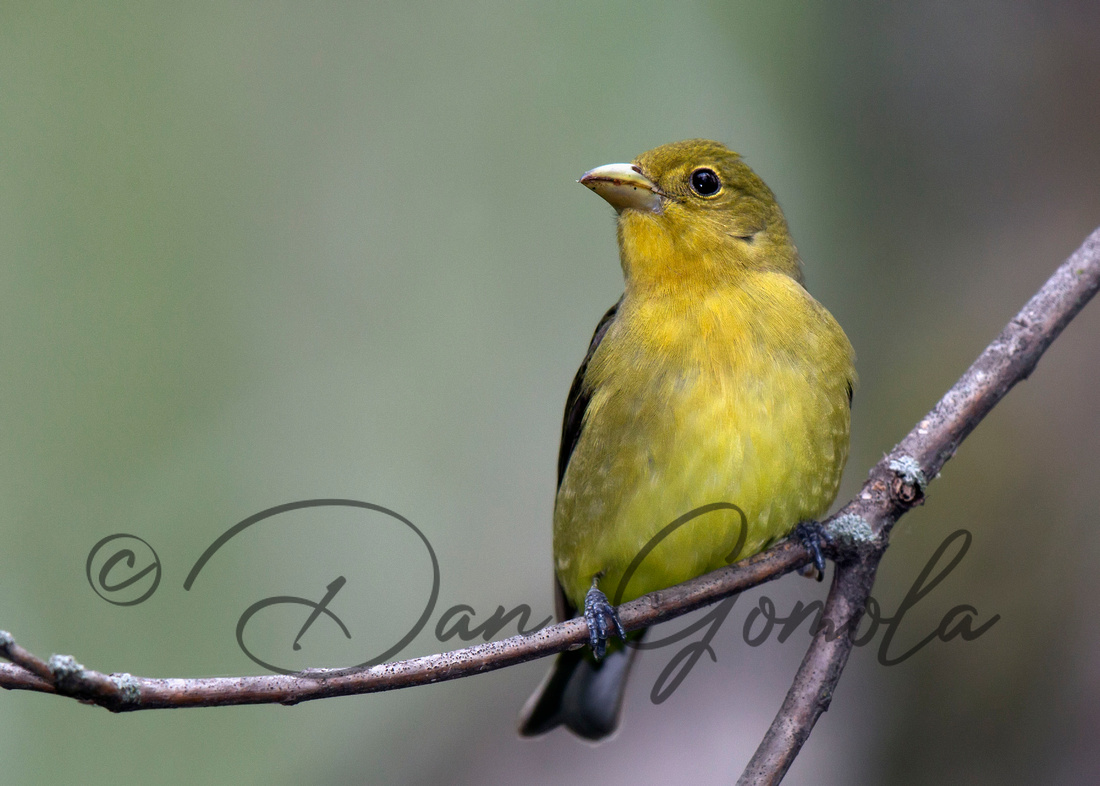 There are a lot of colors and markings in the Yellow-rumped Warbler.  The highlights that differentiate between the male and female are color and markings.  The breeding male has blue-gray upperparts with black streaking and a black breastband and streaking along his sides and flanks.

Meet the Mrs.  The female Yellow-rumped Warbler has gray brown upperparts and breast and less streaking on the sides and flanks. 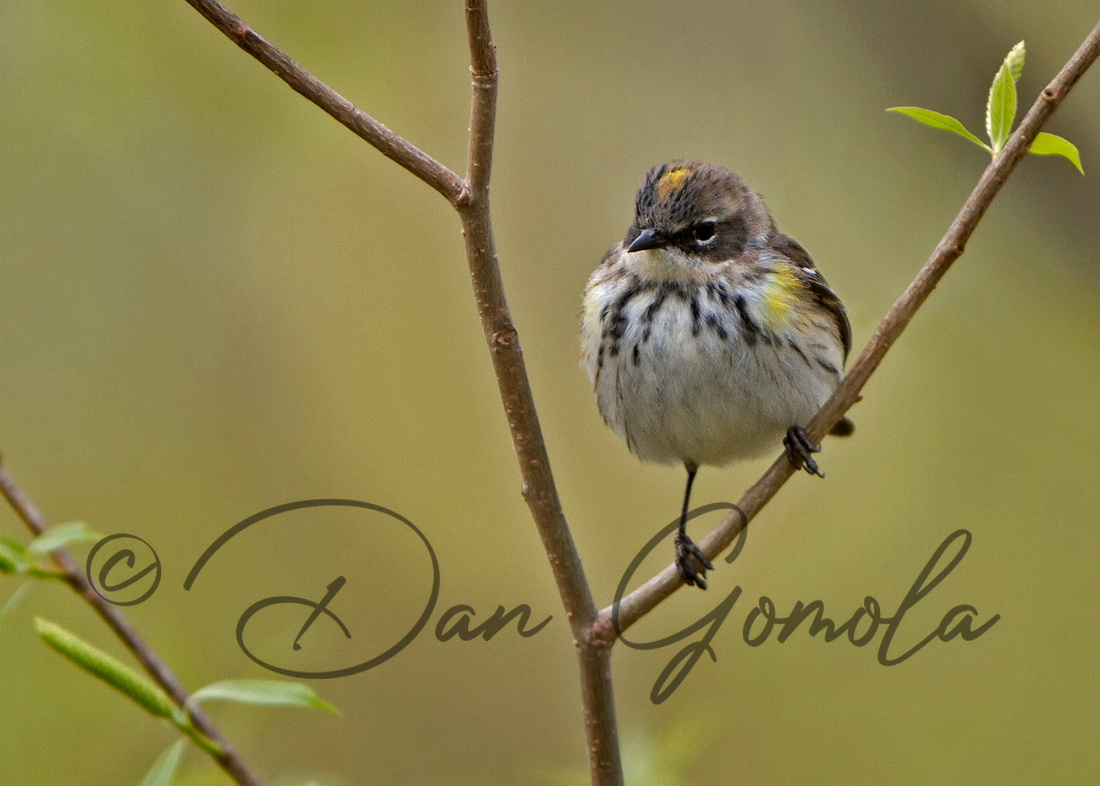 The male Indigo Bunting is blue overall.  He has black lores (region between eyes and bill) and his wings and tail may show some black. 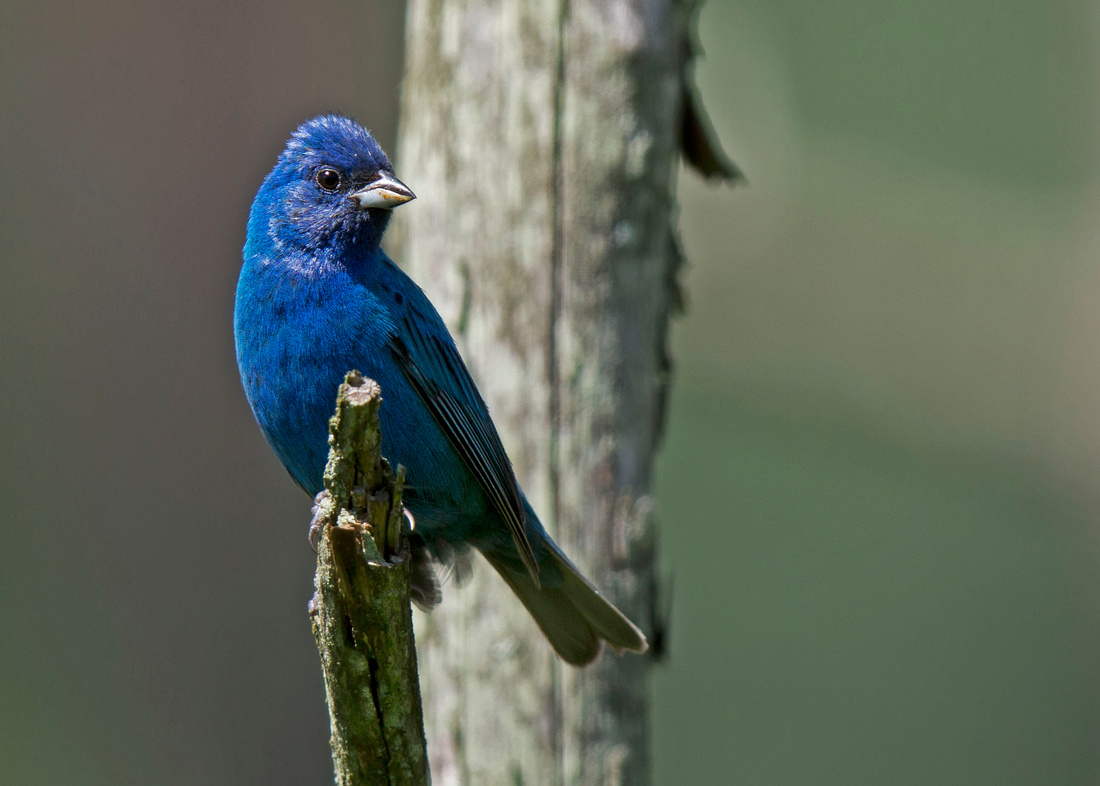 Meet the Mrs.  The female Indigo Bunting is soft brown overall with a whitish throat and brown streaks on her chest. 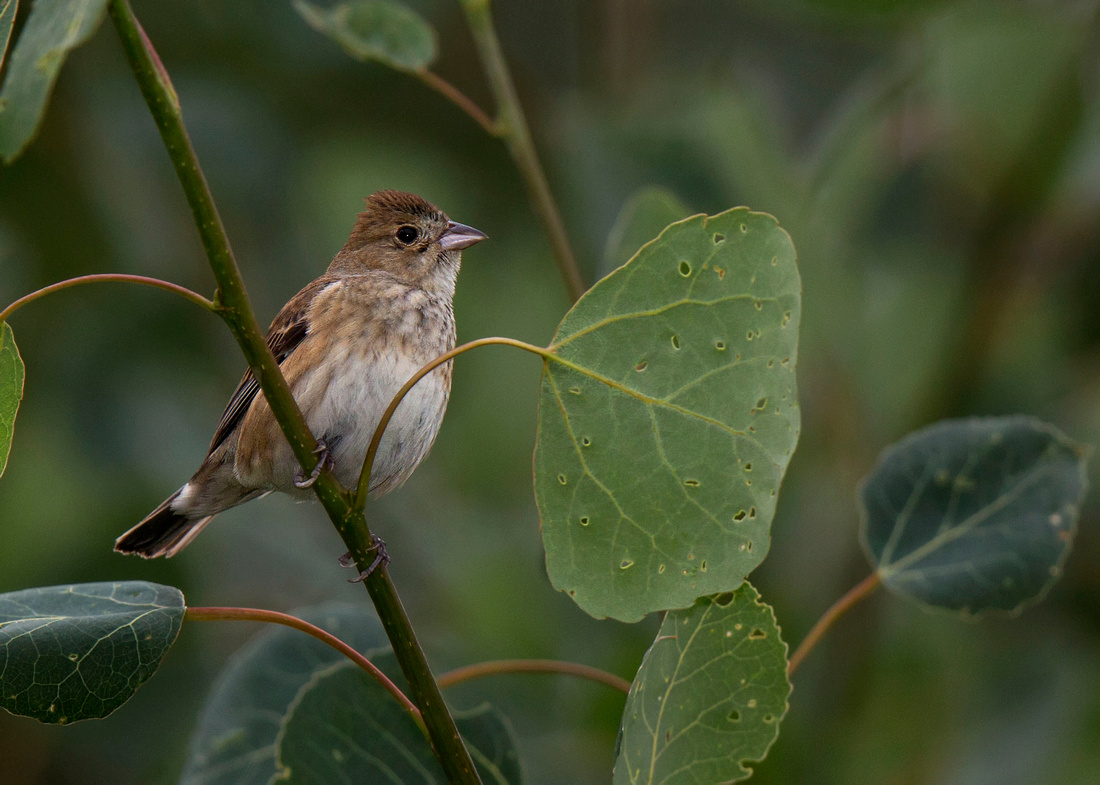 Well, that's all for now.  In order to keep it short, I only highlighted the main differences between the breeding genders.  My goal was to show you something you might not have known about a few of our birds in Pennsylvania.

Also, a special thanks to some members of Facebook's "ID that PA Bird" group for helping me to identify/confirm the female Blackpoll and Cape May Warbler.  I don't want to give inaccurate information so many times I turn to people who know.

Julie G.(non-registered)
I love the theme of this post! Dan, you offer wonderful comparison descriptions and the photographs are truly stellar! Your warbler images are especially impressive, as these birds rarely sit still ... all so very beautiful! Fantastic post!
Don Epstein(non-registered)
While ther may be other Mr. and Mrs bird comparisons I have never seen one. This blog of yours is great, full of fact and beautifully photographed.

Thanks
Eve Yebernetsky Demitroff(non-registered)
GREAT! This really is a great help, as at my feeder I get the different birds and was not aware of who the Mrs was.