How many times have you gone for a walk outdoors away from the noise of distant cars and lawnmowers?  I can go to the same place over and over and still be amazed at the scenery and peace I find.  "In Every Walk With Nature One Receives Far More Than He Seeks" -- John Muir.  I've used other quotes by the famous naturalist, John Muir.  He sure had a way with words when describing the outdoors.  When I can, I like to spread his words of wisdom.

When possible, I like to give some attention to photographing Osprey.  It's fun to watch them nosedive, up to two feet, underwater to catch a fish it saw from 50 to 100 feet above.  Although my opportunities to photograph that feat has escaped me, I don't mind shooting the occasional flyby. 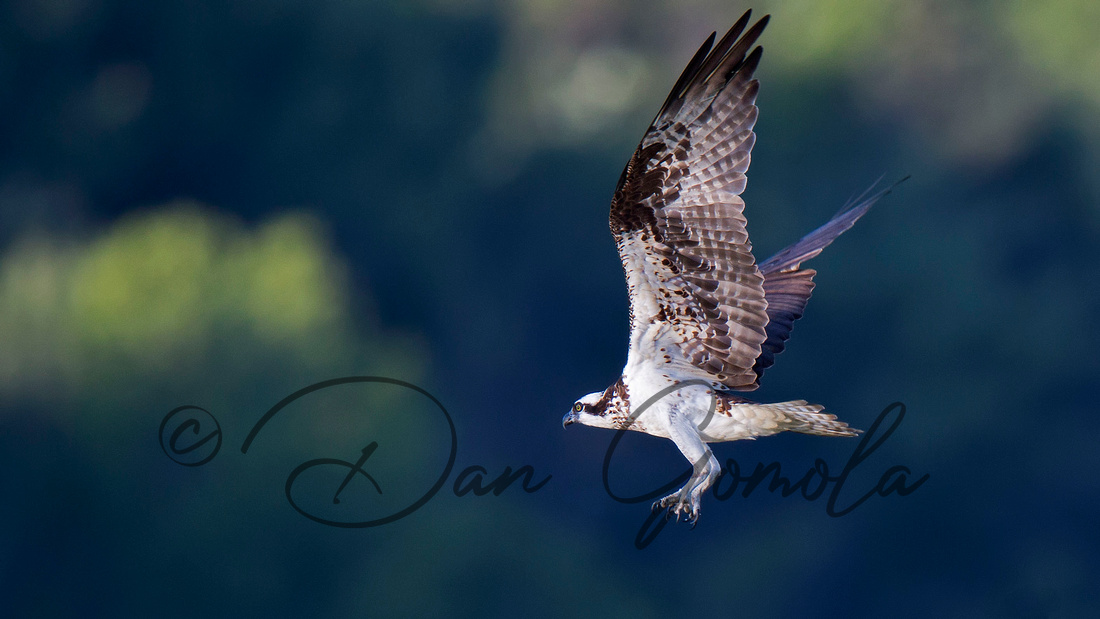 This Osprey paused for a moment on an empty nest. 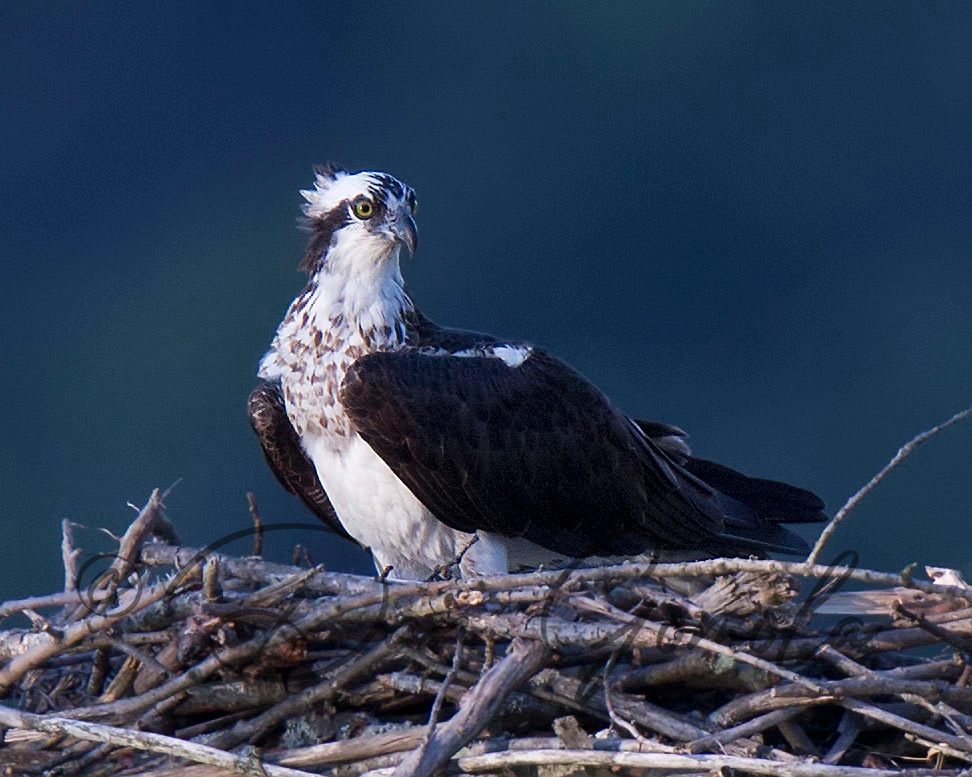 It was a warm, muggy evening when I found this whitetail doe foraging through the dense brush with a small four-point buck.  The buck was a little more skittish than she.  He disappeared into the thickness long before she did.

Sometimes, when I head into the woods, lakes, or streams in search of wildlife, I have in mind what I'm focusing on that day.  If I don't have a plan, I'll just pick a habitat that suits my target and hope to see something.  I've never said, "I'm going out to look for a Pileated Woodpecker".  Their habitat is any large section of mature forest.  When you do get to see one, it is usually by accident and by surprise.  Sometimes, you hear the echo of them chiseling out sections of trees looking for grubs.  Other times, you hear the maniac call as they swoop by.  I was lucky to find this male Pileated Woodpecker exploring a fallen oak in search of food. 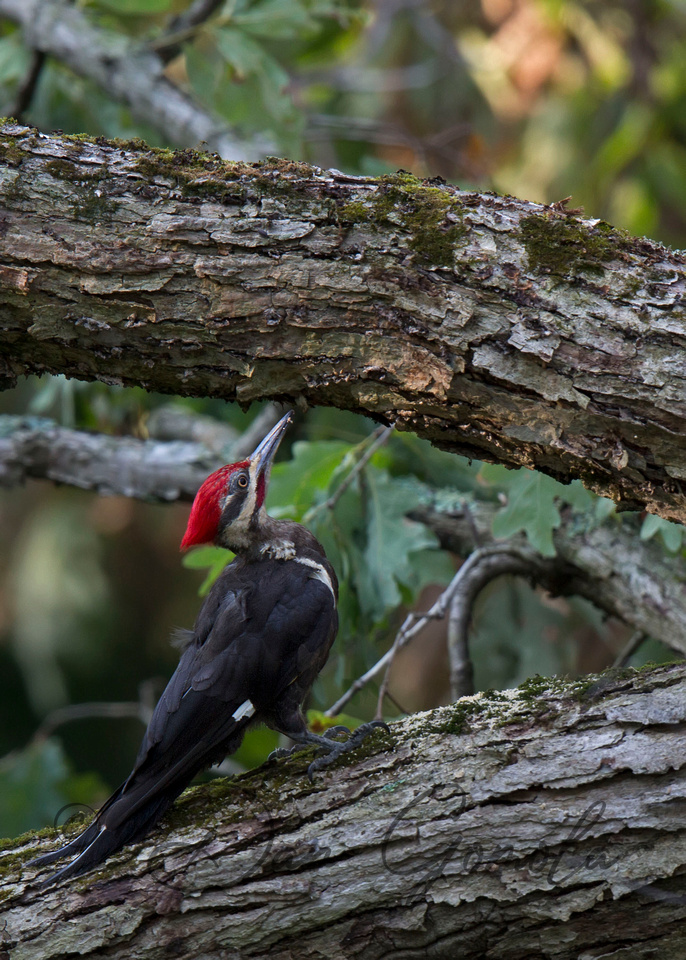 The way to tell a male from a female Pileated is by the red "mustache".  Males have one; females don't.  Also, the male's red crest extends from the back of the head to its beak.  The females red crest gives way to a gray, brown forehead. 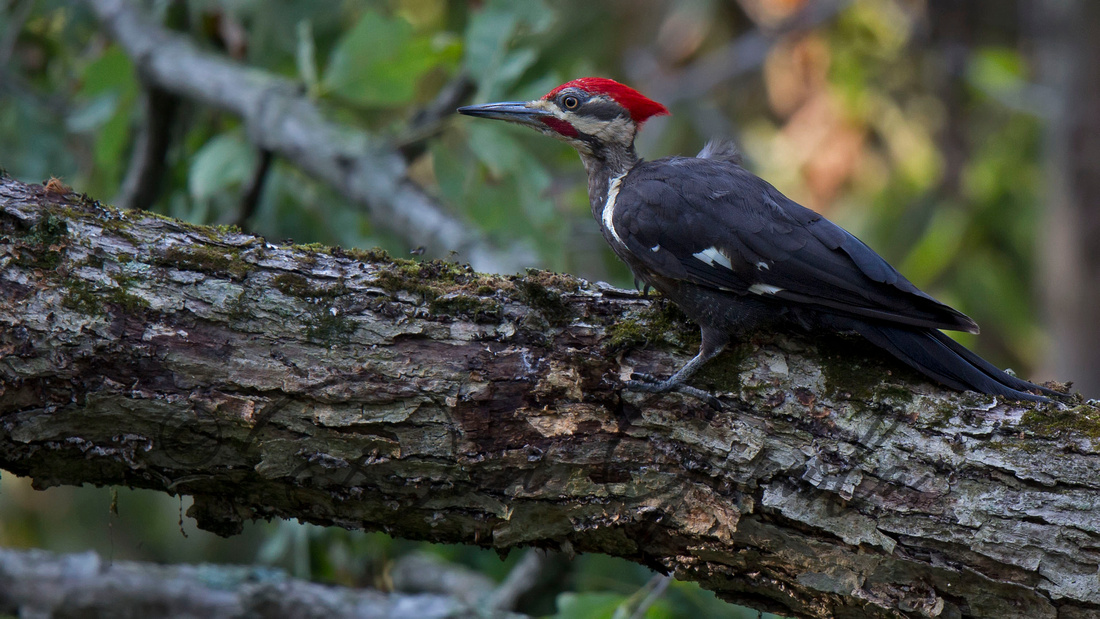 Going from one of the largest, woodland birds to the smallest.  The Ruby-throated Hummingbird loves the sweet nectar of the red Bee Balm flower.  The lighting has to be just right to see the glow of the ruby-red neck of the male. 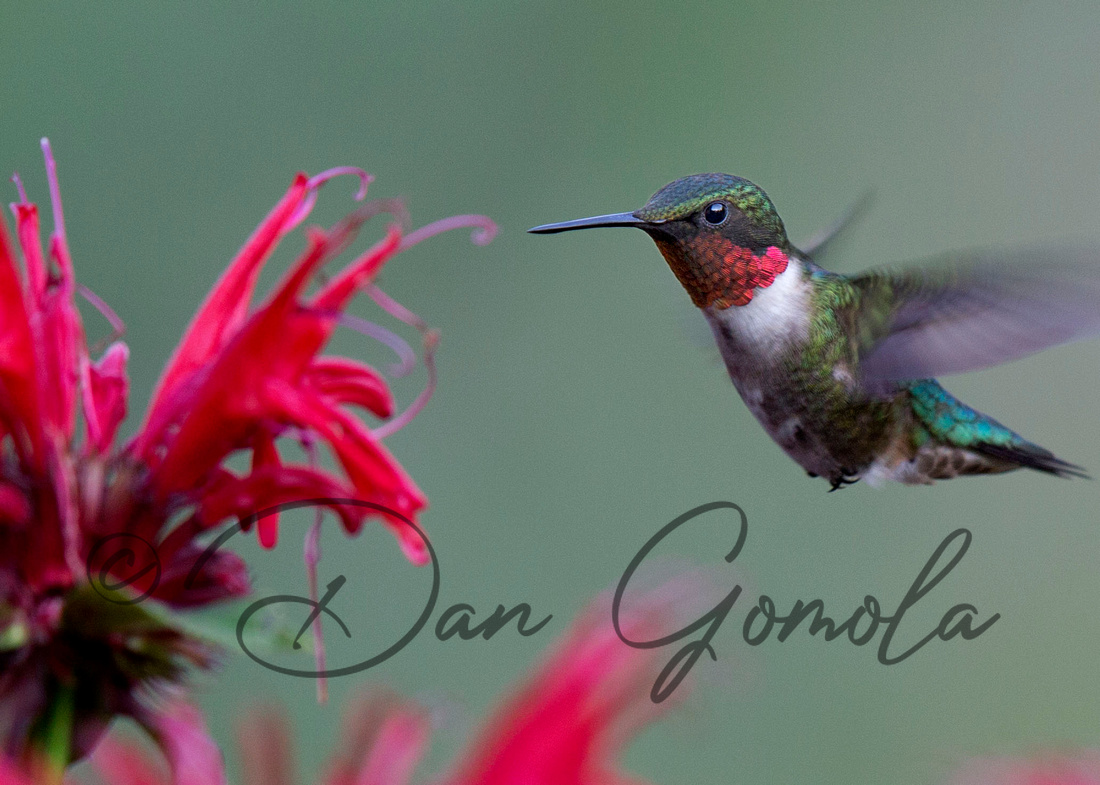 Hummingbirds don't live on nectar and sugar water.  Their diets also consists of small insects and spiders.  It is fun to try to catch a hummer in action but there is something special about watching it land somewhere to rest.  This one actually left its perch and returned many times as it chased small insects that flew by. 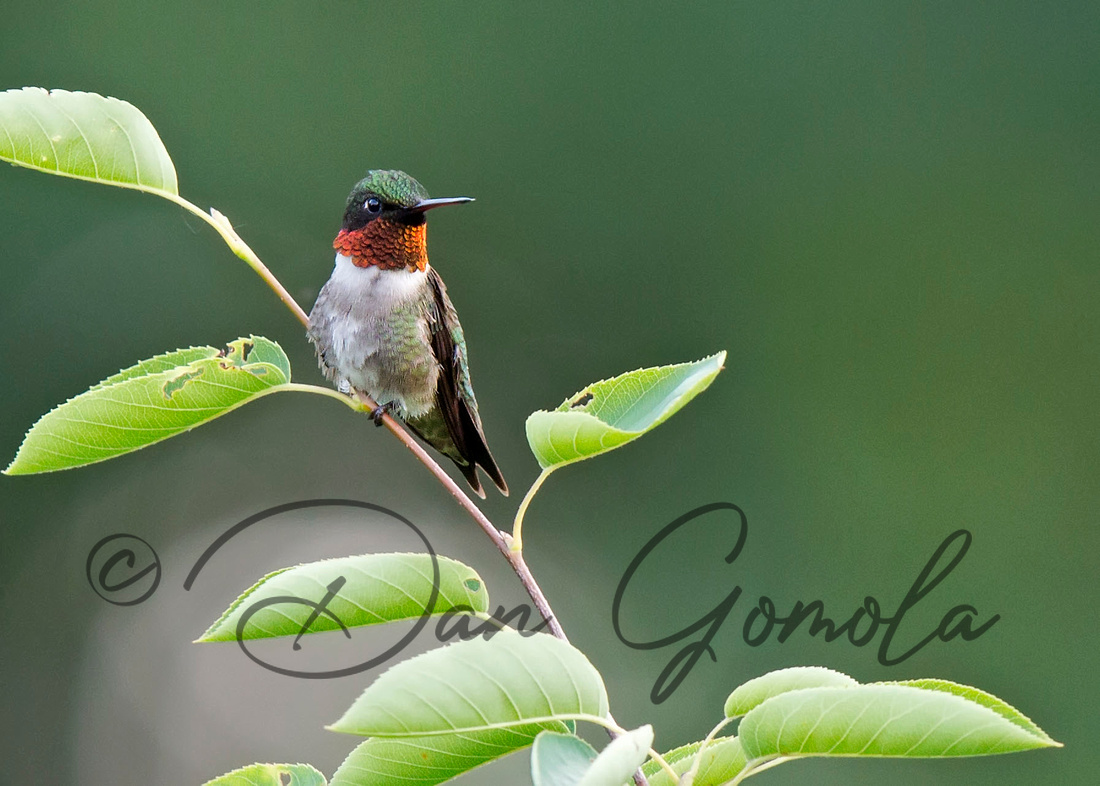 I suppose its belly was full as it began to preen its feathers and fluff up. 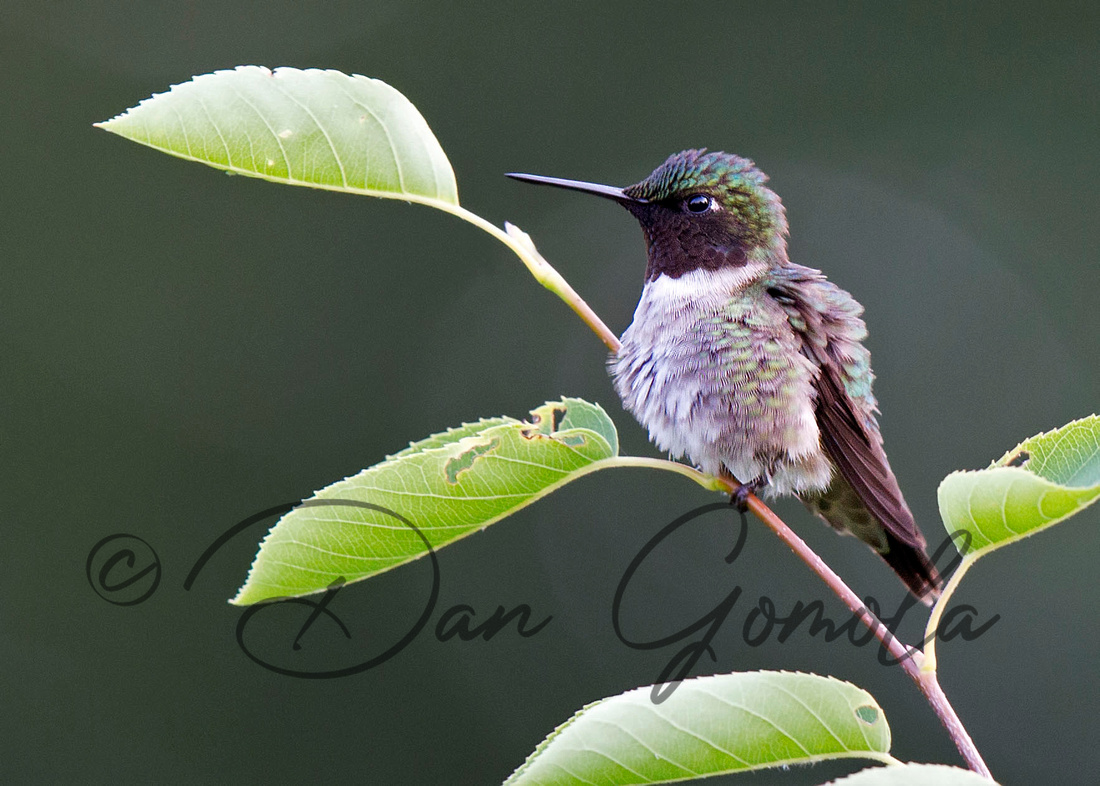 Two adults and five juveniles.  That's how many Eastern Bluebirds I walked up upon one evening.  I watched from a distance.  It appeared as though the adults were teaching the young how to hunt for insects.  It was comical to watch them leave their perch to snag an unwilling insect out of the air.  The baby bluebirds performed flips and circles until either catching their target or letting it get away.  This juvenile Eastern Bluebird waits anxiously for another unsuspecting victim to fly by. 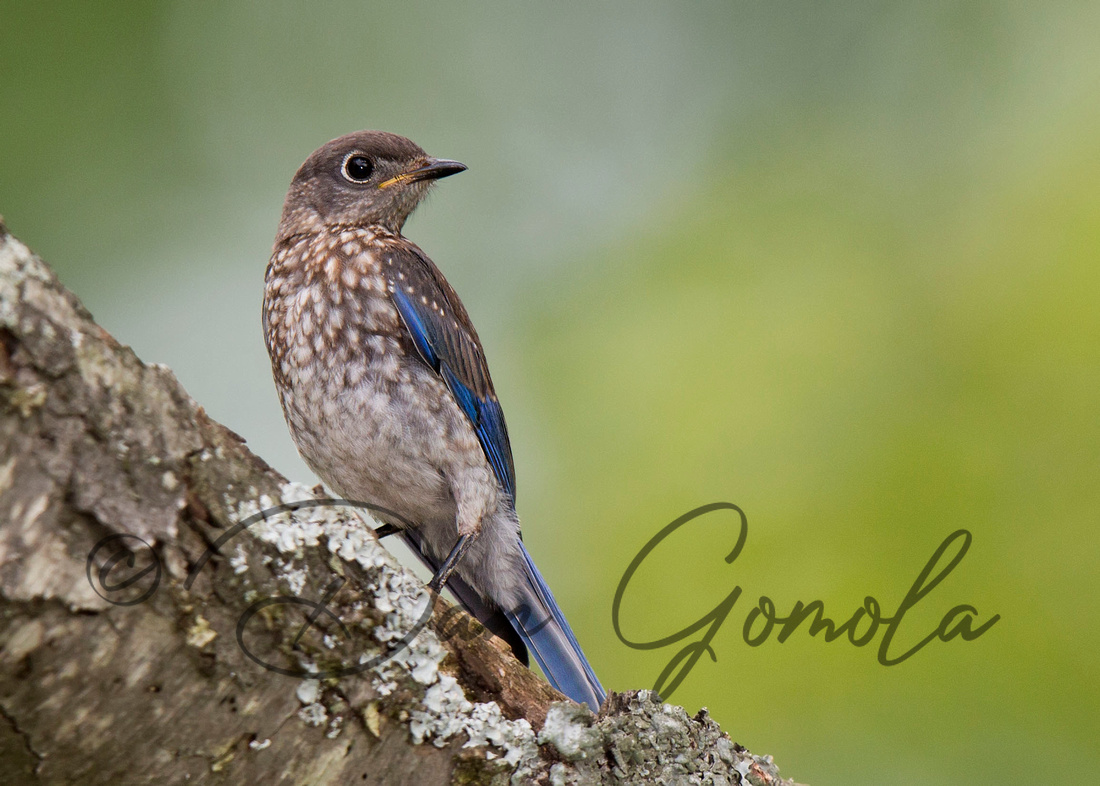 One youngster lands near dad as if to get pointers on catching its next moth. 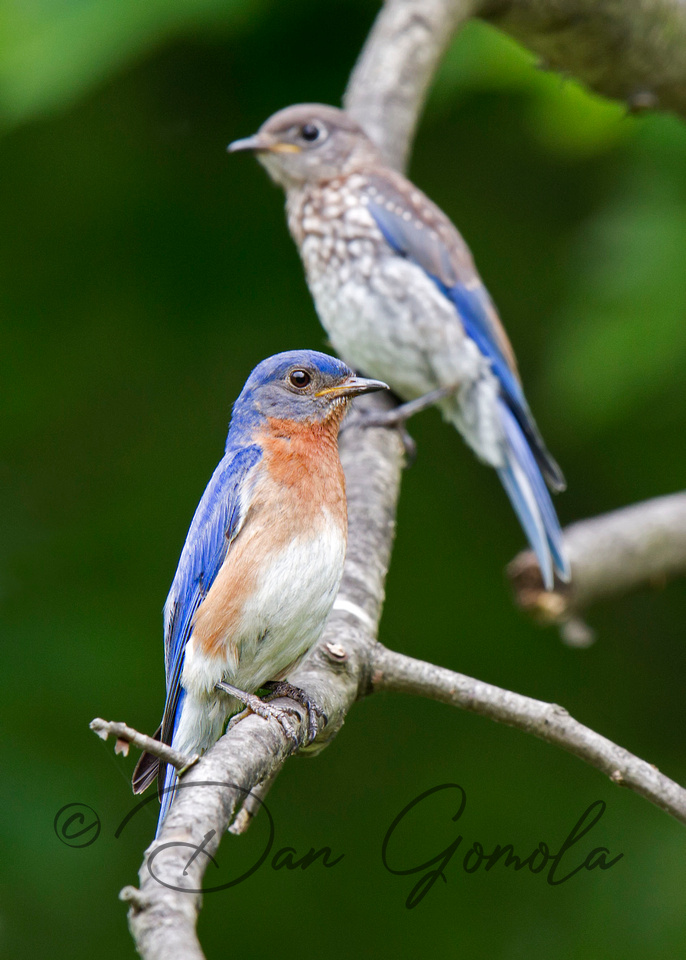 The White-eyed Vireo can be difficult to spot as it jumps through dense bushes and leaves in search of insects.  This one was so deep in the shadows the pale whiteness of its eyes appear dark. 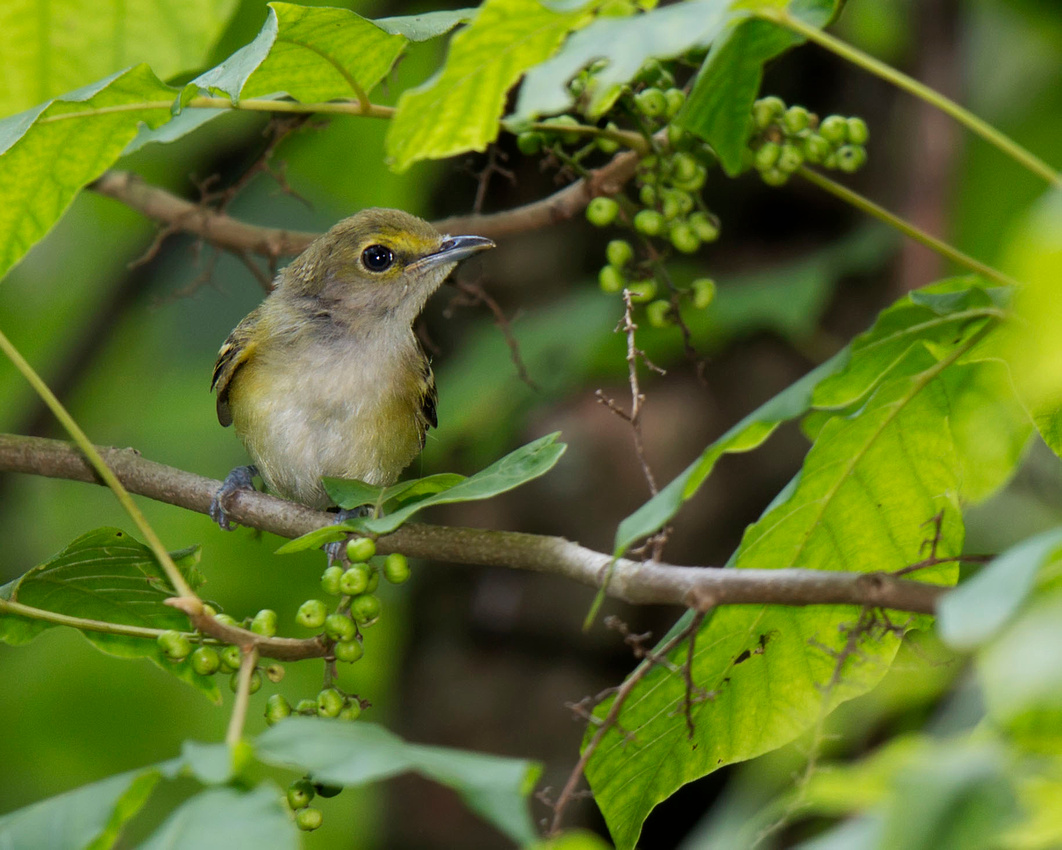 The Red-bellied Woodpecker is one of the most common woodpeckers I see in the woods.  They can stick their sticky, barbed tongue out nearly two inches past the end of their beak.  The male's tongue is longer and wider-tipped than the females.  Perhaps, this is to expand their territory and maximize where they search for available food. 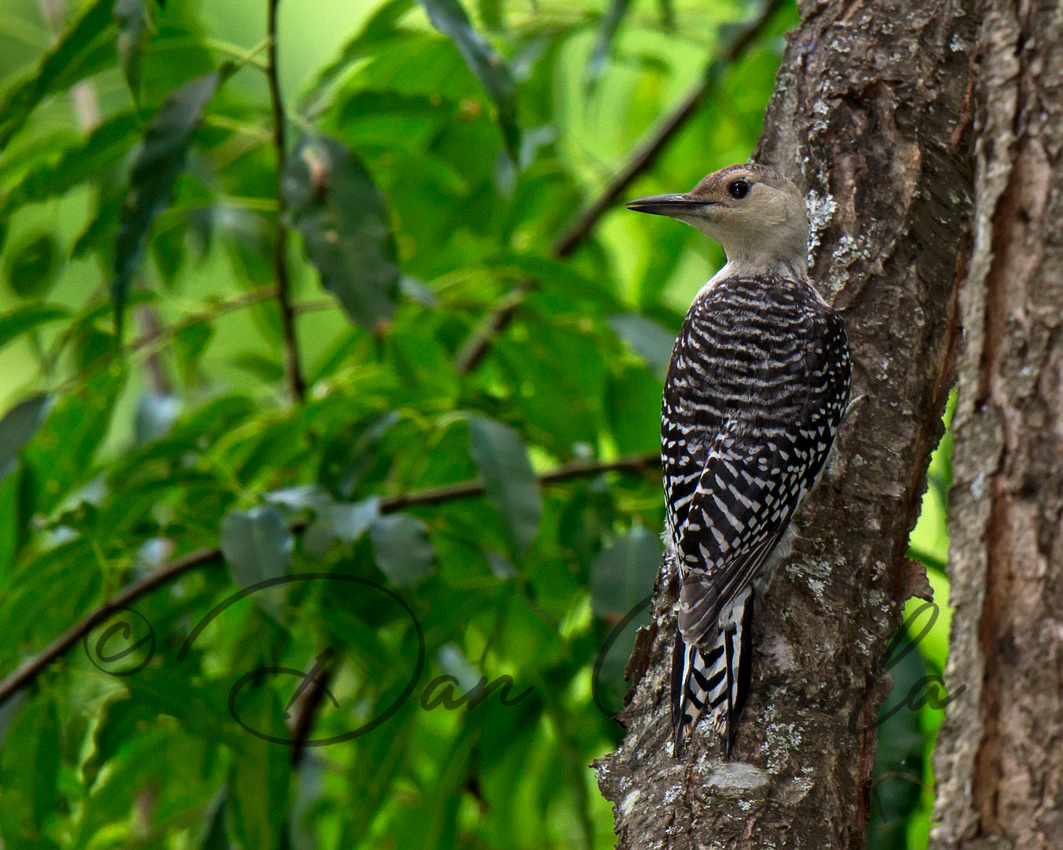 Sometimes, I see White-tailed Deer eating the greenery growing in the shallow, swampy coves of Lake Arthur.  She kept looking over her shoulder as if there were more deer but no more came out.  Could there possibly have been a fawn or two inside the nearby woods line? 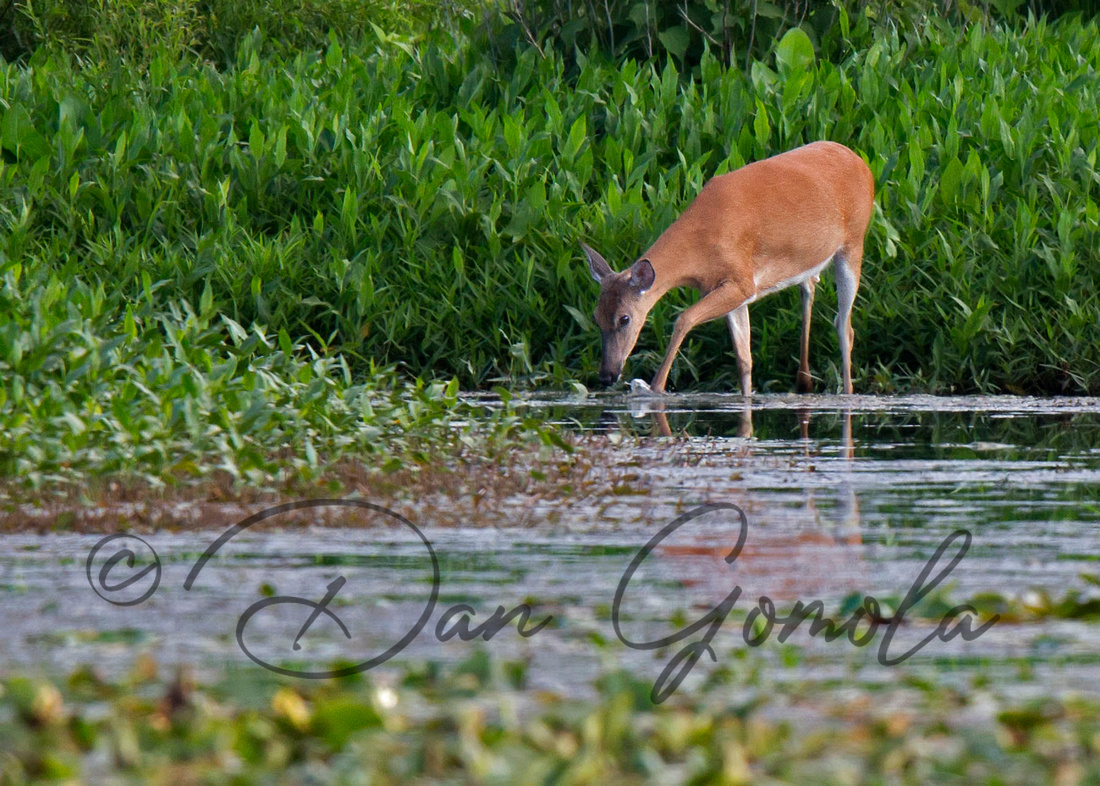 On June 17th, I entered a blog post entitled "In Search Of... New Life On The Water", which contained photos of a portion of a Wood Duck family.  I've seen the family since then in the same area but didn't get any new photos until the one below.  It looks like one of the ducklings, which all look alike when they are small, is developing characteristics such as red eyes, and white chin and throat markings, identifying it as a male. 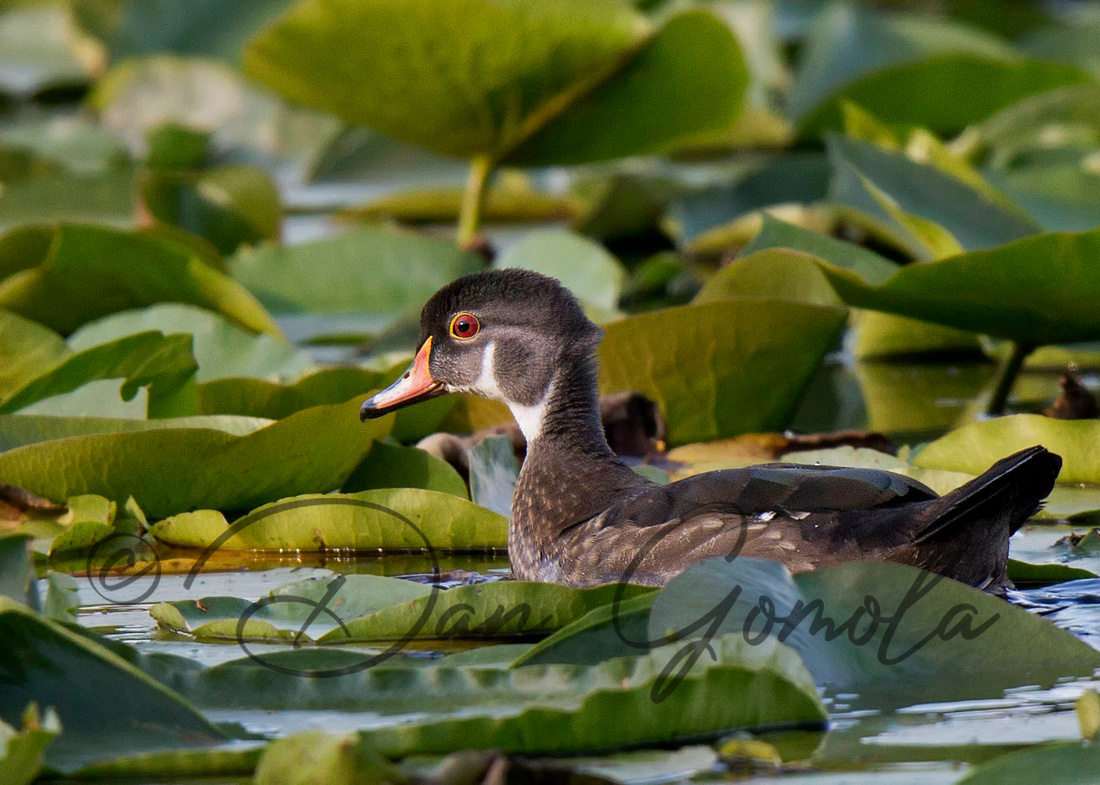 So there you go.  You don't always need a reason or a purpose to get out and enjoy nature.  That attitude will never bring disappointment.  As a matter of fact, it will most likely bring a sense of excitement because of what you have seen.