So, those of you who have ever been to Benezette, PA, how many went home without at least one photo of an elk?  I did.  Twice!

Within the last month I made two 2.5 hour trips to Benezette specifically looking for bull elk in velvet or young elk calves.  I saw a lot of cow elk at a distance but came up empty on the bulls and calves.  The first day presented rain that was forecasted to end in the early morning.  It finally stopped falling after lunch.  On the second trip, my wife, Elena, and I were welcomed by warm weather and sunshine.

Although I didn't find what I was in search of, I was not disappointed.  Below is a panorama made from the Winslow Hill overlook.  Using Photoshop, I created it using three images; a process called "Photomerge".  The area known as "the saddle" is centered around the distant hilltop in the center of the photograph.

There is one big bull you can see 12 months of the year.  It is a beautiful, bronze-colored, life-size, bull elk statue mounted in front of the Elk County Visitors Center. 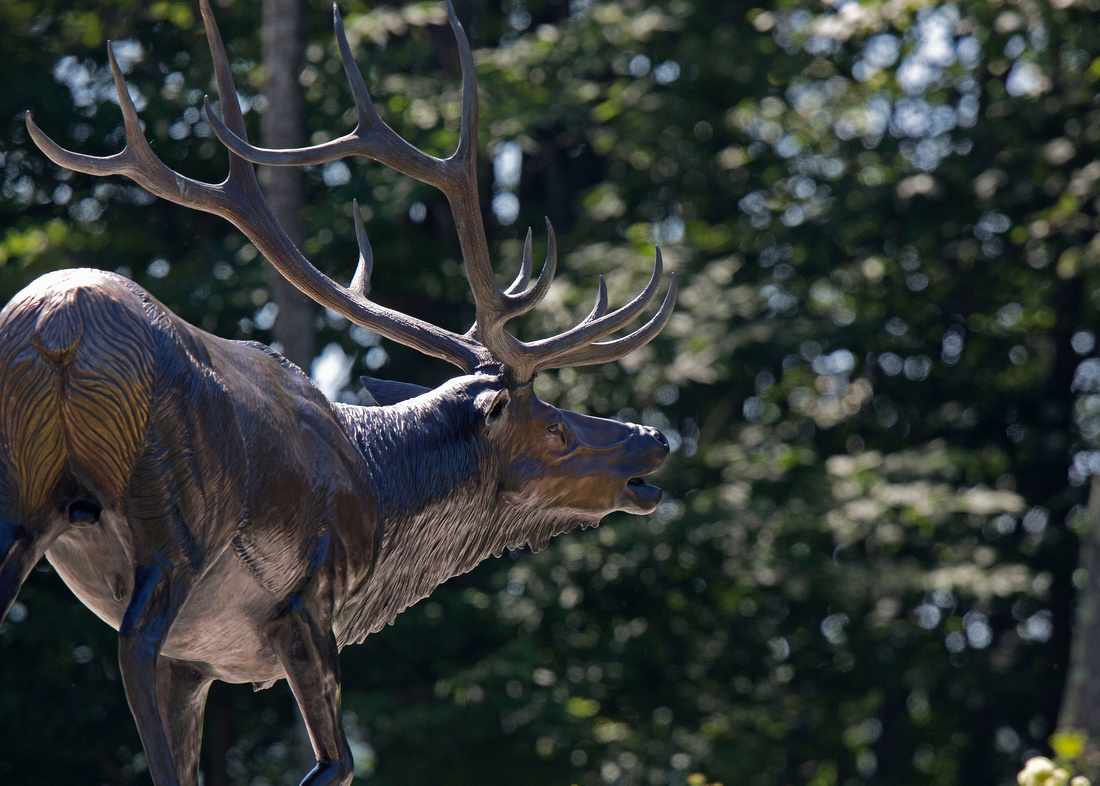 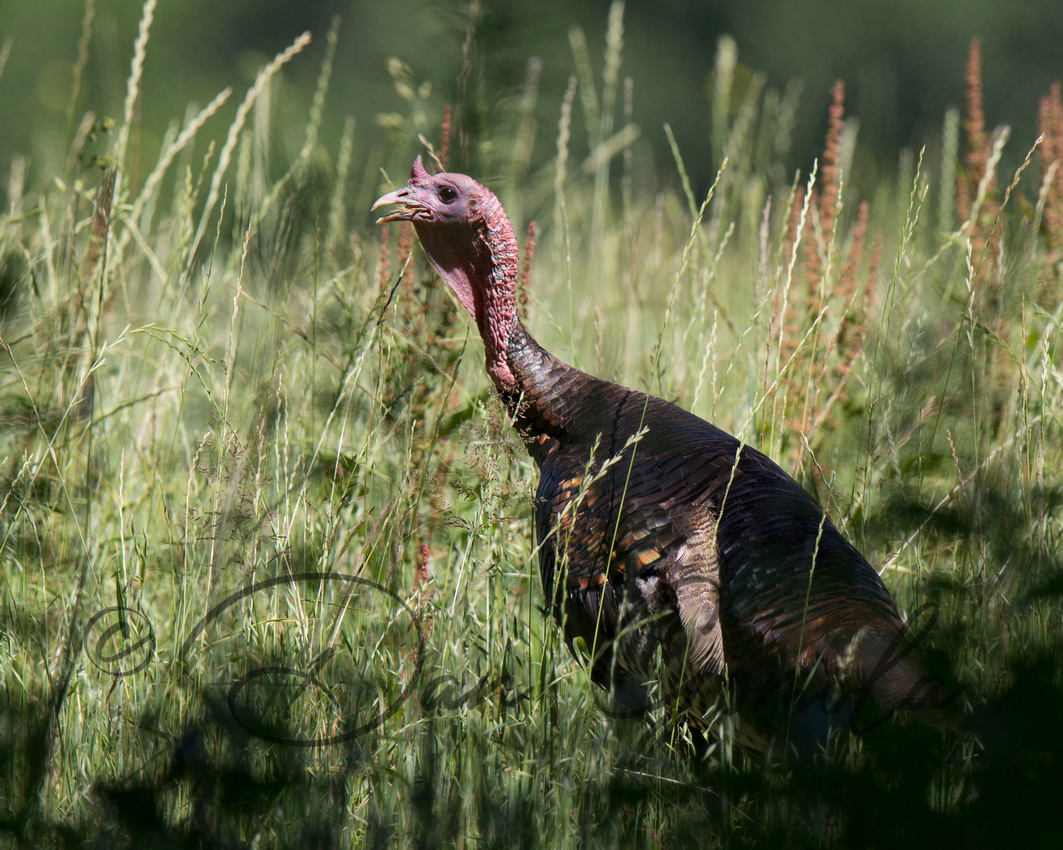 These same fields are home to many bird species like the American Goldfinch. 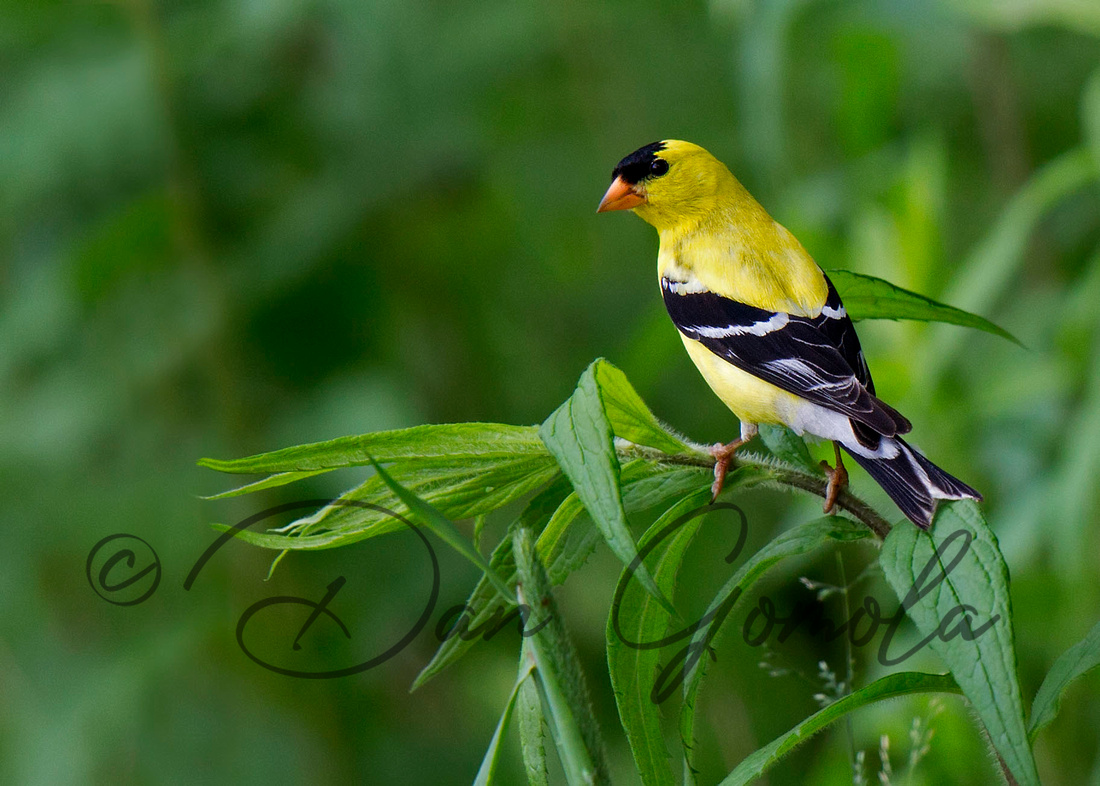 It was nearing 9:30 A.M. and the heat was building.  Most of the elk have disappeared into the woods.  Elena and I decided to hike into "the saddle" for birding opportunities.  Eastern Meadowlark and Bobolink are frequently seen up there.

The view from the top of "the saddle" is breathtaking in all directions.  All you hear up there are the birds calling and the wind blowing.  Come September, during the elk rut, the eerie sounds of bugling elk will ring through the valleys.

Below is a view from the top.  It shows the popular viewing area known as Winslow Hill, Dewey Road, Porcupine Run, you pick it.  In the center, top of the photo, you can see a couple shiny spots as the sun reflected off windshields of automobiles parked at a designated viewing area.  That is the spot I shot the panorama from that I opened the blog with.  Again, in September, cars and people will fill the parking areas along Dewey Road running down the center of the photograph. 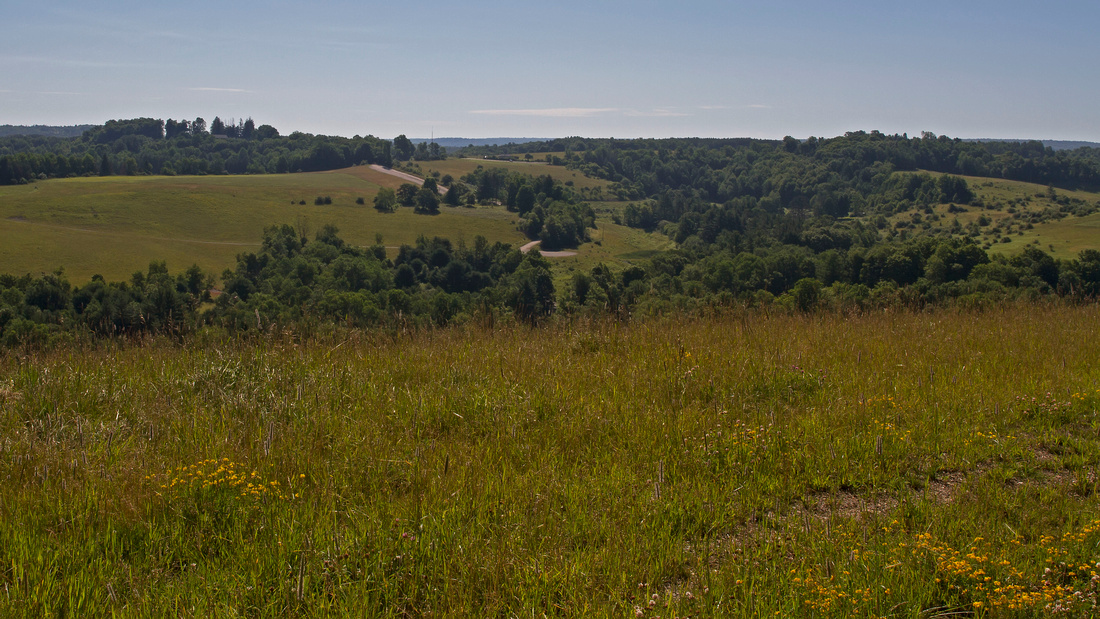 View From "The Saddle"

Few trees populate the top of "the saddle" but this Downy Woodpecker found one. 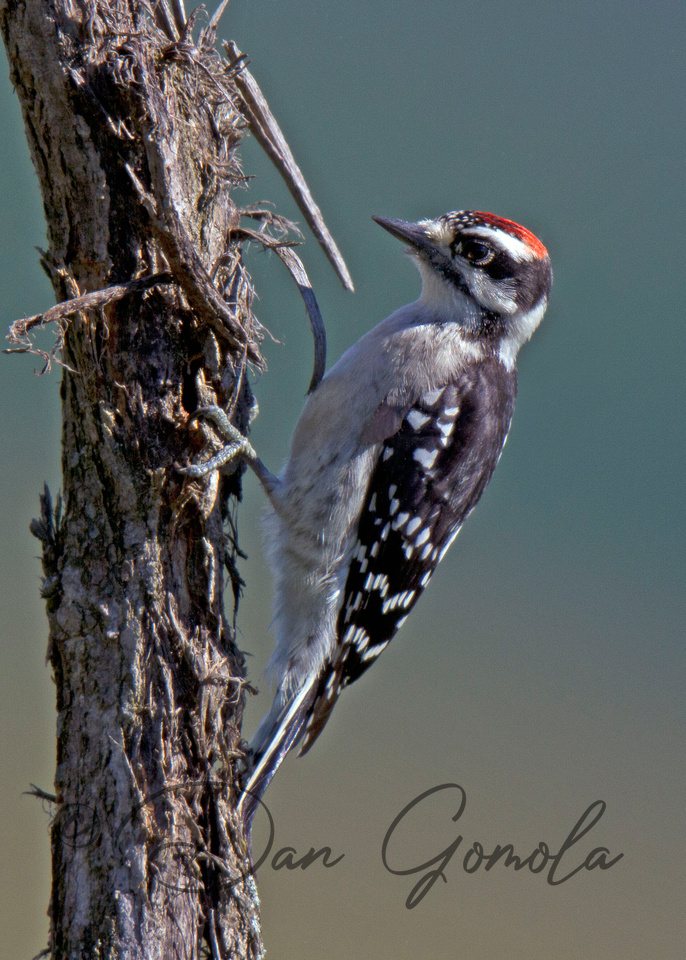 Red-winged Blackbirds are abound.  The female, perched in some wildflowers, was taking time to preen.

As we continued up the hill, we began to hear the flute-like whistle of an Eastern Meadowlark.  I found it perched on an old, leaning, fence post. 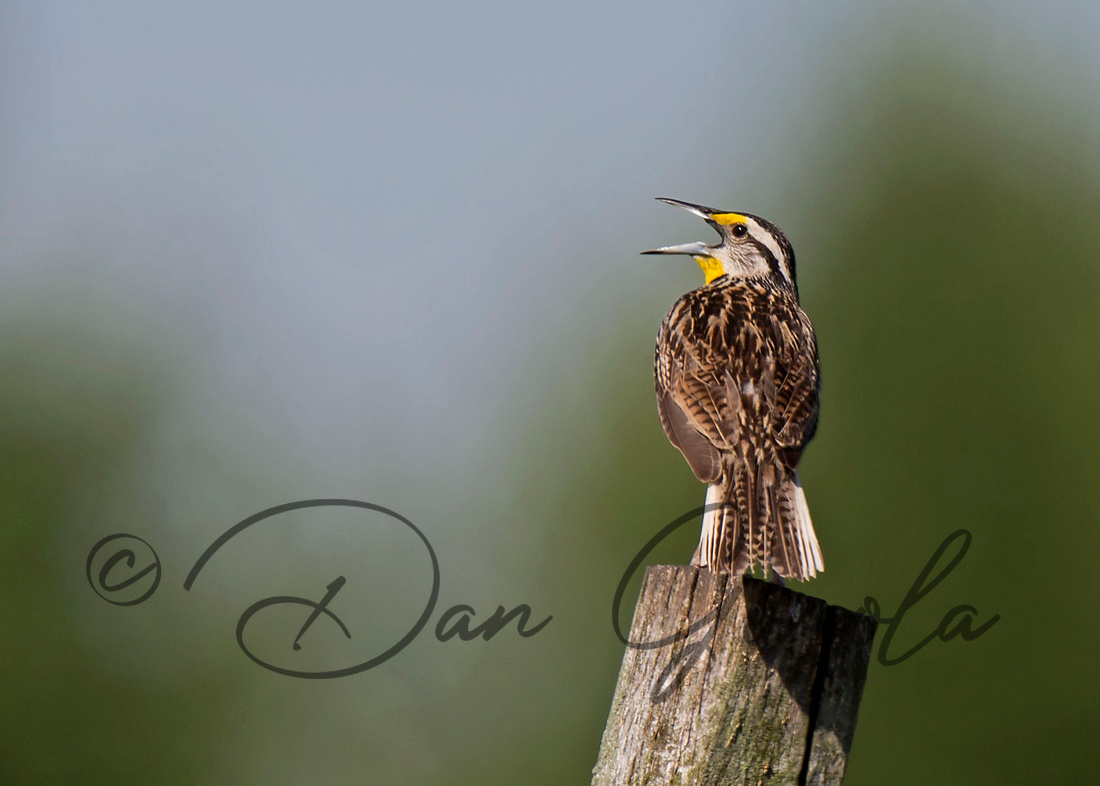 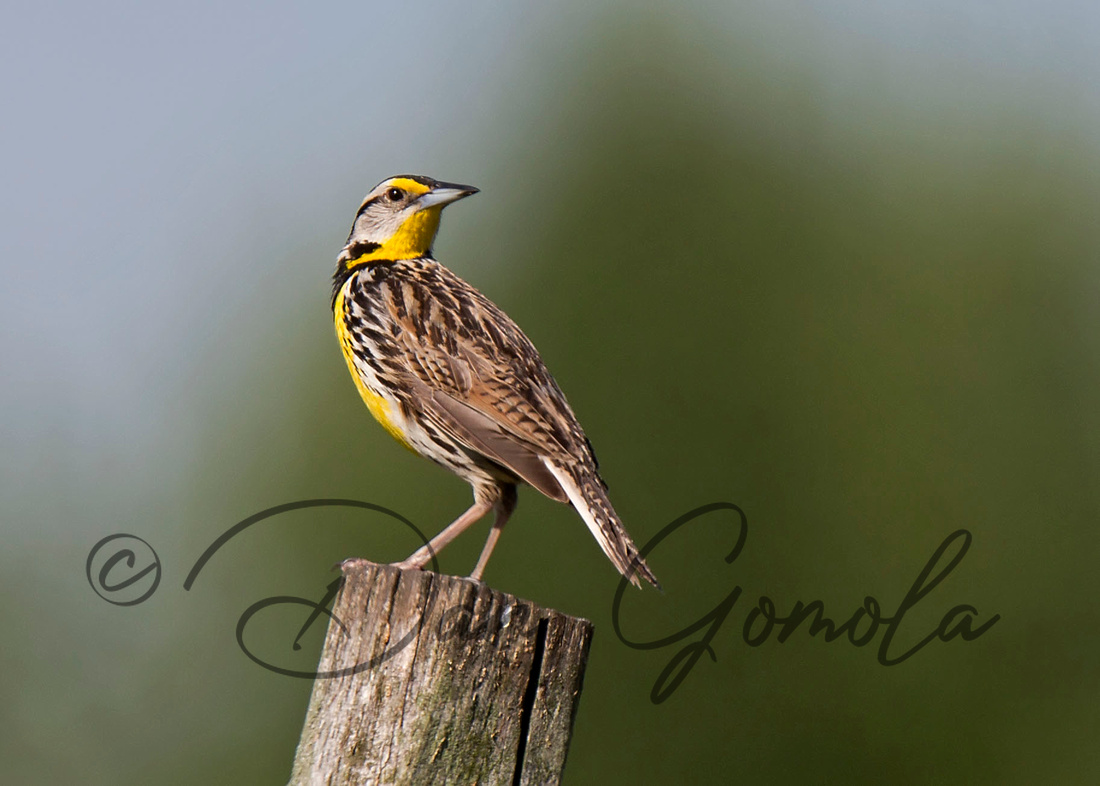 Many times I tend to ignore the little sparrows flying, what seems to be, everywhere.  I did capture a few shots and I'm glad I did.  It turns out these sparrows are Savannah Sparrows, a bird I can now add to my life list. 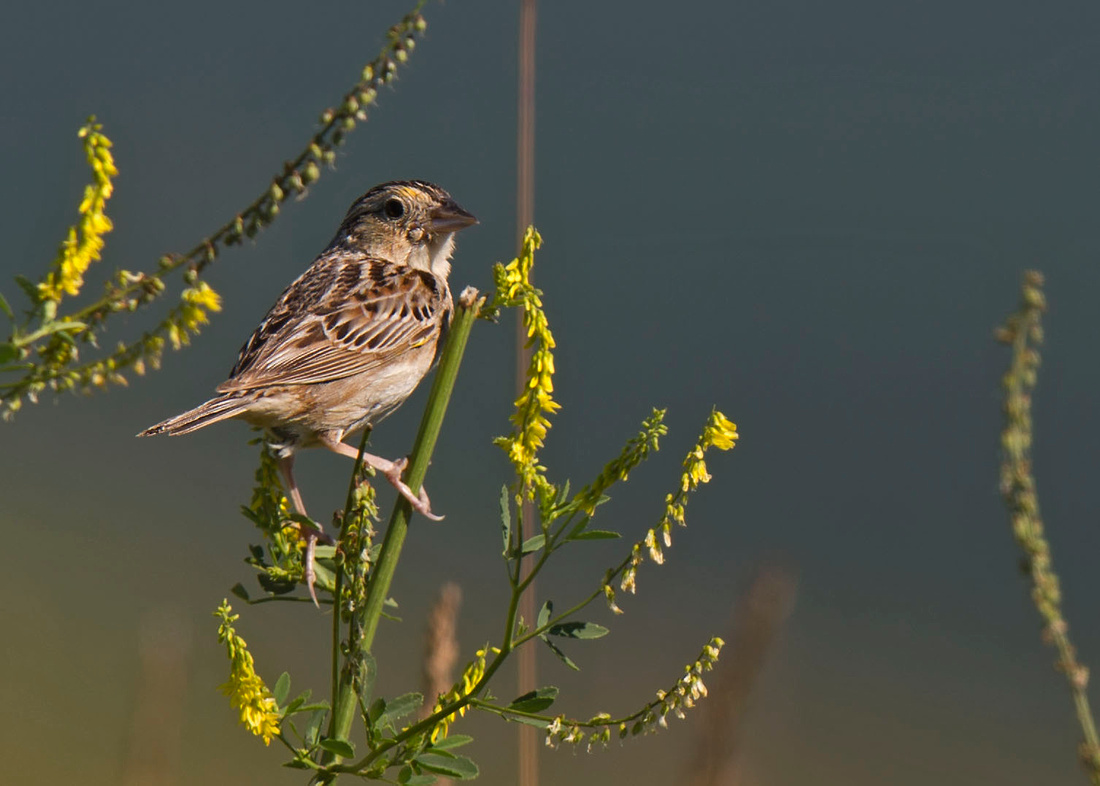 While heading back down the hill, we encountered another Eastern Meadowlark.  I liked the backdrop so I attempted to get closer, stopping for photos along the way. 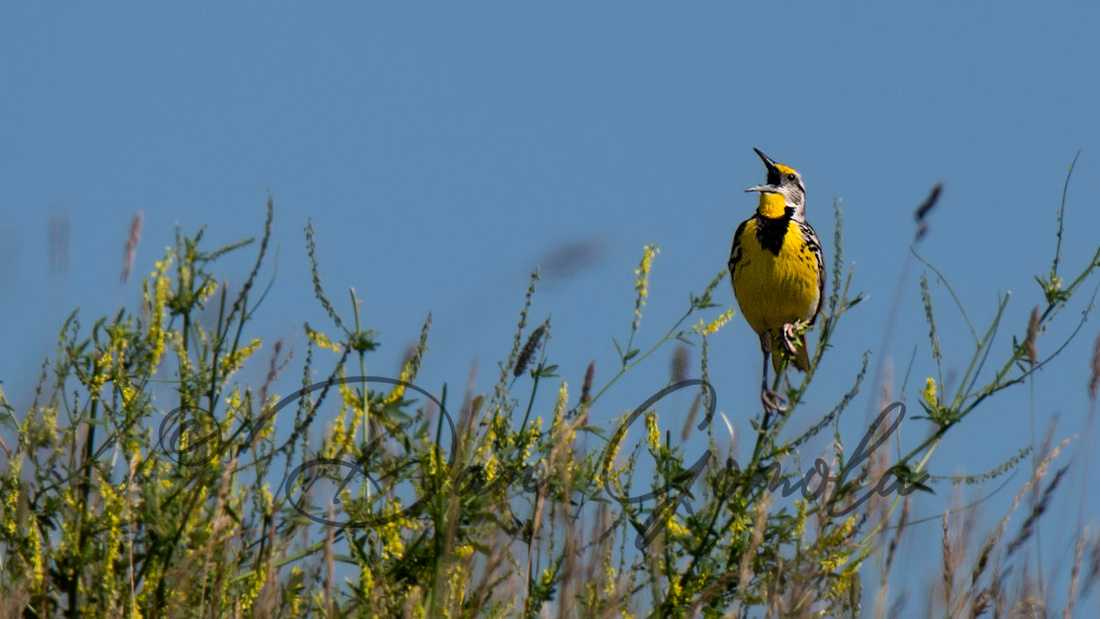 We didn't see any Bobolinks this day, but that's ok.  Maybe next time. 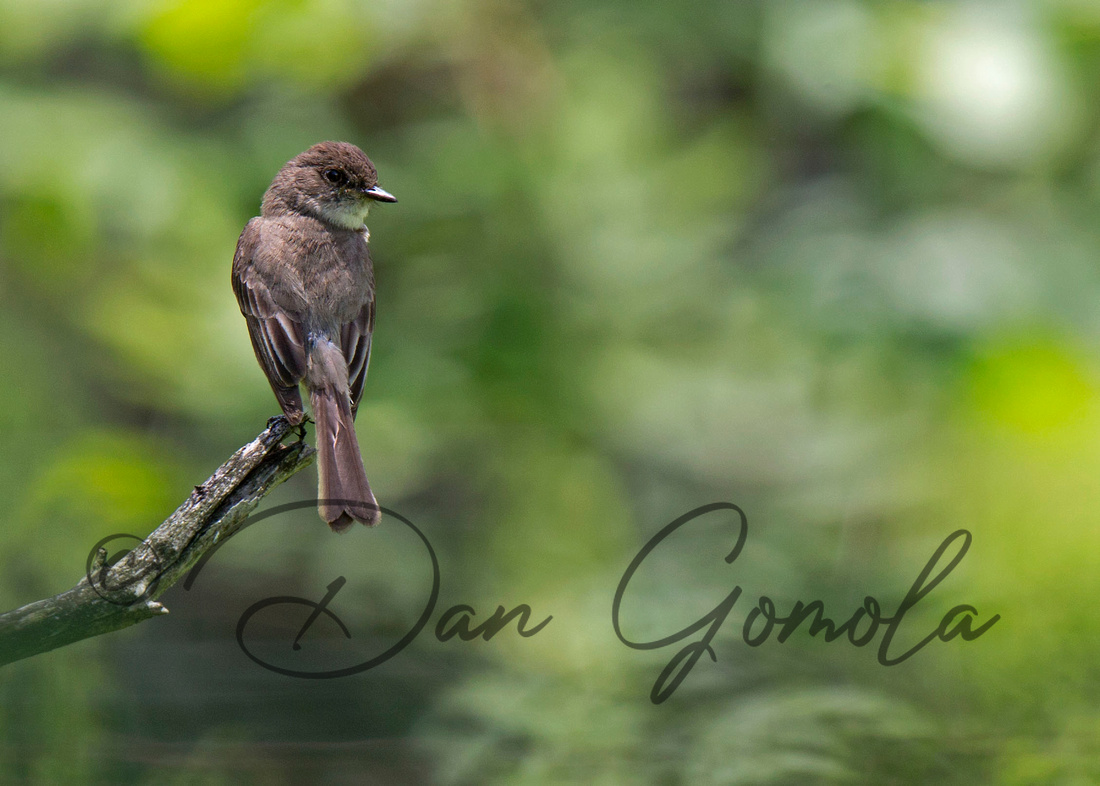 Another bird I can add to my life list is the Great Crested Flycatcher.  A common bird of the eastern woodlands, it is usually found high in the trees.  This one however, ventured into the lower section of the trees and ground vegetation. 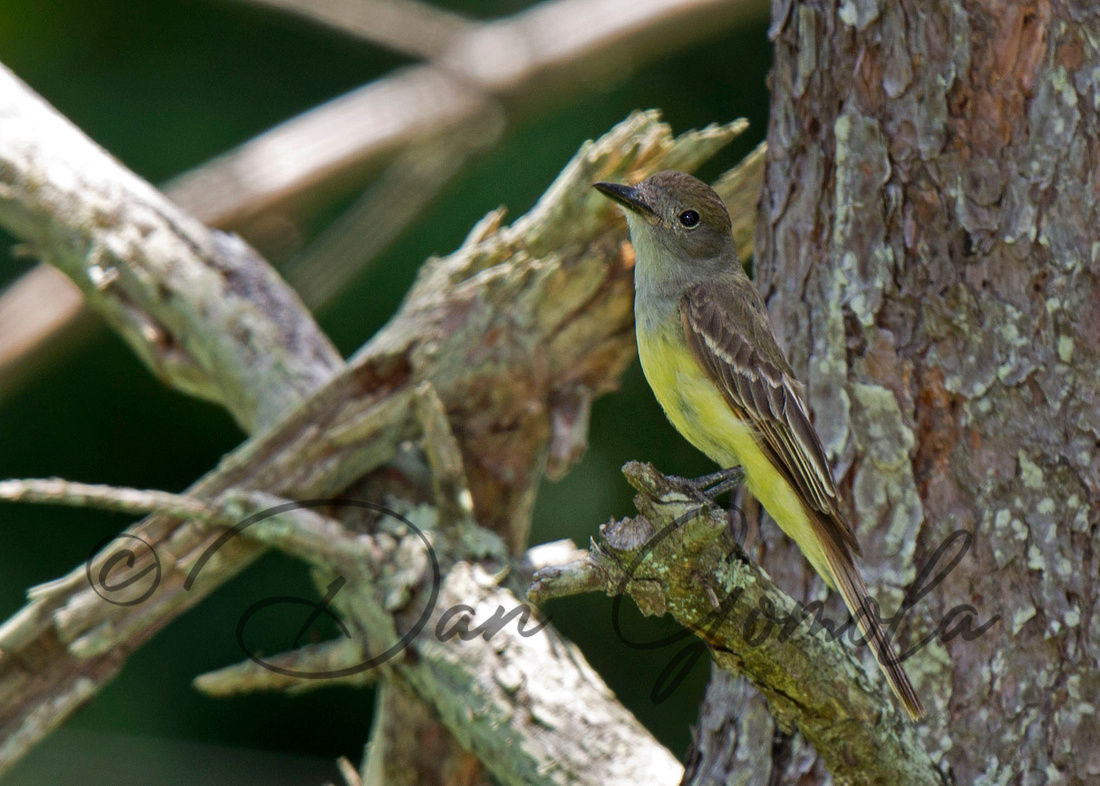 That wraps up another trip to Benezette, PA.  I saw elk but didn't photograph any.  As you can see, we had a fulfilling day in "God's Country" but now my sights are set on September and the exciting experience of the PA elk rut.