Can you guess the three Thrush's?

One is a Hermit Thrush, one is a Wood Thrush and one is a Swainson's Thrush.

Scroll down on to see the answer and a few differences between the three. 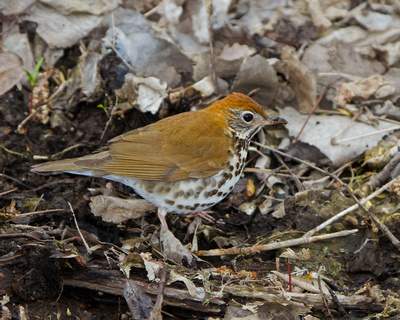 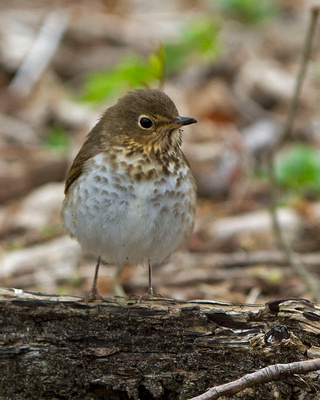 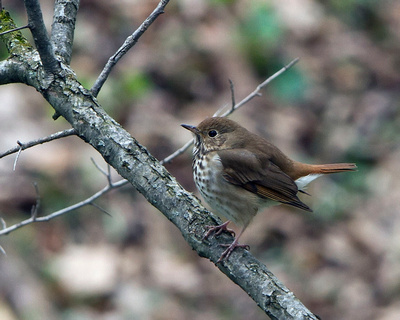 All three of the thrushes in this blog post have beautiful songs that can be heard ringing through the deep forests of Pennsylvania.  I recently had encounters with a Wood Thrush, a migrating Hermit and Swainson’s Thrush.  I thought it would be interesting to draw some comparisons between the three since they are all so similar.

The Wood Thrush uses its cinnamon brown upperparts as camouflage as it scraps for leaf-litter invertebrates in the forest.  If it pops up to look around, you will see its boldly spotted breast. 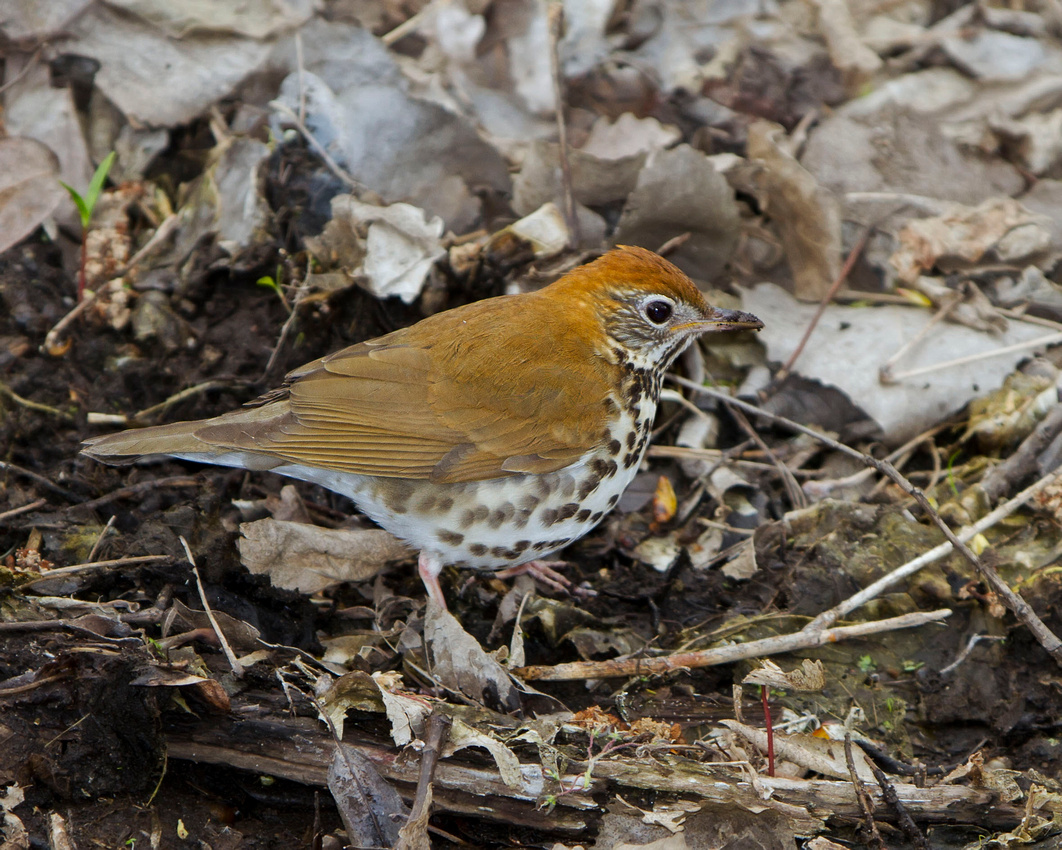 The Hermit Thrush, considered a migrant in Western Pennsylvania, goes unnoticed while lurking in the understories of forests in summer.   It is the only one of our brown, spotted thrushes with dull brown upperparts and a strongly contrasting rusty tail. Frequently flicks its tail. 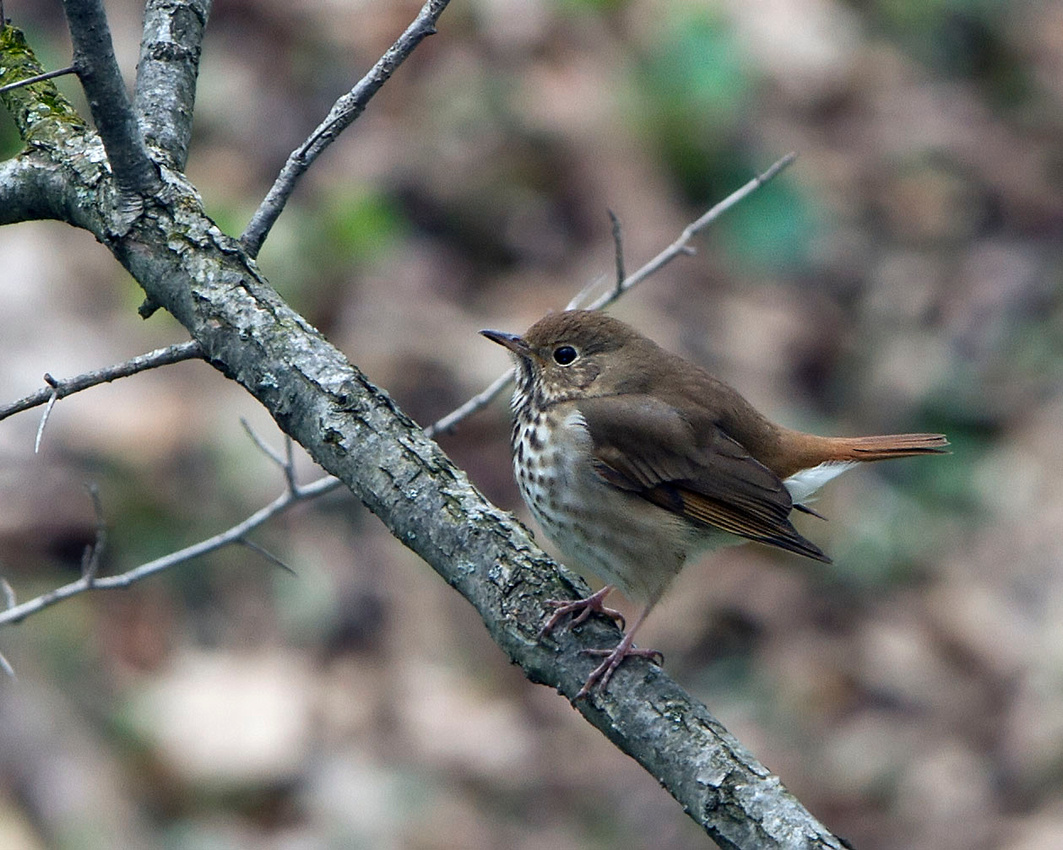 The Swainson’s Thrush is nearly a total migrant in Pennsylvania.  Its song, while perhaps not as beautiful as that of the Hermit Thrush, is better known to most bird-watchers because it sings more frequently during migration.   It is also a ground-dwelling bird of the northern forests. 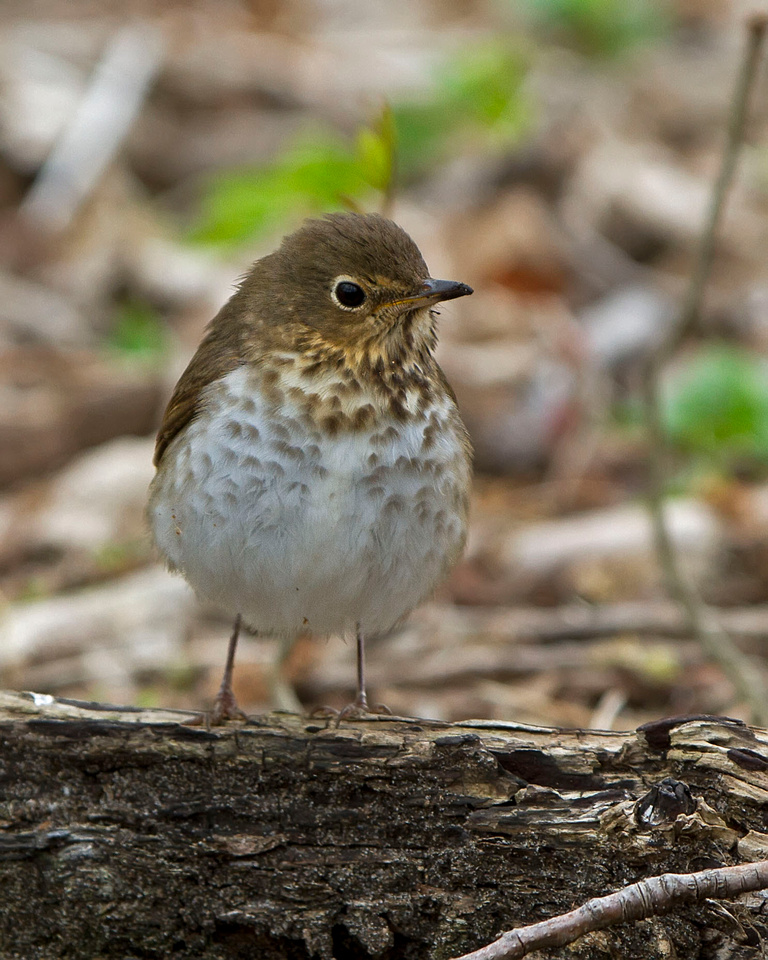 How did you do?