The Green Heron is about the size of a crow, a lot smaller than its cousin, the Great Blue Heron.  As a summer resident, it will breed in Pennsylvania.  The Green Heron prefers weedy wetlands where it can perch above the water and watch for frogs and small fish.  It is known to place small objects like twigs or feathers into the water to attract small fish.

Photography note: I found this Green Heron along the shores of Lake Arthur in Moraine State Park about 7:30 p.m. on an overcast day.   Based on the distance, I knew I'd be cropping the photos about 50% so the highest iso I used was 640 on my Canon 5D mark III.  This camera handles high iso's very well but noise shows up more in darker photos and severe crops enhance it.  Even at that iso, shutter speeds averaged about 1/80 second causing blur in quick movements.  The subdued evening light, however, made it possible to see the glimmer of its velvet green back and wings. 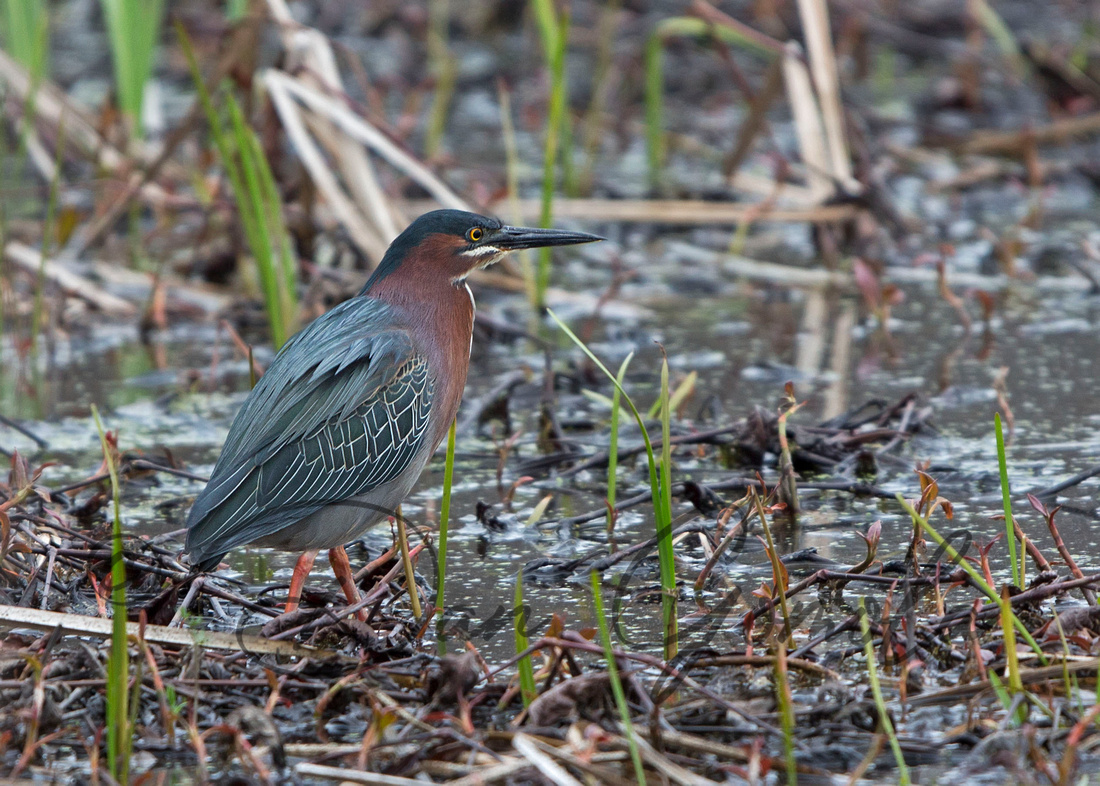 Sometimes, it looks like he doesn't have a neck. 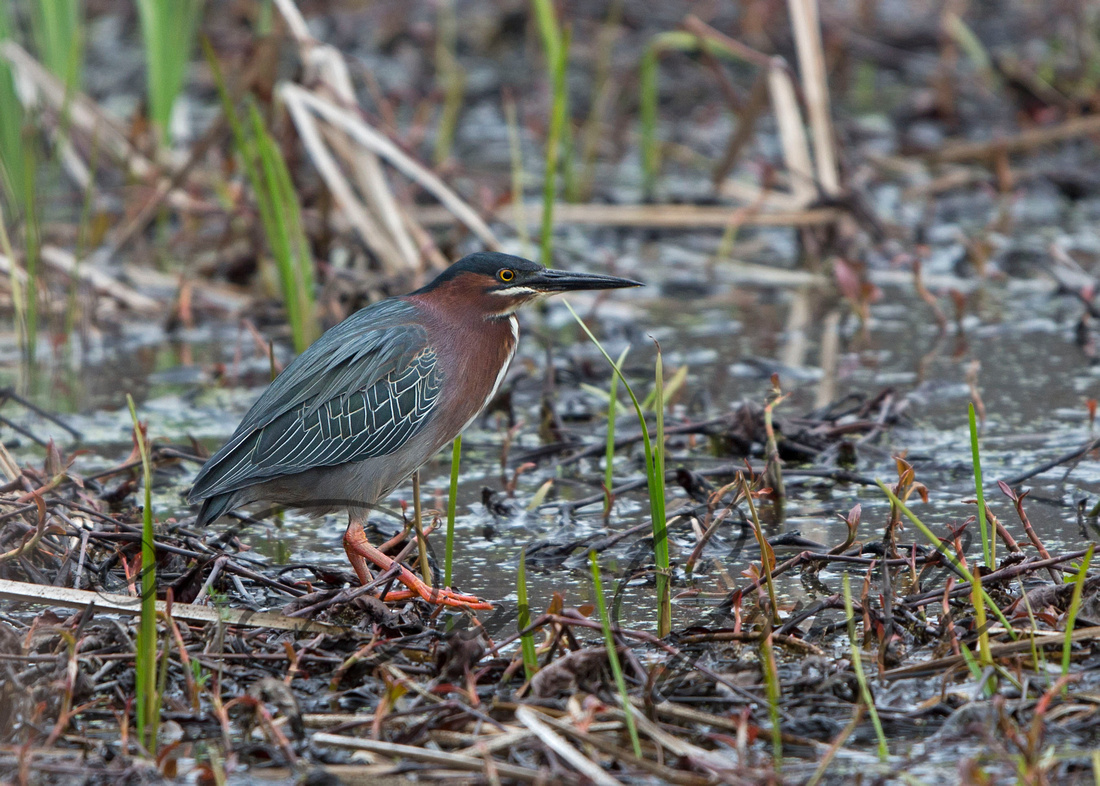 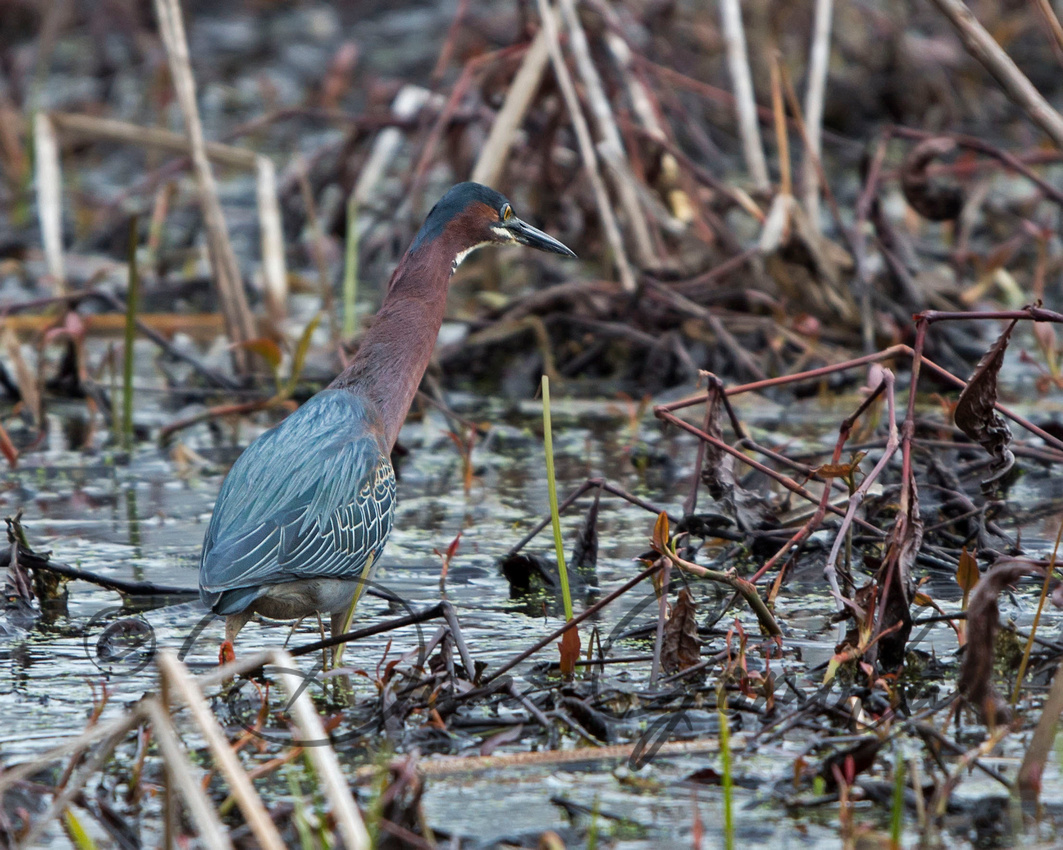 When he gets excited he will raise his crest. 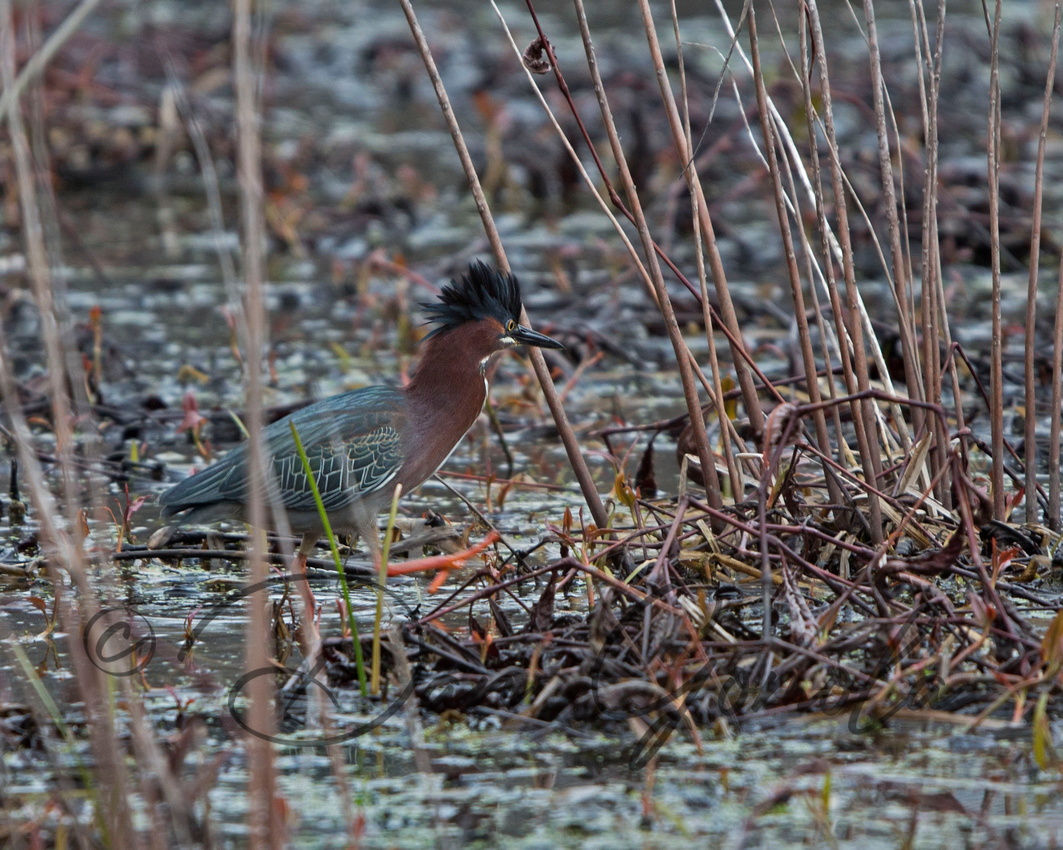 Crossing a clump of grasses.  The fishing is always better on the other side.  Right? 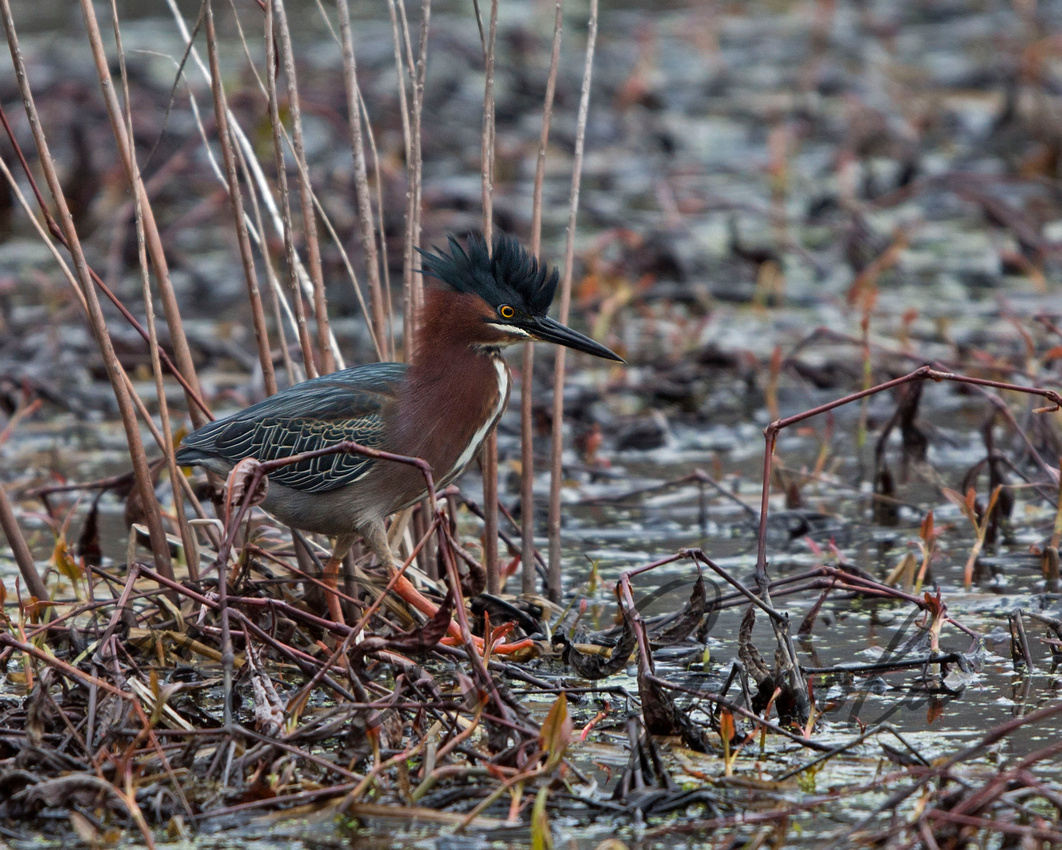 Sneaking up on me! 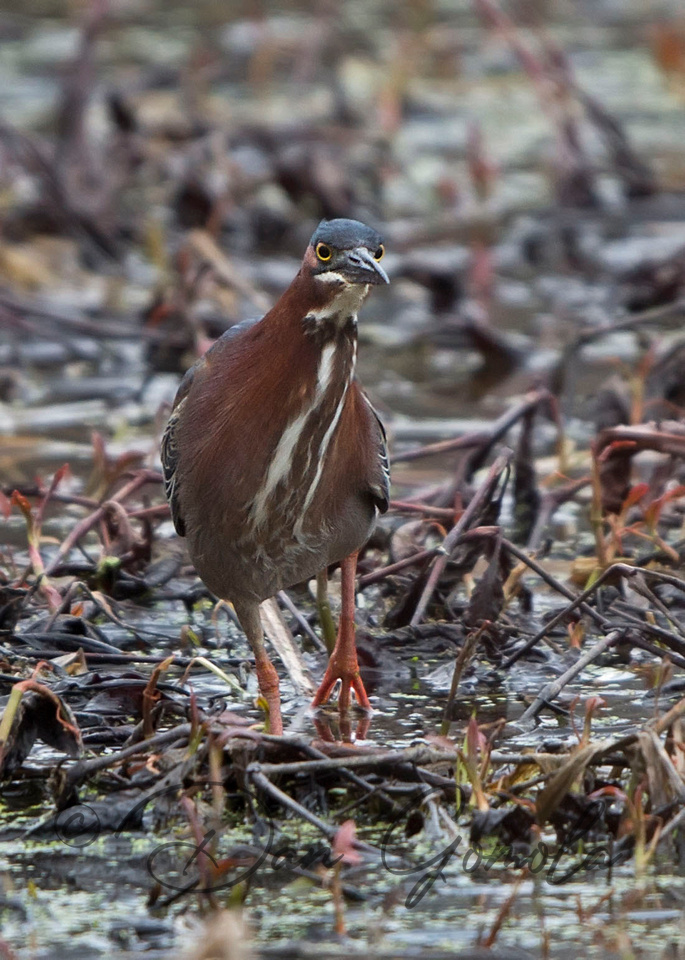 Gotcha!  It's not much but it's what they like. 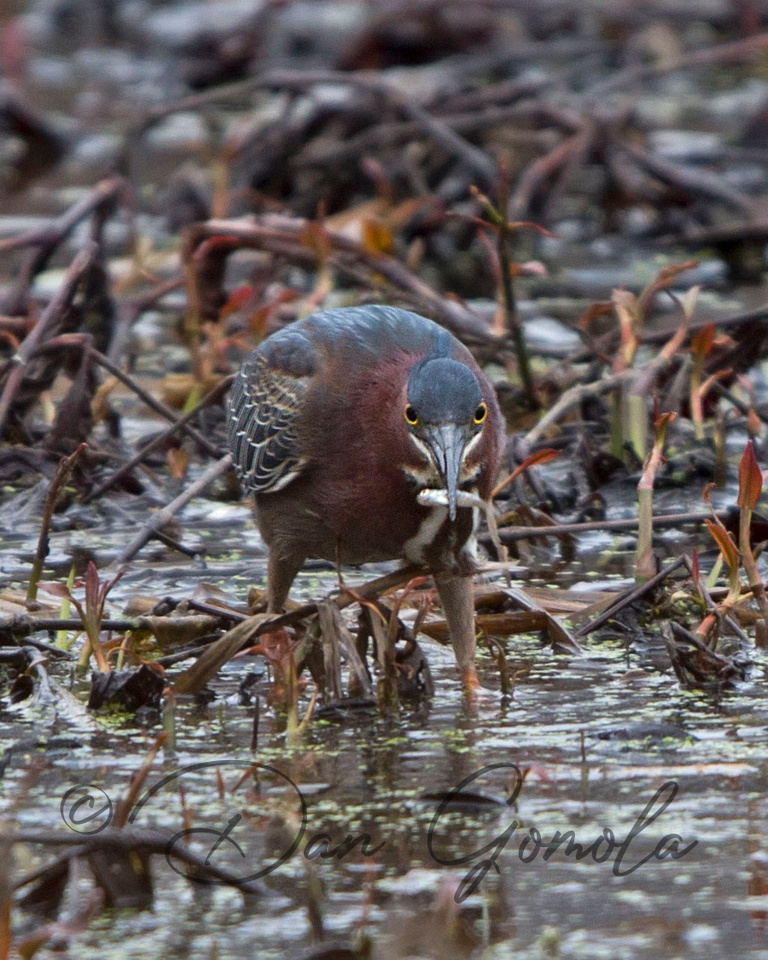 Green Heron with a minnow

Not yet full, he waits patiently for his next course. 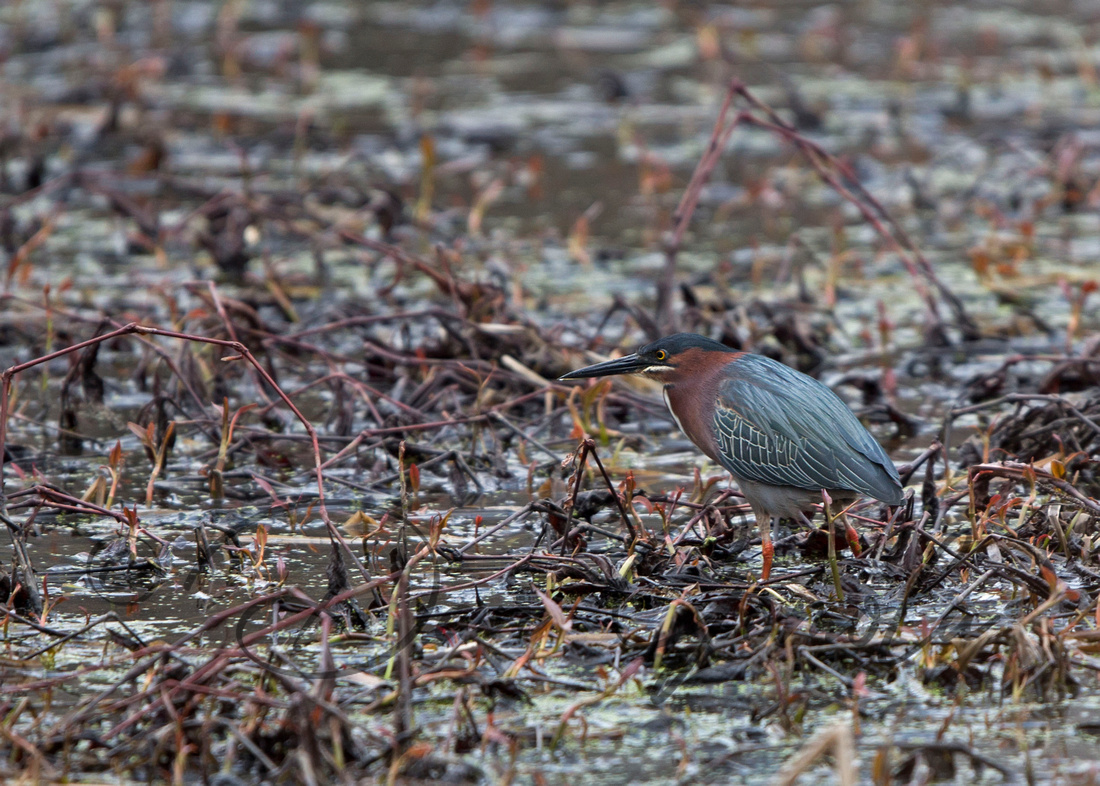 The Green Heron caught three little minnows in the 20 minutes I photographed him.  It began to get too dark and he started walking in the other direction, so I called it a day.