I'll admit, I think I have become obsessed in trying to get a great shot of a Yellow Warbler.  They navigate the thin, tangled branches of high shrubbery and trees searching for insects.  Occasionally, one will pause to sing.  However, most of the time they are heard but not seen.  This time, the little singer paused for a short song and I was able to capture this image. 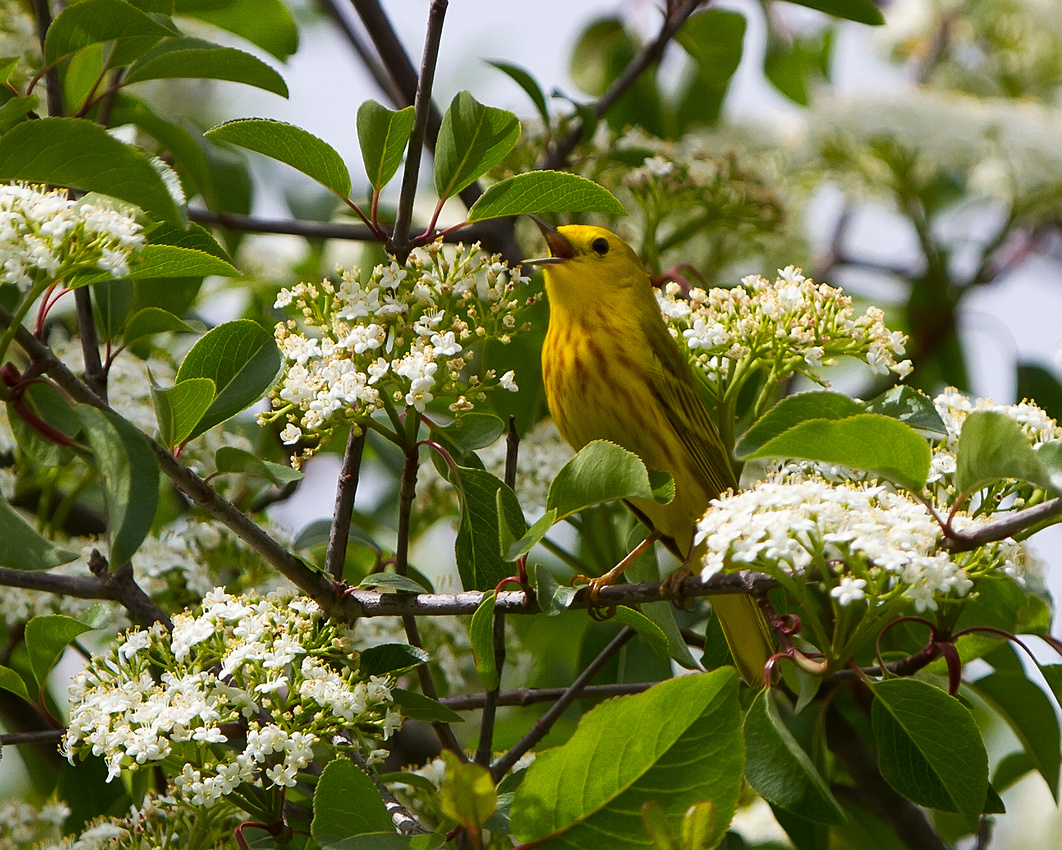 It was a very windy day at Moraine State Park and was pretty neat that this warbler could hang onto the tree limb and continue singing.  Below is a short video clip of a Yellow Warbler singing and answering another Warbler's song.  I wonder what they are saying!

This next photo is probably the best Yellow Warbler shot I ever got.  Maybe now I can give it a rest and focus on other wildlife. 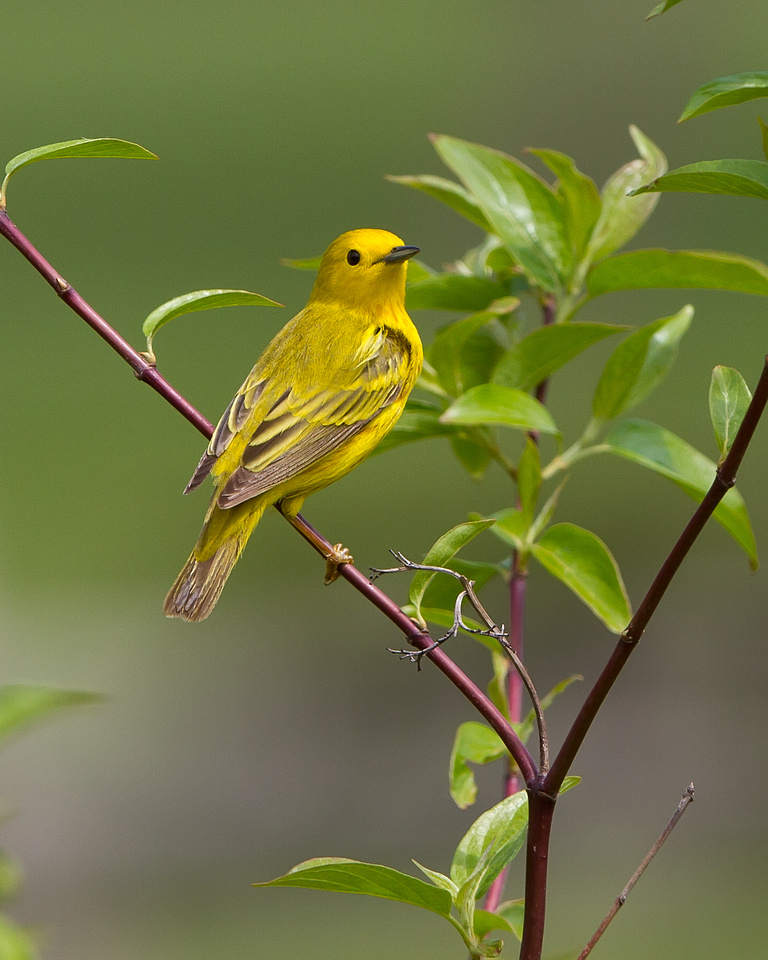 The Eastern Phoebe is a small bird that is usually found near water. It will perch in branches watching for insects to fly by. When it sees one it will fly out, grab the insect, and return to its perch. Although I've seen them at Moraine State Park, this Eastern Phoebe was photographed at Pymatuning State park. 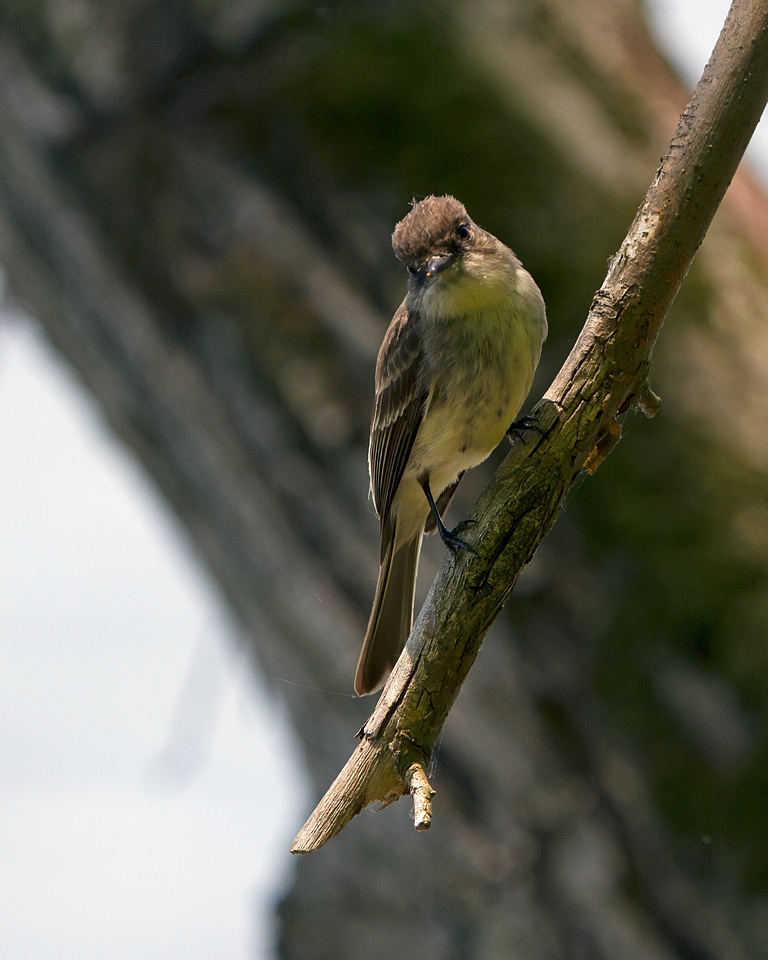 The White-breasted Nuthatch is a woodland bird usually seen hopping headfirst down tree trunks in a circular pattern.  While most other birds travel upwards, the upside down Nuthatch will spot seeds wedged in the tree bark that other birds will miss. 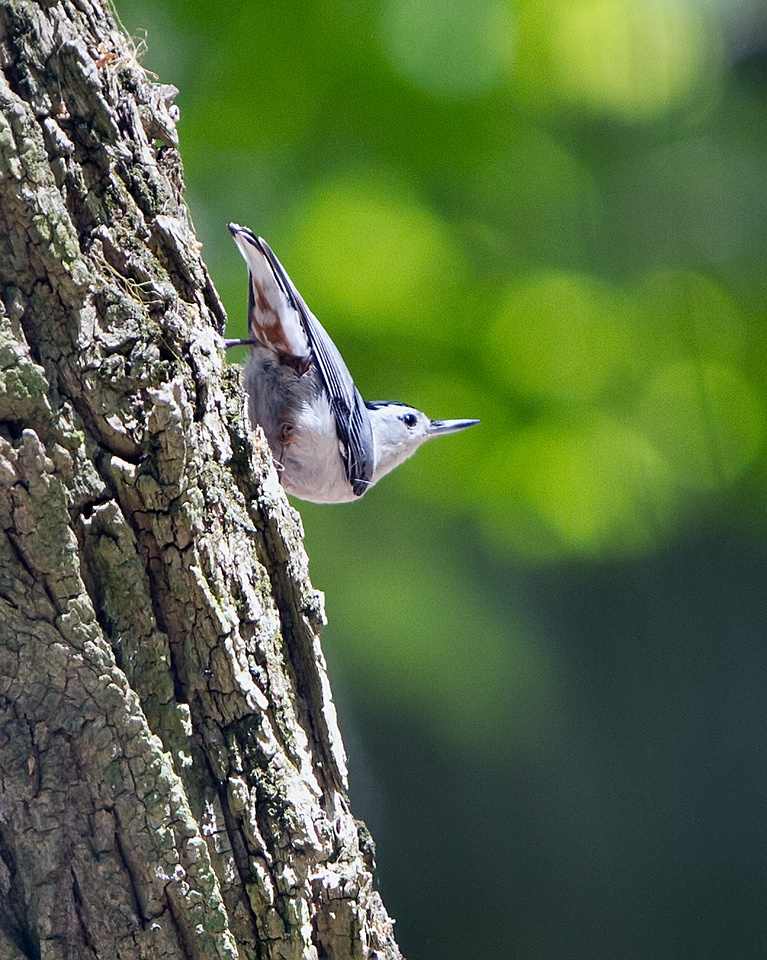 I haven't seen very many ducklings or goslings in the area yet.  Here is a small family spending time on the water of Lake Arthur. 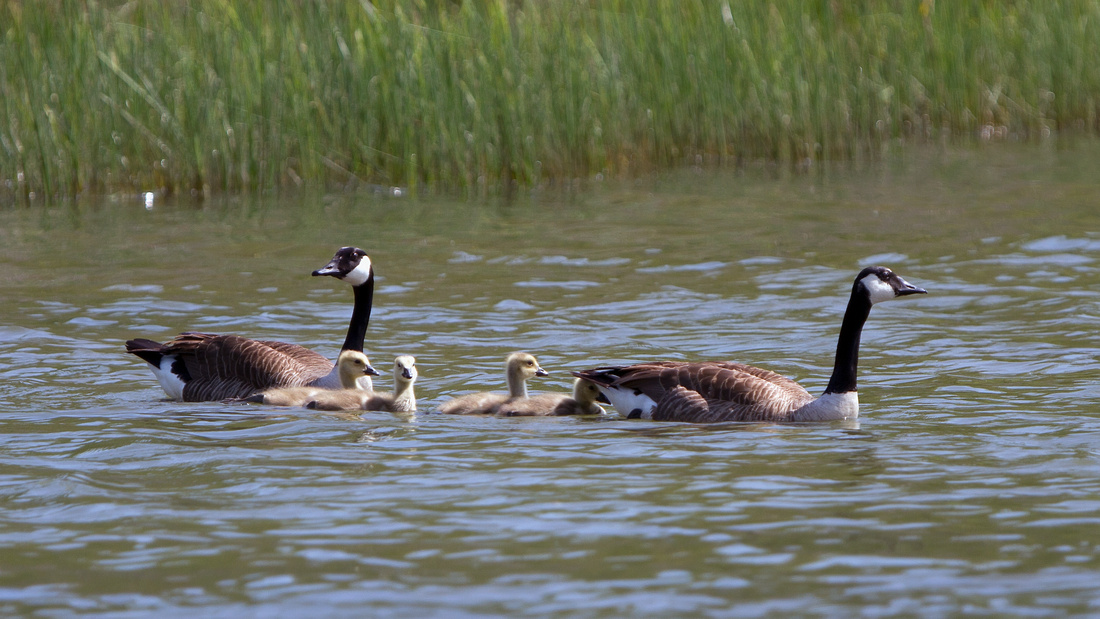 This White-tailed deer was walking through my backyard last Sunday morning.  The transition of its coat from winter to summer is very evident in this evenly lit image. 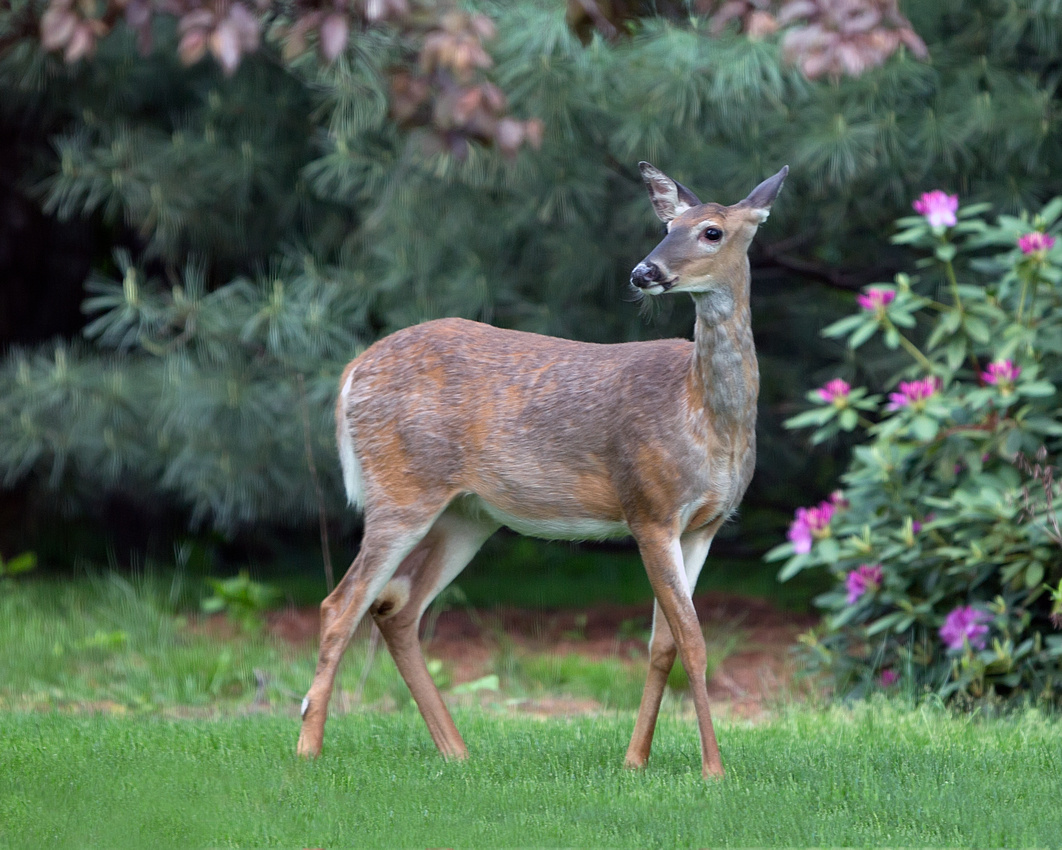 Raccoons are very good climbers and, being nocturnal, they spend most of the daylight hours in trees. I have seen this shy raccoon several times and it's usually reluctant to come out while I'm nearby. 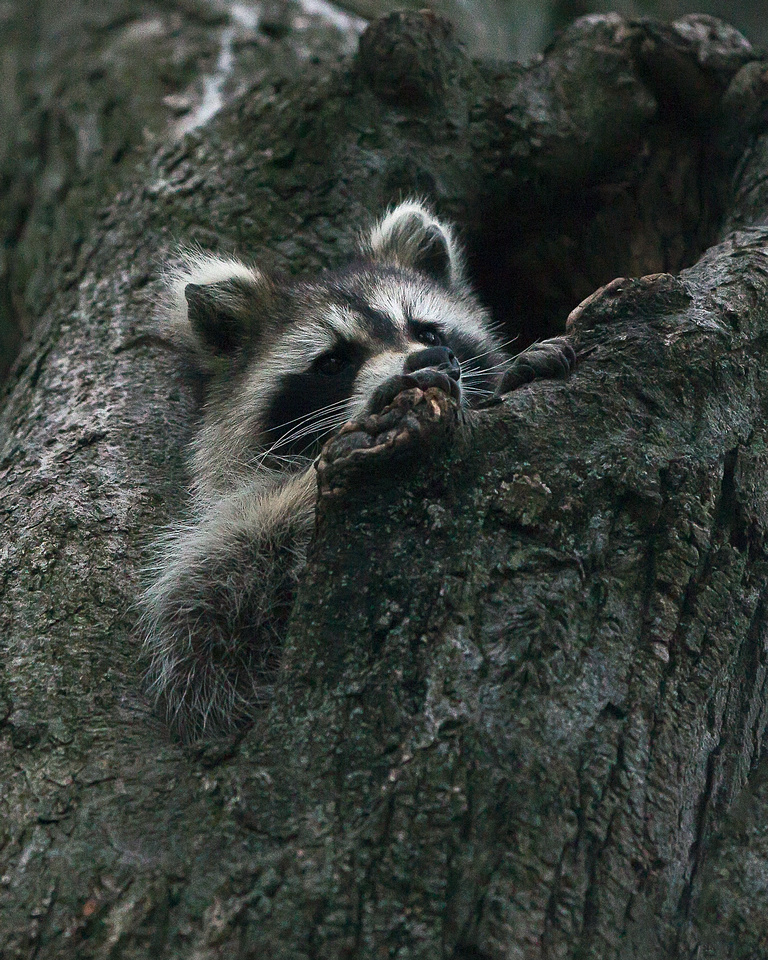 The Eastern Chipmunk prefers a habitat of open deciduous woods with plenty of stumps and logs. That is where I found this young chippie. 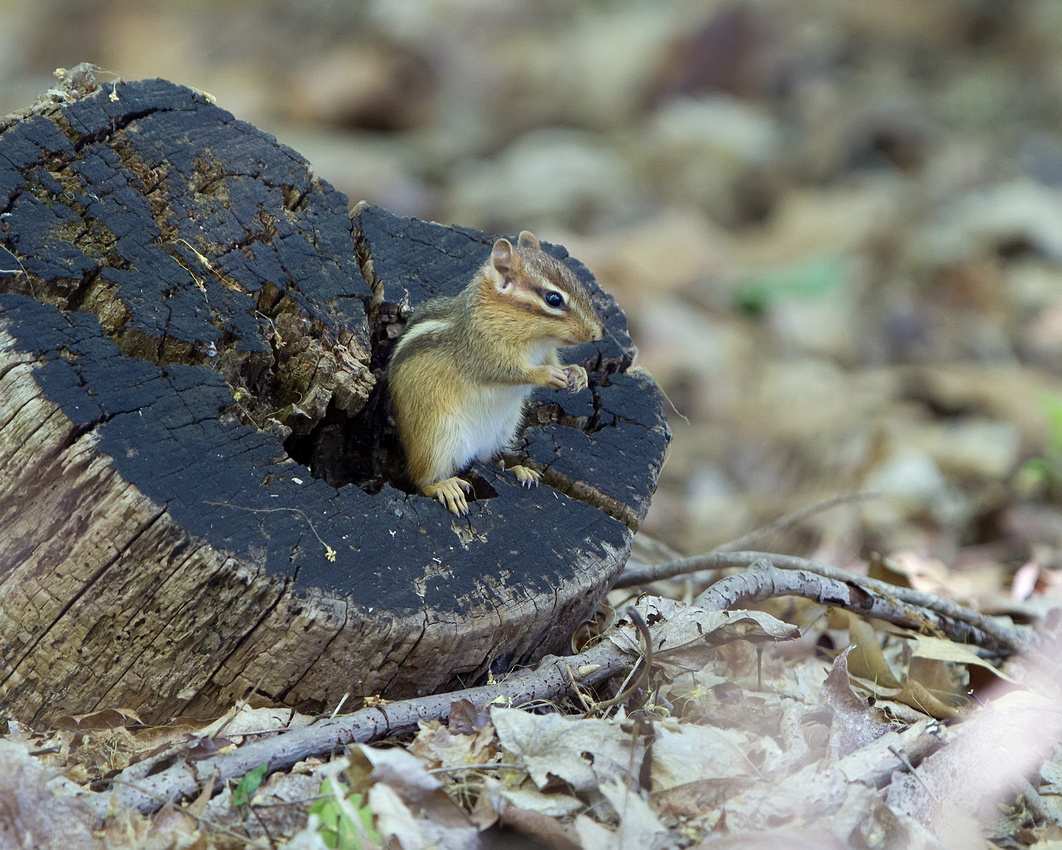 Wildlife habitat is disappearing as shopping centers, housing developments and highways take over open land.  Chipmunks can adapt to some change but, unfortunately, many other wildlife species cannot.