In the past month I made two trips to Elk County, PA to see the Pennsylvania Elk.  A mature male elk stands 50-60 inches at the shoulder and weighs 600-1000 pounds. Females weigh 500-600 pounds.  They are quite a sight.  Maybe I'll get to Benezette again this winter to photograph elk in a winter setting. 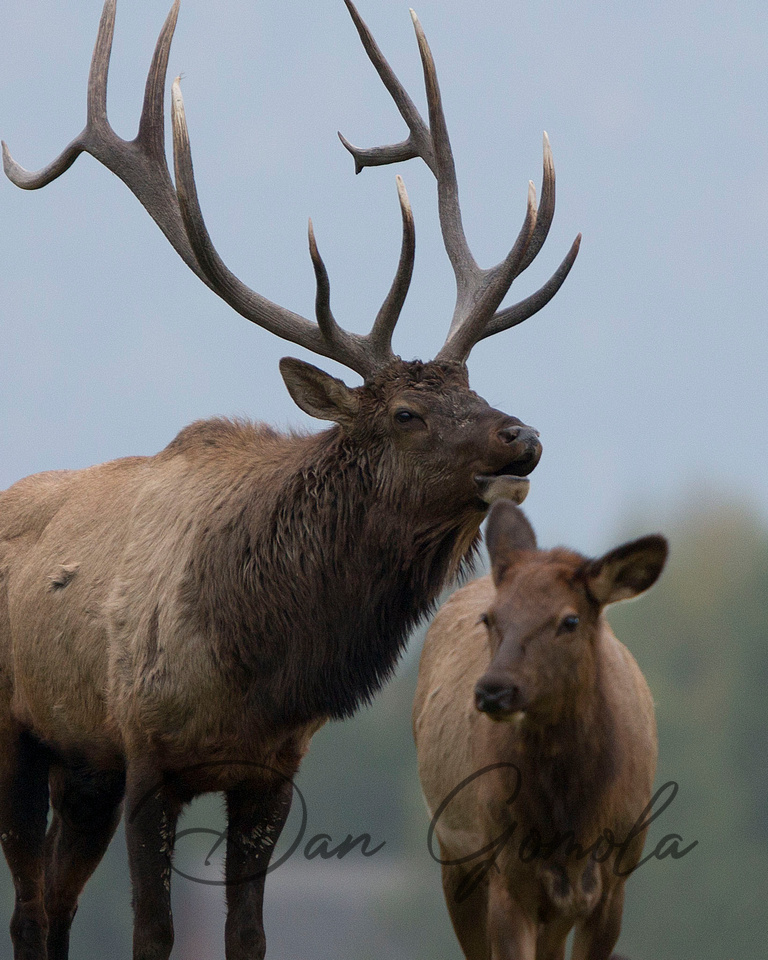 A few days ago I went to the woods in Moraine State Park to find birds.  The difference in weight between last week's subject (elk) and the 2.0 ounce Northern Cardinal is great, but I'm equally happy to be able to photograph both.  This Cardinal was one of the noisiest birds in the forest that day.  It chirped constantly as it searched for food. 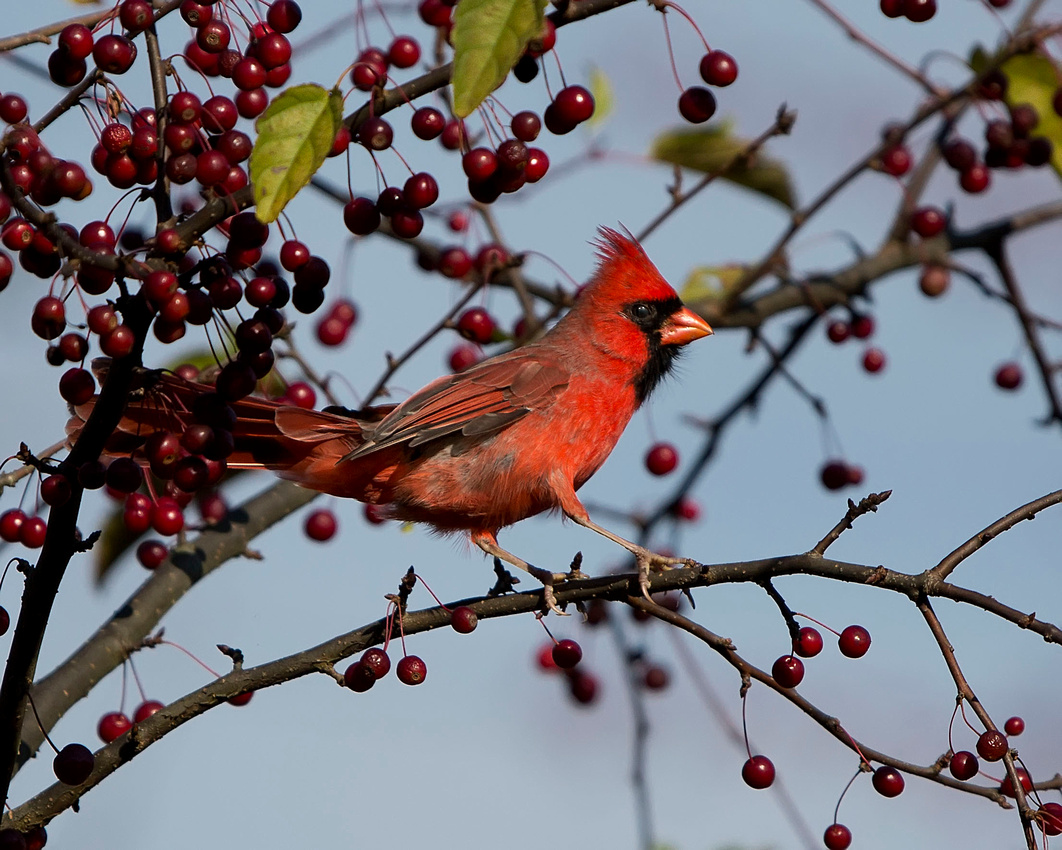 I thought I saw a female Common Yellowthroat flitting through the woodland shrubs but then I saw a splash of red.  There it was, a Ruby-crowned Kinglet.  The first one I was ever able to photograph.  The Ruby-crowned Kinglet, weighing only .2 ounce,  is the second smallest bird in Pennsylvania.  It moves about the shrubs quickly with a wing-flicking behavior that is believed to startle insects into movement, making the insect easier to see.  For that reason, it is very hard to capture this bird in a photograph. 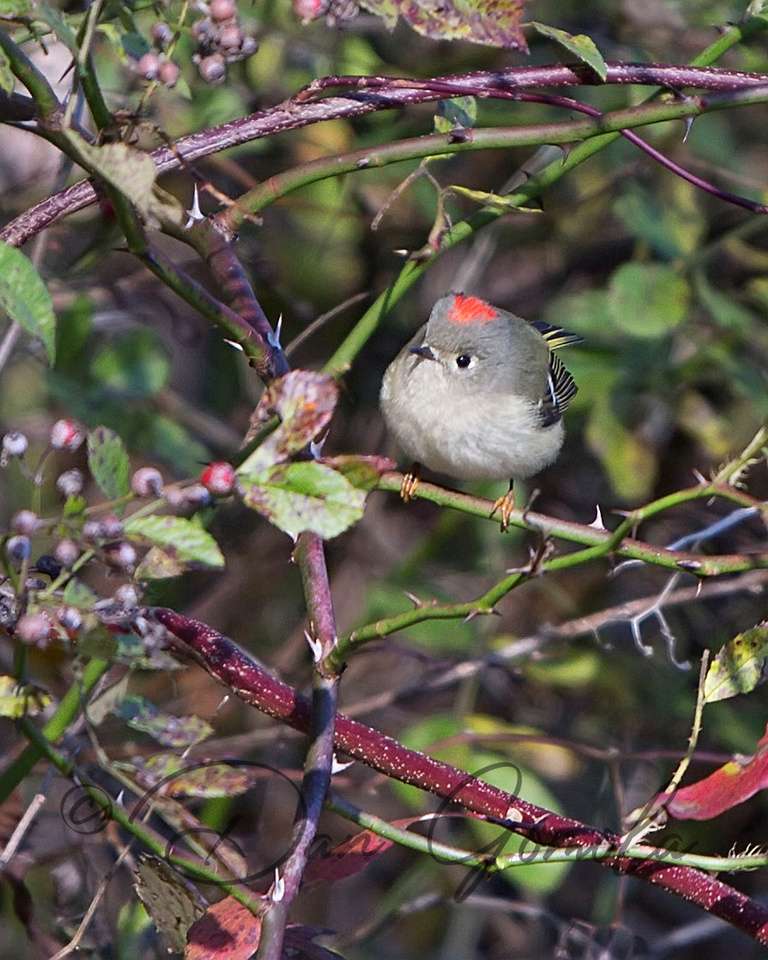 According to birding sources, you can find approximately 20 different species of sparrow, at any given time, in the state of Pennsylvania.  Most of the sparrows I see are the most common species like House, Chipping, and Song.  The White-throated Sparrow is a winter resident in western Pennsylvania.  This may not be the first White-throated Sparrow I've seen, but it's the first I've ever photographed. 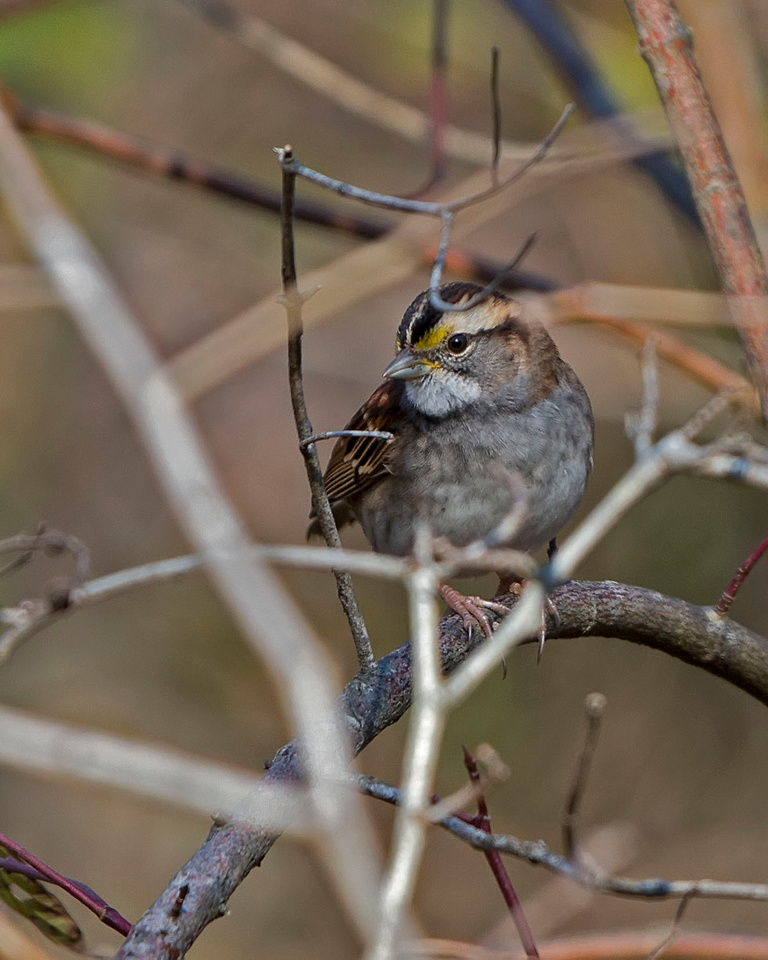 I've posted several photographs of the little Red Squirrel.  This one, with its arms folded across its chest, looks as if it is smiling at me. 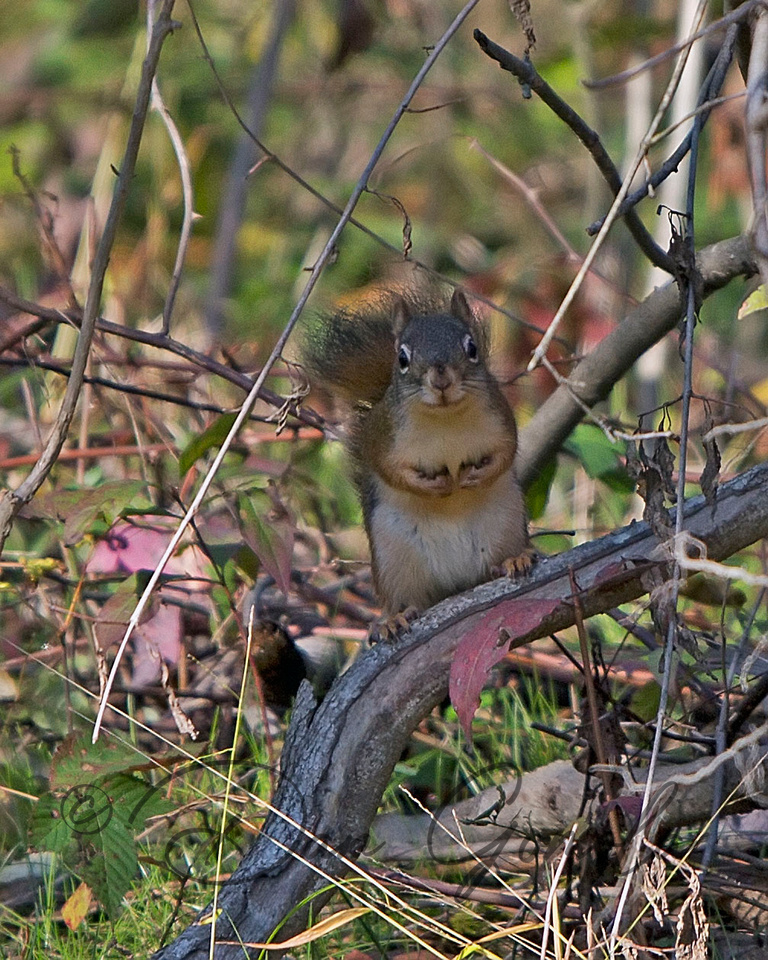 Another species of bird, the Eastern Phoebe, is a popular subject on my website and photo blog.  As I've stated in other blog posts, this bird will perch near water and fly out to catch insects in flight and return to its perch.  This day, I was able to capture that.  Below is a photo of an Eastern Phoebe perched on a dead branch sticking out of the water.  It watched the water for insects and flew out several times to catch them. 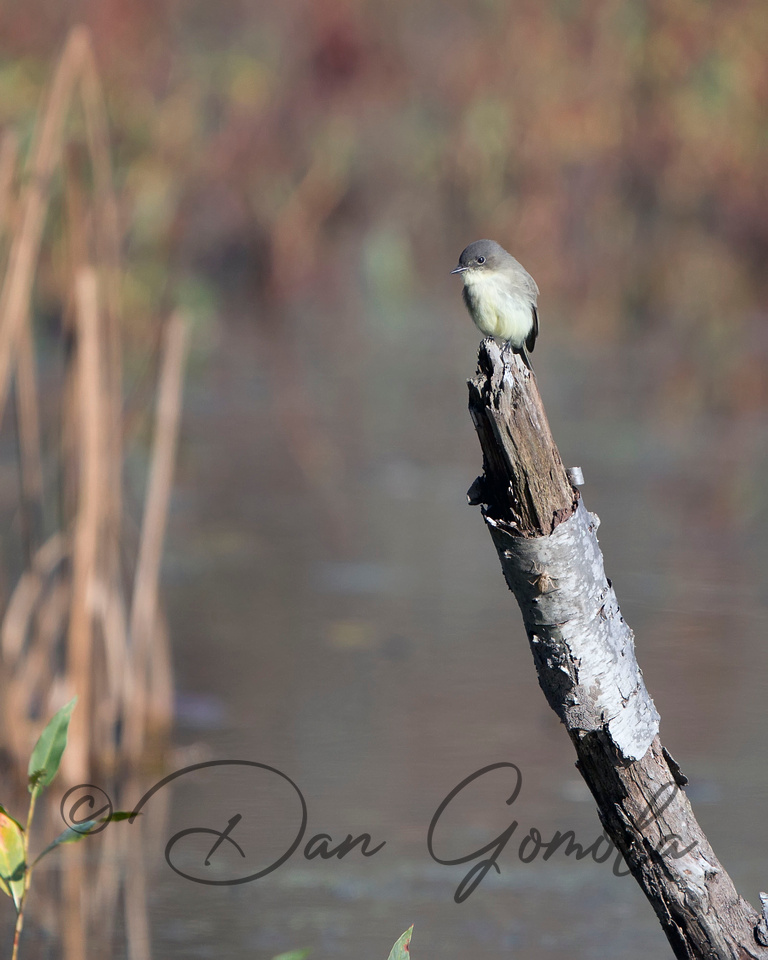 This round trip came up empty as the movement it tried to catch is a little snake.  See the head sticking out of the water?  At first I thought it was a small fish but it is in the same spot in several other photos. 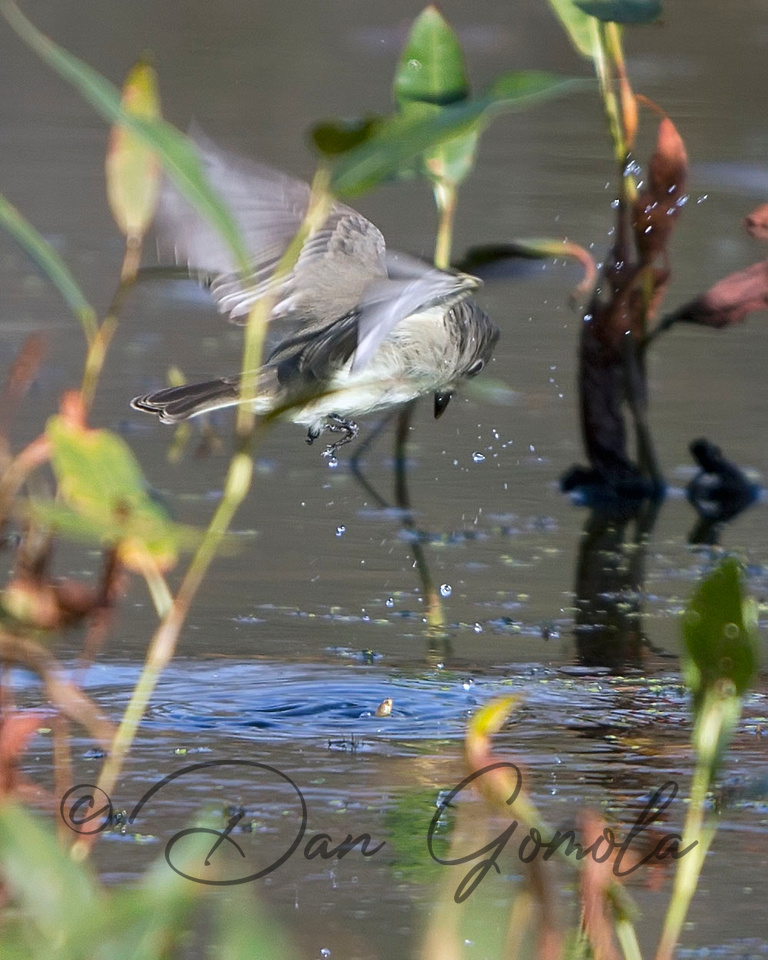 It was a chilly 34 degrees when I arrived at Moraine State Park that morning but it didn't take long for the sun to warm up the autumn landscape of Lake Arthur.  Soon all the leaves will fall from the trees and our landscape will change dramatically.  The different landscape will probably introduce different species of birds searching for food in different ways.  They will no longer find insects under leaves.  It will be interesting to watch, and hopefully, I will be able to record their quest for food as the snow falls. 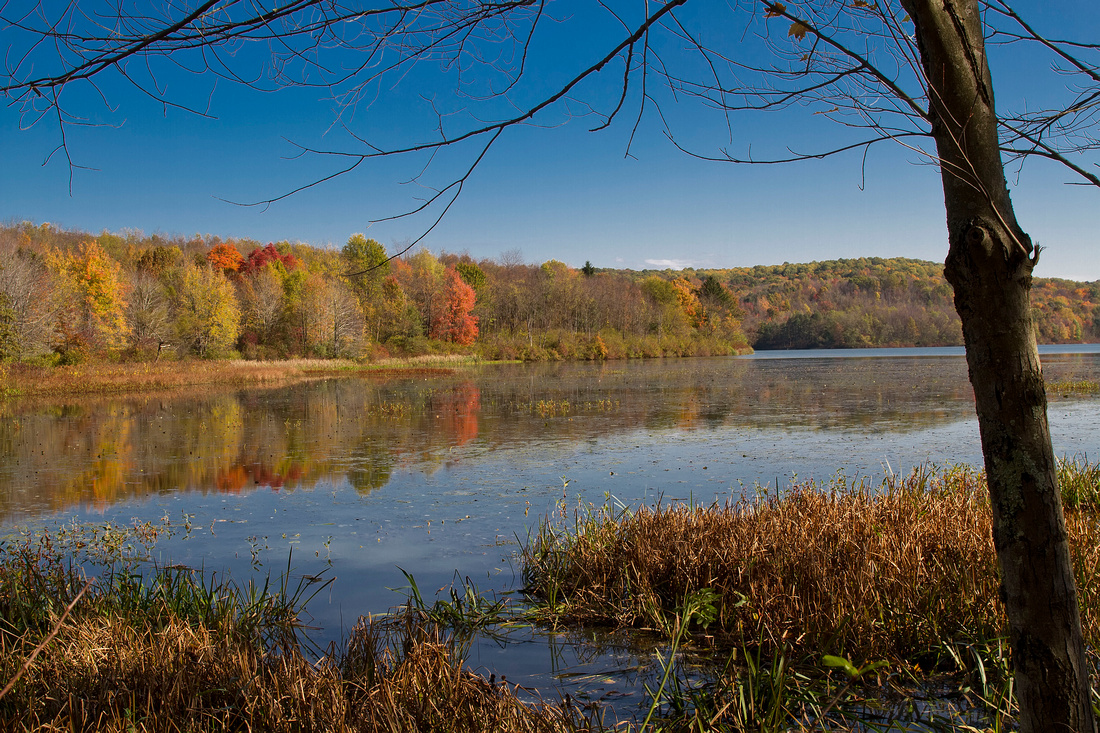 To view more photos taken this day, please view the end of the following galleries.